Exclusive: ITZY Is Ready To Fly High As They Wrap Up 1st U.S. Tour

After seeing the rookie girl group light up the stage as they wrapped up their first U.S. showcase tour in New York last night, who could argue otherwise?

Less than a year after they first burst onto the K-pop scene with their debut single “DALLA DALLA,” which went on to become one of the year’s biggest hits, ITZY took the United States by storm during their five-city premiere showcase tour “ITZY? ITZY! in USA.”

On January 26 local time, ITZY proved exactly why they’re one of K-pop’s most promising rising stars at Brooklyn’s Kings Theatre, the final stop of their stateside tour. Bright-eyed, bushy-tailed, and full of spirit, the five members radiated energy and exuberance throughout a fun night that kept their fans smiling. The idols never missed an opportunity to joke around and interact with the audience members, giving the showcase a playful, personal vibe that allowed them to put their charming personalities on full display.

But perhaps even more importantly, ITZY proved that the K-pop world is their oyster through a series of dynamic performances that highlighted their versatility. Although the group only has two comebacks under their belt thus far, both “DALLA DALLA” and “ICY” have established their brand as fearless, confident, and empowering: both songs’ lyrics emphasize the importance of being yourself and loving who you are, no matter what others think or say. And while the spirited, cheerfully rebellious concept behind those two title tracks definitely suits ITZY to a tee, the girl group’s other performances hinted at the possibility of a broader range of concepts in the future.

The idols’ untapped potential particularly shone through during the cover segment of their showcase, in which ITZY dove into an adorable rendition of TWICE’s “TT“—then gave their fans whiplash by jumping immediately into a powerful version of GOT7’s “Hard Carry.” It isn’t easy to pull off two concepts that are so wildly different, but ITZY’s impressive duality made it clear that they are more than capable of branching out musically in the future.

The group also thrilled fans with their sultry performance of “Cherry,” a fan-favorite B-side from their first mini album “IT’z ICY.” Although the song has a great deal in common with ITZY’s title tracks in terms of its message, the slightly more mature, seductive vibe of “Cherry” gave the members an opportunity to showcase another side of themselves, making it hard not to look forward to what else ITZY has up their sleeve for the future.

It’s not just ITZY’s lyrics that are confident. The ITZY members are expert performers who make it easy to forget that it hasn’t even been a full year since they debuted, and their buoyant confidence was visible throughout their performances—as well as their remarks, in which they both humbly expressed their gratitude to their fans and revealed that they were excited and ready to take on the world.

When asked what kind of mascot they wanted for the group, Yuna replied, “Unicorn! Let’s keep pushing for this from now on. We’re unicorns.” Revealing that she had her bandmates’ members names saved with unicorn emojis in her phone’s contacts, Yuna explained, “[It’s because] the five of us are free spirits who can fly around. And they’re really special. Unicorns are very special.” Chaeryeong added, “Before our debut, we called ourselves unicorns, back when we didn’t have a group name yet.”

Lia also confidently promised more than once that the group would return for another tour soon. At the very beginning of the show, she remarked, “We’re so sad that it’s the end of our showcase tour. But we’re going to be back, of course. We’ll try our best to come back as fast as we can.” Later on in the evening, Ryujin echoed the sentiment by declaring, “We will definitely come back here, so please be with us then too. See ya.”

Towards the end of the night, Yeji told the audience, “Thank you for coming to our showcase. Thank you for making good memories. I was really happy today. I will never forget [it].” Chaeryeong teared up as she emotionally agreed, “We’re really happy to be here… As we kick off 2020, I think the fact that we met you will give us a lot of strength throughout the year, so I want to tell you that we’re really grateful. I will never forget. We hope to see you again.”

Lia added, “As we [toured] first Asia and then the U.S., as we went on… in each and every place, all of our MIDZYs [ITZY’s official fandom] were so wonderful. You guys were so great… we’re just grateful that [the venue] is full and you guys are all here. It’s just amazing to see all of our MIDZYs like this. Thank you guys so much.”

She then went on to repeat her promise from earlier in the night, commenting with a laugh, “Okay, Chaeryeong’s ‘I hope to see you again’ was really sad. I don’t know why. It almost made me cry. But I’m not going to cry, because we are going to see each other again, right? This is only our first tour! Right? And we’re going to meet again, so I’m not going to cry.”

Yuna also adorably declared that she was not going to shed tears, explaining, “I won’t cry. I don’t cry because I’m an Elsa.”

“I felt many emotions [during] our showcase, and it was a very good influence on me,” she continued. “I’m really happy, and I want to give you more energy and more happiness. And I will keep smiling, because someone said to me, ‘Your smile makes me smile.’ So I will keep smiling, and I hope to come back here.”

ITZY ended the night by bringing the crowd to their feet with an exhilarating performance of “DALLA DALLA,” which seemingly had the entire venue dancing and singing along to the hit song’s irresistibly catchy melody.

They then asked their fans to raise their hands and join them in their group’s signature cheer, which seemed perfectly suited to a group that is clearly destined to soar to greater heights: “ITZY, MIDZY, let’s fly!”

Anddd thats the end. Was a fun ride. Cant wait to rest and for their next tour. Til next time ITZY ! #ITZYinUSA #ITZYSHOWCASEinNYC #ITZYInNY #ITZYInNYC pic.twitter.com/emxxLBlFfO 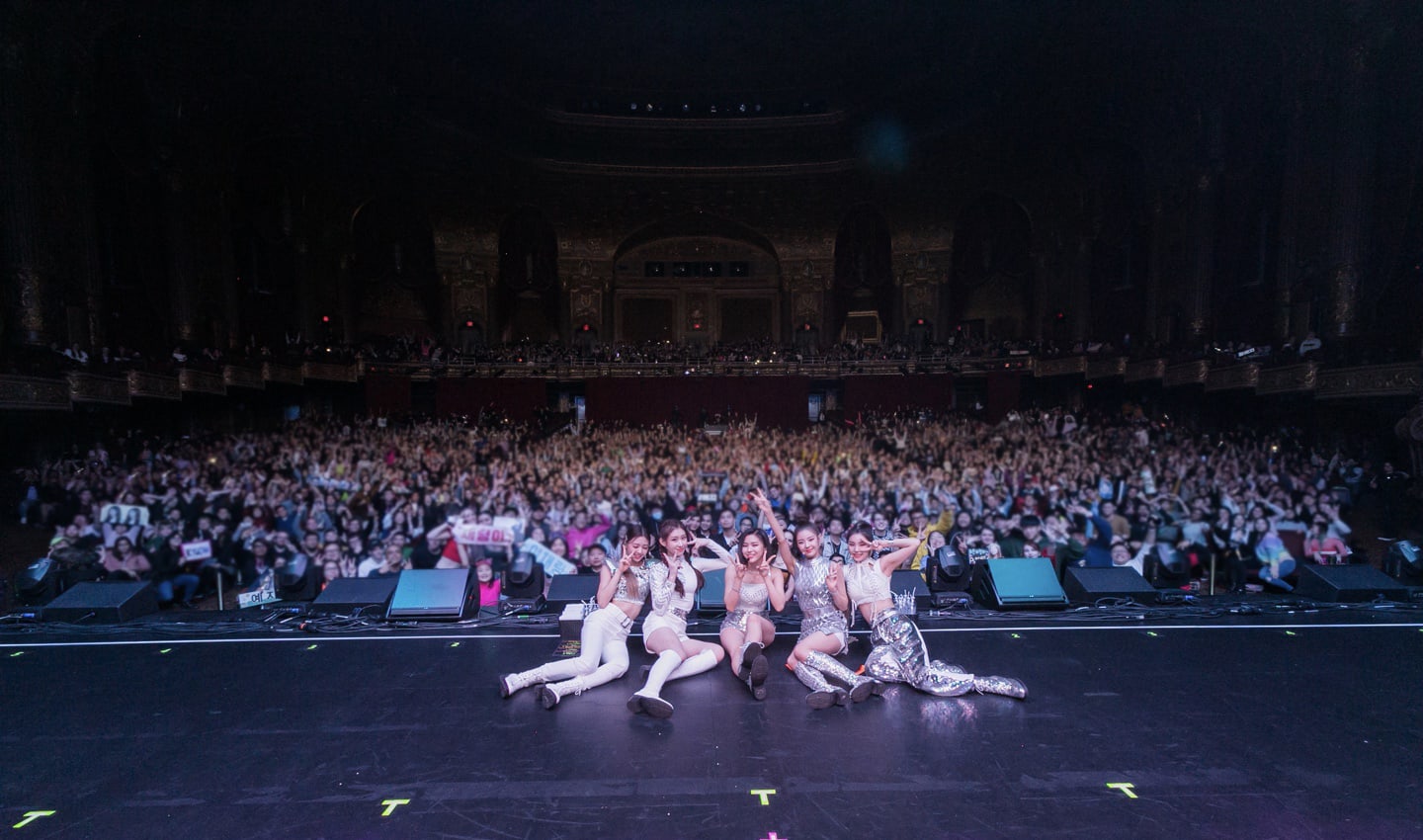 Soompi Spotlight
Soompi Exclusive
ITZY
How does this article make you feel?