BTS Hypes Up Anticipation For Their Return With Special Live Broadcast

BTS has shared excitement for their much-anticipated comeback!

On February 21, BTS held their special V Live broadcast in New York to discuss their upcoming album “Map of the Soul: 7.”

Explaining that it was their first comeback in 10 months, RM built anticipation for their return by sharing that they practiced the longest for this album, holding practices in both Korea and abroad. J-Hope elaborated, “While practicing in the United States, we went on a lot of U.S. shows. The Grammy Awards was the beginning, and we went on a lot of shows, but I was nervous every time we went on broadcast because of my uneasiness regarding [speaking] English. I studied English very hard for ARMY.” He added, ” I want to say that our performances for the new album will be the best to date. Please look forward to them.”

RM commented, “With this album, we’ll face the shadows we’ve hidden until now, and it also contains the ‘ego’ we want to recognize as a part of ourselves. Our team consists of seven members, and this album will be of us seven members looking back on the seven years as BTS together.” Jimin also added that the seven years have been made even more meaningful thanks to the fans. 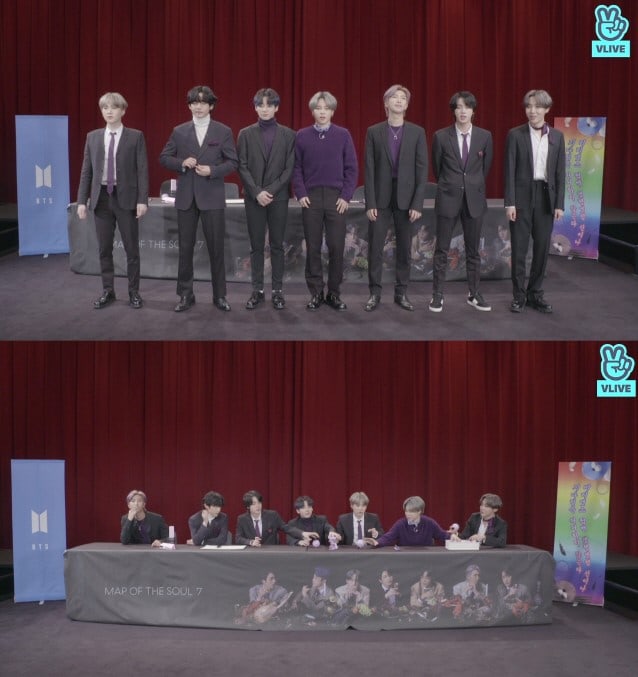 On their appearance at the Grammy Awards, Jimin remarked, “We were able to go because of the fans. It was a valuable experience, and I was able to grow more ambitious as a result. I will work even harder.”

Jungkook also said, “It was the first time we all went abroad to film a music video together. It was very fun. It is worth looking forward to.”

BTS will be making their comeback for “Map of the Soul: 7” on February 21 at 6 p.m. KST with their title track “ON.” Already, they have surpassed 4 million stock pre-order sales for their album. BTS will make their first appearance on NBC’s “The Today Show” on February 21, and they will also be returning to NBC’s “The Tonight Show Starring Jimmy Fallon” on February 24 for a special episode.

Take a listen to the preview of their title track here!

Are you ready for their comeback?