ITZY, NCT 127, Zico, And BTS Top Gaon Weekly Charts + Zico Sets Record For Most Weeks At No. 1 On Digital Chart

Zico’s “Any Song” has broken a record on Gaon Chart!

“Any Song” was the top song on the digital chart for five weeks in a row starting from the first week of its release. IU’s “I Give You My Heart” (from the OST of “Crash Landing on You”) and BTS’s “ON” took the top spot for the two weeks that followed until “Any Song” rose back to No. 1 and broke the record for the most weeks spent as the No. 1 song on the digital chart. 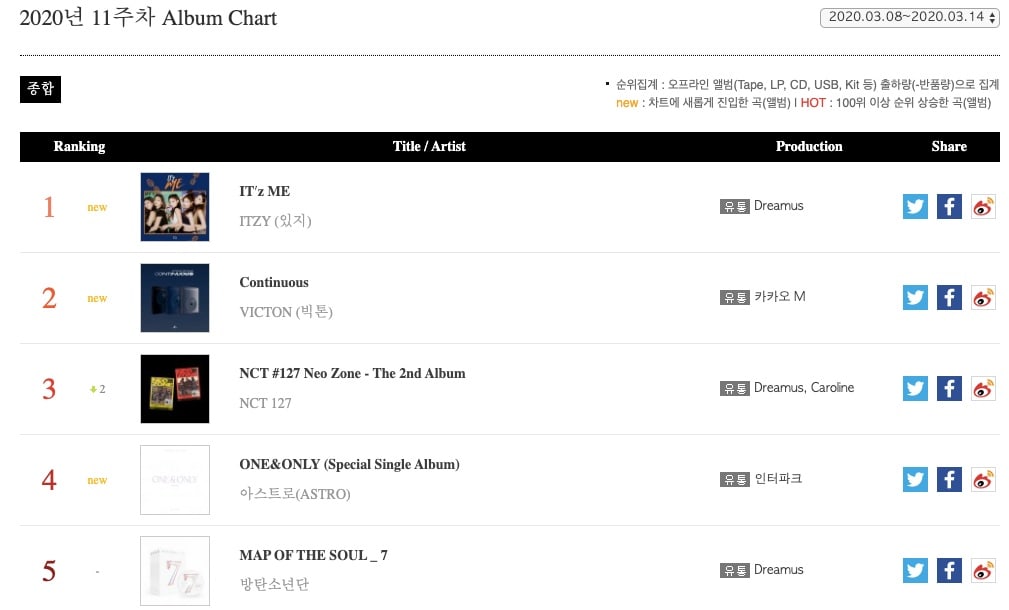 NCT 127’s “Kick It” keeps steady at the top of the download chart and is followed by new entries ITZY’s “WANNABE” and BTS member V’s “Sweet Night” (from the OST of “Itaewon Class”). Both also songs from “Itaewon Class,” Ha Hyun Woo’s “Stone Block” jumps up to No. 4, and Gaho’s “Start” stays at No. 5. 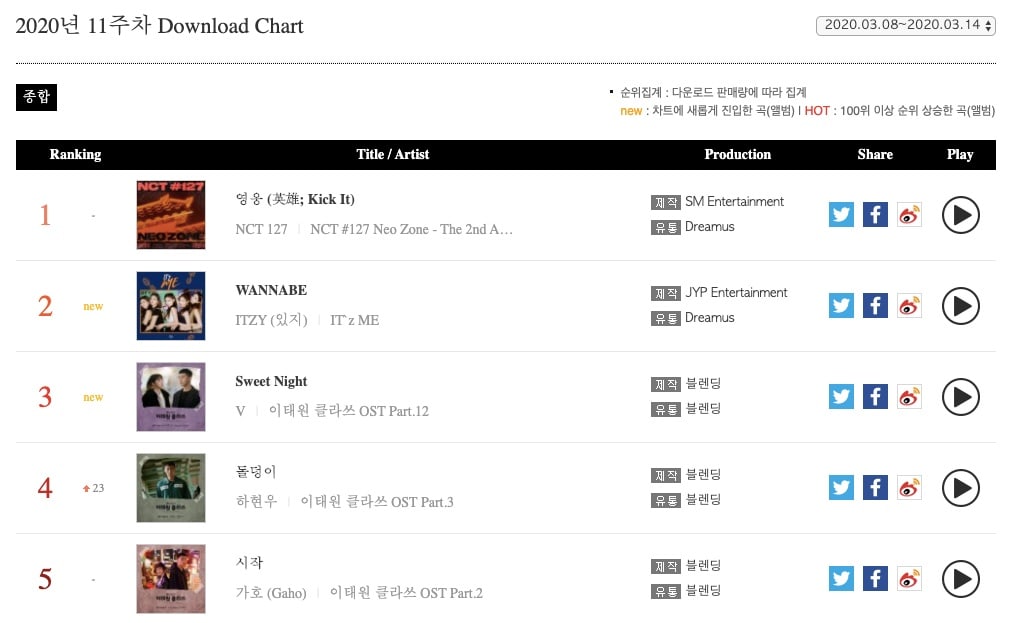 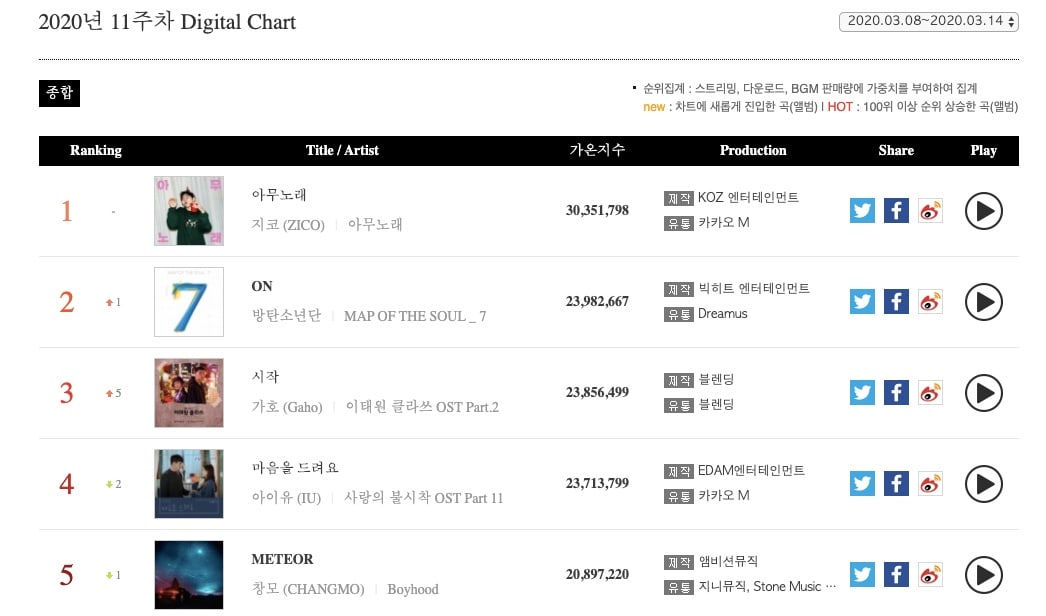 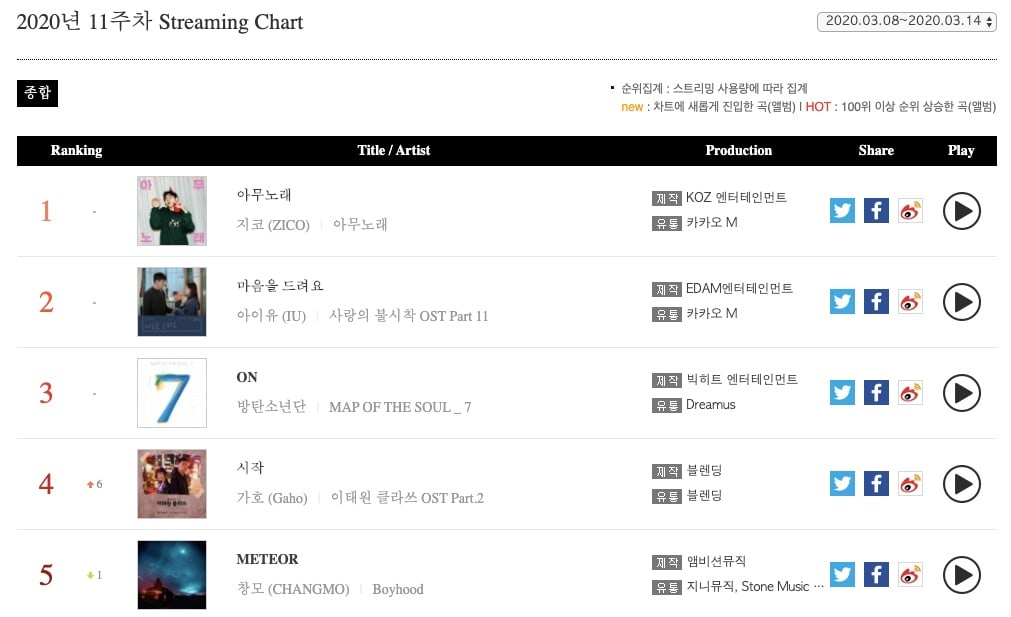 BTS remains the top artist on the social chart and is followed by BLACKPINK, NCT 127, IZ*ONE, and PSY. This week’s chart is almost identical to last week’s, with only NCT 127 and IZ*ONE switching spots. 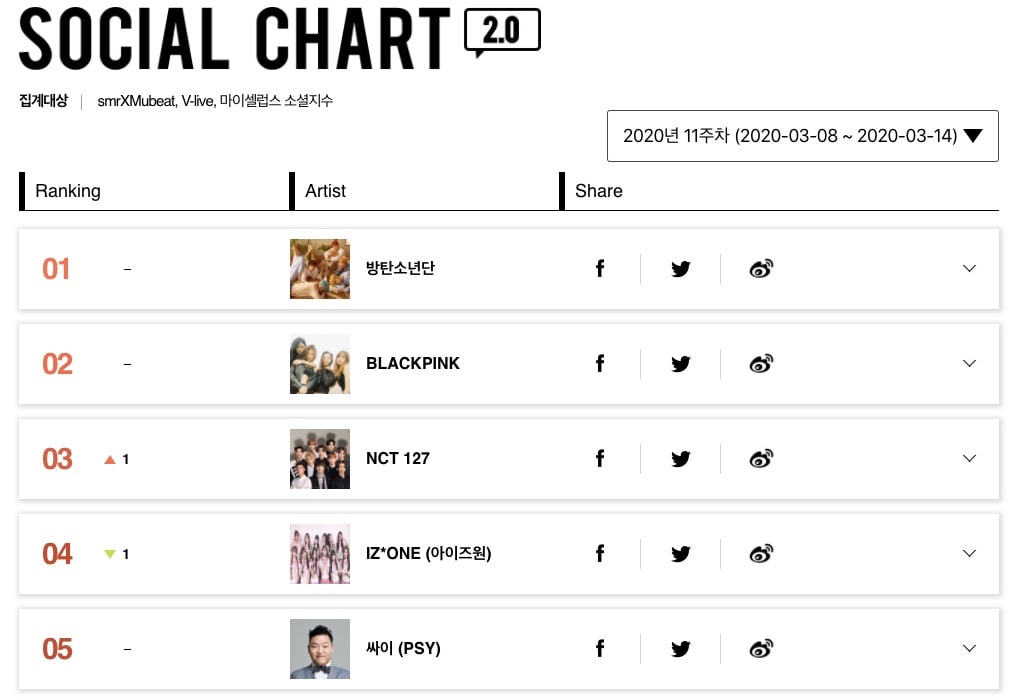