Super Junior’s Kim Heechul spoke about malicious comments and the passing of his friends Sulli and Goo Hara.

On the April 20 episode of “7.7 Billion In Love,” the hosts (Heechul, Yoo In Na, and Shin Dong Yup) and the panel spoke about malicious comments. During their conversation, the topic turned to the late stars Sulli and Goo Hara, who passed away last year.

“To be honest, I was a bit close with both of them,” Heechul said. “After that happened, I was the most angered by the fact that lately people have been fighting gender versus gender.”

He explained that men are accused of leaving malicious comments that sexually harassed the two women, while women are accused of shaming them. “Now that both of them passed away, the two groups put the blame on each other and criticize each other,” he said. “They say, ‘It’s your fault,’ ‘It’s your fault,’ or ‘It’s the television show’s fault.’ They’re ripping at each other and then they say, ‘We’re so sad so we’re going to commemorate them.’ They do that after having been so malicious.”

Heechul went on to say, “I’ve always said that I want to be a celebrity my whole life, but it got to the point where I went to Shin Dong Yup for advice. At the time, I quit all social media and closed everything down. I was so angry and I got even angrier whenever I saw this.” 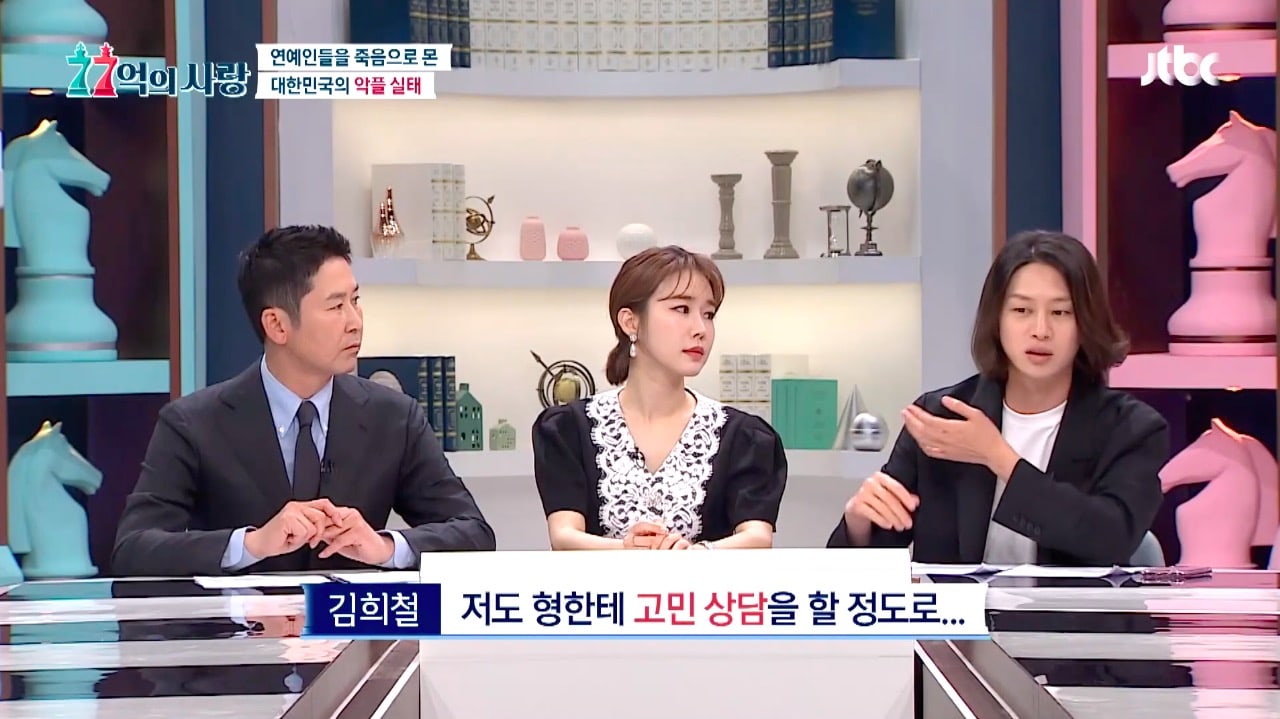 He then talked about how Sulli had been an MC on the television show “Night of Hate Comments” in the months before her passing. The show featured the MCs and celebrity guests reading and responding to malicious comments, and they also spoke on the show about their struggles in the industry and more. Following her death, the show was discontinued.

Heechul shared that he had initially been worried about her being on the program, since there were a lot of malicious comments about her. He said, “I asked her if she would be okay mentally, but after she did it, she was so happy. Because of that program, she was able to find self-confidence and realize why she was needed in the world. She worked things out while talking with other people, and it gave her a positive energy. She realized that she was a necessary person and that she’d done nothing wrong. She became more confident. She kept overcoming it well and she looked forward to the days when they were filming. All of her friends knew that.”

Shin Dong Yup shared his own memory of Sulli from their time together working on the show. “There’s something I still remember, it made my heart ache so much,” he said. “I asked when she was the happiest in her life, and she replied, ‘I’ve never really felt happy.’ She must have suffered so much if this young person said she’d never felt happiness.” 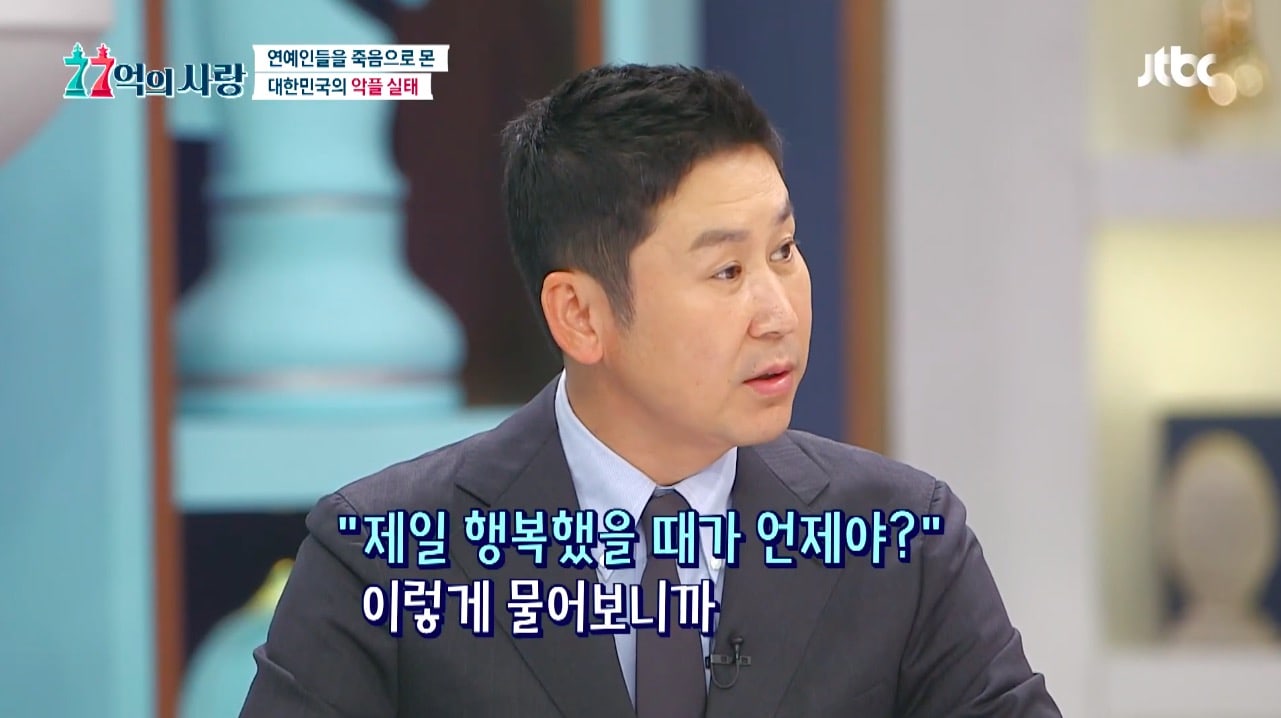 Sulli passed away on October 14 and Goo Hara passed away on November 24. Following their deaths, many have called for new legislation to fight again malicious comments.

News portals including Naver and Daum have made changes so that they currently do not allow comments on articles about entertainment news, a move which EXID’s Hani has sincerely thanked the portals for, after dealing with malicious comments herself.

Following the news of the change, Girls’ Generation’s Sooyoung shared an article that cited how malicious comments had become recognized as a social problem after the passing of Sulli, and Sooyoung commented, “A child who lived like a spectacular wave became a sea wall.”