Gaon Chart has revealed its chart rankings for the week of April 12 to 18!

Starship Entertainment’s new boy group CRAVITY made a splashy debut on this week’s physical album chart, with their debut mini album “HIDE OUT : REMEMBER WHO WE ARE” entering the chart at No. 1.

Apink’s new mini album “LOOK” debuted at No. 2 on this week’s chart, followed by NCT 127’s second studio album “Neo Zone,” which impressively shot back up the chart to No. 3 seven weeks after its release.

Finally, WINNER’s “Remember” and EXO’s Suho’s “Self-Portrait” rounded out this week’s top five at No. 4 and No. 5 respectively. 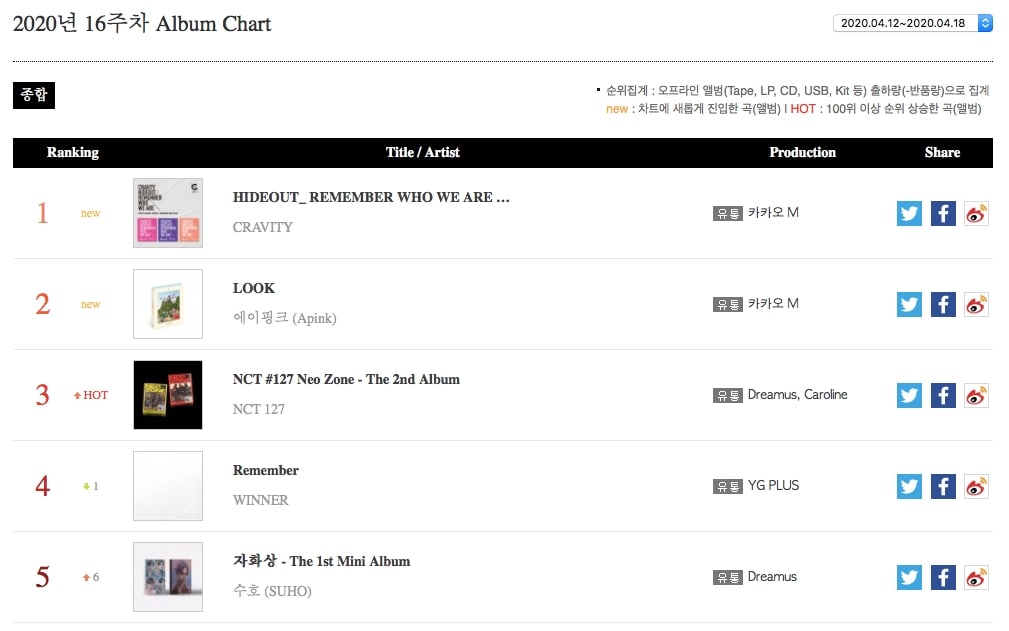 Apink’s new title track “Dumhdurum” debuted at No. 1 on this week’s digitial download chart, trailed by Jo Jung Suk’s (from the OST of tvN’s “Hospital Playlist”) at No. 2. 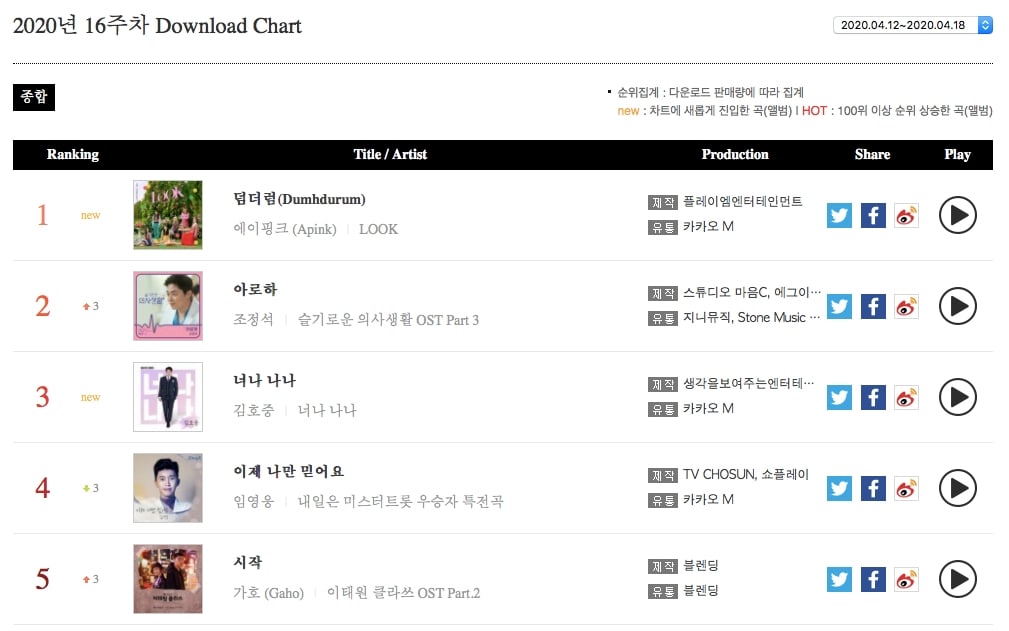 The top five songs on the overall digital chart and the streaming chart were exactly the same this week: Jo Jung Suk’s “Aloha” rose to No. 1 on both charts, followed by MC the Max’s “BLOOM” at No. 2, Gaho’s “Start” at No. 3, Apink’s “Dumhdurum” at No. 4, and Jang Beom June’s “Your Shampoo Scent in the Flowers” (from the OST of JTBC’s “Melo is My Nature“) at No. 5. 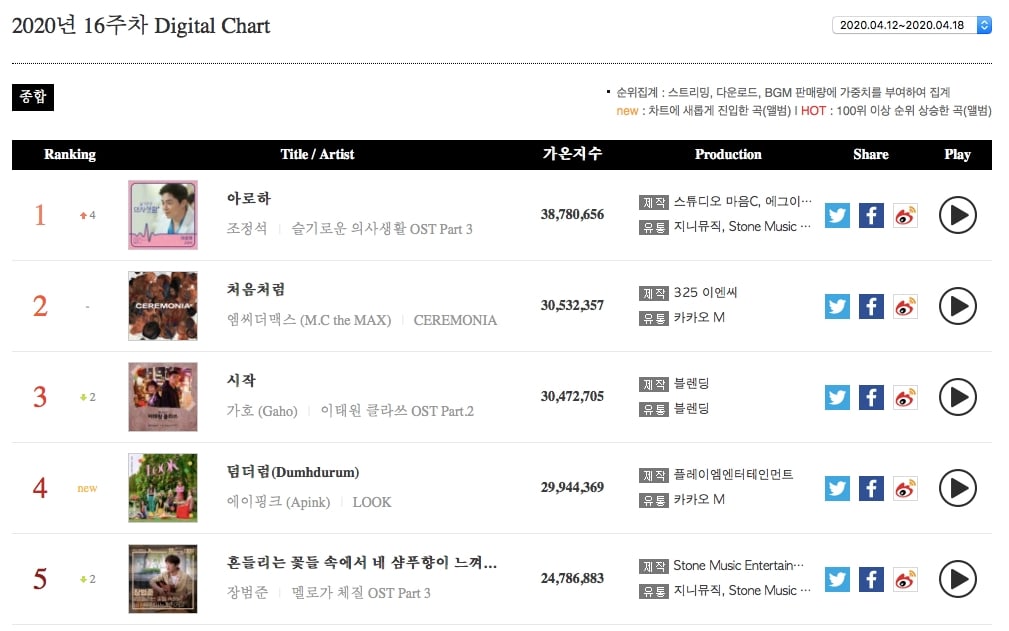 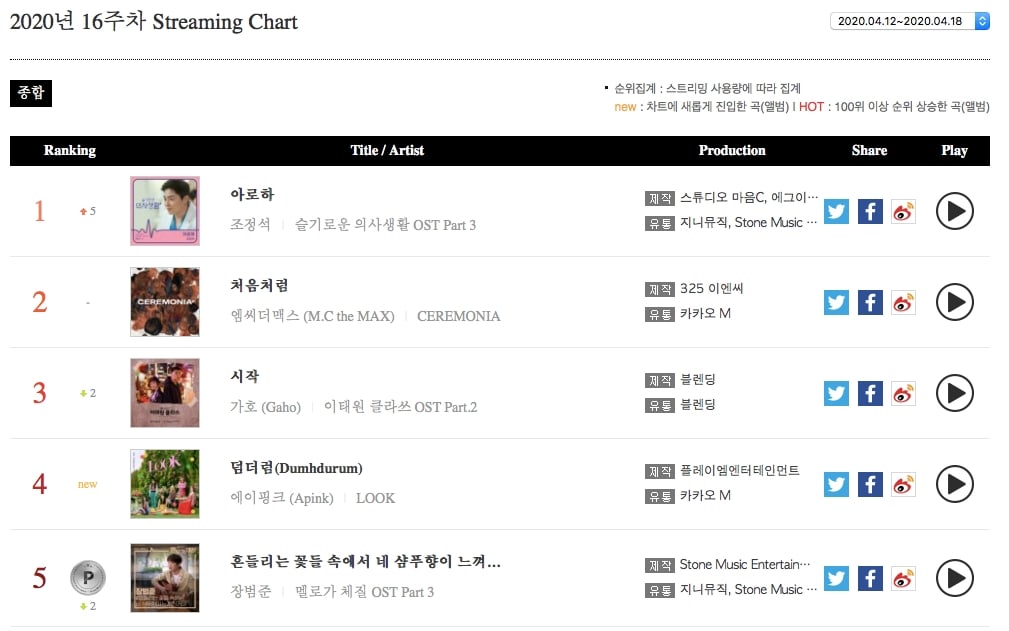 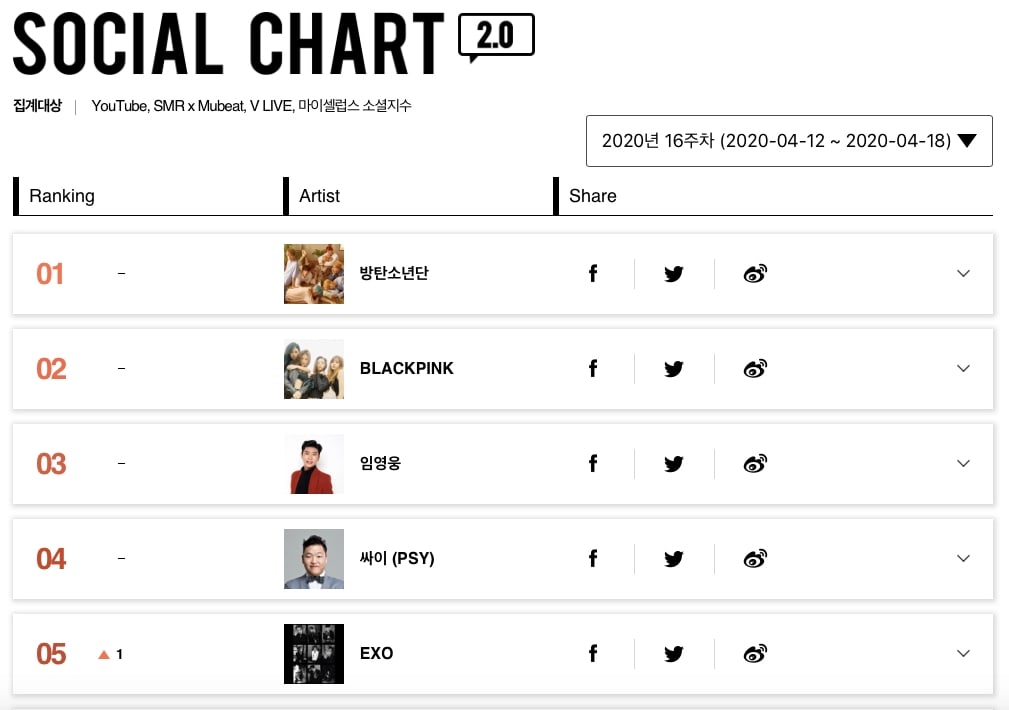