Peakboy shared stories about his friends!

On the April 28 broadcast of MBC every1’s “Video Star,” Peakboy appeared as a guest along with Ha Dong Kyun, Kim Feel, and Paul Kim.

Peakboy is a member of the “Wooga” squad which consists of BTS’s V, Park Seo Joon, Park Hyung Sik, and Choi Woo Shik. When asked about his friends’ reactions to his appearance on the variety show, Peakboy answered, “They said to do a good job.”

He continued, “When I first appeared on MBC’s ‘How Do You Play?‘ Park Seo Joon sent me a long text message. He said he watched the episode about three times and choked up. He’s someone who knows all about my difficult times.” 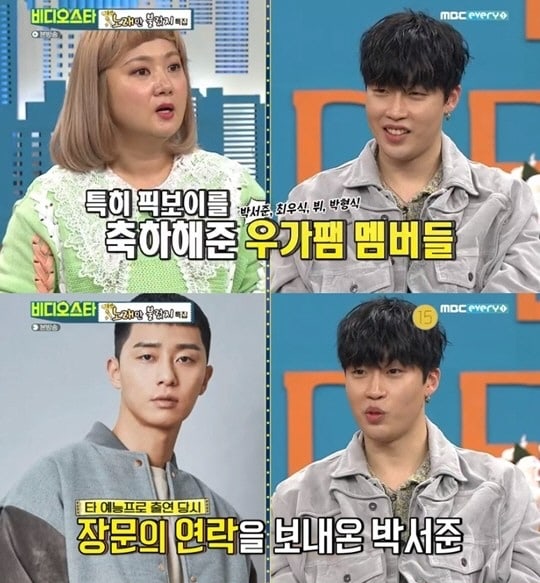 Sharing a bit about his conversation with V, Peakboy said, “He said that I should talk clearly about the ‘Wooga’ family if I was going to talk about it.” He further explained, “We’re close. We’re all close.” 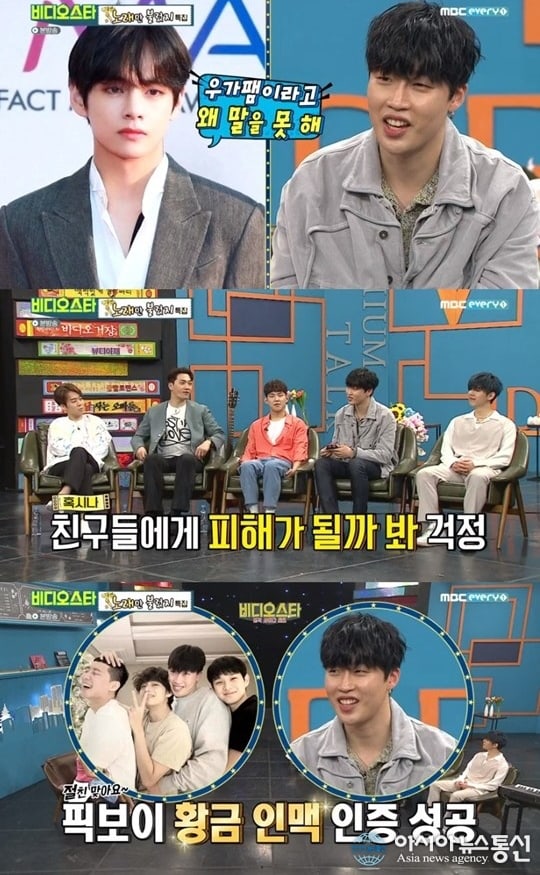 Paul Kim then stated that there was something he was upset with Peakboy about. The singer revealed, “I asked Peakboy, ‘Please write me a song. I want to sing something cool like you,’ but he hasn’t written it for three years.”

Peakboy explained, “That’s not it. Paul Kim’s songs are emotional and each person has their own way of making things. I’m going to get started on it since it’s been three years now. The idea is finished, so the foundation is complete.” 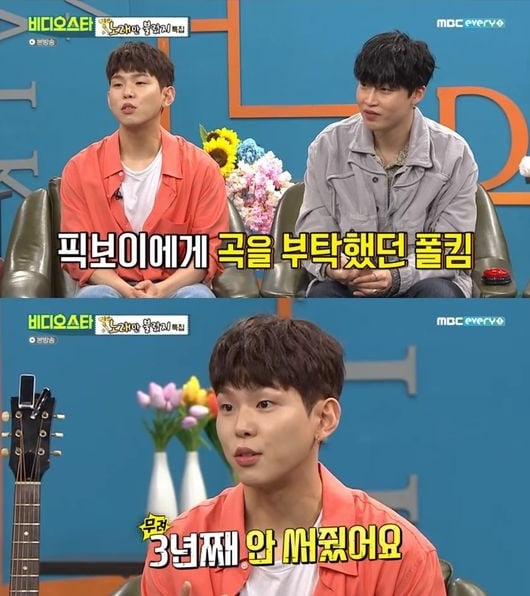 Paul Kim and Peakboy then “made up” while holding hands in a segment called “I See.” Paul Kim began, “I was so upset because you didn’t write me a song after you said you’d write me a song.” Peakboy replied, “I did that because I wanted to do a better job, but I was wrong.” Paul Kim continued, “I see. Hurry up and write it please,” and Peakboy remarked, “I’ll write it immediately starting today.”

Paul Kim asked what would happen if he doesn’t write the song and Peakboy said that he’d give him something that he wants. Paul Kim then asked Peakboy for his title track, and Peakboy replied, “I see” before making a pinky promise. 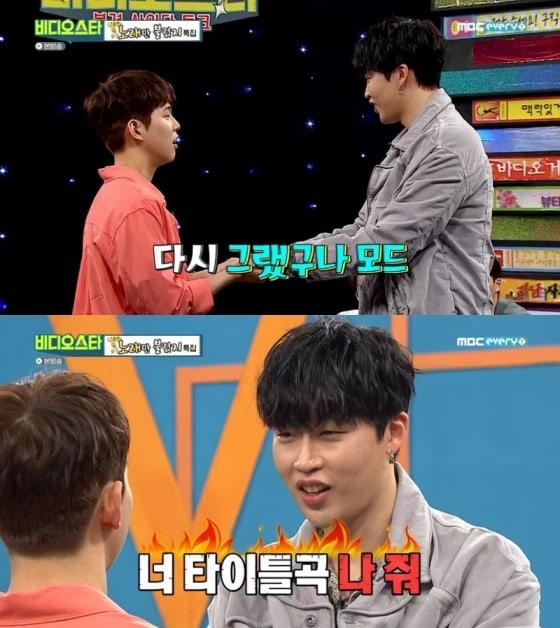