PENTAGON’s Hui opened up about his hardships while producing on “Road to Kingdom.”

On the June 11 broadcast of Mnet’s “Road to Kingdom,” Hui spoke candidly about the image that idols have.

He explained, “One adult told me that after three years, idols find their way. It’s been a little over three years and six months since we debuted. As time went by, I began to worry, ‘What if we can’t release an album next year?'”

With the responsibility of being PENTAGON’s leader and producer, Hui confessed, “I think I often wonder what the problem was and whether I missed something.”

For the third round, PENTAGON was assigned MONSTA X‘s “Follow,” a powerful song with a definitive sound, making it even harder for Hui to arrange. He said, “Since I’m making music, arranging, and preparing various other things, I haven’t been able to sleep. No matter what happens, I want to go to ‘Kingdom.'”

While Hui was in the studio arranging “Follow,” he exclaimed, “What do I do for the eighth part of this arrangement? I’m blanking. I have to arrange two songs and I feel a little pressured.” For inspiration, he called PENTAGON’s Yuto who proposed some ideas for “Follow.”

After Hui spent the entire night arranging the song, he is visited by members Yuto, Wooseok, Yeo One, and Shinwon who brought him food. Shinwon shared his worries about his leader, saying, “To be honest, I don’t even see Hui often in our dorm. Rather than “Are you okay?’ I think we’ve gone as far as thinking ‘I think he could be in very big trouble.'” 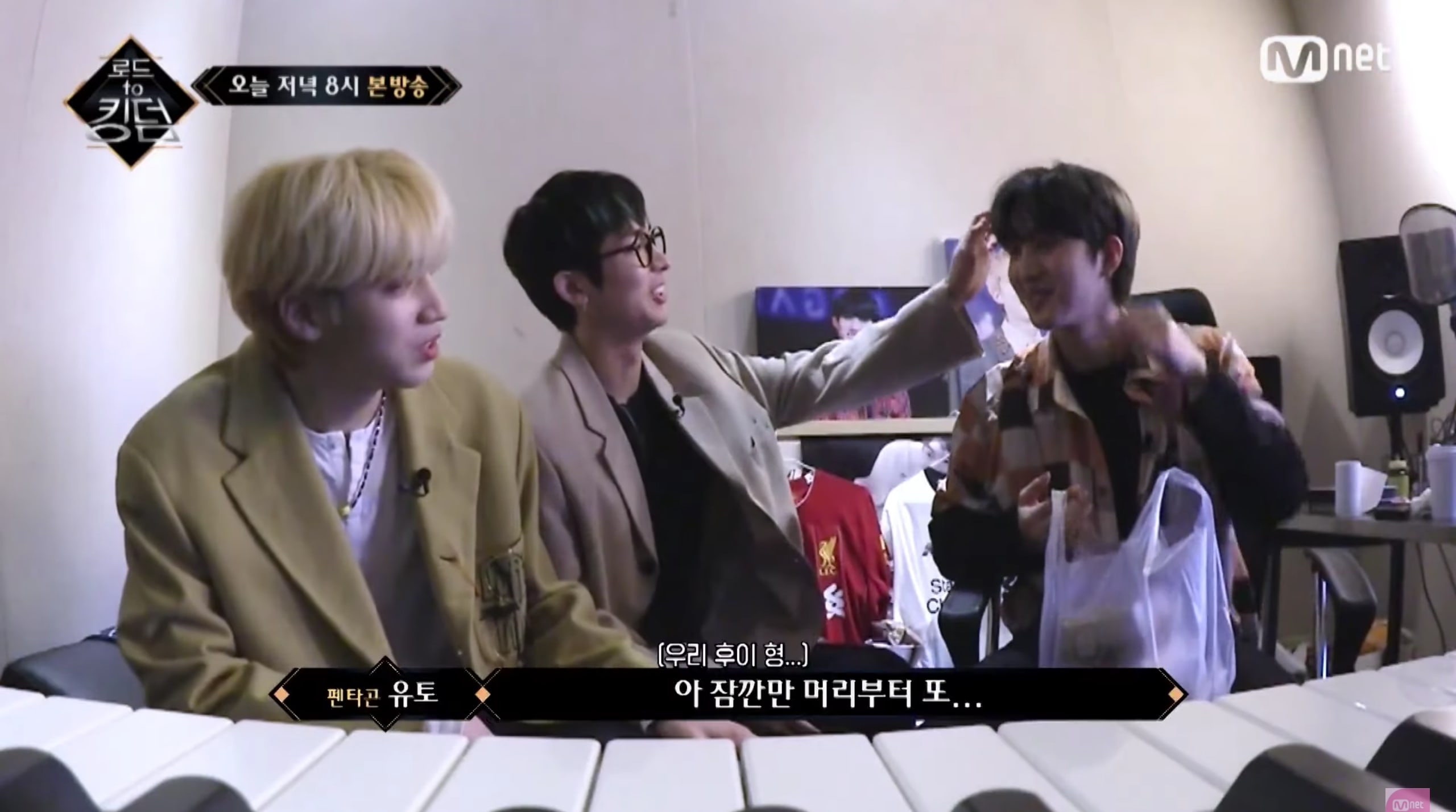 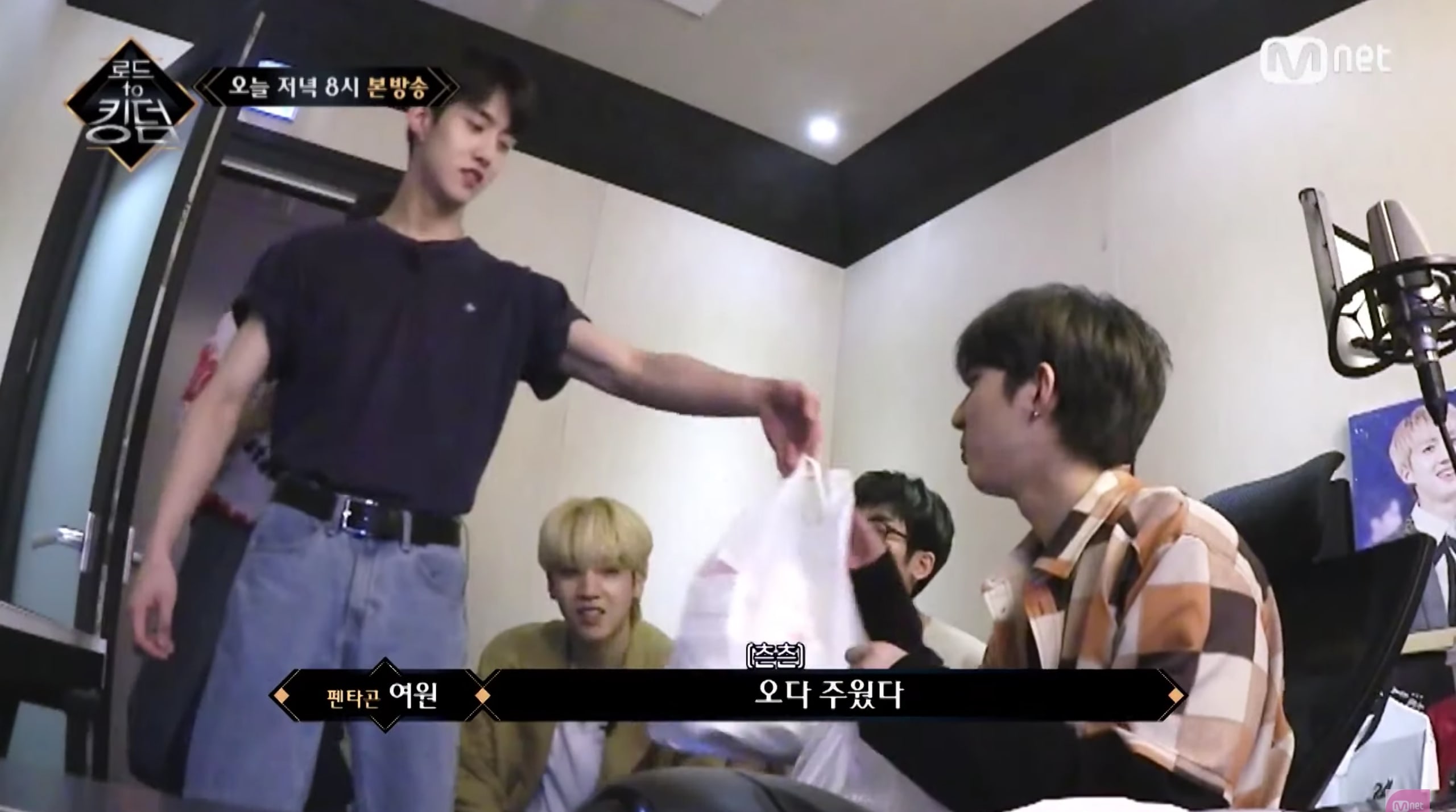 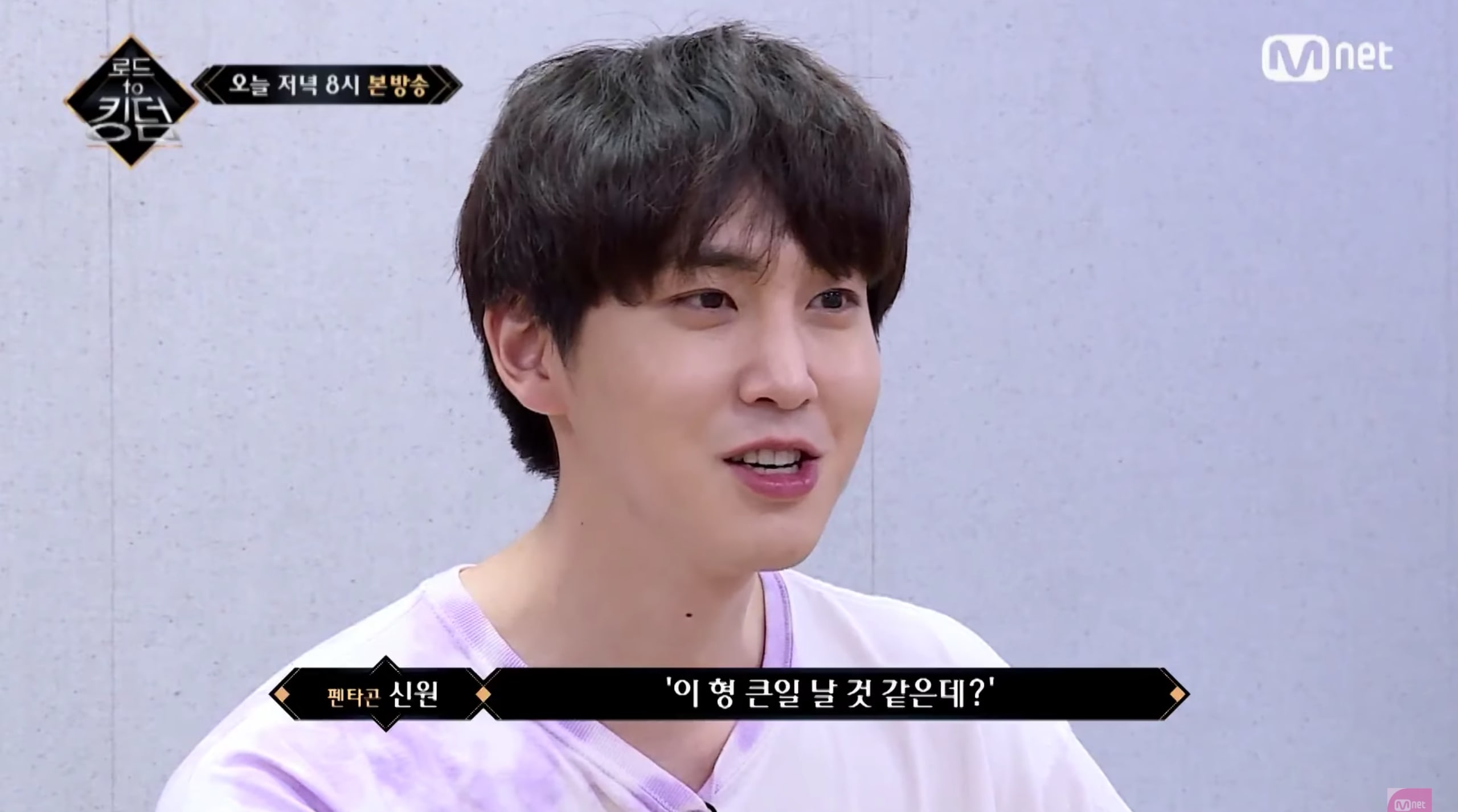 Despite all his worries, Hui impressed his members in the end by sharing the “Pharaoh” concept Yuto suggested, as it phonetically sounds similar to “Follow.” He explained the meaning saying, “It’s the resurrection of the King of Egypt who will eventually return to his spot on the throne.”

Watch PENTAGON’s version of MONSTA X’s “Follow” here! Tune into the “Road to Kingdom” finale on June 18 at 8 p.m. KST.

PENTAGON
Hui
Road to Kingdom
How does this article make you feel?