With “Road to Kingdom” heading into its live finale next week, another group has been eliminated.

On the June 11 episode of the Mnet show, the third round continued as the remaining teams staged their “Your Song” performances. The groups were tasked with performing covers of songs chosen by their collaboration partners, and things kicked off last week with performances by TOO, ONF, and ONEUS.

This week’s episode featured the second half of the mission. PENTAGON was assigned the task of covering MONSTA X’s “Follow,” and they put on the performance with a pharaoh concept and an arrangement created by leader Hui with choreography by Kino.

VERIVERY took on MAMAMOO’s “gogobebe” for the mission, and they decided to perform it with an “Aladdin” concept. They also aimed to make a cinematic show by putting on the show’s first one-take performance (filmed by a camera in one long take rather than footage edited together).

The Boyz performed a cover of VIXX’s “Shangri-La.” Kevin came up with the storyline while Sangyeon added the idea of “Moonlight.” Since “Shangri-La” means a paradise, they landed on a concept of “The Moonlight Sonata Opens the Gates to Paradise,” and Q came up with the choreography.

The show then announced the overall rankings so far, with votes combined from the first, second, and third rounds. ONF came in first!

Wyatt broke down in tears and said, “We felt really uneasy. We never even imagined in our lives that we’d come in first. Even if we did imagine it, we were never able to get close to that. Our songs haven’t even entered a music chart.”

J-Us commented that it was the first time in their three years since debut that they’d come in first. He said, “I’m feeling choked up.” Hyojin commented, “I felt like we were being acknowledged for being good performers on stage. I was so happy.” 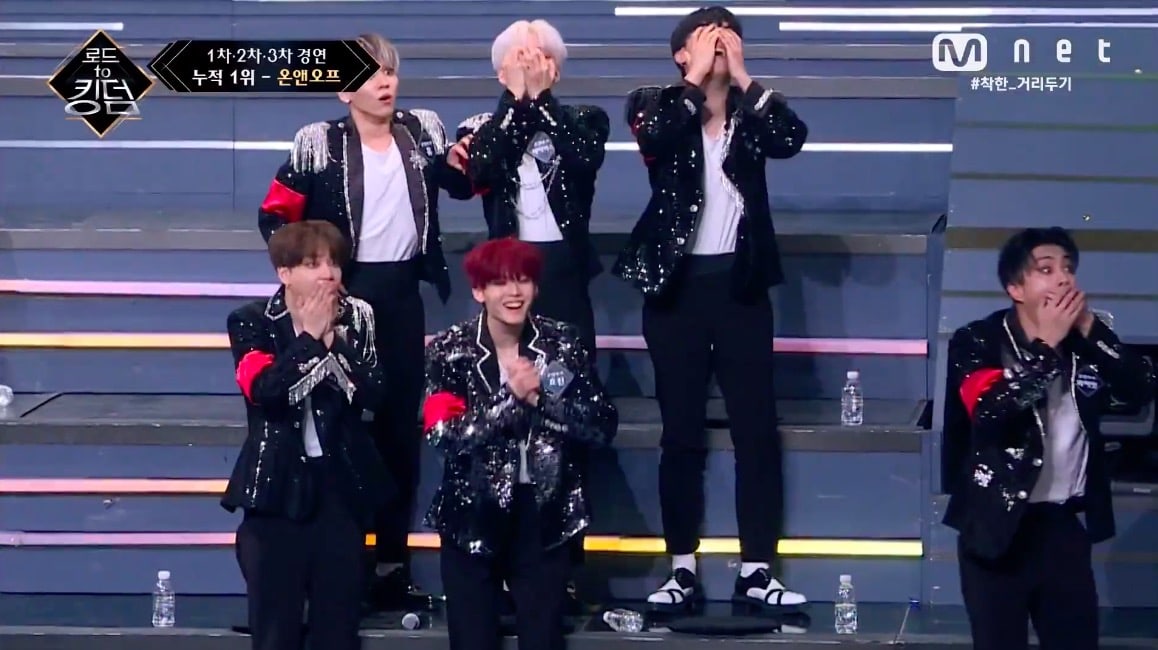 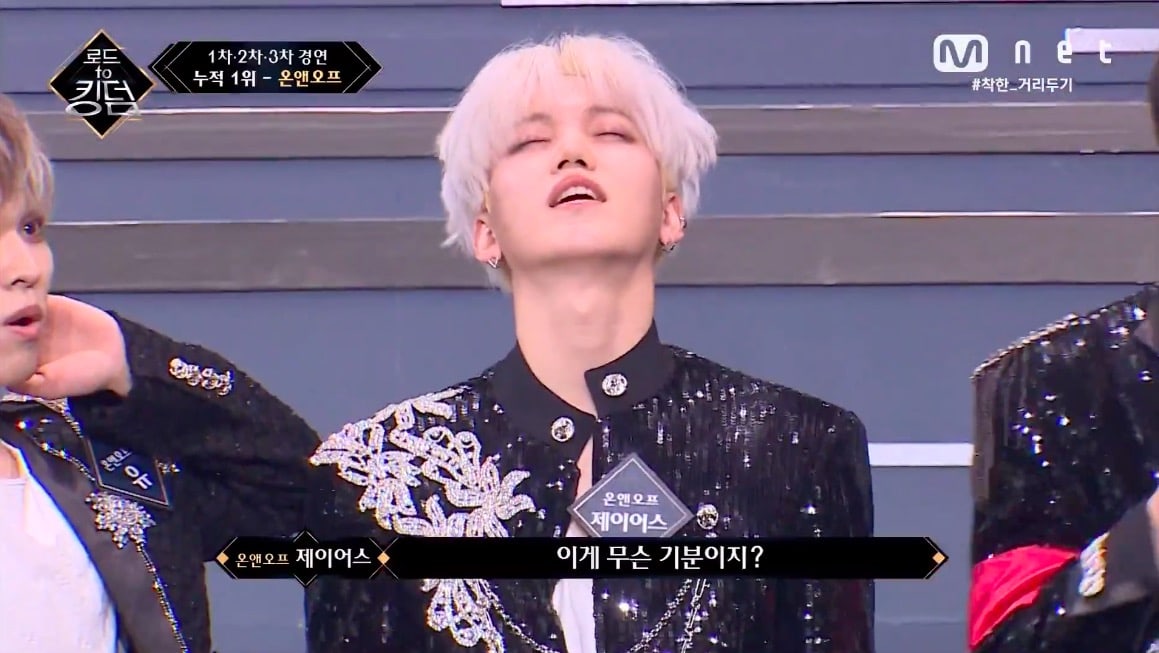 The full rankings for all six groups were then announced.

See the overall rankings so far below:

As TOO came in last, they were sent home, becoming the second group following Golden Child to be eliminated from the show. 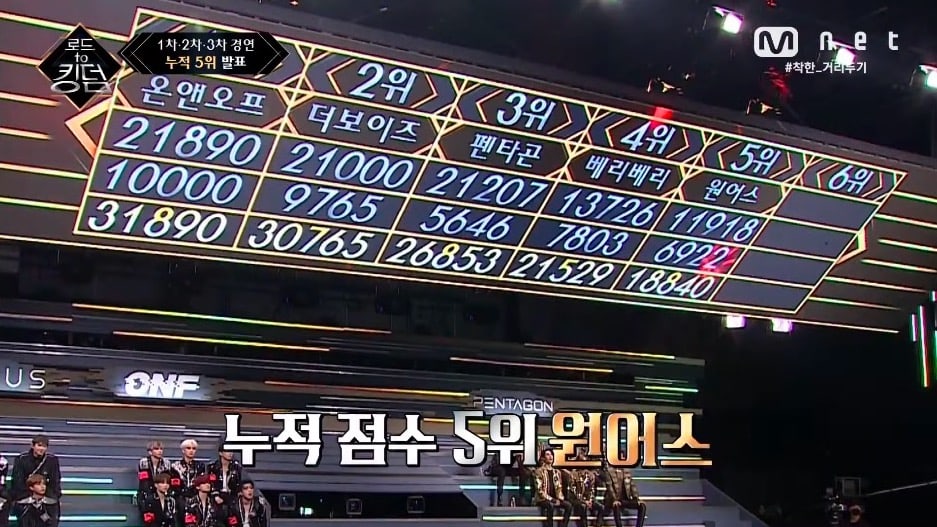 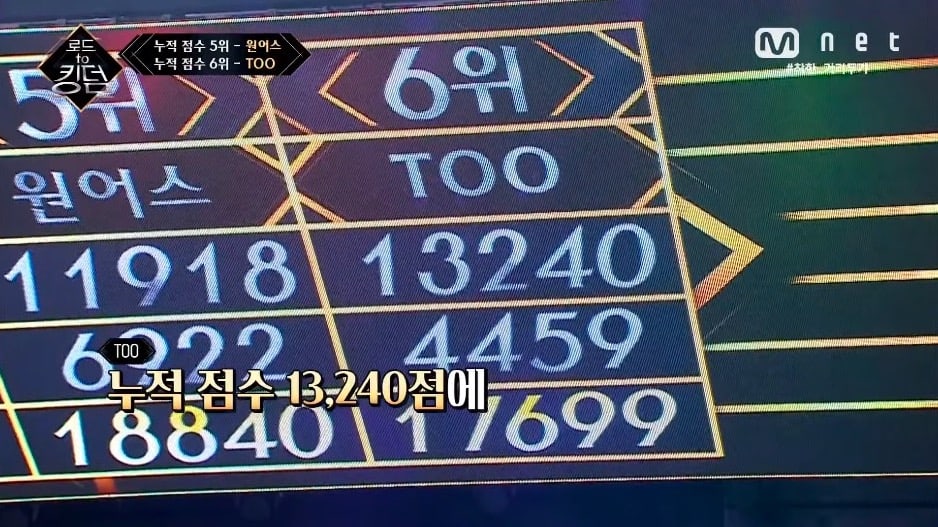 TOO’s Jisu said, “Although it’s sad, I think we’ve learnt a lot from these senior artists, so this was really meaningful for us. If we receive such a good opportunity again in the future, we’ll aim to show how we’re working harder, looking cooler, and improving. Thank you.”

In their tearful interview, Chan began to cry as he said, “It’s such a shame. I want to tell the members that they really worked hard. I want to say that I’m proud to be in the group TOO.” 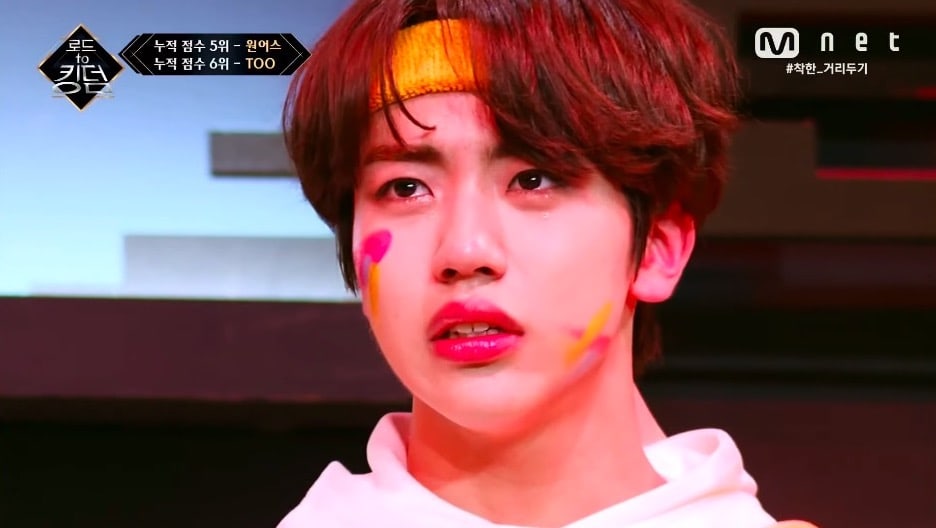 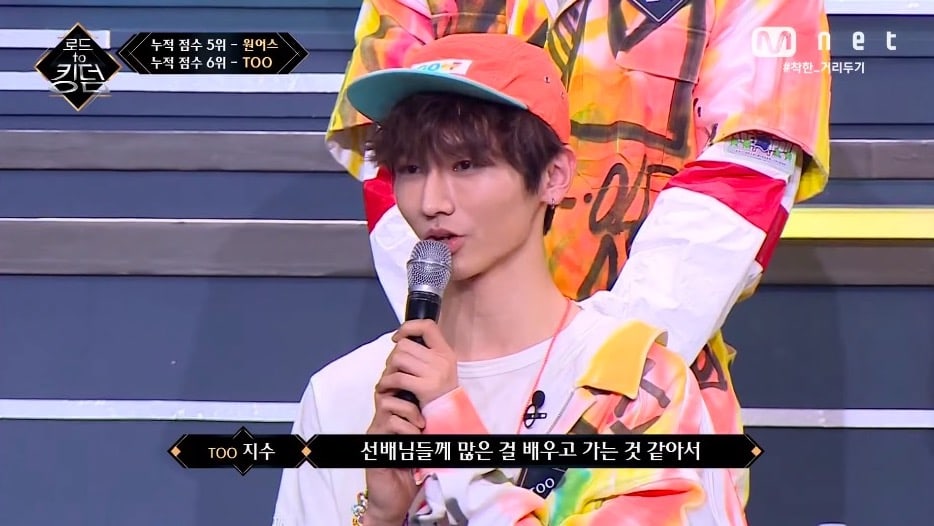 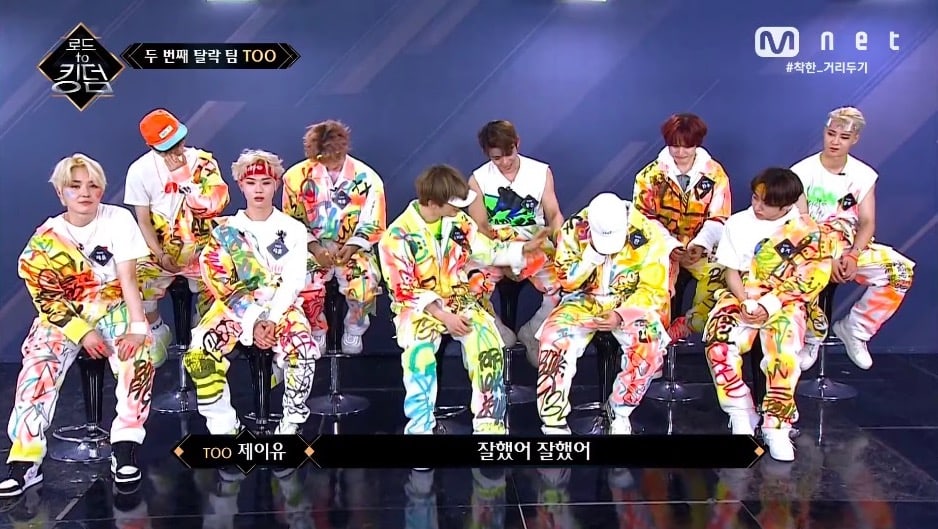 Next week’s live finale will include ONF, The Boyz, PENTAGON, VERIVERY, and ONEUS facing off with performances of new tracks. The live competition is for 35,000 points, and votes will be 70 percent from domestic viewers and 30 percent from international fans through the Whosfan app.

The final winner will be decided through a combination of votes from the final live broadcast, cumulative scores from competition rounds one to three, cumulative views of video clips on Mnet’s official YouTube and Naver TV accounts, and the digital score (according to Hanteo Chart) for each group’s “comeback” song that will be released on June 12 at 6 p.m. KST.

In addition to the final winner of the show, another group could also be joining “Kingdom,” as the team with the highest live finale score will be invited to compete on the program. However, if it happens that the group who had the highest cumulative score from all the rounds also comes in first in the finale, then only one group will be going to “Kingdom.”

Who do you think should be crowned the winner?

PENTAGON
ONF
THE BOYZ
ONEUS
VERIVERY
TOO
Road to Kingdom
How does this article make you feel?