11 Idols Who Have Bravely Coped With Medical Conditions

The workflow within the K-pop industry puts a major strain on idols’ health due to the extensive training program they go through in order to debut. But it doesn’t end there – once they’ve made their entrance into the K-pop scene, they have to keep working even harder in order to achieve the success they have always dreamt of.

With this in mind, some idols have physical illnesses that oblige them to build their careers all while looking after their health in a way that is more meticulous and careful than usual. In order to raise awareness and highlight the major efforts these brave artists take in order to juggle between their well-being and their passion, here is a list of some idols who have coped with medical conditions.

Solji was diagnosed with hyperthyroidism in 2016, which made her go on a long hiatus in order to look after her health. This condition occurs when the thyroid gland produces too much of the hormone thyroxine, which can result in accelerated body metabolism, weight loss, and heart rhythm problems. Luckily, in 2018 Solji shared the good news of fully recovering from her illness.

In 2019, HyunA revealed through a lengthy Instagram post that she has vasovagal syncope. It is a condition that causes a person to faint because their body overreacts to triggers, such as extreme emotional distress. The episode itself is harmless and doesn’t require treatment, but the circumstances of its occurrence may put the person in danger. Prior to being diagnosed, HyunA had experienced foggy vision and dizziness.

Throughout his career and performances, Lay used to get injured a lot. The major problem was keeping the bleeding to a minimum because of his hemophilia, which is a rare genetic disorder that prevents blood from clotting normally due to an insufficient amount of blood-clotting proteins. People with hemophilia bleed longer than the average person.

During a V Live broadcast earlier this year, Yeji opened up about a terrifying health-related experience she went through as a child because of a mere cold. Because she suffers from atopy – the genetic tendency to develop allergic diseases – Yeji’s cold had worsened into pneumonia before it later developed into a case of osteomyelitis and sepsis. She also revealed that her state had been nearly fatal hadn’t the doctors prescribed the proper antibiotics to treat her symptoms.

Last summer, V revealed in a comment on a fan’s post on BTS’s Weverse community that he suffers from cholinergic urticaria, a type of skin rash in the form of itchy red bumps that appear whenever there is a rise in body temperature. This makes all activities that generate body heat quite inconvenient.

Ever since she was a kid, f(x)’s Krystal has lived with anemia – a lack of healthy red blood cells that help transfer a proper amount of oxygen throughout the body. Its main symptoms are fatigue, weakness, and lightheadedness, which is what caused Krystal to faint on stage during a concert back in 2010. Her sister Jessica is also reported to have the same illness.

In 2016, Wonwoo was diagnosed with acute gastritis, which is a sudden inflammation of the lining of the stomach. Due to his health condition then, he took a break from promotions in order to recover and focus on getting better. 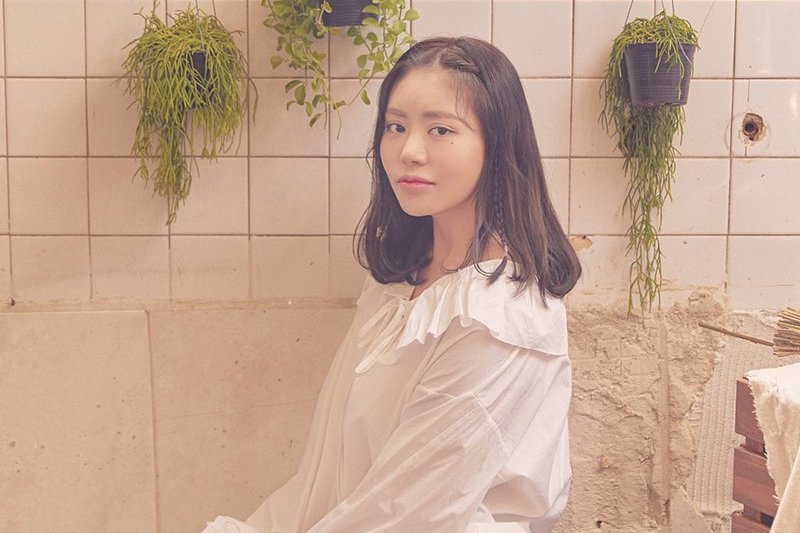 In 2018, Wanlin abruptly fainted during her group’s comeback showcase. It was revealed later that she has hypokalemia, which means she has lower levels of potassium in her blood than the average person. This medical condition led to insufficient blood flow into Wanlin’s brain, which led to her collapse and eventually to her taking a break at the time.

Choi Yoojung has had a number of health issues since her trainee days. One of her most recurring health concerns include joint pain as well as frequently catching colds. With time, her joint problem got worse, due to which she went on hiatus a few times. The pain became so unbearable for her that she needed to get medical injections for it.

Seeing him spitting fiery rhymes and delivering a mindblowing stage presence, not many would even think that Zico may have a physical illness. In fact, he has been suffering from congenital asthma (a condition present from birth where airways shrink and extra mucus may be produced), which made breathing difficult for him. He also once had heart problems for which he was operated. Catching his breath must be very challenging after every performance, but that never stopped Zico from giving fans his 100 percent.

Did you know about these idols’ medical conditions? Are there any that we’ve missed? Let us know in the comments below!