Han Sun Hwa and VICTON’s Han Seung Woo sat down for a fun interview together with 1st Look magazine!

The siblings recently shot a pictorial for the magazine and talked about what it’s like to work in the same industry. On August 4, 1st Look shared a new video with them from the day of their shoot.

The pair laughed as Han Sun Hwa asked Han Seung Woo how the photo shoot had gone, and he said, “It was awkward, but very fun!”

They then played a game where they had to answer questions by holding up an “O” sign (meaning “Yes”) or an “X” (“No”). When asked who contacts the other the most often, they quickly agreed it’s Han Sun Hwa. 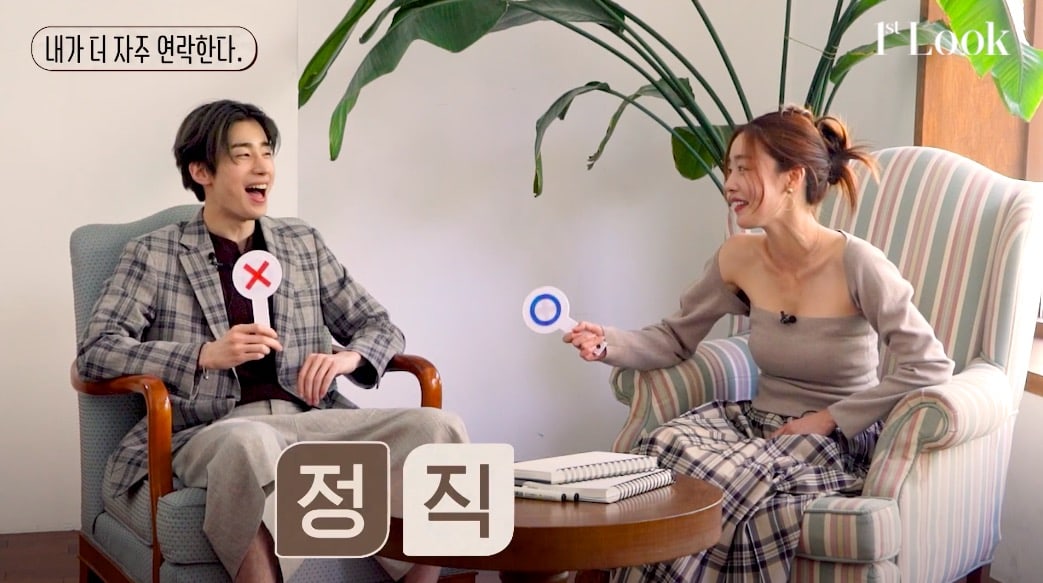 She said that as his older sister, she’ll message him to ask “Did you eat?” or “What are you doing today?” or tell him something that their mother said. They shared that she’d contacted him that morning because she felt sorry that he had to start the shoot earlier than her.

On the topic of what their real relationship is like, Han Sun Hwa said, “I think we’re typical siblings. Not very friendly.” The magazine shared a cute video of them playing around together on set to show their doubt about her description. 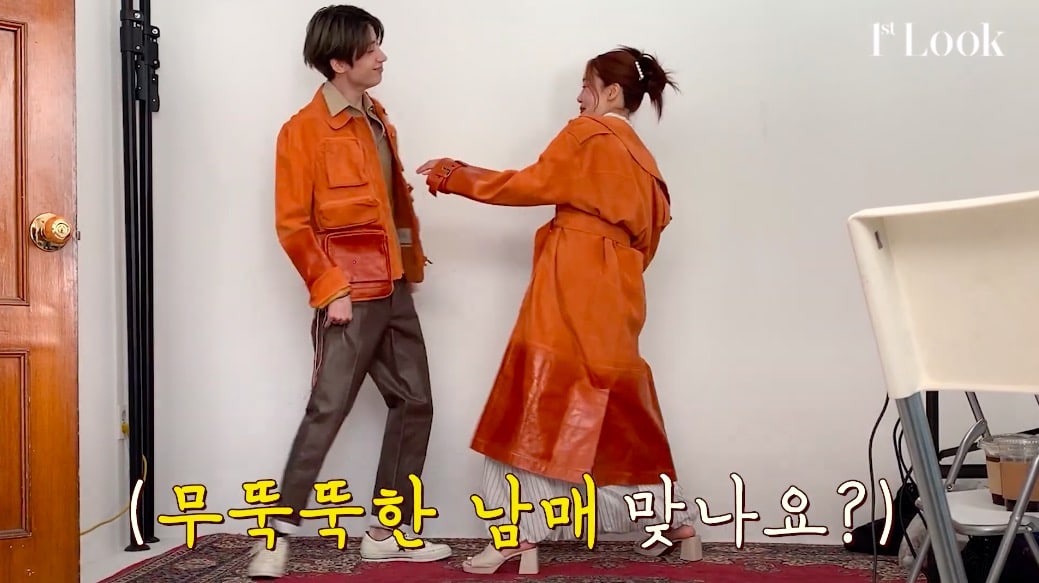 When asked if they check each other’s Instagram accounts every day, they both said they instead just check them sometimes. While they admitted they don’t always remember each other’s usernames, Han Sun Hwa also confessed she sometimes forgets her own too.

Han Seung Woo was then asked about his usual selfie pose, where he makes a V sign under his chin. “That used to be my pose!” said Han Sun Hwa. She showed how she does it, but Han Seung Woo said with a smile, “It’s different!” 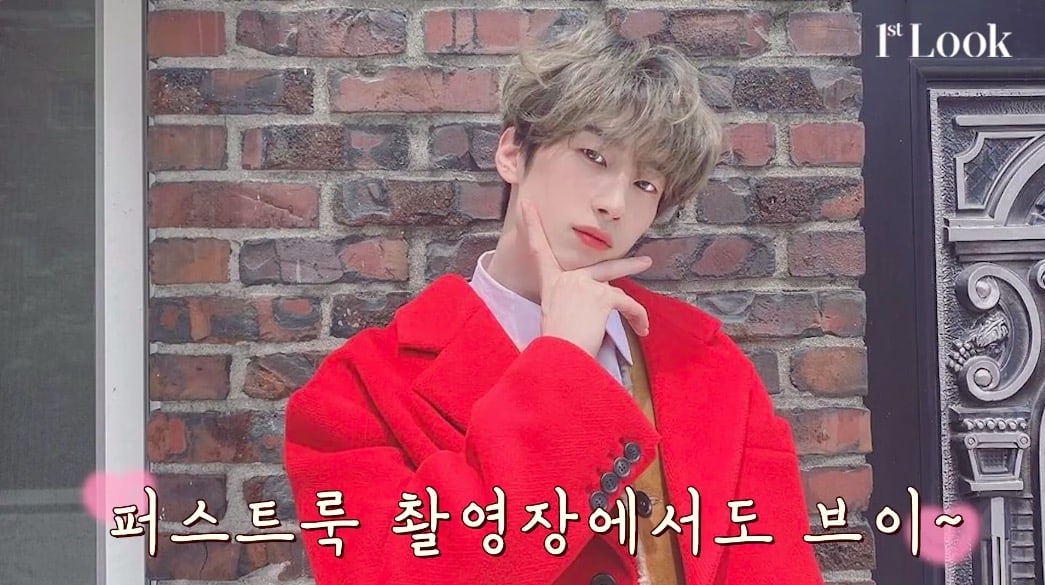 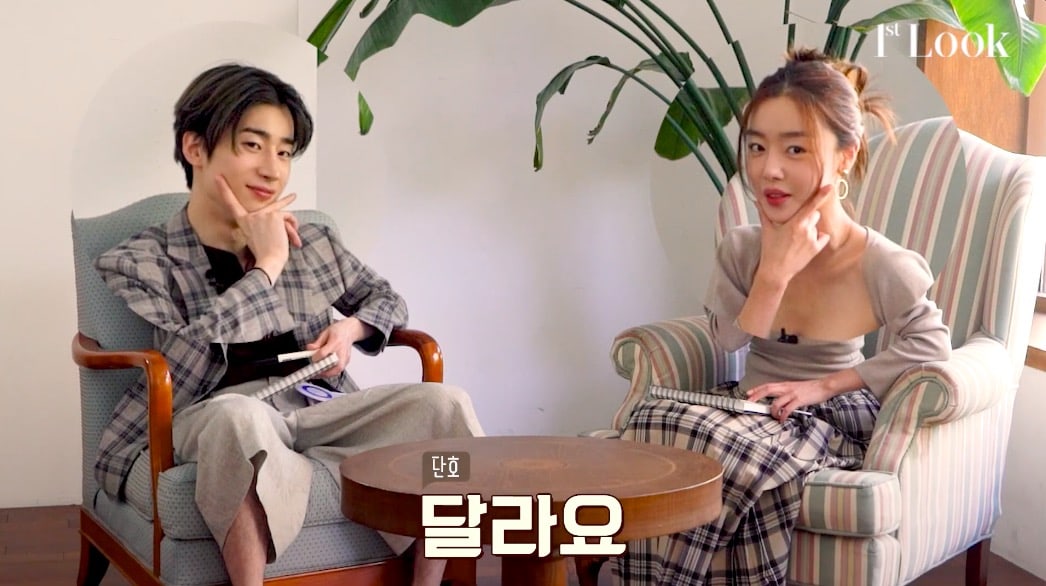 When quizzed on each other’s debut work, Han Seung Woo didn’t remember that Han Sun Hwa had debuted with the drama “AD Genius Lee TaeBaek.” On the other hand, Han Sun Hwa sang a bit of VICTON’s debut song “I’m Fine,” describing it as her favorite of theirs.

The siblings were also asked if they watch each other’s work, and Han Sun Hwa said she used to watch everything when VICTON first debuted but she’s been too busy lately to follow it all. Han Seung Woo laughed when he was asked the question, and Han Sun Hwa said, “Hey, you watched it at my place!”

“I do watch short clips now and then that are just her scenes,” he agreed. 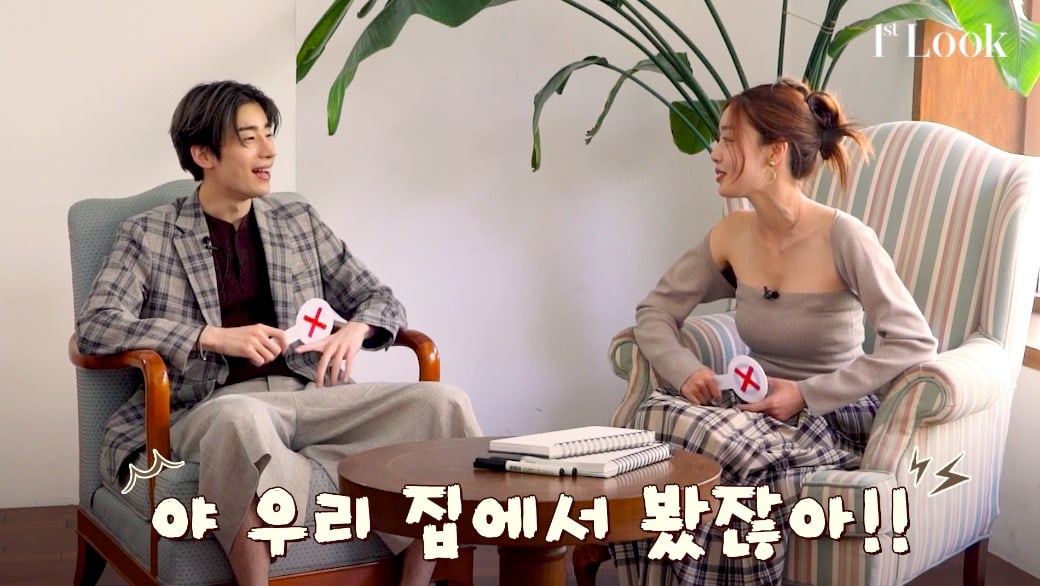 Han Sun Hwa was asked to share the most memorable birthday gift she’s received from her brother, and she shared that he had once gone with her to a department store and bought her perfume.

The pair went on to exchange autographs, talk about each other’s favorite foods, and more. Han Sun Hwa said, “Before I came today, I was excited but also a bit nervous. It’s been a while since we took photos together, apart from taking selfies. But now that we’ve done it, it was really nice, and I feel proud of him as his older sister. I think our mom will like this photo shoot the most.”

Han Sun Hwa is currently acting in the SBS drama “Backstreet Rookie,” while Han Seung Woo is getting ready to make his solo debut on August 10 with the mini album “Fame.”

Watch Han Sun Hwa in the drama “My Husband, Mr. Oh!” below!