Gaon Chart has revealed its chart rankings for the week of August 9 to August 15!

This week’s physical album chart was dominated by new releases, with YG Entertainment’s new boy group TREASURE debuting at No. 1 with their first single album “THE FIRST STEP : CHAPTER ONE.” VICTON’s Han Seung Woo’s first solo mini album “Fame” entered the chart at No. 2, followed by ONF’s new mini album “SPIN OFF” at No. 3 and SSAK3’s special edition of “Beach Again” at No. 4. Finally, ATEEZ’s latest mini album “ZERO : FEVER Part.1” stayed strong at No. 5. 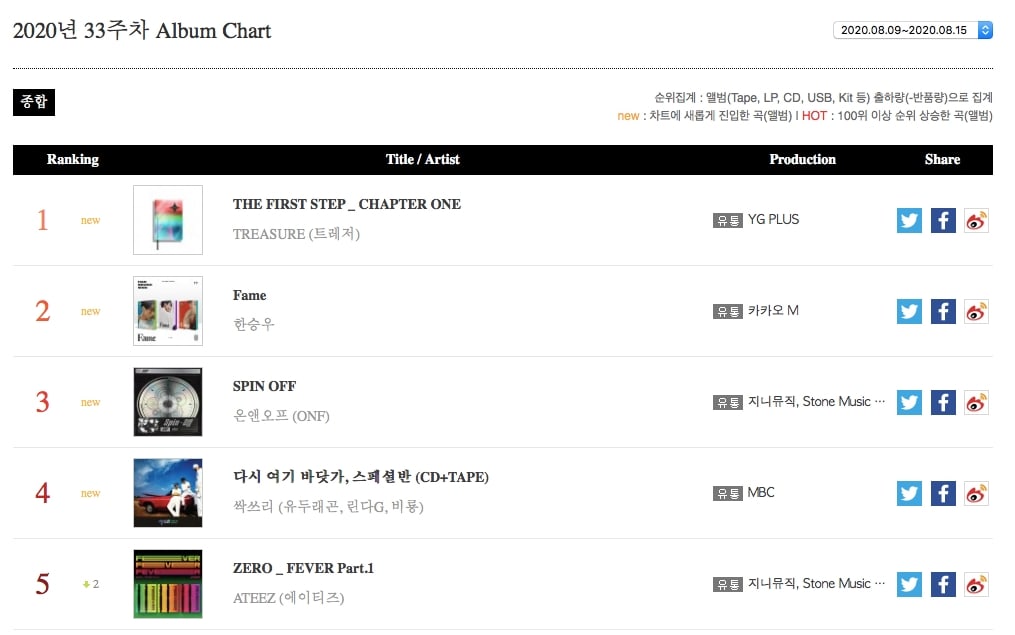 Han Seung Woo’s solo debut track “Sacrifice” topped this week’s digital download chart, trailed by ONF’s new title track “Sukhumvit Swimming” at No. 2. Park Jin Young’s new duet with Sunmi, “When We Disco,” entered the chart at No. 3, while SSAK3’s “Beach Again” and (G)I-DLE’s “DUMDi DUMDi” held onto their respective spots at No. 4 and No. 5. 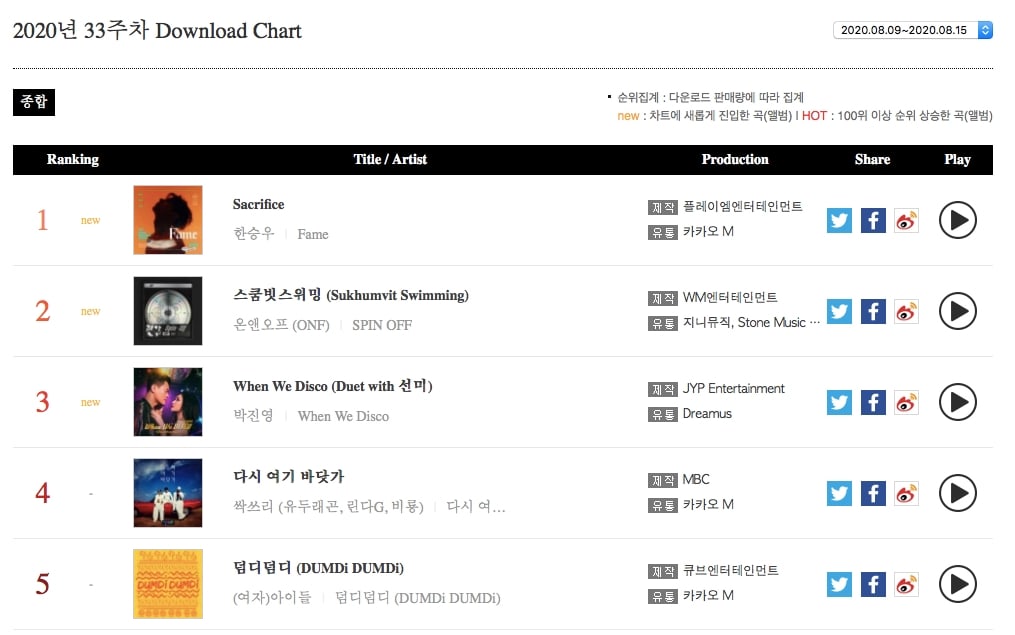 The top five songs on the overall digital chart and the streaming chart were exactly the same this week: SSAK3’s “Beach Again” remained No. 1 on both charts, with MAMAMOO’s Hwasa‘s “Maria” at No. 2, SSAK3’s “Play That Summer” at No. 3, BLACKPINK’s “How You Like That” at No. 4, and Block B’s Zico’s “Summer Hate” (featuring Rain) at No. 5. 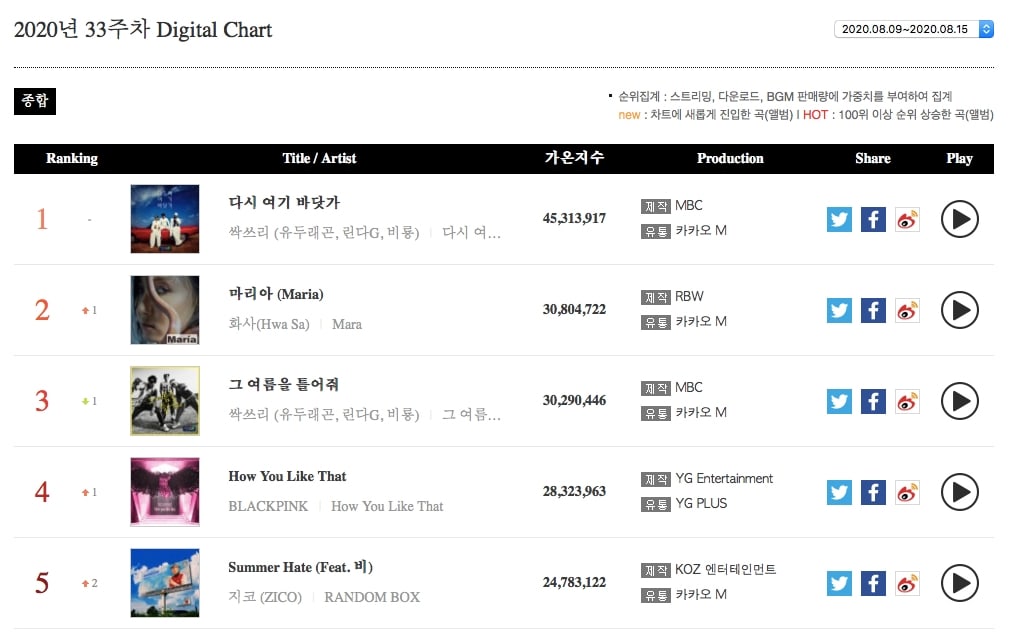 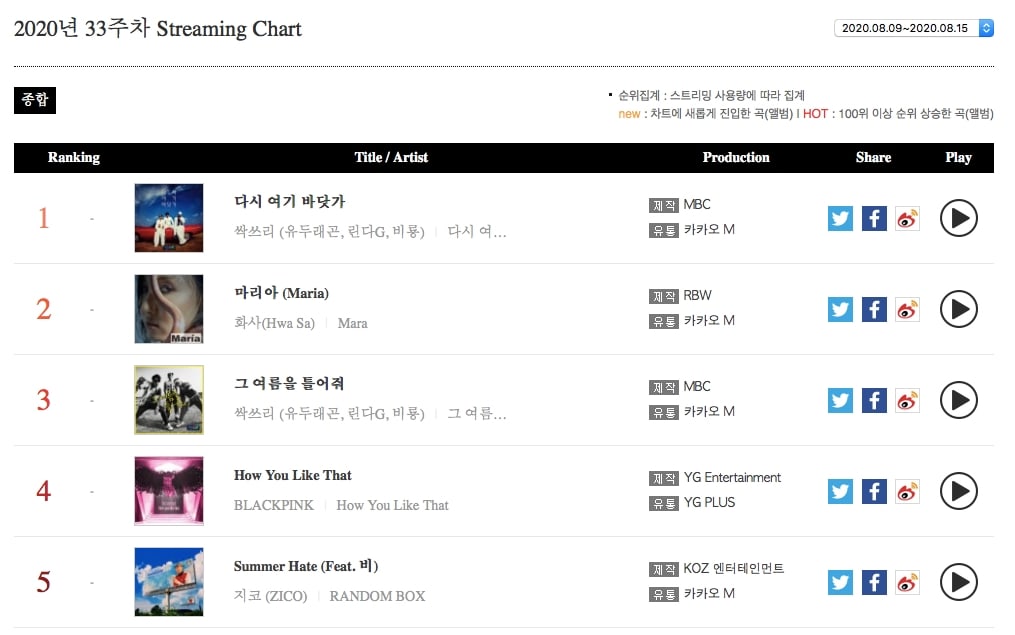 BLACKPINK continued their reign over Gaon’s Social Chart 2.0 for the 12th consecutive week, with Kang Daniel rising to No. 2. BTS maintained their position at No. 3, followed by trot singer Im Young Woong at No. 4 and (G)I-DLE at No. 5. 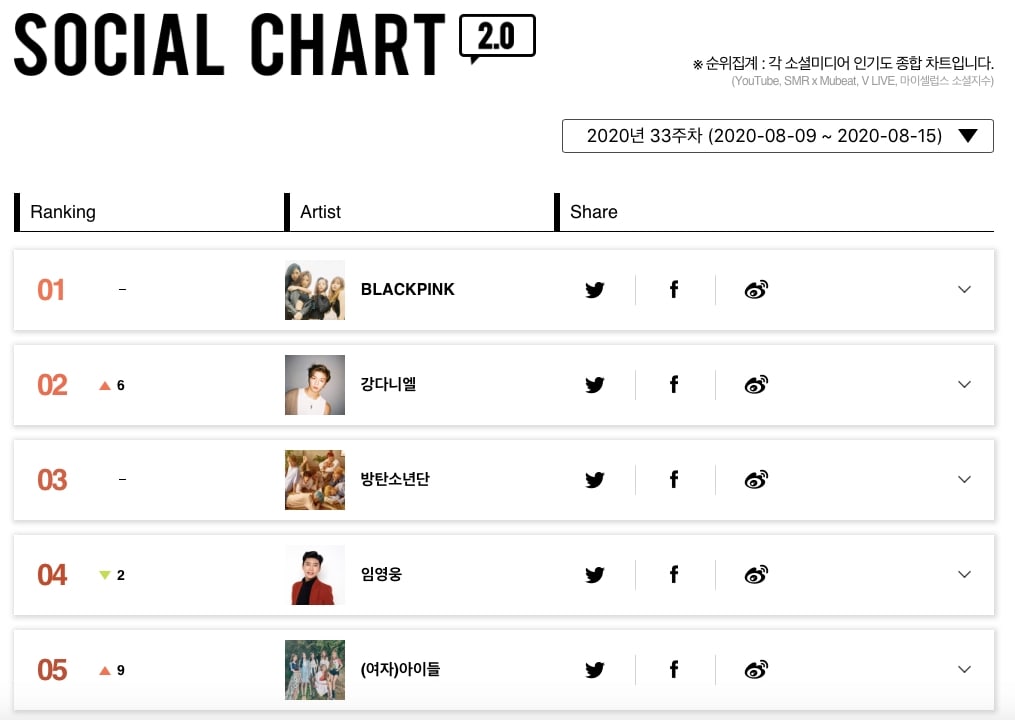 Watch SSAK3 say their goodbyes on the latest episode of “How Do You Play?” below!