“Tale of the Nine Tailed” is an urban fantasy drama about a male gumiho (a mythical nine-tailed fox) named Yi Yeon (Lee Dong Wook) who has settled in the city and the fearless producing director (PD) who is determined to hunt him down (Jo Bo Ah).

Jo Bo Ah’s character, Nam Ji Ah, is the PD of a TV show that tracks down ghost stories. Both her parents disappeared in a mysterious incident 21 years ago and she has been searching for the truth ever since. Kim Bum’s character, Yi Rang, is Yi Yeon’s half-brother who was born to one human parent and one gumiho parent. As such, he is known as the world’s most dangerous gumiho. He has the ability to transform his appearance and is the type to risk his life on a bet.

In the new stills released by tvN, Jo Bo Ah and Kim Bum have their first meeting. In thick glasses and a hoodie, Kim Bum projects an air of innocence and sweetness that is a far cry from his true identity as a half-gumiho. Jo Bo Ah listens carefully to what he says, but is distracted by something in the distance that turns her friendly expression into a guarded one. 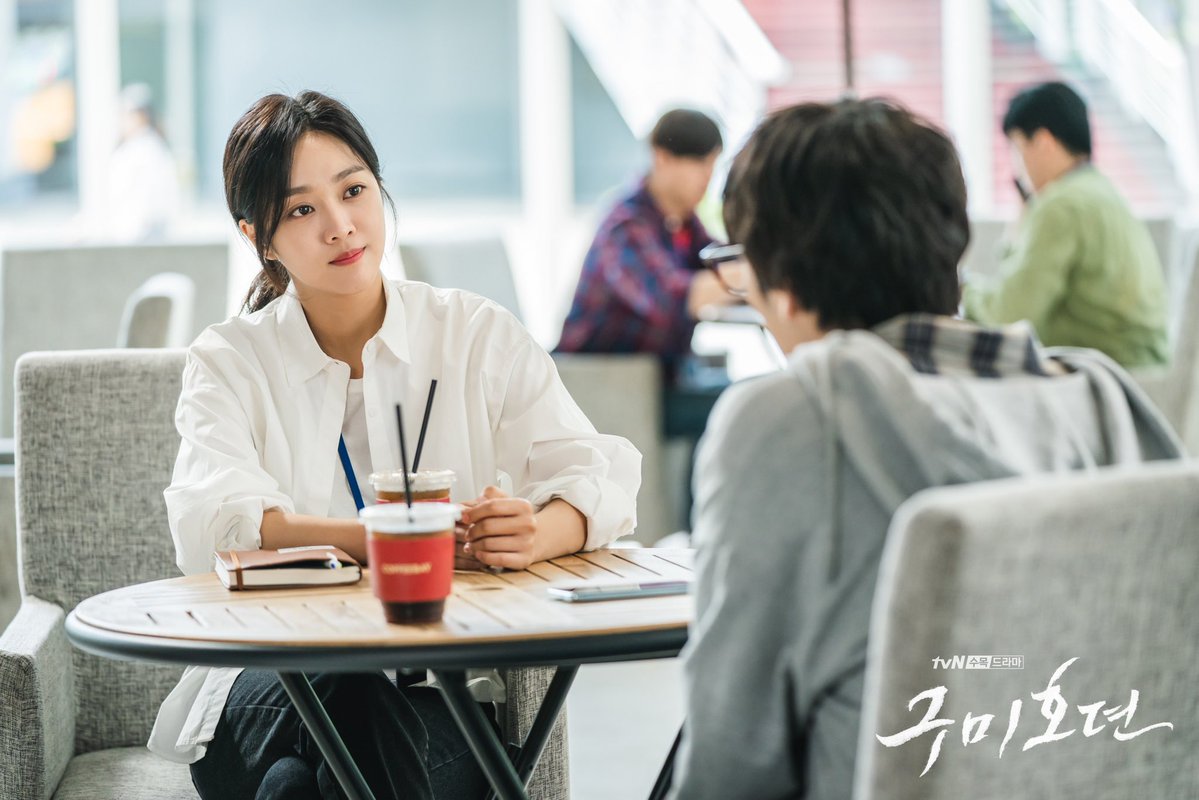 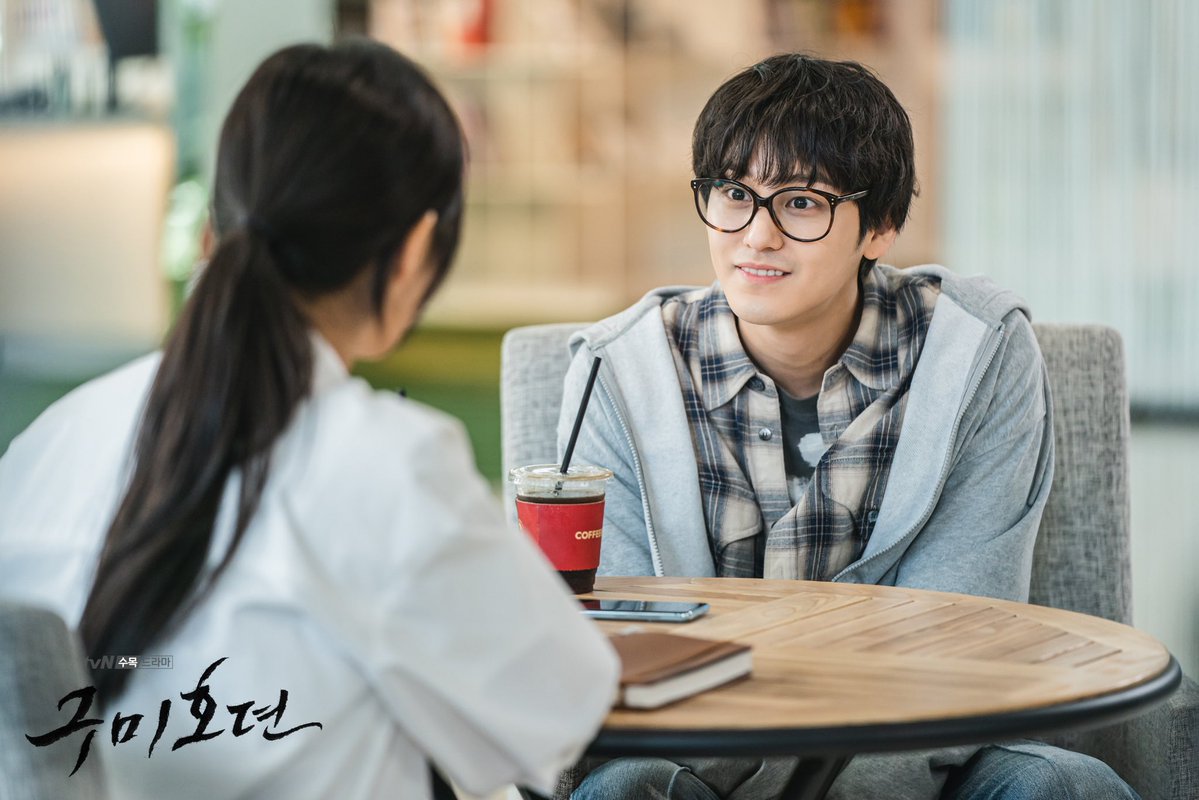 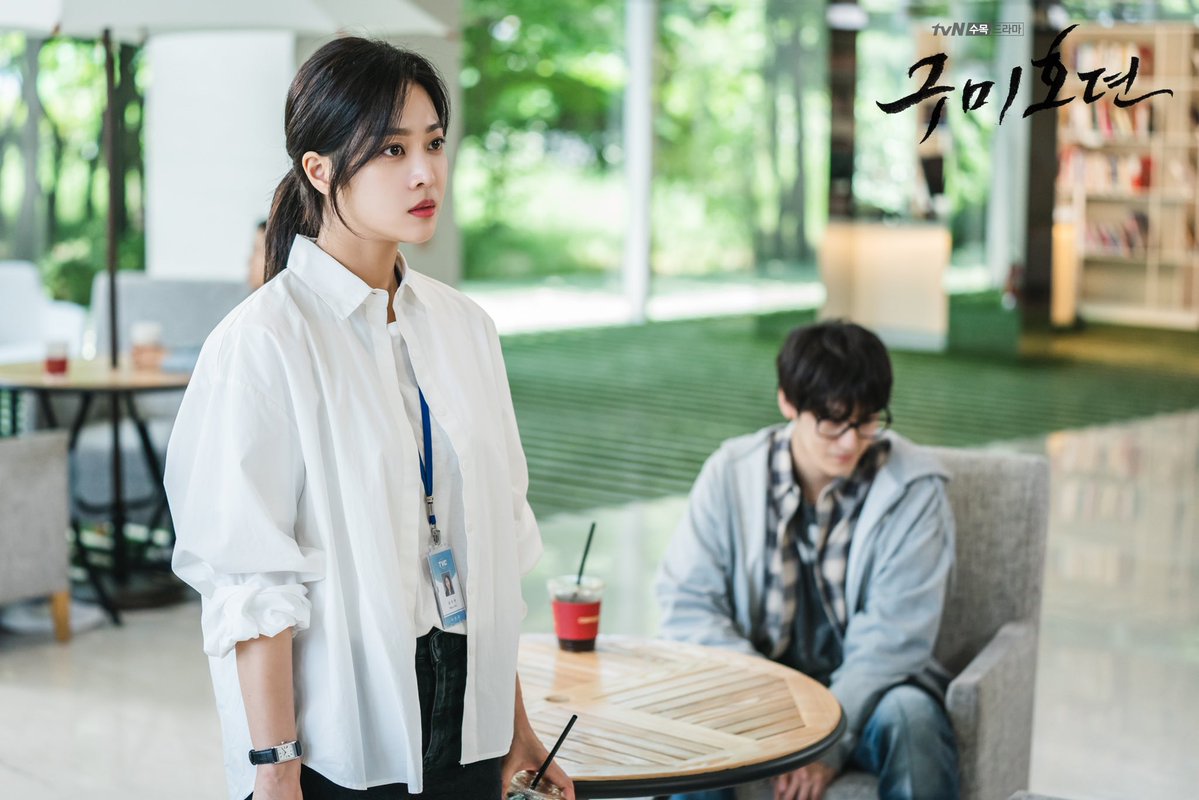 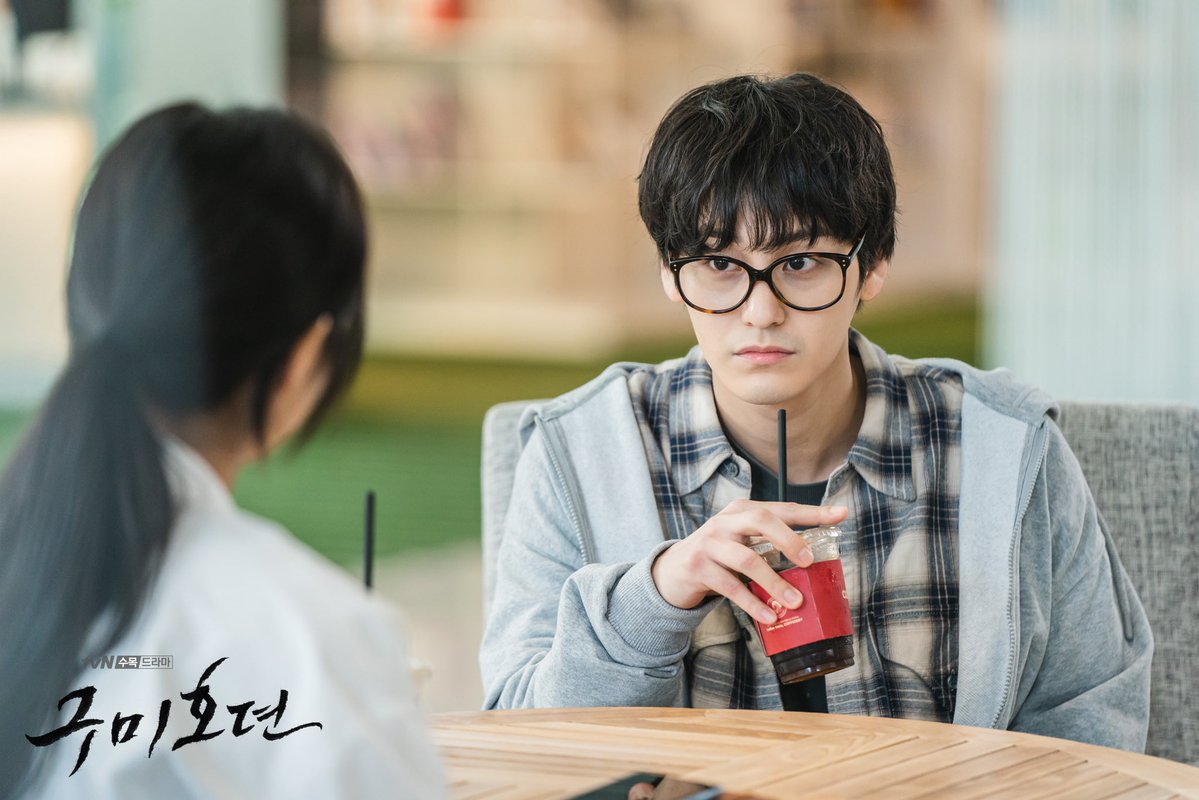 Both Jo Bo Ah and Kim Bum picked this scene as the one that left the most impact during their first script reading. Although this was the first time the two actors had met since the reading, the atmosphere on set was positive and bright until filming began, at which point both actors completely immersed themselves into their characters.

A source from the drama said, “There is an unusual atmosphere in Nam Ji Ah and Yi Rang’s first meeting. Please look forward to the chemistry between Jo Bo Ah and Kim Bum.”

“Tale of the Nine Tailed” premieres in October. Check out a teaser here!

Check out Kim Bum in the drama “Mrs. Cop 2” below!

Kim Bum
Jo Bo Ah
How does this article make you feel?