Feeling Empty After “Tale Of The Nine-Tailed”? Here’s What You Can Watch Next

Now that “Tale of the Nine-Tailed” is officially over, you may find yourself experiencing massive withdrawal symptoms. And that’s totally understandable, because this drama totally stole our hearts from the get-go, then completely ran away with it with their well-written characters and epic plotline all the way to the very end.

Especially when Lee Dong Wook did that little eyebrow raise. We were all done for!

So to help you with your withdrawal anxieties, here are some dramas that you can (re)watch, whether it’s for the charismatic actors, the premise, or the tone of the show:

If you want more of the charismatic leads:

Anyone who has watched Lee Dong Wook in anything has surely fallen for his irresistible charm. But he’s more than just a (very) pretty face. His considerable talents shine in whatever genre he’s in, often elevating even the most average script. And in “Tale of the Nine-Tailed,” his ethereal looks are the perfect fit to portray the very-much-in-love nine-tailed fox. So if you’re bitten by the LDW-bug, here’s what you can check out next: 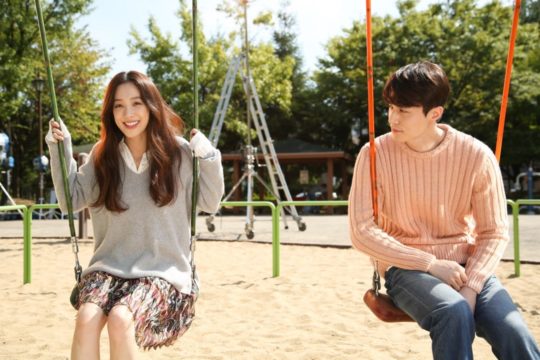 “Bubblegum,” may not be one of Lee Dong Wook’s most well-known dramas. And there are some parts that may drag a little, but overall, this little gem still garners quite a lot of love from fans mostly due to the amazing chemistry between Lee Dong Wook and Jung Ryeo Won. The way Park Ri Hwan and Kim Haeng Ah’s relationship transitions from childhood best friends to lovers is dealt with gently and naturally, and is a beautiful journey to watch. Their relationship isn’t without their obstacles but it’s these struggles that make us continue to root for this very, very adorable couple. 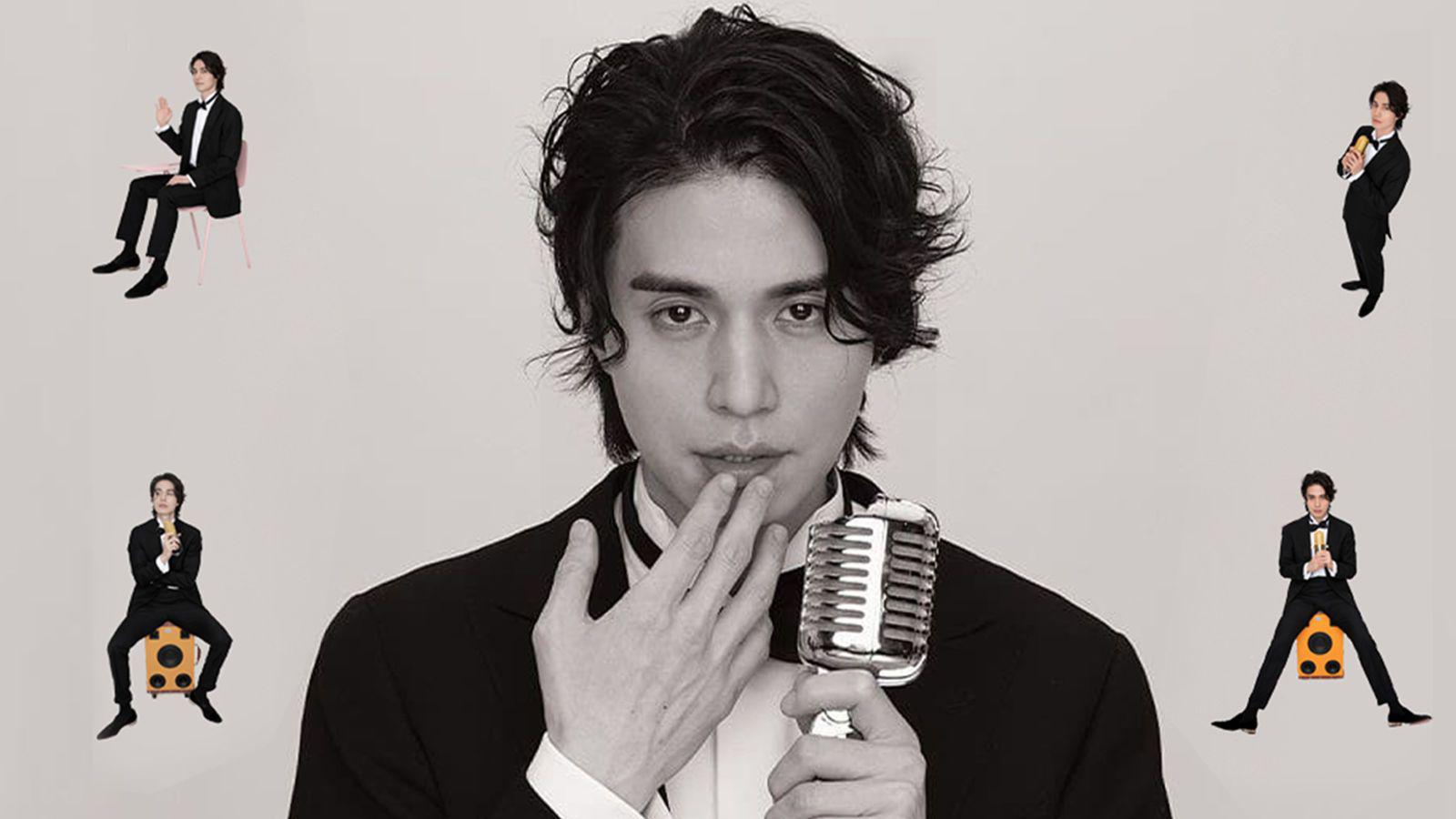 Since Lee Dong Wook has so many wonderful dramas, his recommendations alone could fill one entire article. Oh wait, there is such an article! So be sure to check that out if you want more of him and his extensive filmography. But if you’re looking for some Lee Dong Wook au natural, then you can check out his own talk show “Because I Want to Talk.” It’s a 12-episode talk show with him as the MC, and you’ll see guests ranging from comedians to actors to assemblymen. For any “Goblin” fans, Gong Yoo is the guest for the first two episodes so there’s plenty of real-life bromance in store for you!

Start watching “Because I Want to Talk”:

Jo Bo Ah caught our eyes with her easy and natural portrayal of Nam Ji Ah, the whip-smart and very relatable human who can hold her own among all the non-humans. She’s been consistently acting since 2011, starring in dramas such as “Shut Up! Flower Boy Band” and “Surplus Princess.” Here are two of her more recent projects you should check out: 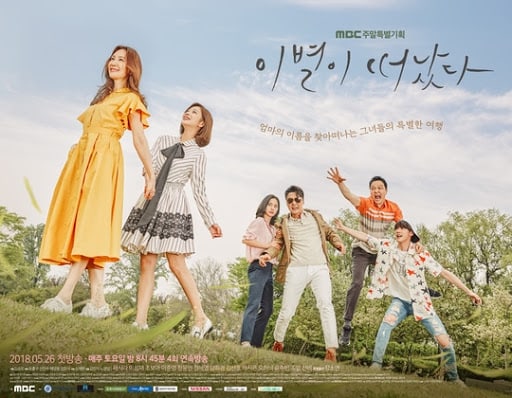 “Goodbye to Goodbye” is a family drama centered around two women, Seo Young Hee (Chae Shi Ra) and her son’s girlfriend Jung Hyo (Jo Bo Ah). This premise is certainly interesting enough, especially given the fact that the girlfriend appears at the mother’s doorstep pregnant. And the son himself doesn’t want the baby. Naturally, the two women aren’t going to see eye-to-eye on matters. But after awhile, these two women from different walks of life find themselves bonding over their respective failed relationships and find healing in and with each other. Overall, you’ll be in for a drama that’s tender and thought-provoking.

Catch the first episode of “Goodbye to Goodbye”: 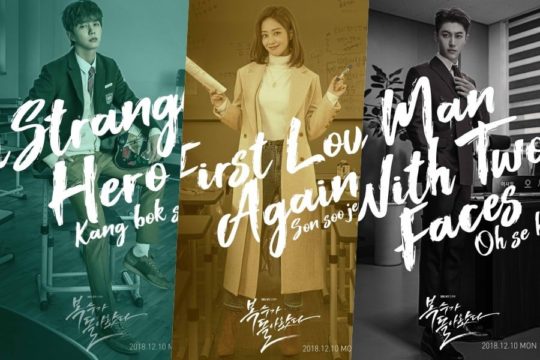 “My Strange Hero” is about how Kang Bok Soo (Yoo Seung Ho) was expelled from his prestigious high school because he allegedly pushed his best friend off a roof, a claim that was also backed up by his then girlfriend Son Soo Jung (Jo Bo Ah). Years later, because of a highly publicized good deed, Bok Soo is re-accepted back to his high school and decides to take the chance to get revenge on the school and the two people who ruined his life. Though the storyline gets a little wobbly at points, the characters themselves are all well-rounded and interesting, and the actors do a great job keeping us viewers entertained. Plus, Yoo Seung Ho and Jo Bo Ah share such sweet chemistry!

Kim Bum’s portrayal of Lee Rang — maniacal yet vulnerable — has been absolutely captivating to watch and really cements just how good an actor he is. Sadly, even though Kim Bum gained a lot of attention as one of the F4 in “Boys Over Flowers,” his career since then has been somewhat subdued. Here are some of his works that you may have missed out on: 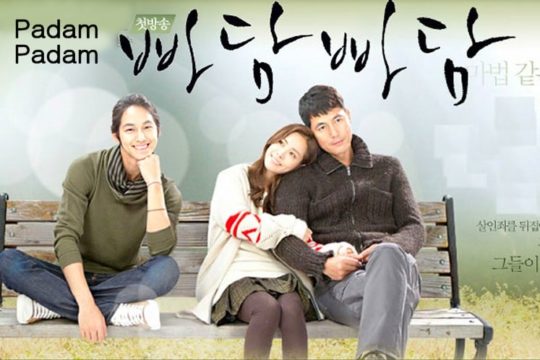 “Padam Padam” is known for two things: One, it’s the inaugural drama to air on the newly-launched JTBC channel, and two, Kim Bum lost a lot of weight for his role. He played Lee Gook Soo, a guardian angel to his friend Yang Kang Chil (Jung Woo Sung), who is serving a long sentence for a murder he didn’t commit. And mind you, that’s a literal guardian angel, with wings and everything. This is a beautiful drama, both in execution and in meaning, and with a vastly talented trio of Jung Woo Sung, Han Ji Min, and Kim Bum as the leads, you know you’ve got a drama that will make your heart race just a little faster. 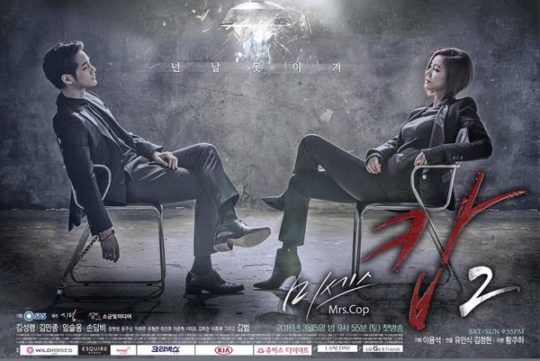 “Mrs. Cop 2,” like the first one, is about a female detective named Yoon Jung (Kim Sung Ryung) and her squad. Kim Bum is not one of the detectives on her squad. His character, Lee Ro Joon, is the charismatic antagonist of the show. (Imagine Lee Rang’s negative qualities amplified — chaos-seeking and self-serving). This crime thriller largely focuses on Yoon Jung and Ro Joon’s dangerous game of cops and robbers, and you might even find yourself taken aback by the twists and turns. While it’s arguable that the original “Mrs. Cop” may be the better version, the actors in the sequel (especially Kim Bum) still deliver in spades and are the highlights of the drama.

If you want something with a male lead that loves ever so deeply:

Surely we’re all suckers for male leads who are so deeply in love with their other halves, they would move mountains for them. And male leads like Lee Yeon who fall in love twice with the same person? Who consciously chooses the same person again? That kind of love is so strong it just takes our breath away, just like what we see in these dramas: 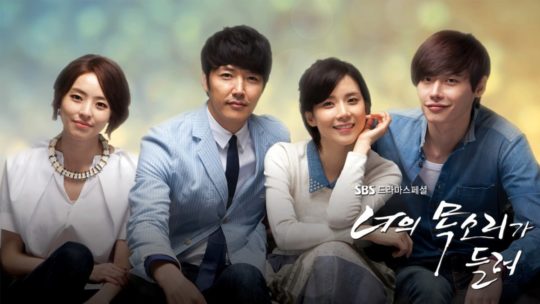 Even though they were still kids, it was love at first sight for Park Soo Ha (Lee Jong Suk) from the moment he laid eyes on Jang Hye Sung (Lee Bo Young). However, when they meet again as adults, she’s become a very jaded and cynical public defender and very far from the woman he’s been pining for all these years. But this doesn’t stop him from getting to really know her this time and falling in love her with this version of her, as flawed as she may be. Lee Jong Suk imbues Park Soo Ha with such sincerity and earnestness — that plus all his puppy-like clinginess — is enough to melt any noona‘s heart.

Start watching “I Hear Your Voice”: 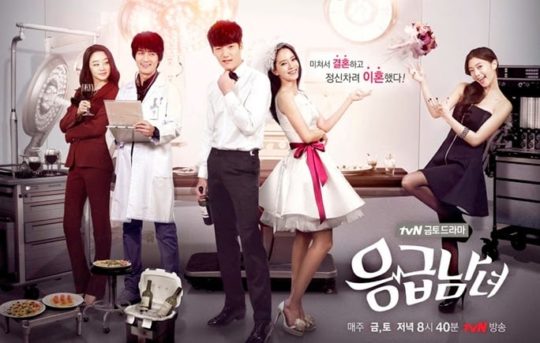 “Emergency Couple” stars Choi Jin Hyuk and Song Ji Hyo as a divorced couple that happens to wind up working in the same emergency room. Their divorce wasn’t the most amicable, so all that baggage — plus the stress of being interns in the emergency room — weighs on them and ignites quite a few fights between them. But along the way, the same circumstances force them to re-evaluate their relationship. They really have a no-holds-barred conversation about the highs and lows of their failed marriage, allowing them to fall back in love with each other. This is a heartfelt drama about second chances that is gift-wrapped in lots of humor and sizzling chemistry.

If you want something bright and peppy:

For quite a lot of us viewers, “Tale of the Nine-Tailed” turned out to be darker than we expected, especially in the first few episodes that really leaned into the horror element. So, if you’re looking for something lighter and brighter to give your pounding heart a break, then be sure to check these dramas out: 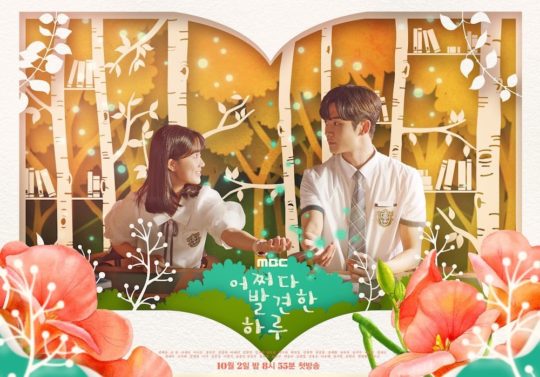 While “Extraordinary You” is a youth drama set in a school setting, it’s surprisingly more substantial and self-aware than one would expect from this genre. At the heart of it all is a bright, vibrant drama about a group of teenagers who one day realize they’re fictional characters in a manhwa (a comic book). It’s a story of growth, of fighting against a supposed fate, and of a sweet, sweet first love.

This little gem of a drama, led by the super adorable Kim Hye Yoon and SF9‘s Rowoon, is like a warm ray of sunshine on a cold winter’s day, and no doubt you’ll feel all fuzzy inside after watching it. And as an added bonus, Lee Tae Ri, who plays the menacing Imoogi in “Tale of the Nine-Tailed,” is also in this drama as the similarly oddly-named Dried Squid Fairy! 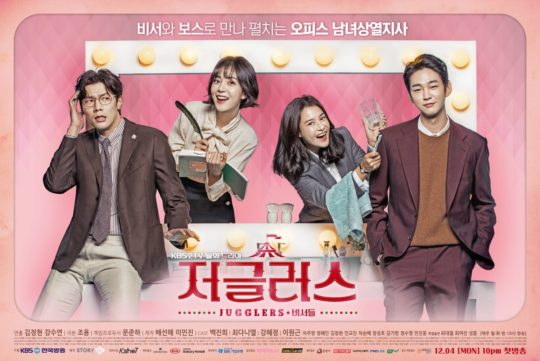 “Jugglers” is centered around secretaries who have to “juggle” their workload to please their bosses. Among these secretaries is the mild-mannered Jwa Yoon Yi (Baek Jin Hee) who happens to work for the cold and distant Nam Chi Won (Choi Daniel). While a workplace drama is nothing new — and neither is a boss-secretary romance — “Jugglers” manages to rise above the fold with its relatable characters played by a host of solid actors. They bring so much heart to their characters, and they themselves appear to be having so much fun while shooting this breezy rom-com. It’s a guarantee that you’re in for a very fun time!

Re-watch “Tale of the Nine-Tailed”:

How severe is your post-drama withdrawal? Share your coping mechanisms and/or currently-watching dramas with fellow Soompiers down in the comments below.

Belinda_C needs herself some more Kim Bum! Stat! Talk dramas, SEVENTEEN, and Shinhwa with her on Twitter!