On November 26, Gaon Chart officially announced that BTS had earned a quintuple crown after sweeping no less than five charts for the week of November 15 to 21.

Not only did BTS’s new album “BE (Deluxe Edition)” and its title track “Life Goes On” debut at No. 1 on the physical album chart and the digital download chart respectively, but the group’s long-running hit “Dynamite” remained No. 1 on both the overall digital chart and the streaming chart for the fourth consecutive week.

Additionally, BTS returned to No. 1 on Gaon’s Social Chart 2.0 for the first time since May, meaning that they topped five separate charts this week.

BTS’s “BE (Deluxe Edition)” entered the physical album chart at No. 1 this week, followed by WOODZ (Cho Seung Youn)’s “WOOPS!” at No. 2 and BTOB 4U’s “INSIDE” at No. 3. MONSTA X’s “Fatal Love,” which previously debuted at No. 1 on the chart, climbed back up to No. 4 this week, with CNBLUE’s “RE-CODE” rounding out the top five. 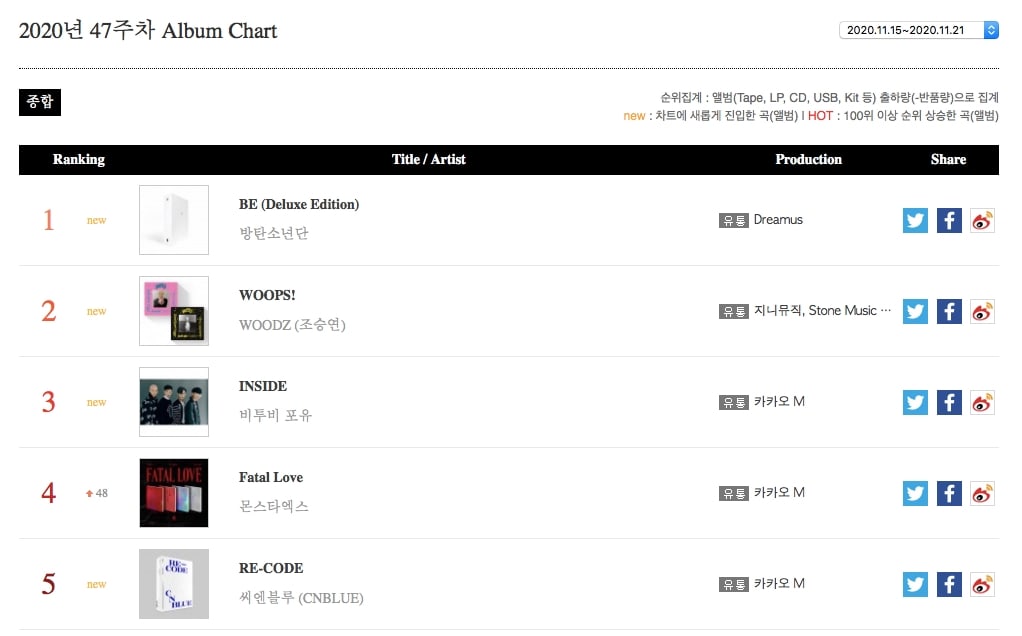 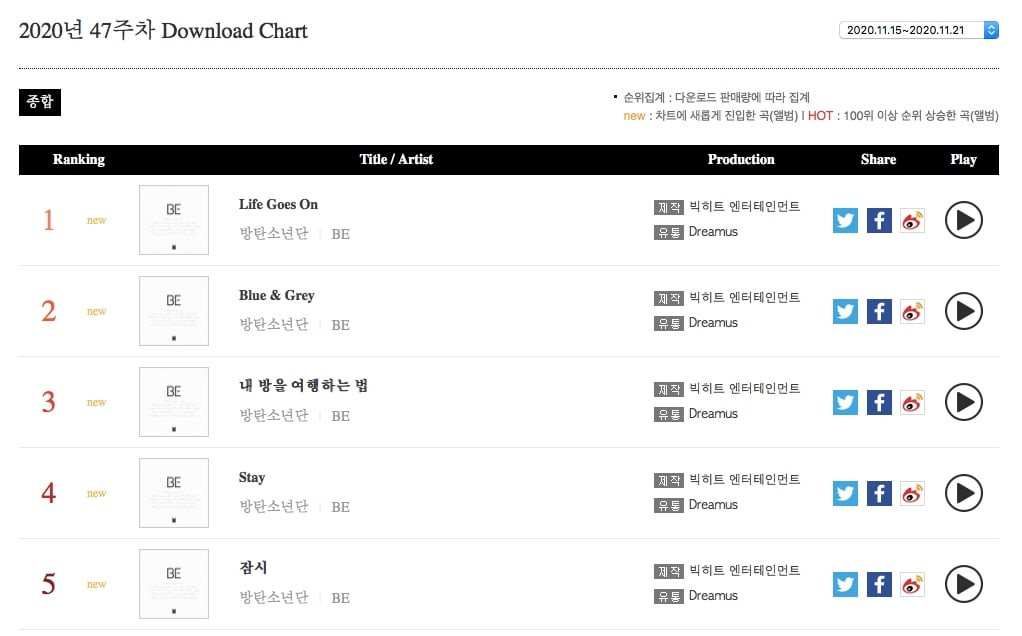 The top five songs on the overall digital chart and the streaming chart were exactly the same this week: BTS’s “Dynamite” topped both charts for the fourth consecutive week, with Im Chang Jung’s “Love Should Not Be Harsh on You” at No. 2, Jang Beom June’s “Can’t Sleep” at No. 3, BLACKPINK’s “Lovesick Girls” at No. 4, and B1A4’s Sandeul’s “Slightly Tipsy” at No. 5. 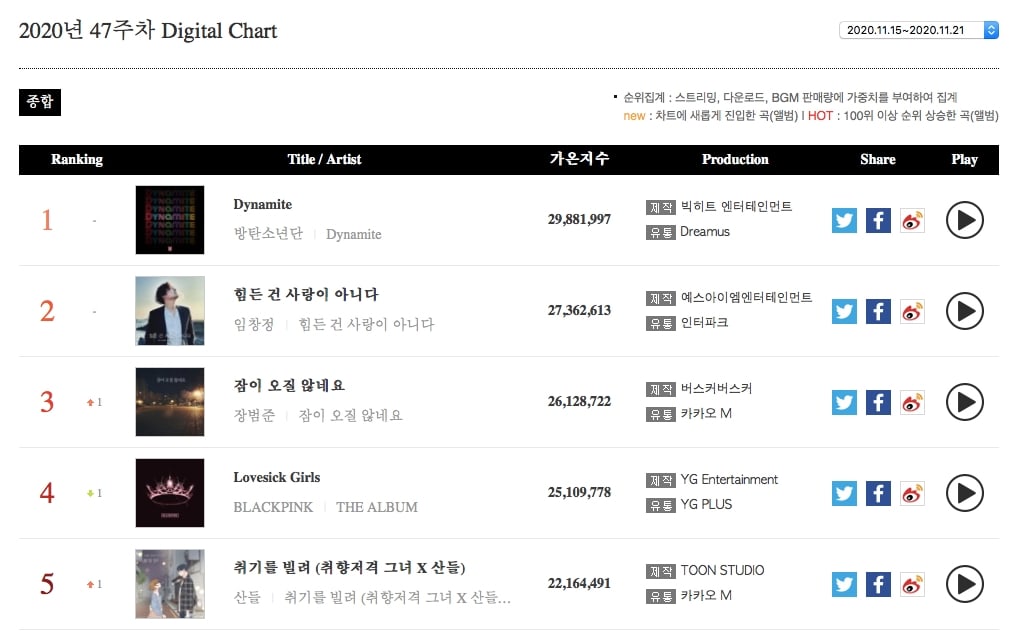 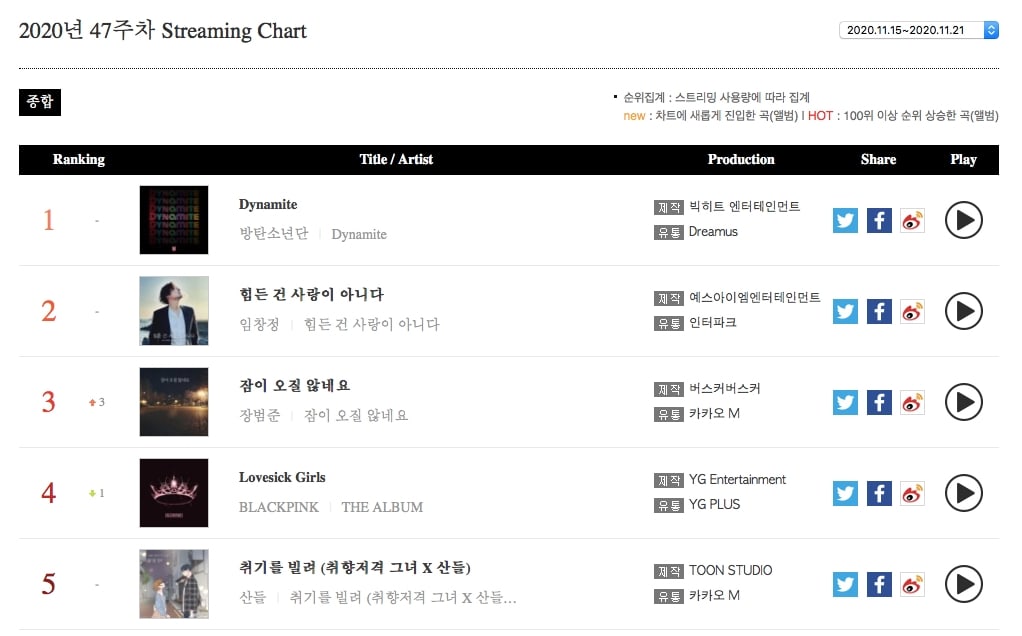 BTS rose to No. 1 on Gaon’s Social Chart 2.0 this week, followed by BLACKPINK at No. 2, Im Young Woong at No. 3, and Yang Joon Il at No. 4. Finally, SM Entertainment’s new girl group aespa made a strong debut on the chart at No. 5. 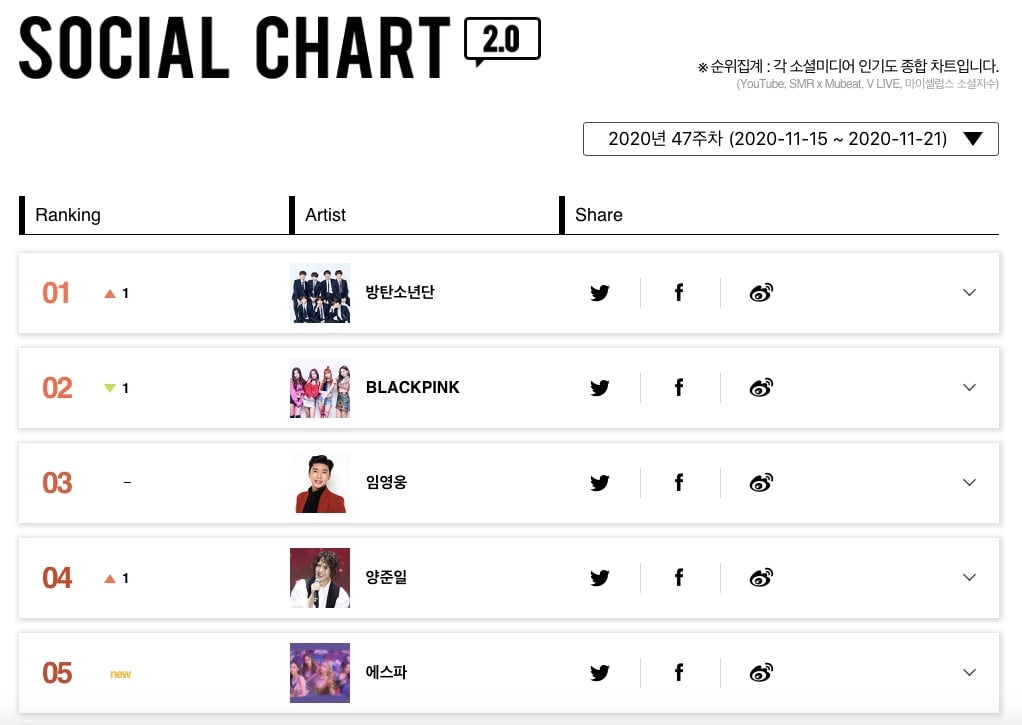