9+ Variety Shows That Thoroughly Entertained Us In 2020

For many of us, 2020 hasn’t been the easiest year. Heck, it’s nearly 2021 and many things still seem uncertain at this point. But each time things turn a little bleak or when we tumble into one of our stressed-out modes, we can always count on variety shows to get us out of our funk. K-variety shows have so much to offer us, whether we’re looking for all-out laughter and entertainment, something more soothing and healing, or even something in between. There’s bound to be a show that’ll suit your taste and mood. And thanks to these wonderful variety shows, who’ve been diligently releasing episodes despite being in the middle of a pandemic, our 2020 was made a little brighter!

So here are shout-outs to some variety shows that have thoroughly entertained us this year (in no particular order): 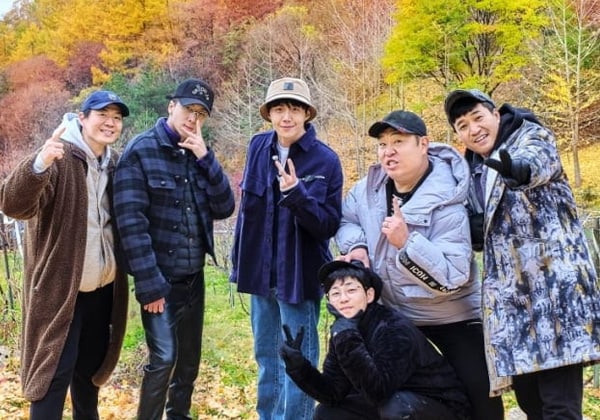 After Season 3 abruptly ended for… *cough* reasons, it took about nine months for the production to do a big revamp and start things fresh with Season 4. With a brand new producing director and a brand new cast, one thing remains the same — the down-to-earth vibe of the show. Oh, and Kim Jong Min! Yes, keeping Kim Jong Min around has become a tradition of the show, and we can’t imagine “2 Days & 1 Night” without him. He’s the one who ushers in the new cast each time, and this time around, it’s really quite a “new” cast — DinDin, VIXX‘s Ravi, Kim Seon Ho, Moon Se Yoon, Yeon Jung Hoon — with most members not having much variety experience. And it’s watching them slowly getting used to their roles and showing more of themselves that’s the most entertaining of all. 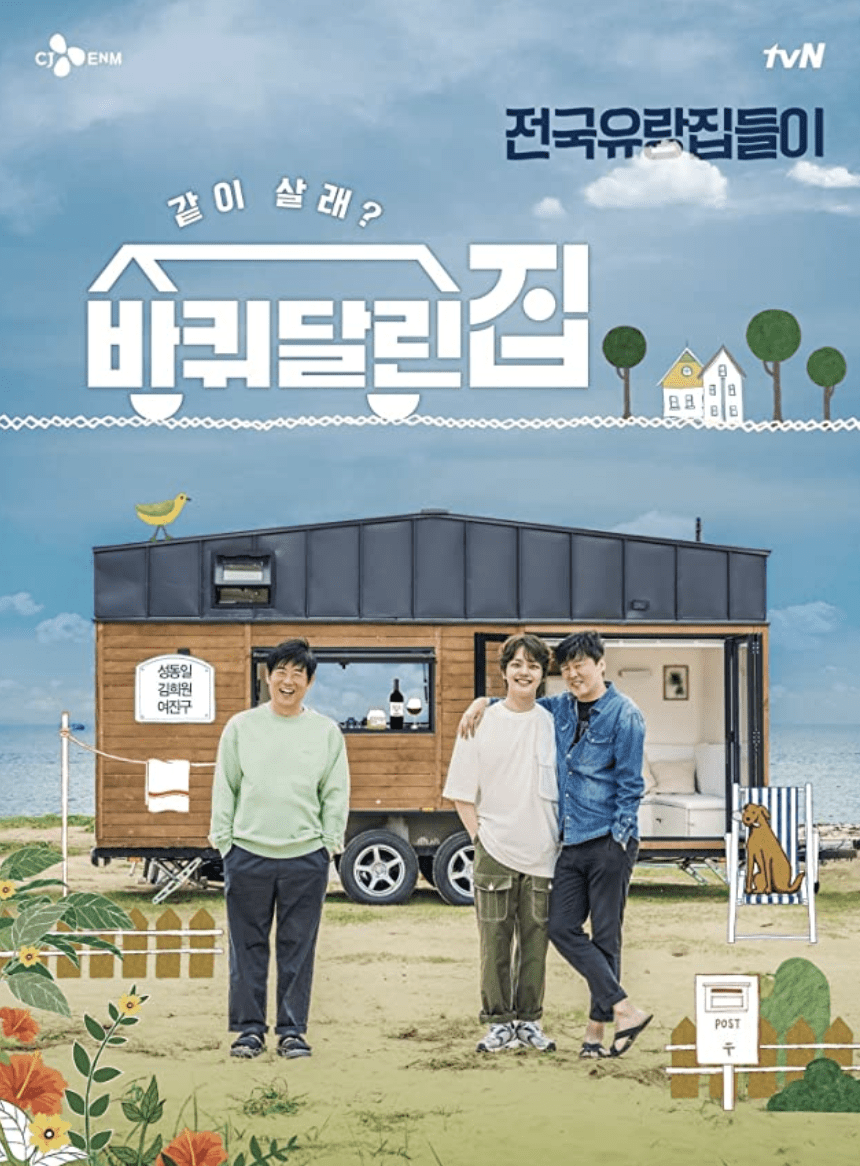 Compared to previous years, 2020 hasn’t seen as much of the quiet, “healing” type variety shows, likely because of COVID-19 restrictions. Luckily, we still get such a gem in “House of Wheels,” a show where three men take their house-on-wheels and go live outdoors for a day or two. These three men — Sung Dong Il, Kim Hee Won, and Yeo Jin Goo — share such warm chemistry, it’s just relaxing to watch them go from struggling to adapt, to eventually becoming well-versed in living outdoors. For the first season (12-episodes long), the cast members personally invited their good friends to join them, many of which were actors who worked with them in previous projects, including IU, Ha Ji Won, and Song Dong Il’s many daughters from the “Reply” series. 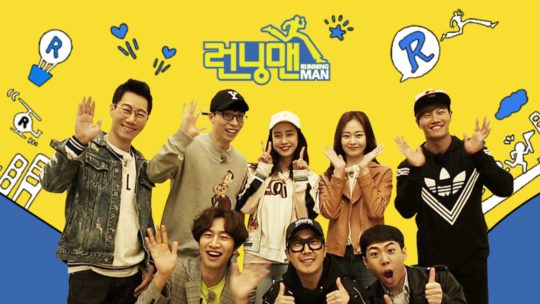 We can’t talk about a variety show must-watch list and leave out “Running Man,” can we? This is undeniably one of the most well-known Korean variety shows internationally, easily loved for it’s easy-to-understand concepts and high entertainment factor. Even in its 10th year, it’s still going strong and delivering laughs to our households each week. Despite the ongoing pandemic, the weekly episodes continue to give us the familiarity that we so need in these uncertain times. Need some memorable episode recommendations? Be sure to check out this article. 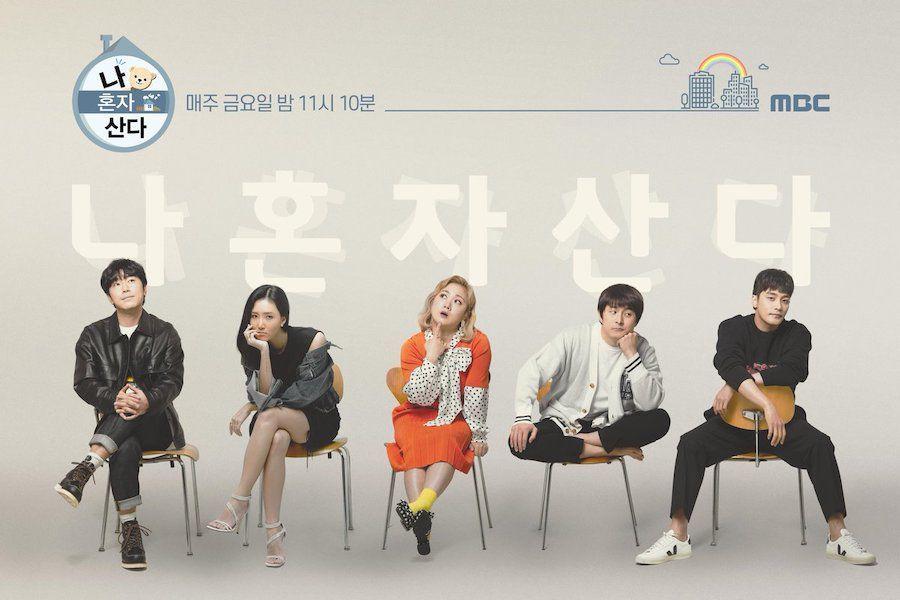 “Home Alone,” also known as “I Live Alone,” is the observational show that continues to delight by allowing us into the mysterious lives of celebrities. It’s always fascinating to see what celebrities do during their own time or how they go about their work schedules. This year, they’ve invited a wide range of guests too, from big name stars like Yoo Ah In and Song Seung Heon, to idol members like EXO‘s Kai and gugudan‘s Kim Sejeong, and even pro-golfer Park Se Ri, so there’s sure to be something for everyone. As a plus, the Rainbow Corner members (ie. the fixed members) also changes every few years, so while you may miss certain past members, it does keep the show feeling fresh and different. 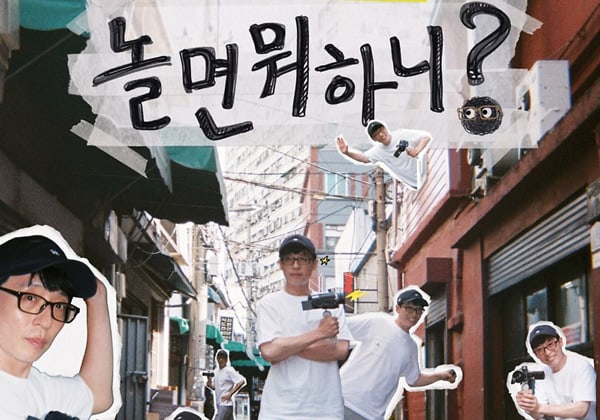 Yoo Jae Suk has a very impressive variety-show career, being involved in not one but three variety shows that have passed the 10-year milestone. And if you miss “Infinite Challenge,” his new-ish “How Do You Play?” is of the same breed, (it has the same producing director too) in that he is tasked with taking on different challenges with different alter egos. He’s learned to play the harp and even debuted as a Trot singer, but the one challenge that was super buzzworthy this year was for him to start a throwback co-ed group, in which he managed to wrangle two of the biggest soloists from the last decade — Lee Hyori and Rain. Together they formed the co-ed group SSAK3, which swept the charts with their fun Summer singles, and from there the show even formed a spin-off group consisting of women with fierce images. And so with Uhm Jung Hwa, Hyori, Jessi, and MAMAMOO‘s Hwasa, the Refund Sisters were born!

Catch a recent episode of “How Do You Play?” here:

“Master in the House” 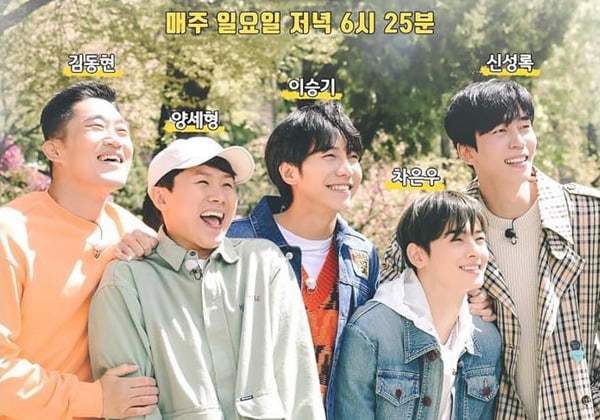 “Master in the House” — which is about to celebrate its third anniversary — is a variety show about life lessons, bundled in a funny and easily-digestible packaging. The show invites people from different industries (including entertainment, sports, business etc.) and learn about… basically whatever they’re teaching. Hearing about the experiences and struggles of these “Masters” can be quite touching and inspirational, and the show itself gives off a warm, easy vibe. Earlier this year, we said goodbye to two OG cast members Lee Sang Yoon and BTOB‘s Yook Sungjae, and welcomed Kim Dong Hyun and ASTRO‘s Cha Eun Woo to form a new brotherhood of five.

Catch a recent episode of “Master in the House” here:

“New Journey to the West” Season 8 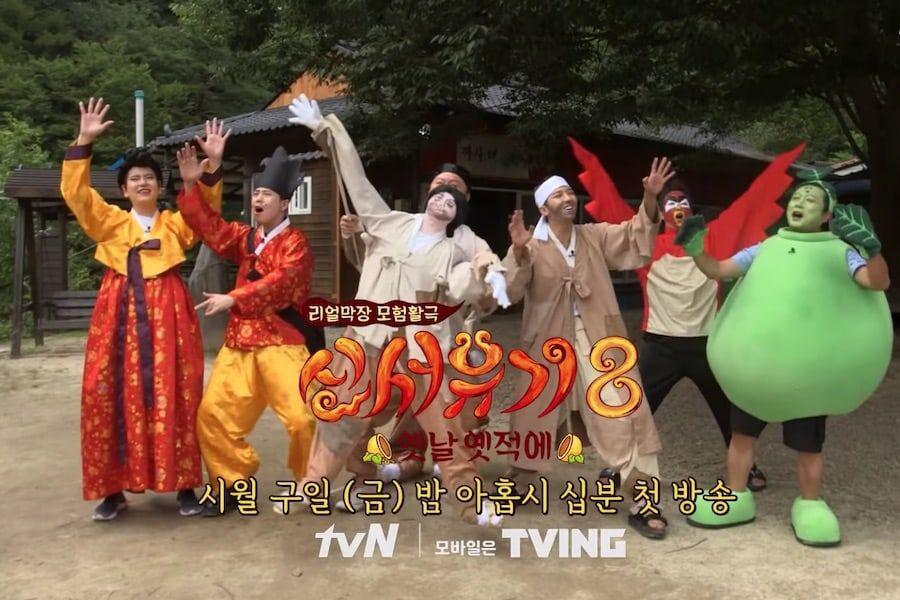 “New Journey to the West” is one variety show that never fails to deliver the laughs. The six cast members, though all having very distinct personalities, have great chemistry together and play off each other well. And whether it’s them playing against each other or against the production team, they always manage to make everything fun, rambunctious, and hilarious. The costumes are always the cherry on top too! Lee Soo Geun’s ghillie camouflage costume this season? Insta-classic!

Catch Season 4 of “New Journey to the West” here: 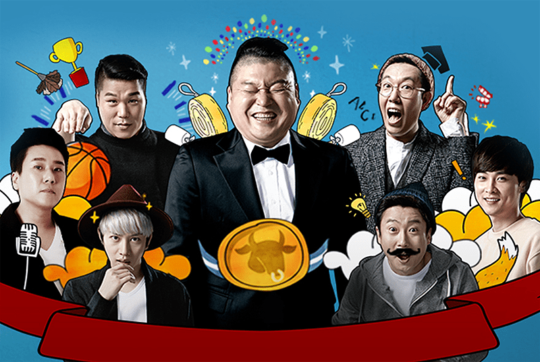 Catch a recent episode of “Ask Us Anything” here: 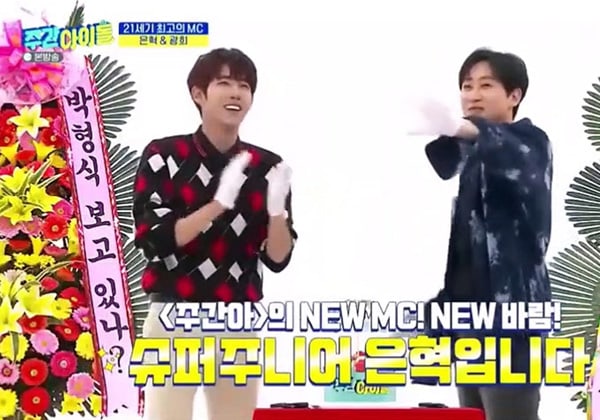 “Weekly Idol” has gone through many a host changes these few years, with the current iteration having an MC duo of Hwang Kwanghee and Super Junior’s Eunhyuk. Despite these changes, the heart of the show remains the same: it’s a show where idols get to be their idol-iest selves, within the comfort of the familiar four-white-walls. While many other idol-centered shows have come and gone, this particular one is close to its 10th year on air. This year, they continue to bring in idol groups of great caliber, ranging from the big sunbae groups like Super Junior and Koyote, all the way to rookies like WEi and ENHYPEN. 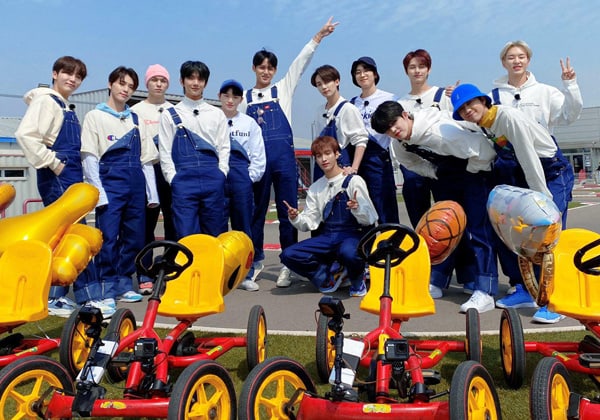 Okay, so I’m probably biased here, but “Going Seventeen,” SEVENTEEN‘s own weekly variety content, is really entertaining, really well-produced, and it’s getting a lot of attention from non-Carats (fandom name) and even non-K-pop fans. Adorably, fans of the show (but yet to be full-fledged Carats) have even given themselves a fandom name: Cubics (as in synthesized diamonds).

With chaotic members (who at times forget they’re singers and not comedians), witty directors and editors (who never miss a chance to roast the boys), and fun concepts (there’s even an episode that starts out with a disclaimer that it’s a doomed episode), you’ll never experience Monday blues again! So be sure to check out “Going Seventeen” every Monday at 10:10 p.m. KST, available on their own YouTube and V Live channels And if you need a recommendation on which episodes to check out, you can refer to this article.

Which variety show are you currently watching? And which one is your weekly must-watch? Share your recommendations with Soompiers below in the comments section!

Belinda_C thinks everyone should watch “Shinhwa Broadcast” too! Talk variety shows, SEVENTEEN, and Shinhwa with her on Twitter!

SEVENTEEN
Soompi Spotlight
Knowing Bros
Running Man
Weekly Idol
Home Alone
Master in the House
How Do You Play?
2 Days &amp; 1 Night Season 4
House on Wheels
New Journey to the West 8
Going Seventeen
How does this article make you feel?