Gaon Chart has revealed its chart rankings for the week of December 20 to December 26!

NCT swept the top two spots on this week’s physical album chart with their latest release “RESONANCE Pt. 2.” Not only did the regular version of the album claim No. 1 on the chart, but the Kit version also charted separately at No. 2. 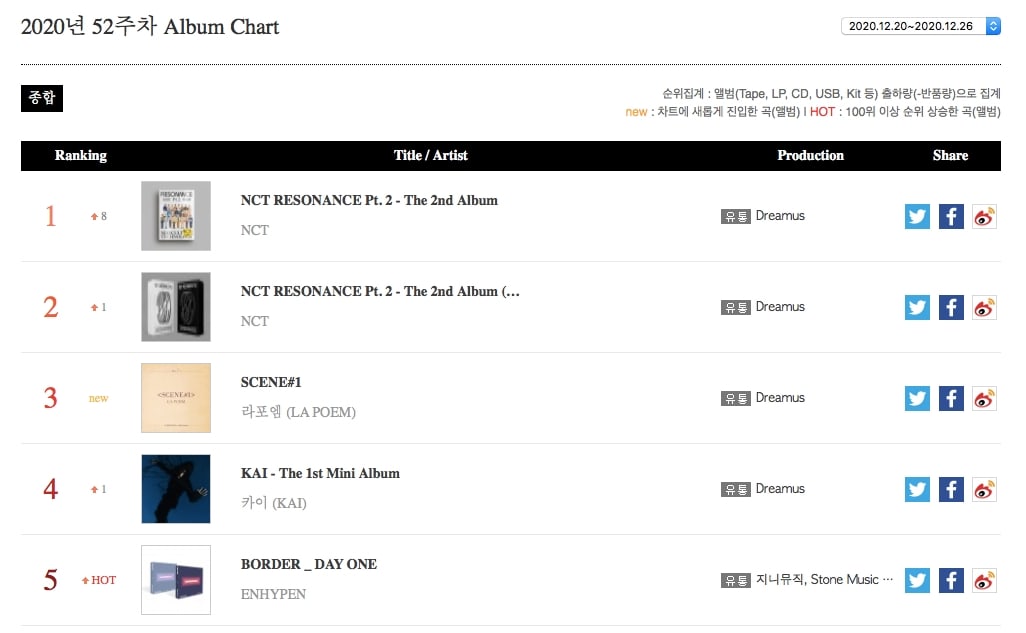 “Mister Trot” winner Im Young Woong claimed the top two spots on this week’s digital download chart, with “Trust in Me” at No. 1 and “HERO” at No. 2.

EXO’s Baekhyun’s “Amusement Park” entered the chart at No. 3 this week, while Naul’s “For Each Other’s Sake” debuted at No. 4. Finally, Mariah Carey’s Christmas classic “All I Want For Christmas Is You” rounded out the top five for the week. 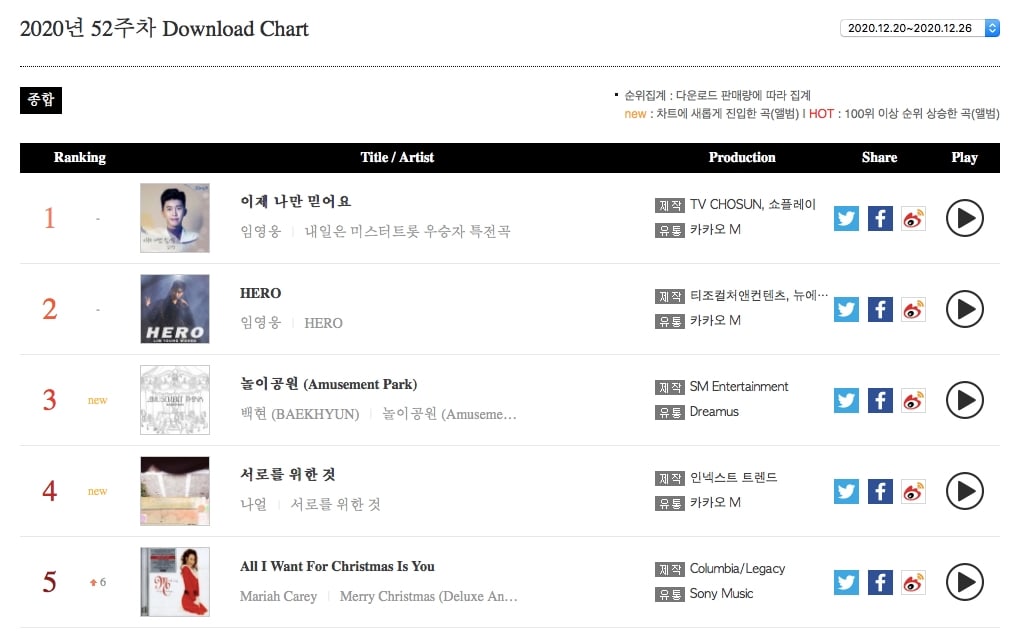 The top five songs on the overall digital chart and the streaming chart were exactly the same this week: “Show Me the Money 9” rappers Mirani, Munchman, Khundi Panda, and MUSHVENOM’s hit collaboration “VVS” (featuring JUSTHIS and produced by GroovyRoom) continued to top both charts for the fifth consecutive week. 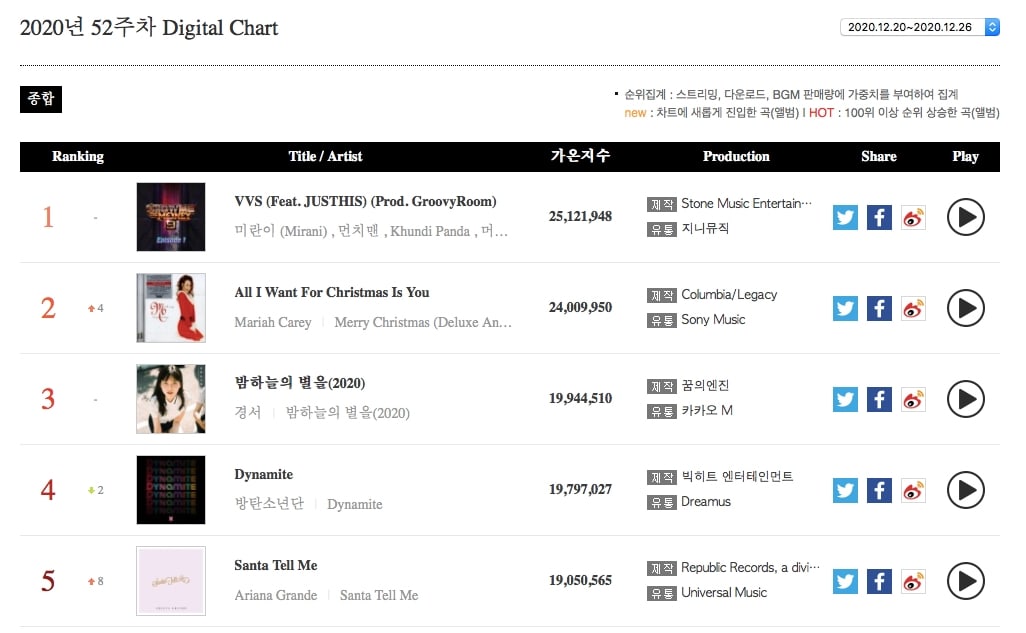 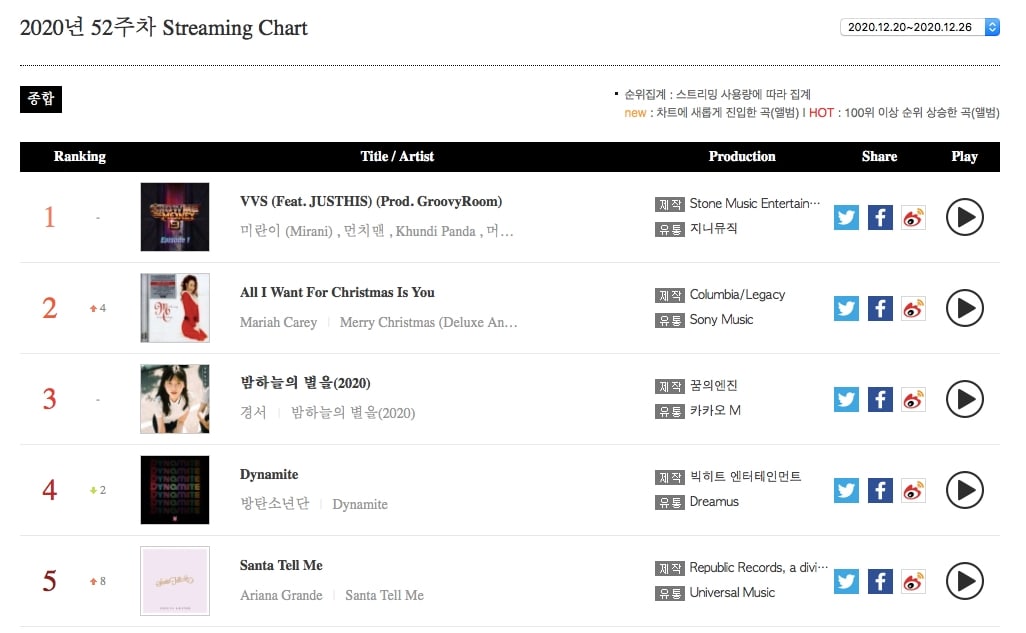 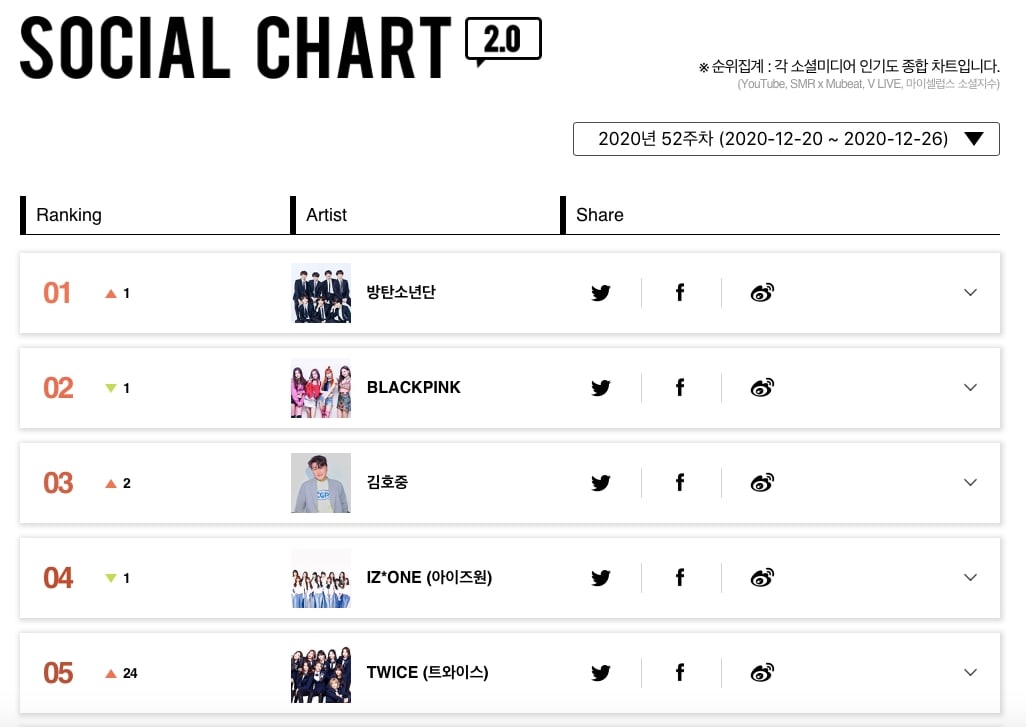