Gaon Chart has revealed its chart rankings for the week of January 24 to January 30!

Dreamcatcher topped this week’s physical album chart with their latest mini album “Dystopia : Road to Utopia,” which debuted at No. 1. Golden Child’s new mini album “YES.” entered the chart at No. 2, while BLACKPINK’s “THE ALBUM” climbed back up the rankings to No. 3. iKON’s Bobby’s second full-length solo album “Lucky Man” made its debut on the chart at No. 4, and CRAVITY’s “SEASON 3 HIDEOUT: BE OUR VOICE” rounded out the top five for the week. 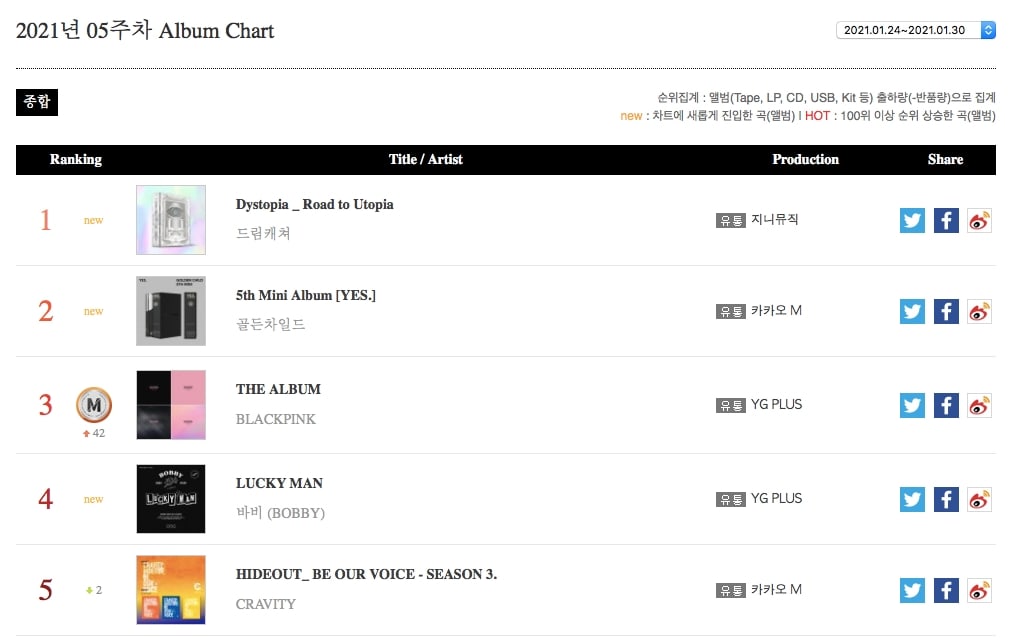 Golden Child’s new title track “Burn It” debuted at No. 2 on this week’s digital download chart, followed by 10cm’s “Borrow Your Night” at No. 3. Finally, Super Junior’s Kyuhyun’s “Moving On” and IZ*ONE’s “D-D-DANCE” entered the chart at No. 4 and No. 5 respectively. 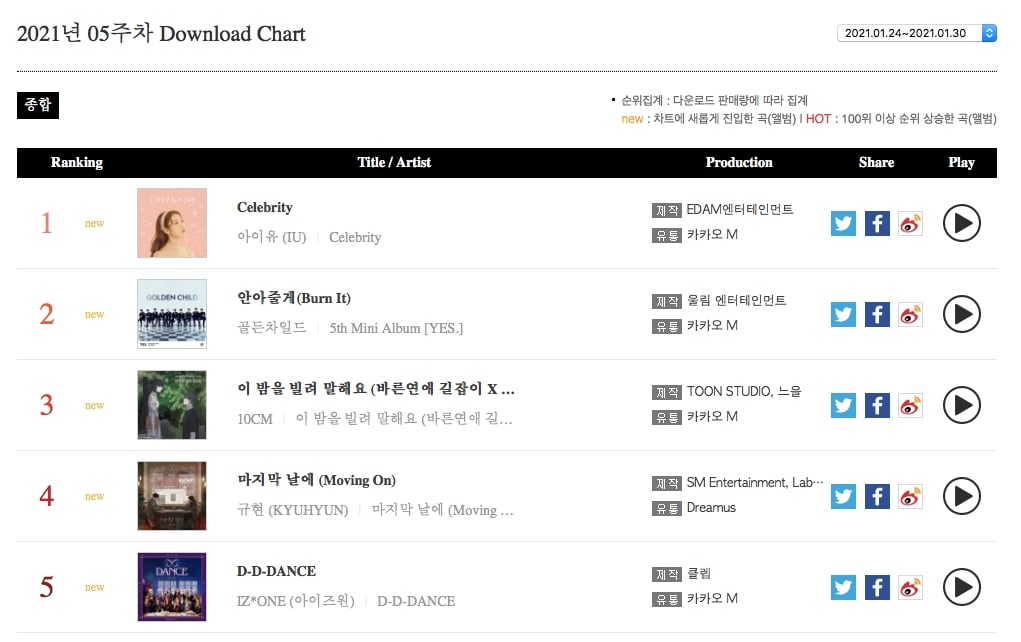 IU’s “Celebrity” and 10cm’s “Borrow Your Night” entered the overall digital chart at No. 1 and No. 2 respectively this week, trailed by KyoungSeo’s “Shiny Star (2020)” at No. 3 and BTS’s “Dynamite” at No. 4. “Show Me the Money 9” rappers Mirani, Munchman, Khundi Panda, and MUSHVENOM’s hit collaboration “VVS” (featuring JUSTHIS and produced by GroovyRoom) rounded out the top five for the week. 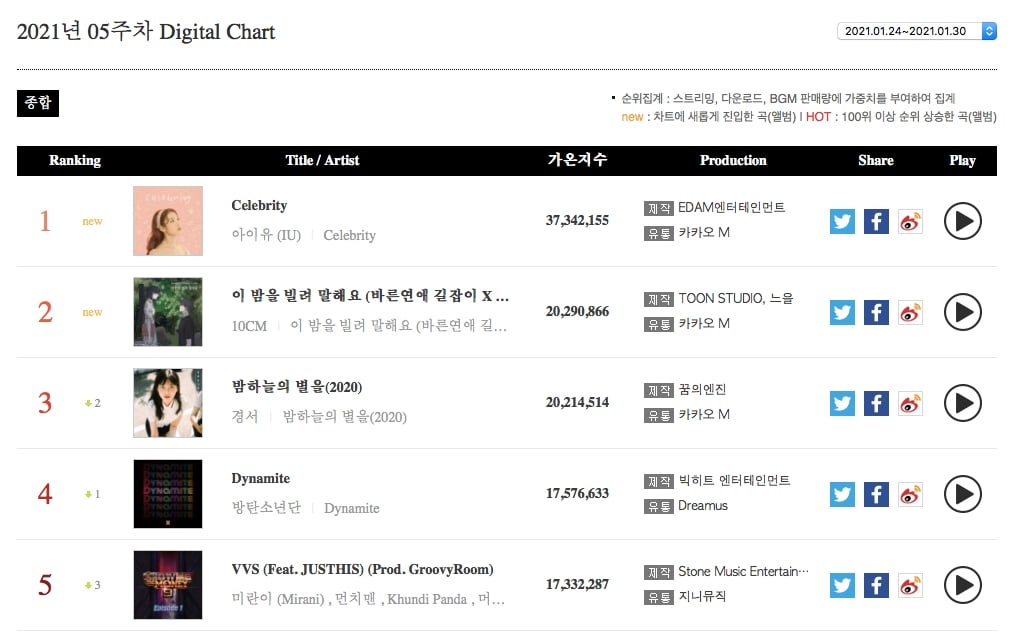 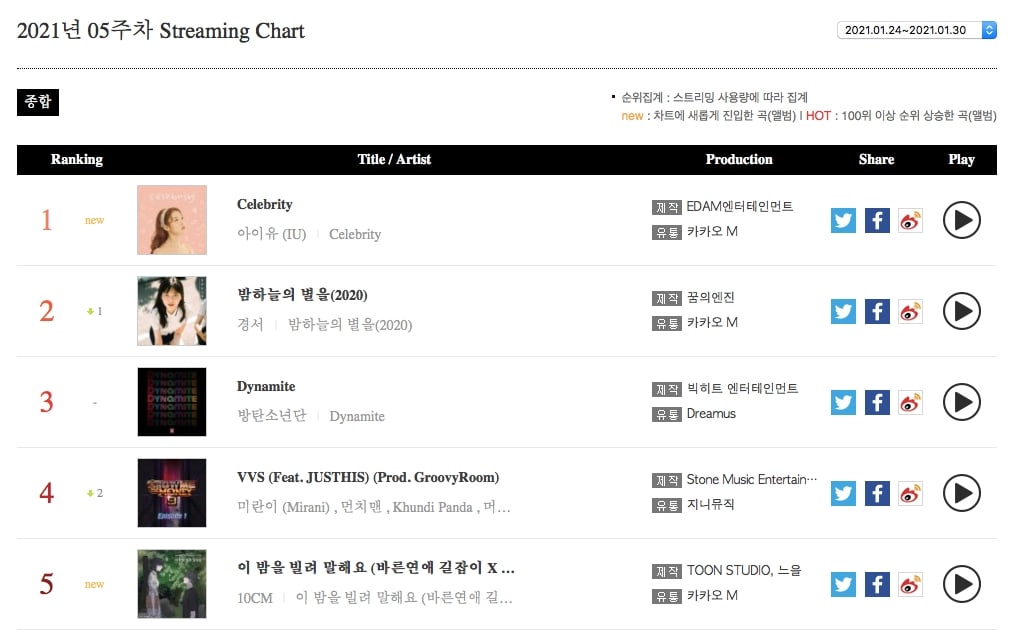 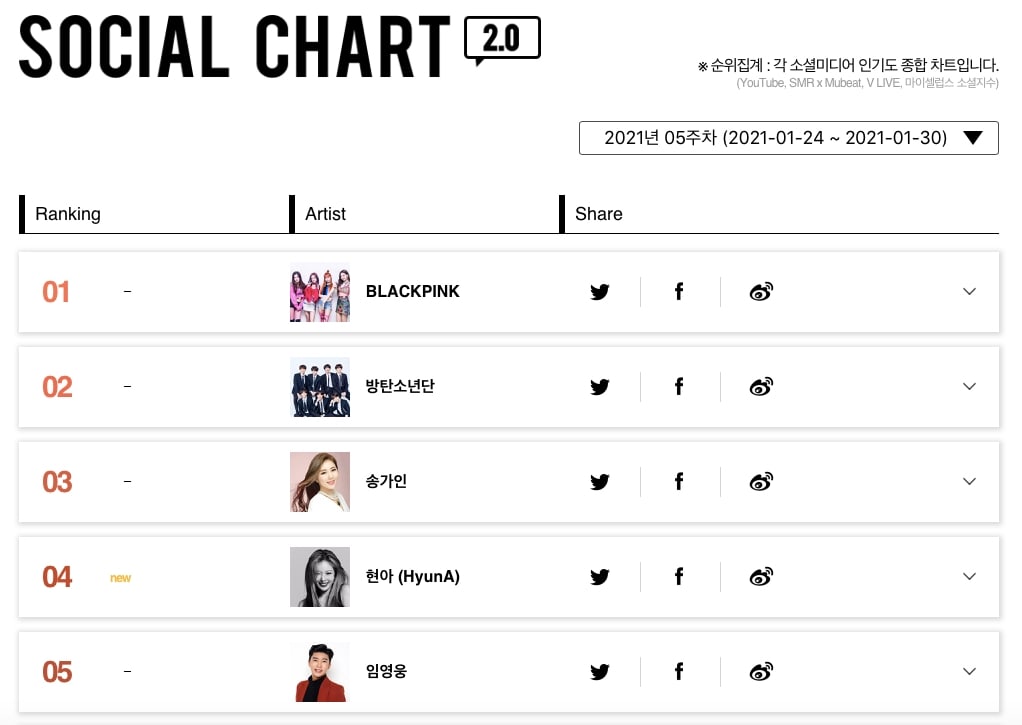