Gaon Chart has revealed its chart rankings for the week of February 7 to February 13!

Notably, four years after its release, NCT DREAM’s 2017 single album “The First” climbed back up the chart to No. 2 this week. 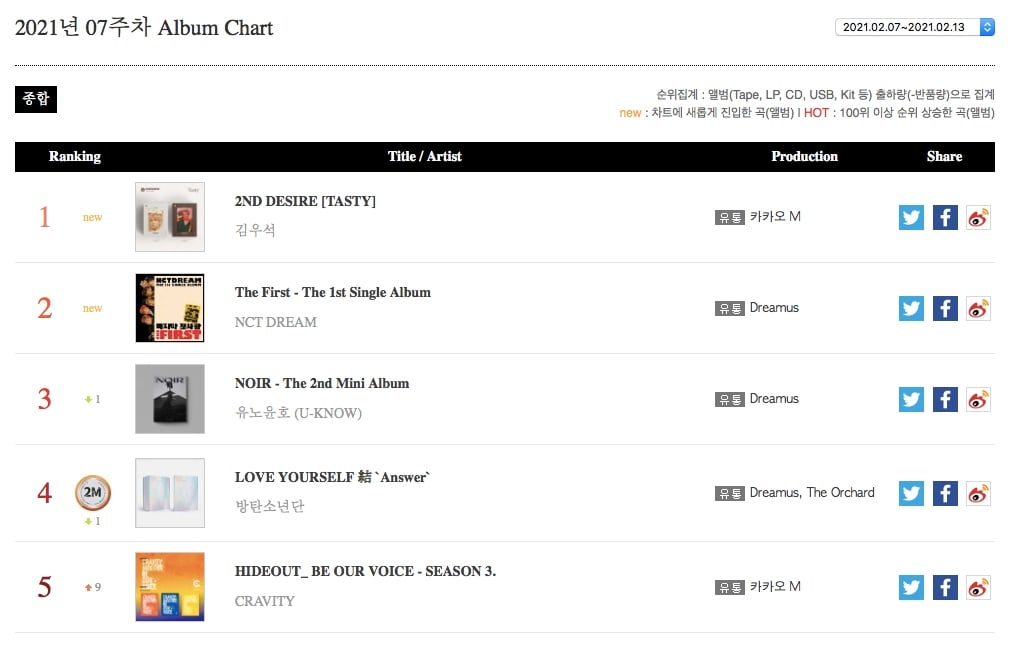 IU continued to top both the overall digital chart and the streaming chart with her latest hit “Celebrity” for the third consecutive week.

KyoungSeo’s “Shiny Star (2020)” similarly held onto its spot at No. 2 on the overall digital chart, while BTS’s smash hit “Dynamite” maintained its position at No. 3.

“Show Me the Money 9” rappers Mirani, Munchman, Khundi Panda, and MUSHVENOM’s hit collaboration “VVS” (featuring JUSTHIS and produced by GroovyRoom) charted at No. 4, and 10cm’s “Borrow Your Night” rounded out the top five for the week. 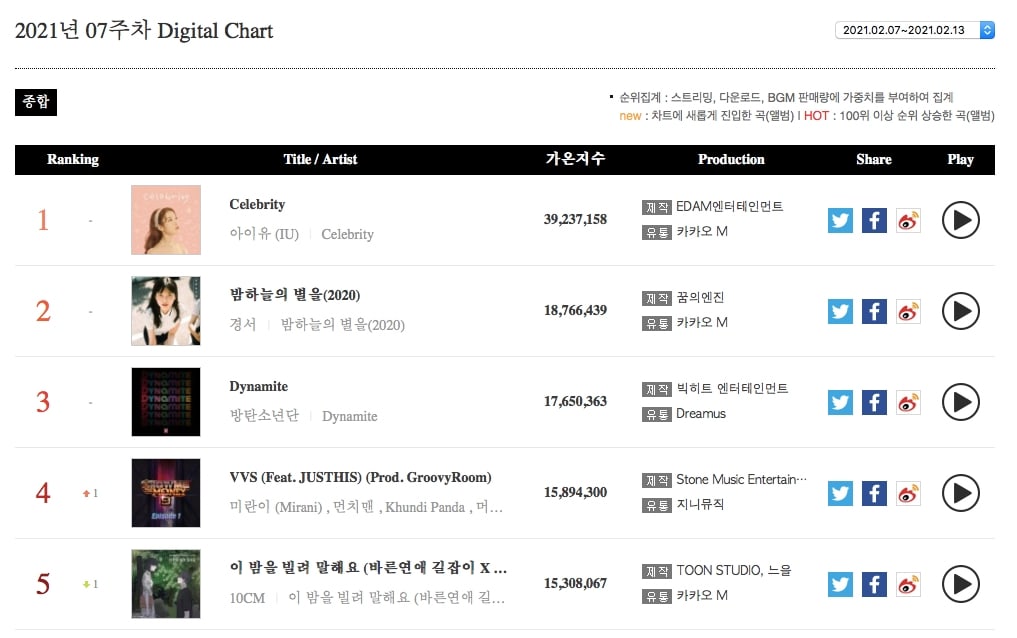 The top four songs on this week’s streaming chart were exactly the same as the overall digital chart: IU’s “Celebrity” remained No. 1, with KyoungSeo’s “Shiny Star (2020)” at No. 2, BTS’s “Dynamite” at No. 3, and Mirani, Munchman, Khundi Panda, and MUSHVENOM’s “VVS” at No. 4. Finally, Jang Beom June’s “Can’t Sleep” rose to No. 5 for the week. 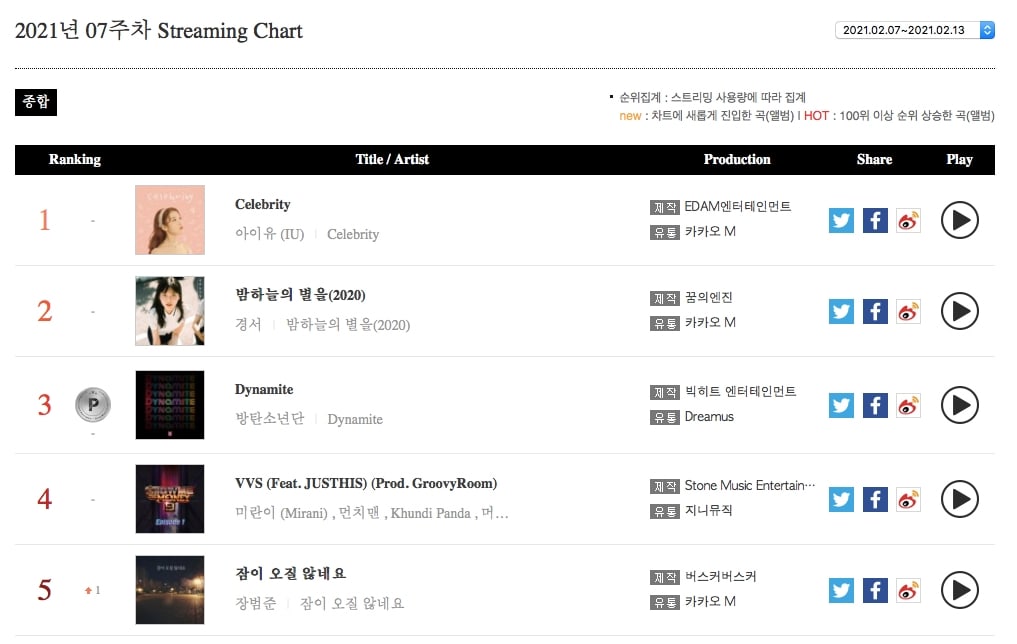 Im Young Woong claimed the next two spots on the chart with his songs “Trust in Me” and “HERO,” followed by IU’s “Celebrity” at No. 5. 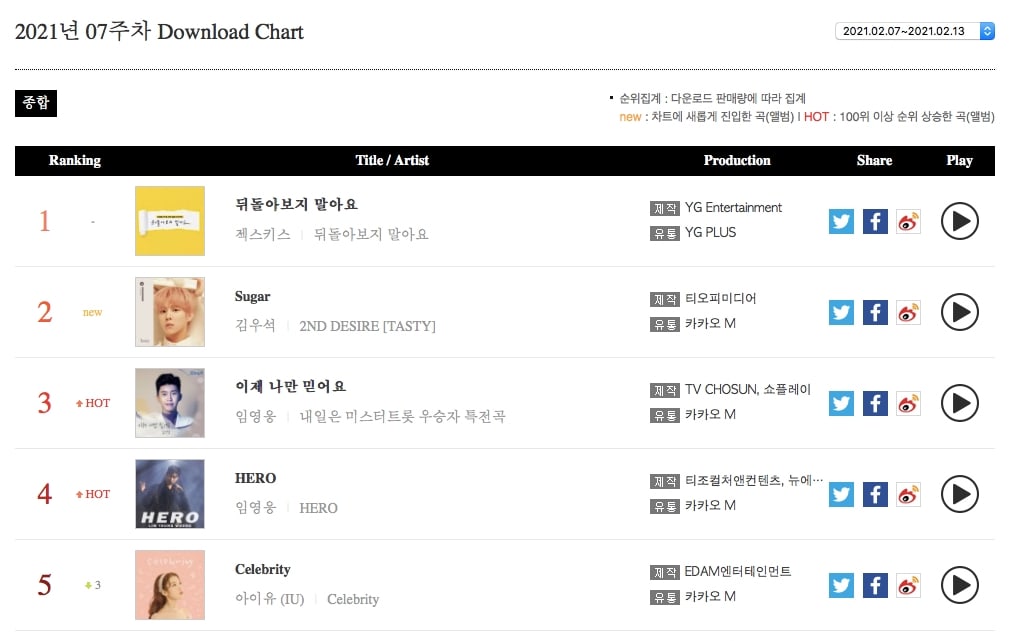 BLACKPINK continued their reign at No. 1 on Gaon’s Social Chart 2.0 this week, with BTS and Im Young Woong maintaining their respective positions at No. 2 and No. 3. Song Ga In rose to No. 4 on this week, and Kim Woo Seok entered the chart at No. 5. 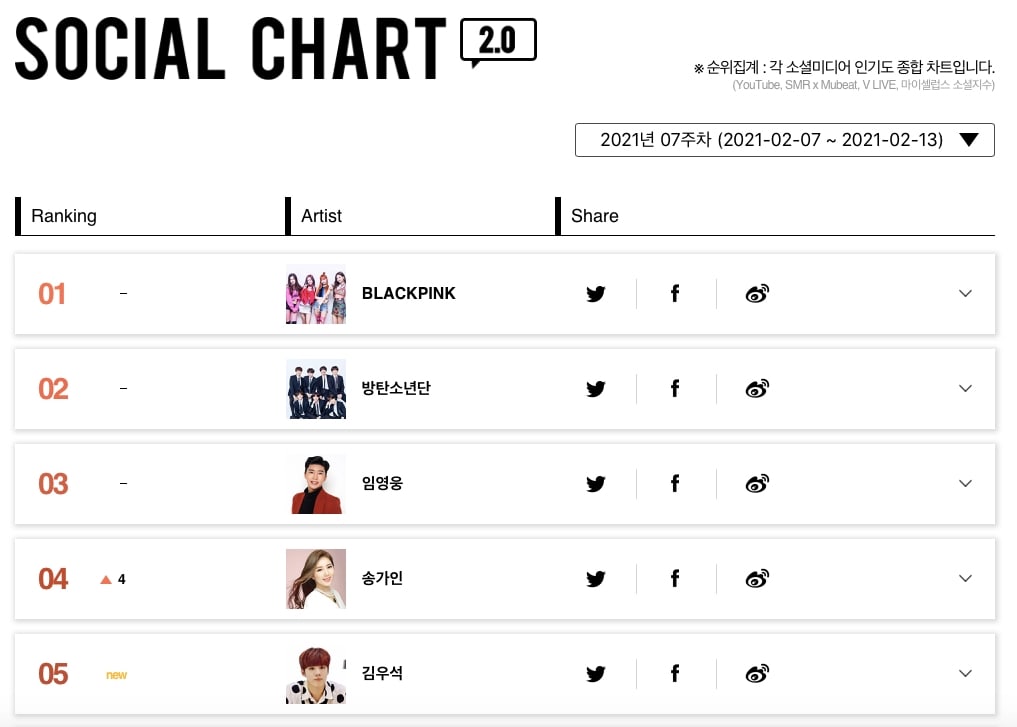 Watch IU in her drama “Hotel Del Luna” with subtitles below: