VERIVERY has landed their second No. 1 on Billboard’s World Digital Song Sales chart!

With this new achievement, VERIVERY has become only the fourth K-pop boy group in history to top Billboard’s World Digital Song Sales chart with more than one song, following in the footsteps of BIGBANG, EXO, and BTS.

VERIVERY first topped the chart with their previous title track “G.B.T.B.,” which became their first song ever to enter a Billboard chart last year.

Congratulations to VERIVERY on their impressive achievement! 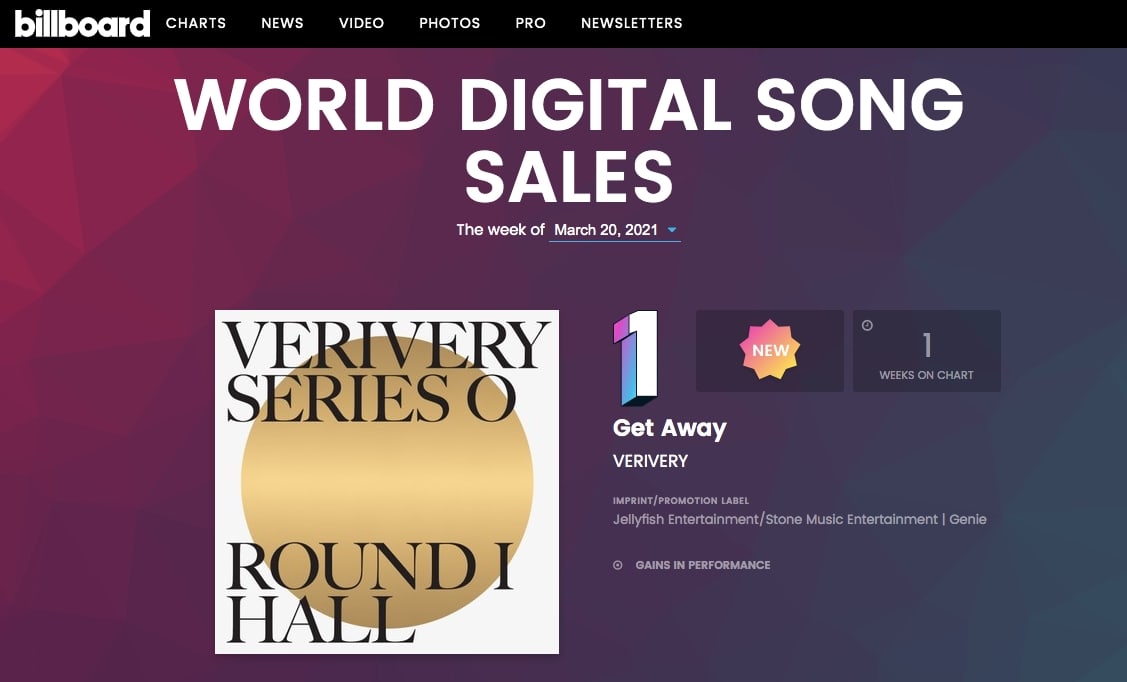 Check out VERIVERY’s cinematic music video for “Get Away” here!