Gong Yoo is on the cover of Esquire Korea’s latest issue!

The interviewer mentioned how long it has been since fans have been able to see him, so Gong Yoo broke down all of his projects coming in the next few months. He shared, “We completely flew past the time that the film ‘Seobok’ was supposed to premiere. I can’t blame it on anyone and since it’s a situation that everyone is dealing with, not just me, it’s upsetting but the reality is that we have to accept it.” Seobok is newly scheduled to premiere on April 15.

Gong Yoo continued, “The project I’m working on now is wrapping up soon and I already filmed my special appearance for ‘Wonderland.’ The projects I’ve completed will now slowly be released. I’m not confident but I’ll soon be able to greet you through good projects.” 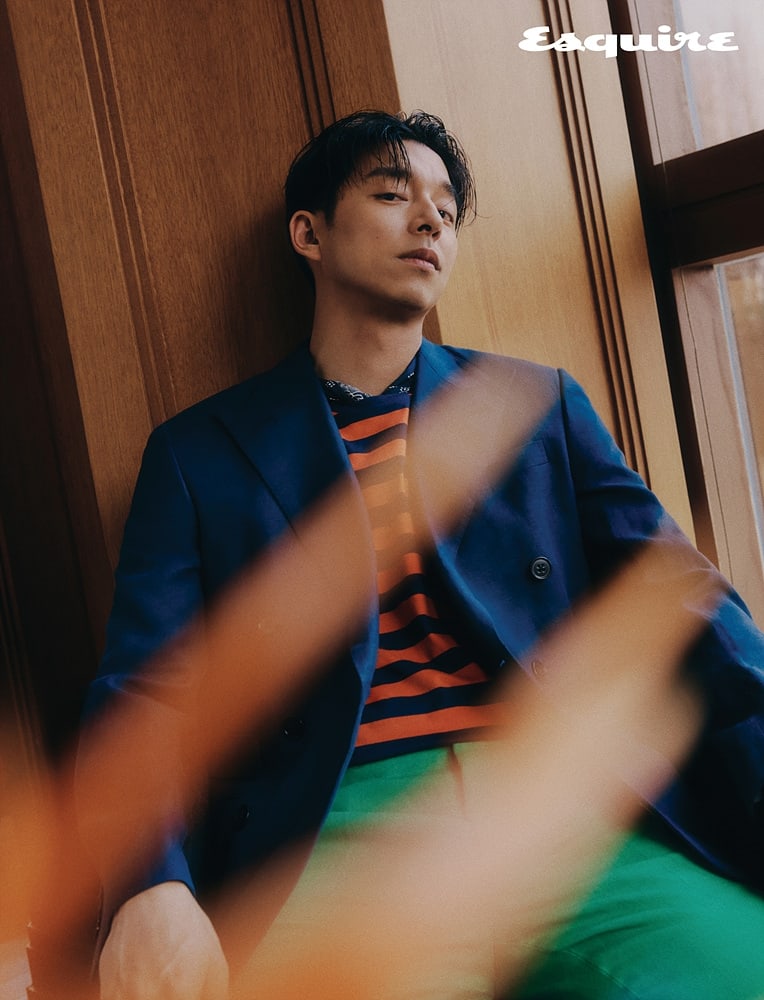 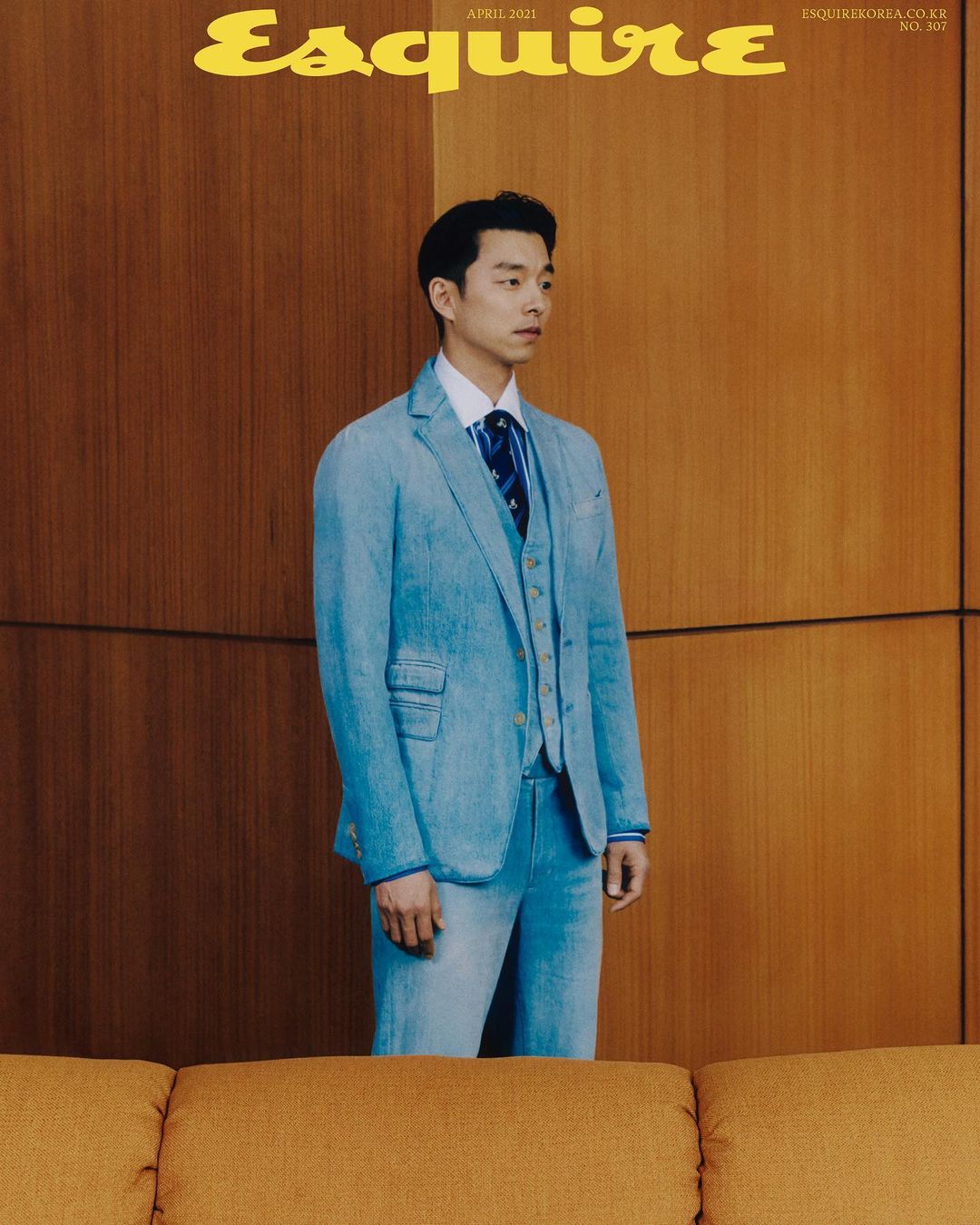 Although “Seobok” has yet to premiere, the interviewer brought up a past interview that goes in-depth about the film. Gong Yoo explained, “That’s the one official interview. Park Bo Gum [who stars as Seobok] had to enlist. We had to complete filming and interviews while he was still here so we scheduled ahead of time. The interview is from July, which is way before the original December premiere date.”

In that interview, they described the film as “a project that discusses the life and death of humans.” Gong Yoo elaborated, “The wording is like that to put it simply and so it’s easier to think about, but I do believe it’s exactly like that. A human’s life is finite. Since it’s finite, I believe that you have desires and develop fears. Being unable to avoid that finite life is a human’s fate, but trying to escape that is also what humans do. It seems very grand but putting this into simpler words became that wording.”

When asked about working with Park Bo Gum, Gong Yoo responded, “Since we have a bit of an age gap, I always end up thinking about myself at his age when I look at him.” He continued, “Although it’s our first time meeting and collaborating, I think about that age range that I’ve experienced and think, ‘What kind of thoughts does Bo Gum have now and what kind of mindset does he have as an actor?’ which creates a special kind of bond.”

Gong Yoo added, “On the outside, he is extremely responsible, bright, and always smiling, but I believe there are certain worries he has on the inside. However, I also think that he’s unable to show that to others and is just blowing off steam by himself.” 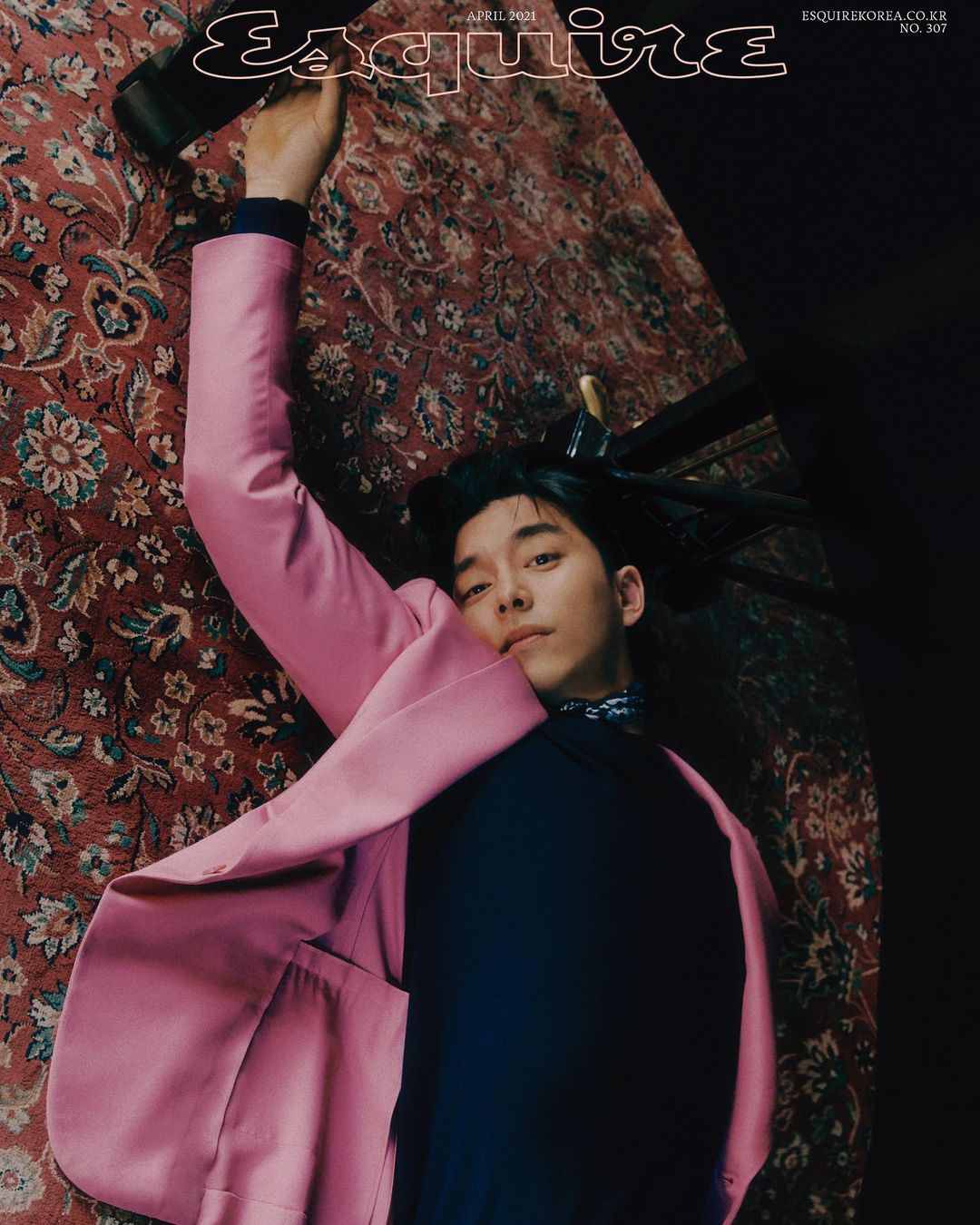 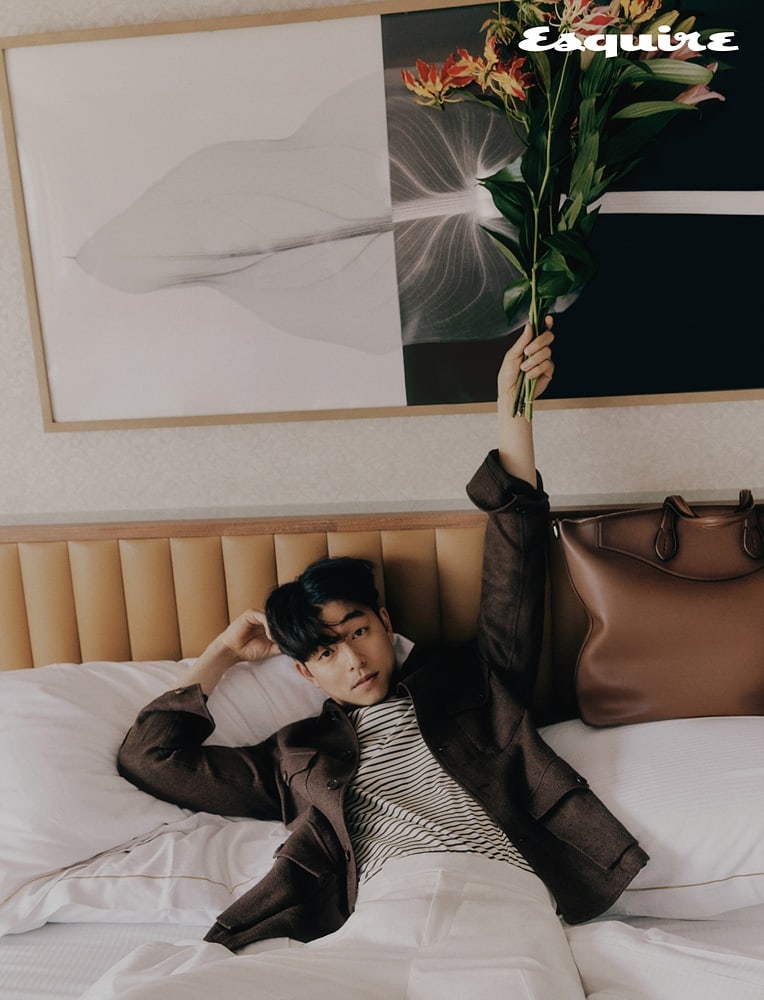 Aside from acting, Gong Yoo shared with a laugh that he enjoys fishing. He also shared, “If I were to add another one, the one thing I can’t let go of, even while simultaneously thinking ‘How long do I have to do this for?’, is exercise. It’s because of how refreshed and addicted I feel when I sweat.”

In line with his love for fishing, the interviewer wittily asked, “In the ocean of life, what’s the one fish that Gong Yoo has been unable to catch?” Gong Yoo responded, “You used fishing as a metaphor but in terms of actual fishing, I want to catch a fish that I haven’t caught before. A big one.”

The interviewer emphasized that it was just a metaphor, adding that they thought he would say something like “a win for the Lotte Giants.” Gong Yoo responded while laughing, “Oh, something like that? I hadn’t thought about that. It just has to be a big deal to me, not something I need? Then my options become much more vast. I want a boat.”

When asked if he couldn’t just get one now, Gong Yoo replied, “I don’t think it’s a money problem. I’m a bit different. This may just be a trait of mine, but I need a mental process. If I get a boat, what would it be like? Then I’ll have to drive the boat? Then I’ll have to get my boating license? However, while the ocean is very beautiful, it’s also quite dangerous. I have to go through all these complex thoughts to reach the conclusion that I will buy a boat.”

Later, Gong Yoo added, “When you think about how the metaphor was about fish, I don’t think a boat was an appropriate answer. I’ll think about it some more. Maybe… all the limited sneakers in the world?”

By the end of the interview, Gong Yoo confidently announced, “Oh! I’ve thought of it. How about if I say, ‘Watching an NBA game with Michael Jordan?'”

Check out Gong Yoo’s full interview in the April issue of Esquire Korea and watch the trailer for his upcoming film “Seobok” here!

Esquire
Gong Yoo
How does this article make you feel?