“You Quiz on the Block” and SHINee’s Key top the weekly lists of the most buzzworthy non-drama television programs and appearances!

Good Data Corporation has shared its rankings of non-drama shows and appearances that generated the most buzz from March 15 to 21. The list was compiled from analyzing news articles, blog posts, online communities, videos, and social media posts about 166 non-drama shows that are currently on air or set to air soon.

tvN’s “You Quiz on the Block” reaches No. 1 on the list for non-drama programs for the first time since it premiered. The show has been a much-talked-about topic due to the episode starring Brave Girls last week as well as a teaser for BTS’s special episode this week. Brave Girls is also No. 3 on the ranking for buzzworthy TV appearances.

JTBC’s “Ask Us Anything” rises two spots among shows to take No. 2 following the March 20 episode with guests BLACKPINK’s Rosé and Girl’s Day’s Hyeri. Rosé is No. 2 on the TV appearances chart with Hyeri in the No. 4 spot. TV Chosun’s “Love Call Center” is No. 3 on the list for non-dramas.

Meanwhile, Key tops the chart for buzzworthy non-drama TV appearances after he showed his new home on MBC’s “Home Alone” (“I Live Alone”) last week. His guest Girls’ Generation’s Taeyeon is No. 8, while Son Dam Bi, who also appeared in the episode, is No. 9. “Home Alone” is No. 4 on the ranking for non-drama shows.

The top 10 non-drama programs that generated the most buzz during the third week of March are as follows: 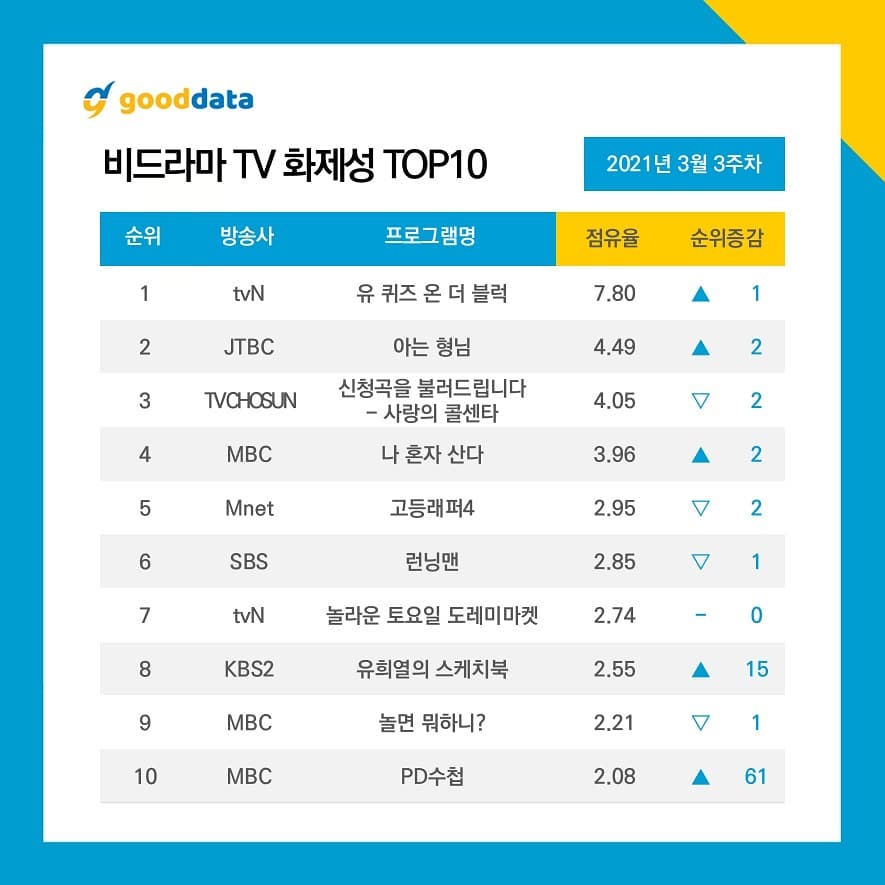 The top 10 most buzzworthy non-drama appearances for the week are as follows: 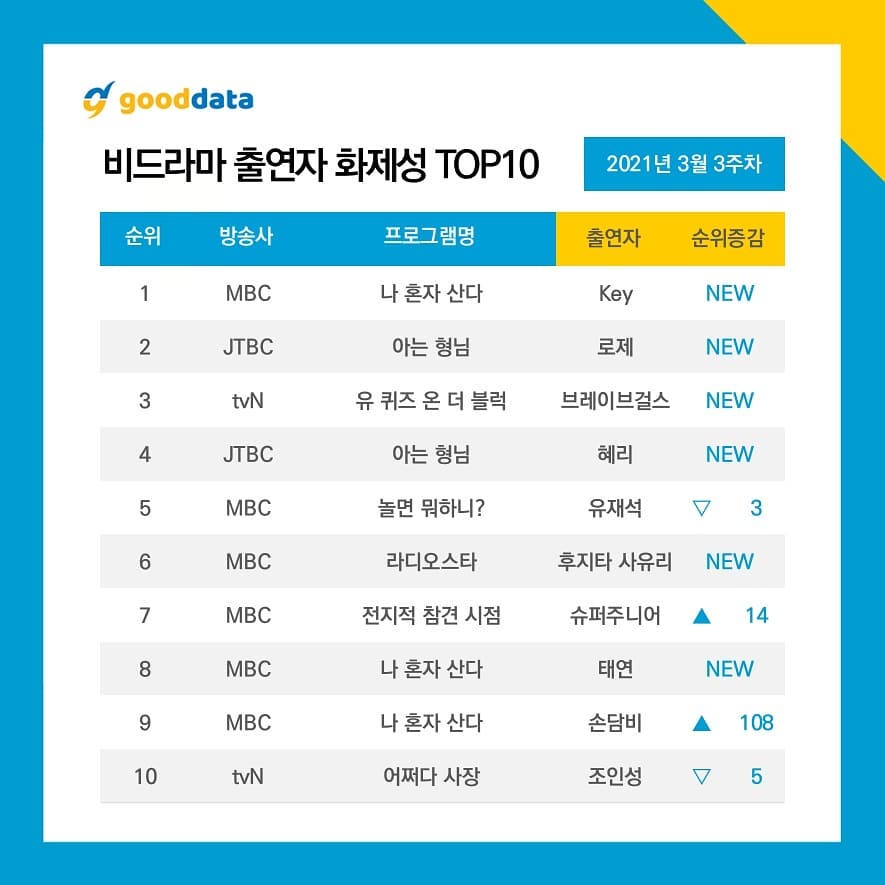