Gaon Chart has revealed its chart rankings for the week of March 14 to March 20!

Super Junior topped this week’s physical album chart with their new studio album “The Renaissance,” which debuted at No. 1.

BLACKPINK’s Rosé’s first solo single album “R” entered the chart at No. 2, followed by PENTAGON’s “LOVE or TAKE” at No. 3 and WOODZ (Cho Seung Youn)’s “SET” at No. 4. Finally, WayV’s “Kick Back” rounded out the top five for the week. 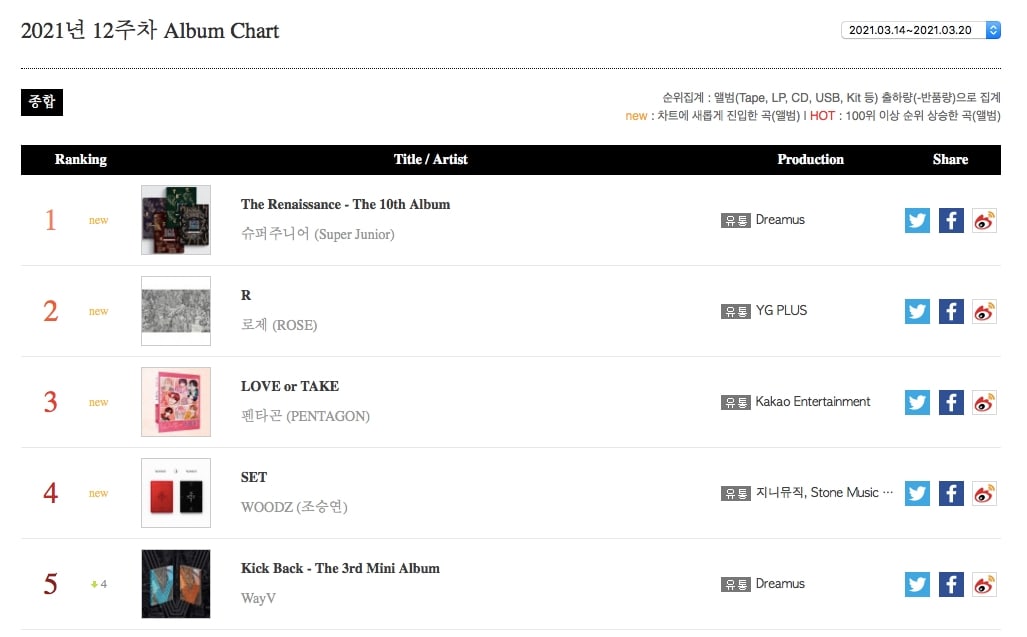 Four years after its release in 2017, Brave Girls’ breakout hit “Rollin’” achieved a double crown after topping both the overall digital chart and the streaming chart this week.

Im Young Woong’s “My Starry Love” came in at No. 2 on this week’s overall digital chart, while IU’s hit pre-release track “Celebrity” held onto its spot at No. 3. 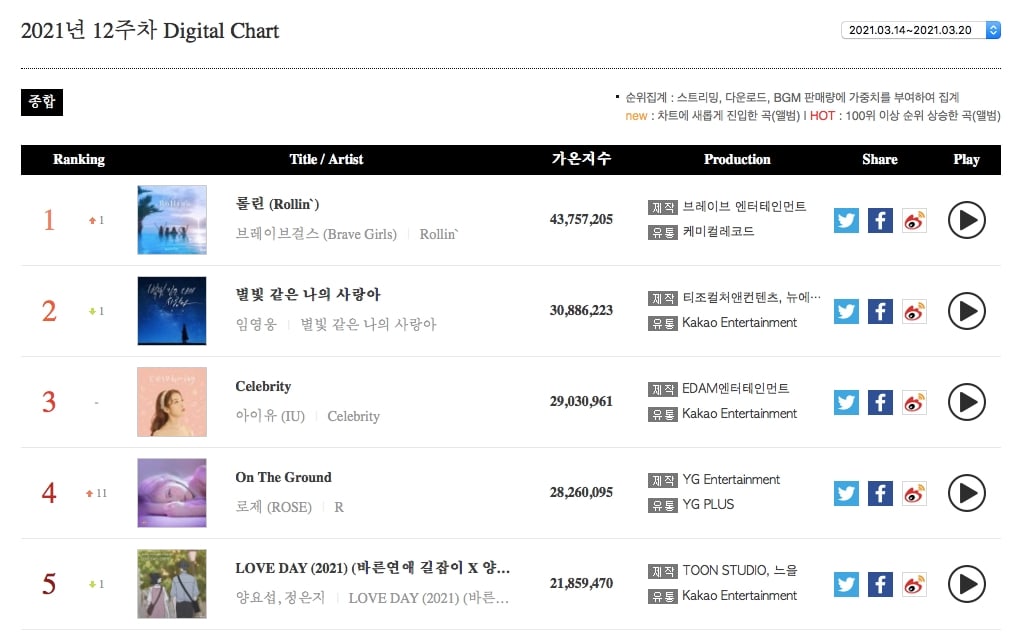 Brave Girls’ “Rollin'” topped the streaming chart for the second consecutive week, and IU’s “Celebrity” similarly maintained its position at No. 2. 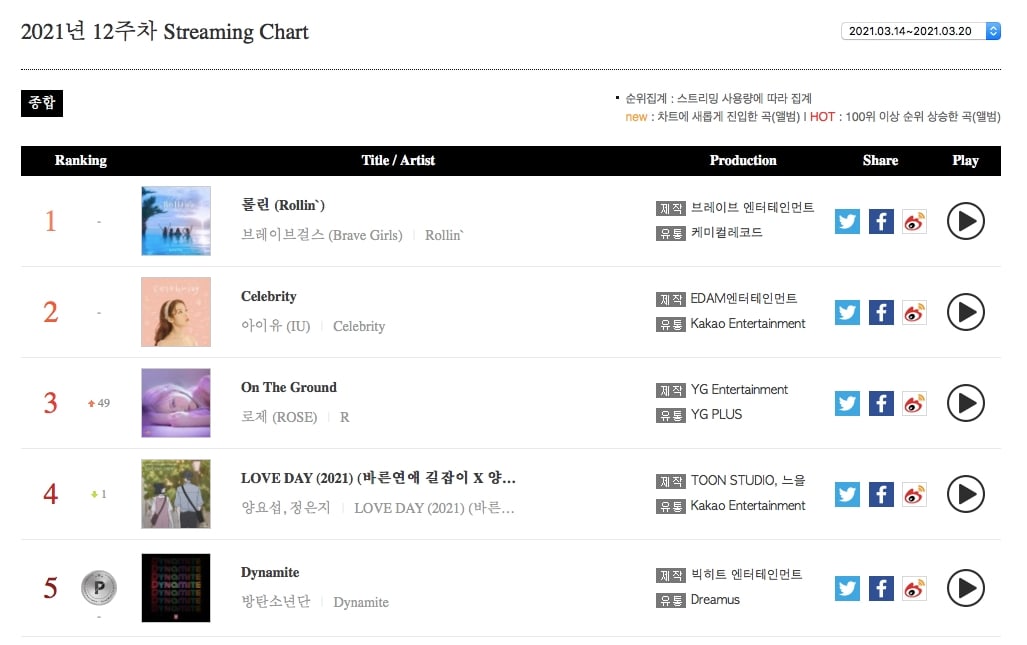 Im Young Woong’s “My Starry Love” remained No. 1 on this week’s digital download chart, while WOODZ’s new title track “FEEL LIKE” debuted at No. 2. 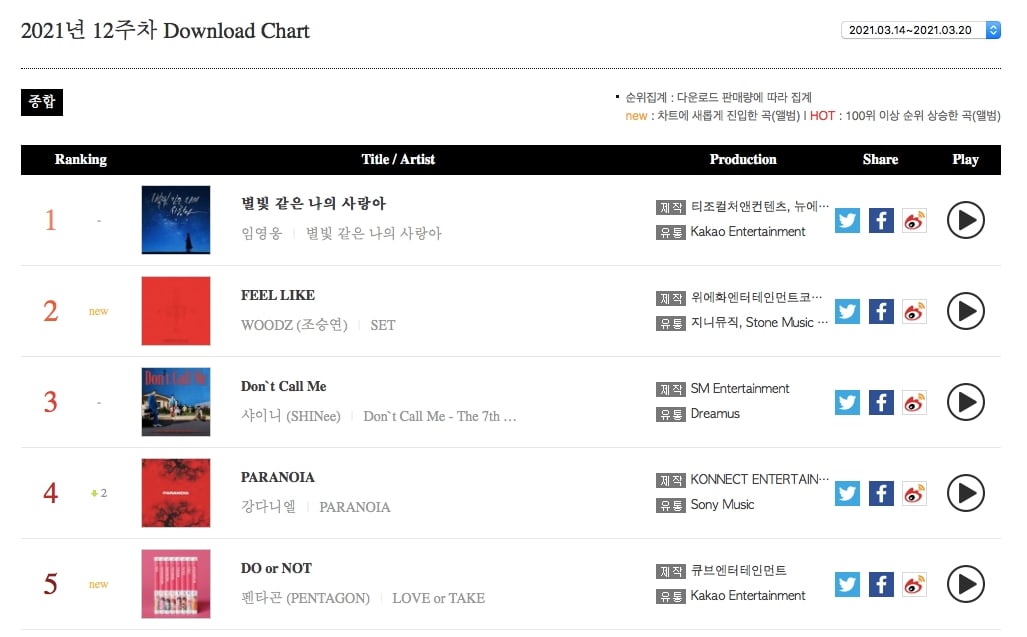 Notably, in addition to BLACKPINK charting at No. 2, Rosé also entered the chart separately at No. 5. 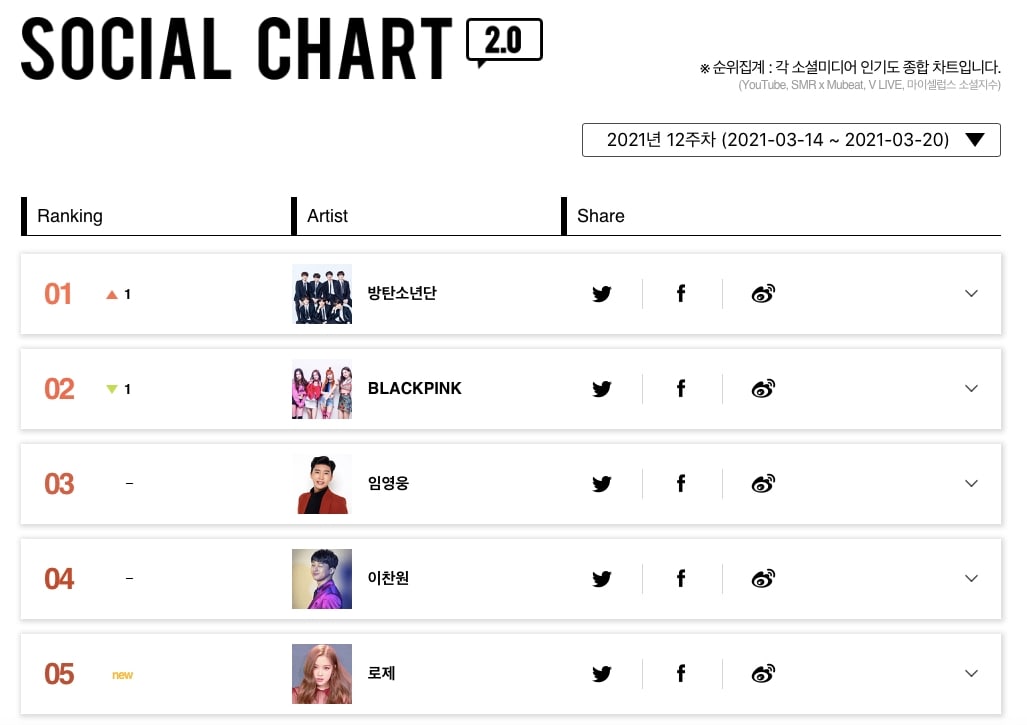