The Wooga Squad got together for a special event!

On July 5, actor Choi Woo Shik held a live online fan meeting “A Midsummer Night’s Dream” through KakaoTV. During the fan meeting, he was visited by the members of the Wooga Squad, the group of close friends consisting of himself, Park Seo Joon, BTS’s V, Park Hyung Sik, and Peakboy.

Choi Woo Shik thanked his friends for coming despite their busy schedules and asked them to share what they’ve been up to. Park Seo Joon said, “I’m currently filming the movie ‘Concrete Utopia.'” V said, “I’m preparing for our comeback with a new album in July.” Park Hyung Sik said, “I’m filming the drama ‘Happiness.'” Choi Woo Shik added, “Hyung Sik actually came right after his drama filming. He has to go again right after this, so I’m grateful.” 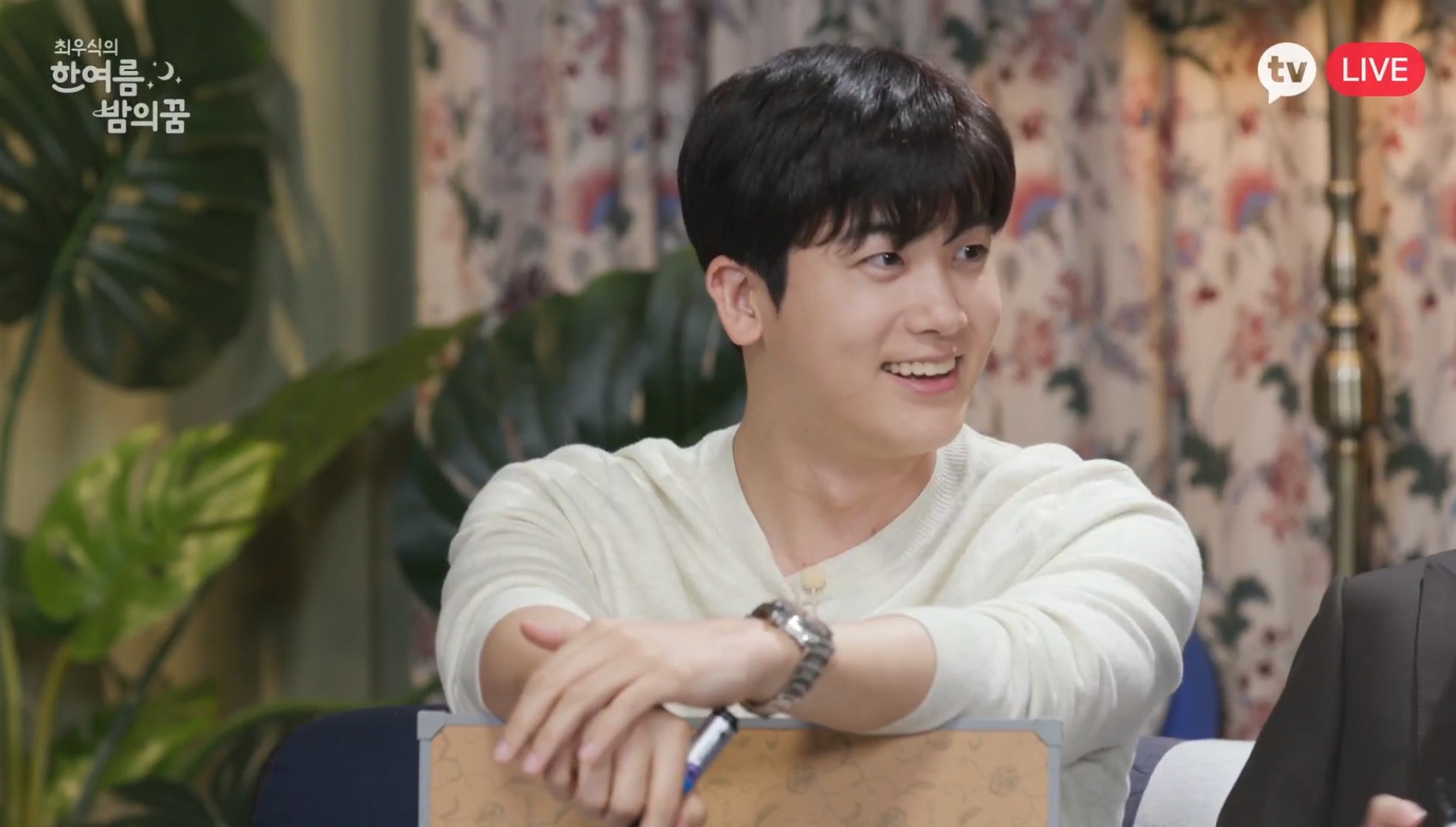 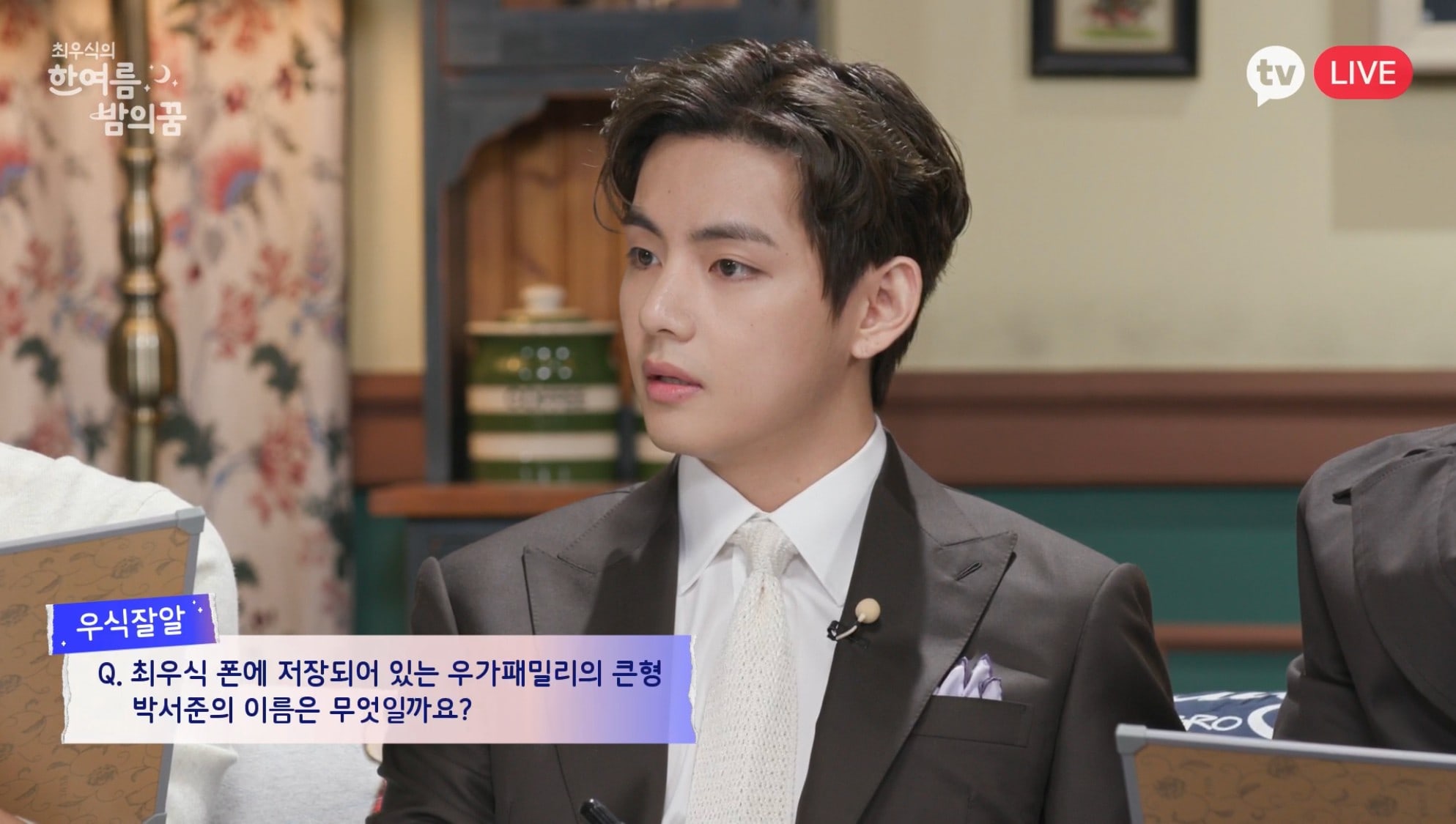 As the sole host of his fan meeting, Choi Woo Shik showed signs of nerves, and his friends laughed and teased him, asking, “Are you that nervous?” Choi Woo Shik replied, “I haven’t done that many live broadcasts.”

The Wooga Squad participated in a quiz competition where they had to test their knowledge about Choi Woo Shik. One of the questions was the name that Choi Woo Shik had saved Park Seo Joon as on his phone. Choi Woo Shik revealed it was “Driver Park Young Gyu” and explaiend, “Back when I didn’t drive, I would call him and get him to drive me around. Since then, I’ve had him saved as ‘driver.’ It’s been like eight years but I have no plans to change it.” (Park Seo Joon’s birth name is Park Yong Gyu.) 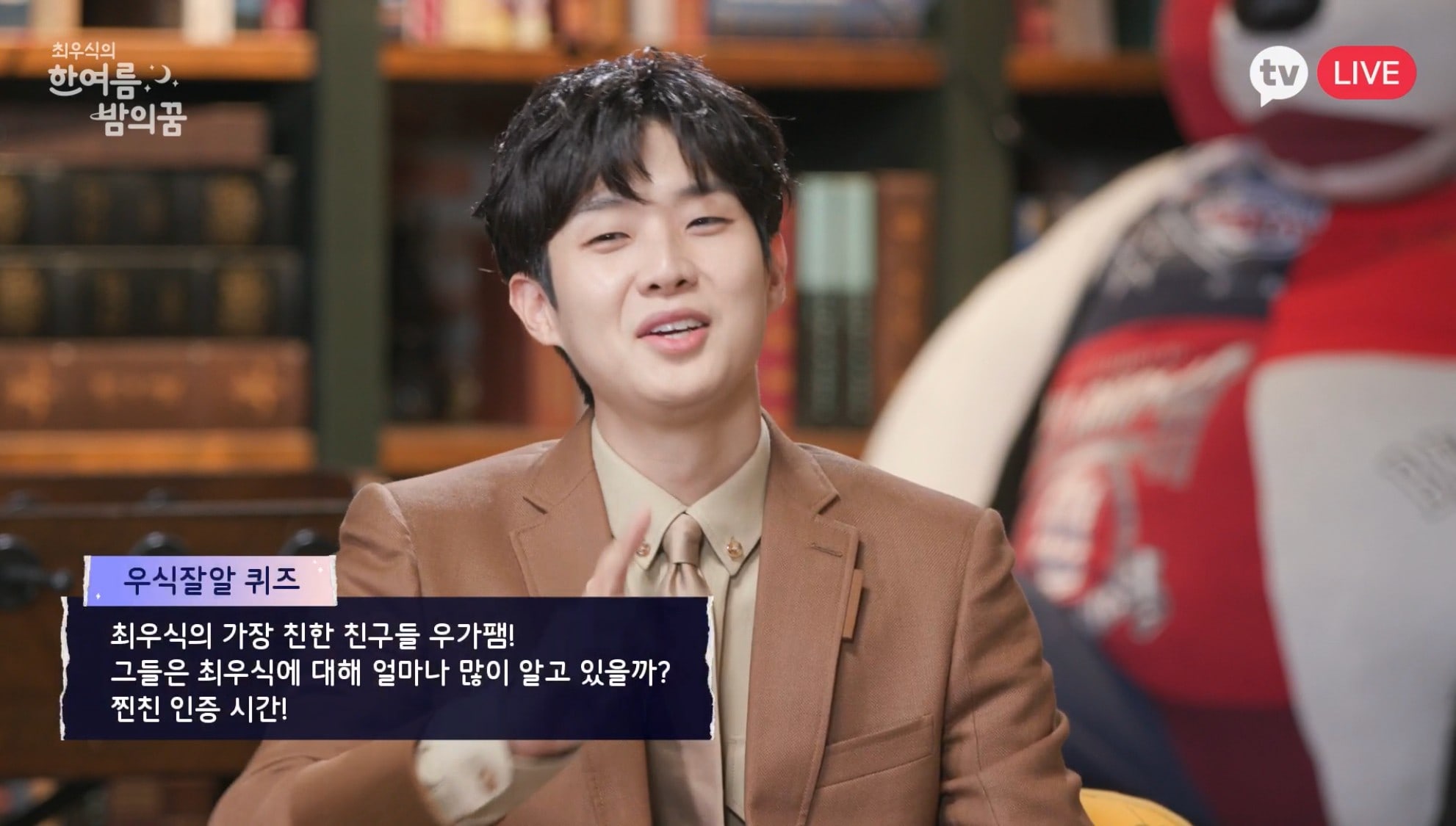 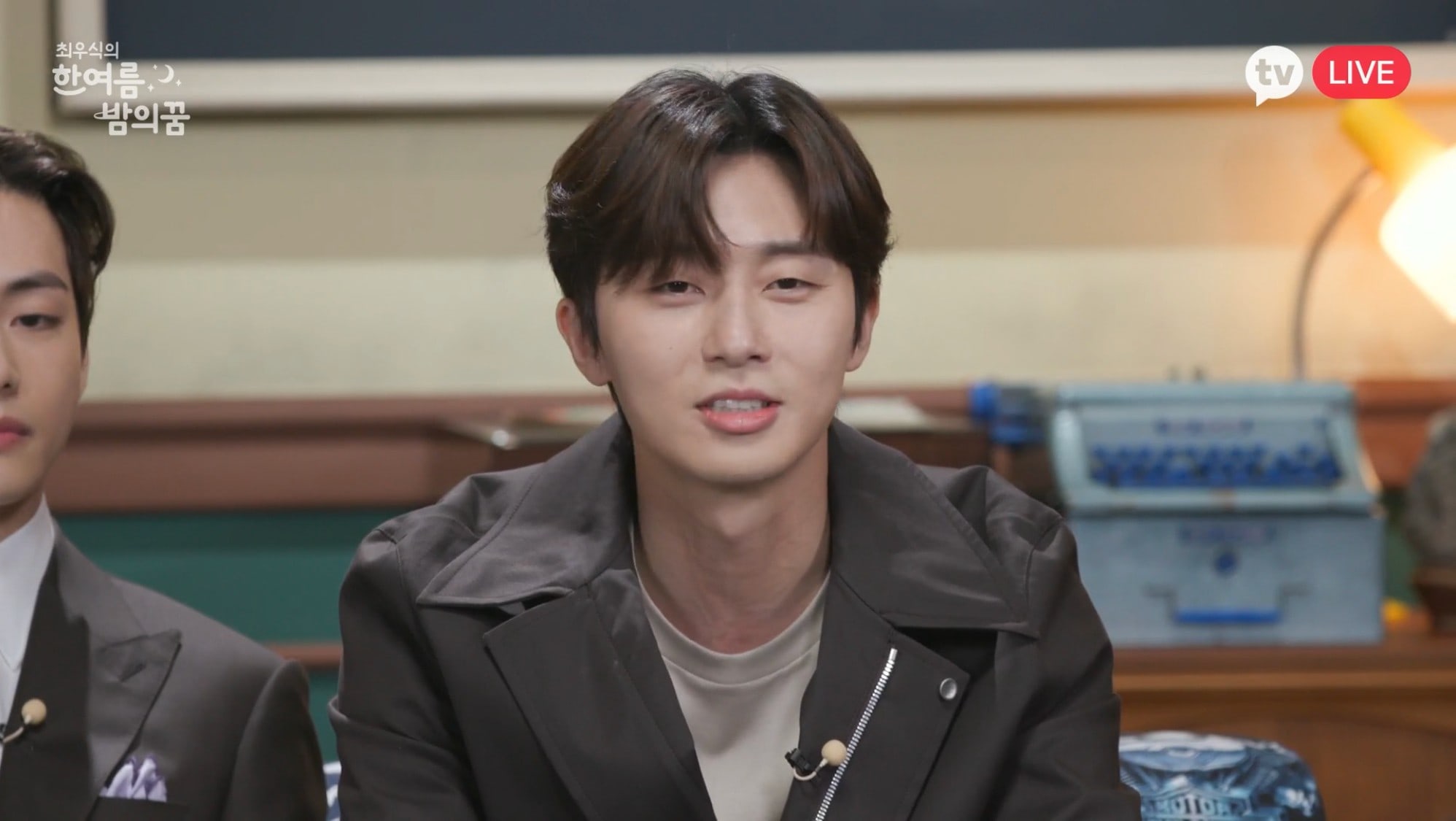 None of the friends guessed the answer to the question about what Choi Woo Shik had picked as his most attractive physical features in a past interview. The answer was “having a face that doesn’t stick out, fingers, and body,” and Park Seo Joon teased, “Your body? What kind of confidence is this?” V added, “What body?” Even Choi Woo Shik was taken aback and said, “Body? When did I say that?” Recalling the details, he said, “I think that I said something like having a fragile body was good for acting.”

Check out Choi Woo Shik in the movie “Rosebud” below!