On September 25, Netflix held their global fan event TUDUM, where the streaming platform shared their release plans for their upcoming Korean originals. See below for information on Netflix’s upcoming Korean dramas and films! 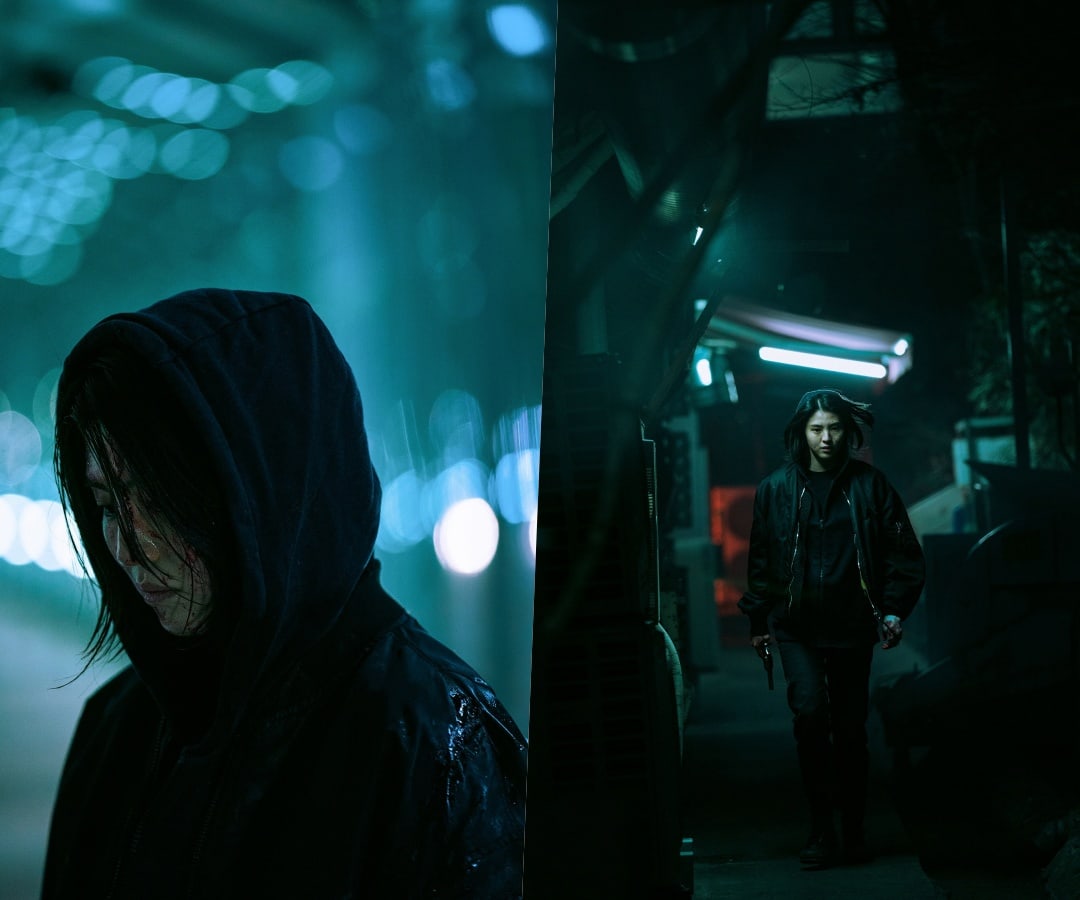 “My Name” is a noir drama that tells the story of Yoon Ji Woo (played by Han So Hee), a woman who joins an organized crime ring and, under their direction, infiltrates the police as an undercover agent in order to uncover the truth behind her father’s death. It is the newest production by director Kim Jin Min of “Extracurricular,” a Netflix series known for its shocking subject matter and top tier production. “My Name” will showcase its plot in a realistic and raw manner, fully portraying the characters’ emotions and action sequences exactly as is. In addition to rising star Han So Hee, the drama will star talented actors Park Hee Soon, Ahn Bo Hyun, Kim Sang Ho, Lee Hak Joo, and Jang Ryul.

Check out the latest teaser for “My Name” here. 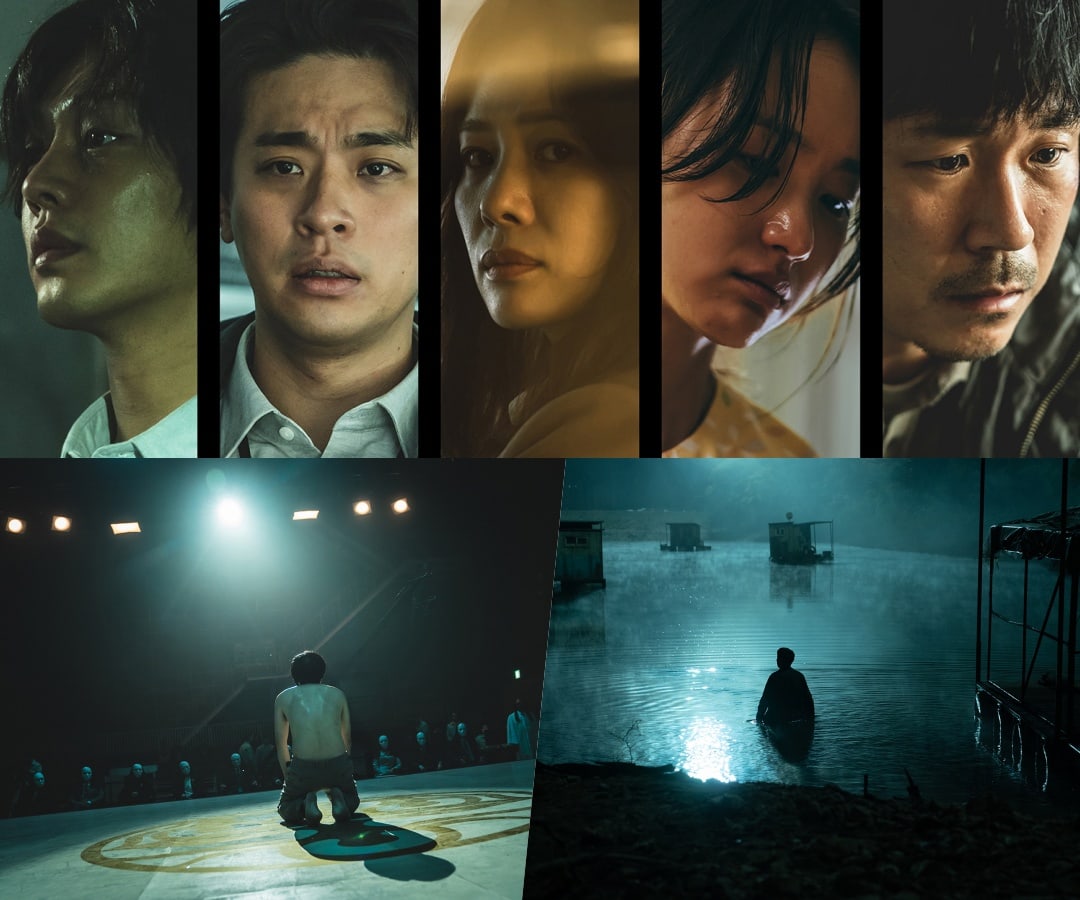 Helmed by “Train to Busan” director Yeon Sang Ho, “Hellbound” is set in a world where humans face a frightening supernatural phenomenon: emissaries from hell who appear on Earth without warning and condemn people to hell. Amidst the chaos caused by this terrifying new reality, an emerging religion led by Jung Jin Soo (played by Yoo Ah In) begins to gain popularity, while others desperately search for the truth behind this strange phenomenon.

Watch the latest “Hellbound” teaser with English subtitles below: 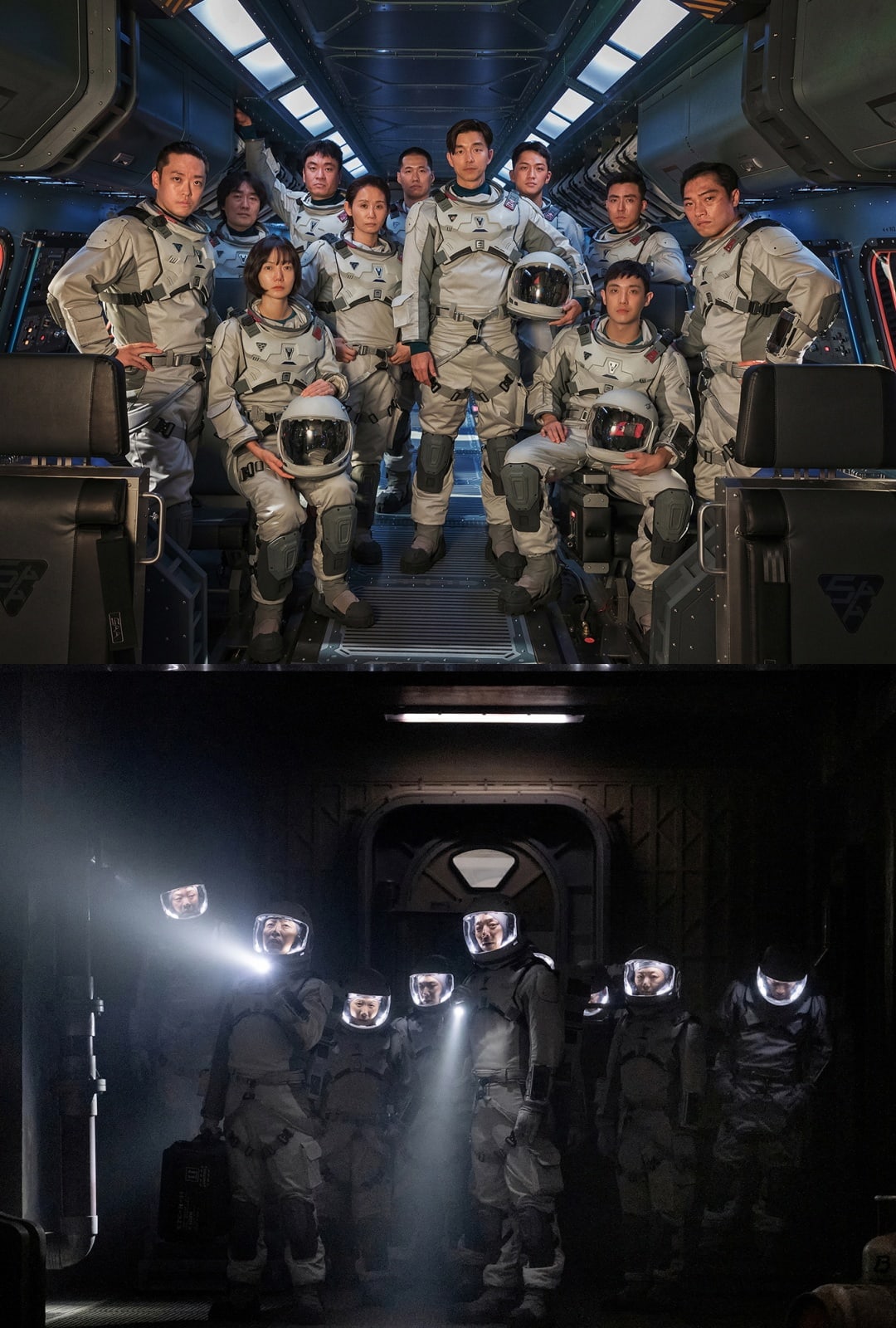 “The Silent Sea” is a sci-fi horror thriller that is set in the 2075, where desertification has left the earth with food and water shortages. A special team is tasked with retrieving mysterious samples from an abandoned research station on the moon, which is referred to as the silent sea. The story is an expansion on the short film of the same name by director Choi Hang Yong, who helms the Netflix series, and the series is penned by Park Eun Gyo, who wrote the film “Mother.” Actor Jung Woo Sung is producing the series. 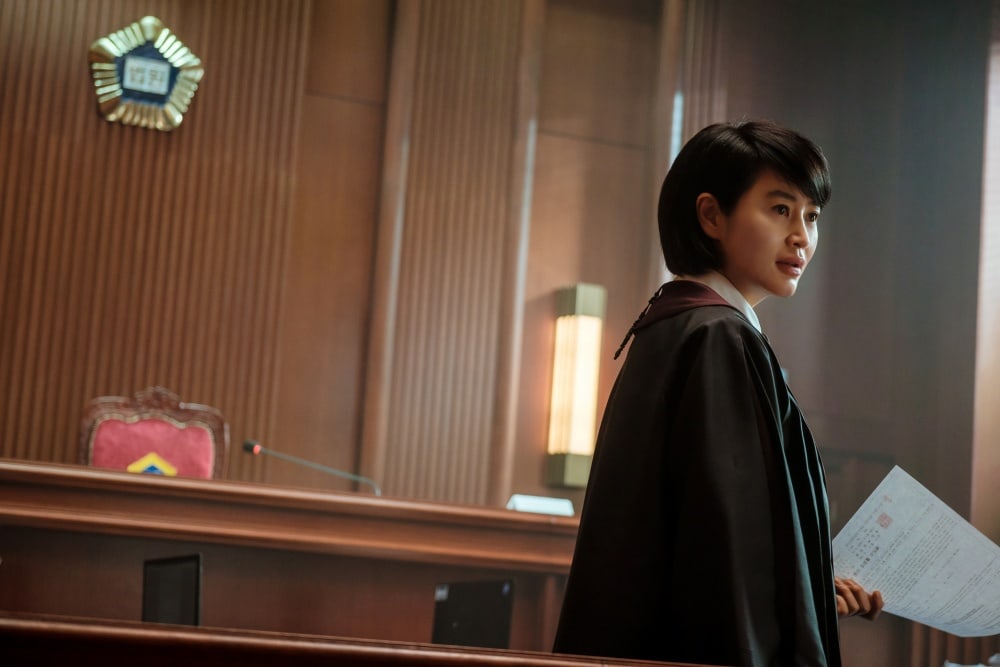 “Juvenile Justice” is a legal drama that takes place when a prickly judge who hates juvenile offenders is newly appointed to a local juvenile court. The judge, who was a victim of a juvenile crime before, will face various cases involving youth and discover what it truly means to be an adult. Director Hong Jong Chan of “Live Up to Your Name,” “Dear My Friends,” and “Life” will helm the drama and convey a message about society’s negligence to the growing severity of juvenile delinquency.

Kim Hye Soo will play Shim Eun Seok, a sharp and level-headed elite judge, while Kim Moo Yeol will be judge Cha Tae Joo, who warmly embraces the juvenile delinquents. Head Judge Kang Won Joong, who has an ambitious inner conflict between the real and the ideal, is played by Lee Sung Min. Another head judge named Na Geun Hee wil be portrayed by Lee Jung Eun. Viewers can look forward to seeing the stories of the juvenile delinquents and the different decisions each judge will reach depending on their beliefs and values. The drama will be co-produced by Gil Pictures of “Stove League” and GTist of “Hotel Del Luna.”

“All of Us Are Dead” 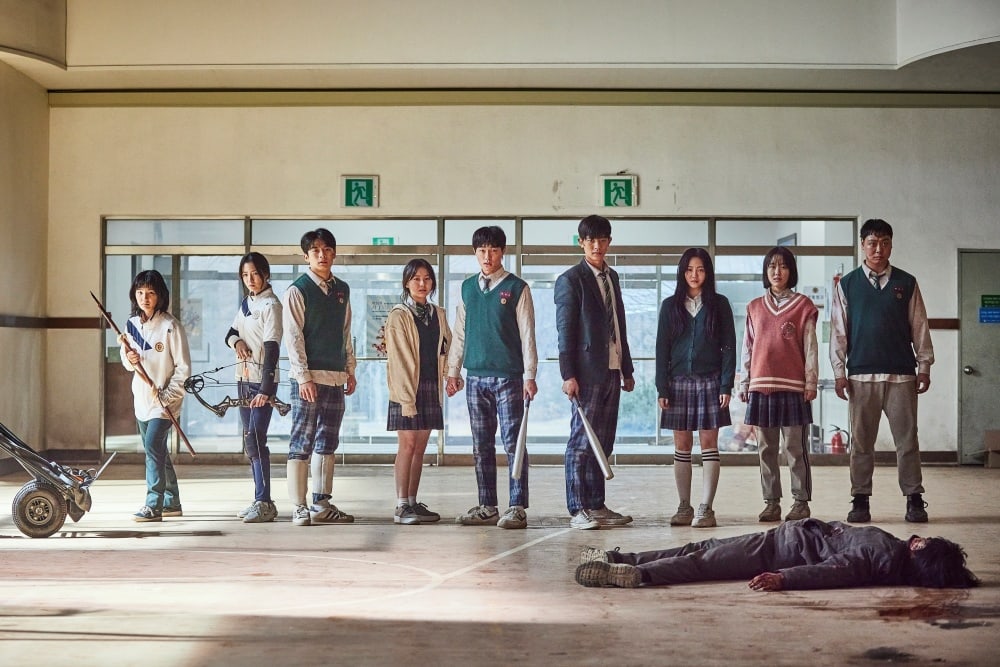 “All of Us Are Dead” paints the extreme situations that take place when a high school is infected with a zombie virus and those outside try to rescue the students who are stuck in the school. The drama will portray the psyches of the people who fight until the end in order to survive within the limited space, as well as the hidden human nature that surfaces when people are forced into horrifying situations. Based on a popular webtoon of the same name, the drama adaptation will be directed by Lee Jae Gyu of “Beethoven Virus,” “Damo,” and “Intimate Strangers” and written by Cheon Sung Il of “L.U.C.A.: The Beginning.” The cast ensemble consists of newcomers Yoon Chan Young, Park Ji Hu, Cho Yi Hyun, Lomon, and Yoo In Soo, who will bring a fresh energy to the K-drama scene. 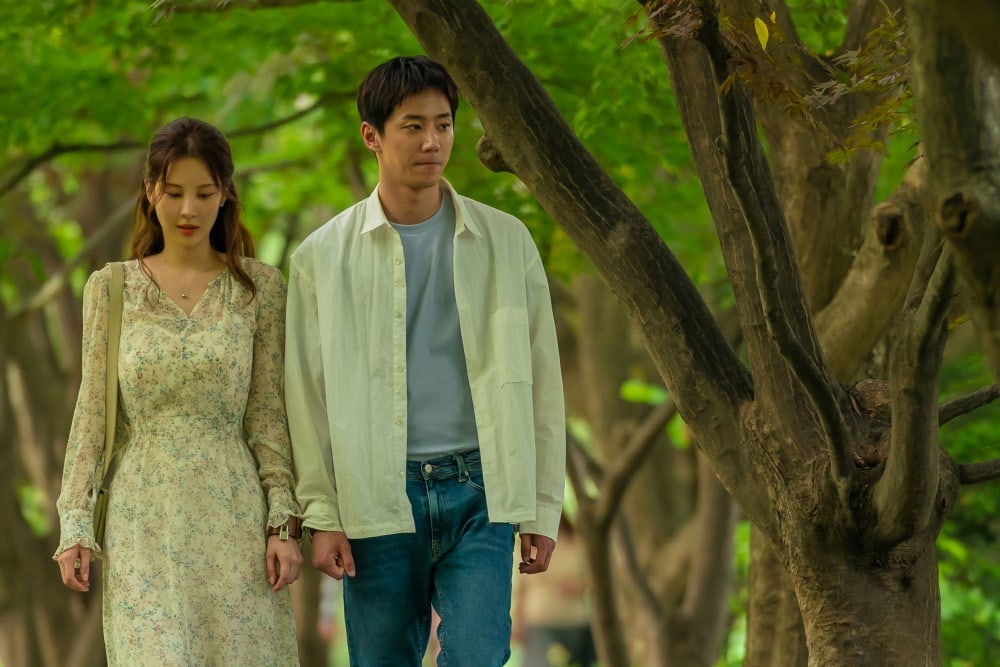 The film “Love and Leashes” tells an unconventional romance story between a man with unique tastes and a woman who unintentionally finds out about his secret. The film is helmed by Park Hyeon Jin who directed “Lovers of 6 Years” and “Like for Likes.”

Seohyun, who has been showcasing her versatile acting through various dramas including “Time,” “Hello Dracula,” and “Private Lives,” will star as the public relations employee Jung Ji Woo who excels at every task she’s given. She has an unfriendly appearance but is actually warm-hearted. In the role of Jung Ji Woo’s coworker, named Jung Ji Hoo, is Lee Jun Young. Rising actor Lee Jun Young has starred in dramas like “Good Casting” and “Please Don’t Date Him,” “Imitation,” and “D.P.” As Jung Ji Hoo, he will captivate viewers with his two sides—his perfect appearance that makes his female coworkers swoon and his hidden personal tastes behind his perfect facade. Jung Ji Woo will find out about her coworker’s secret tastes by coincidence and lead a risky romance with him.