Gaon Chart released its weekly rankings for the week of November 21 to 27. 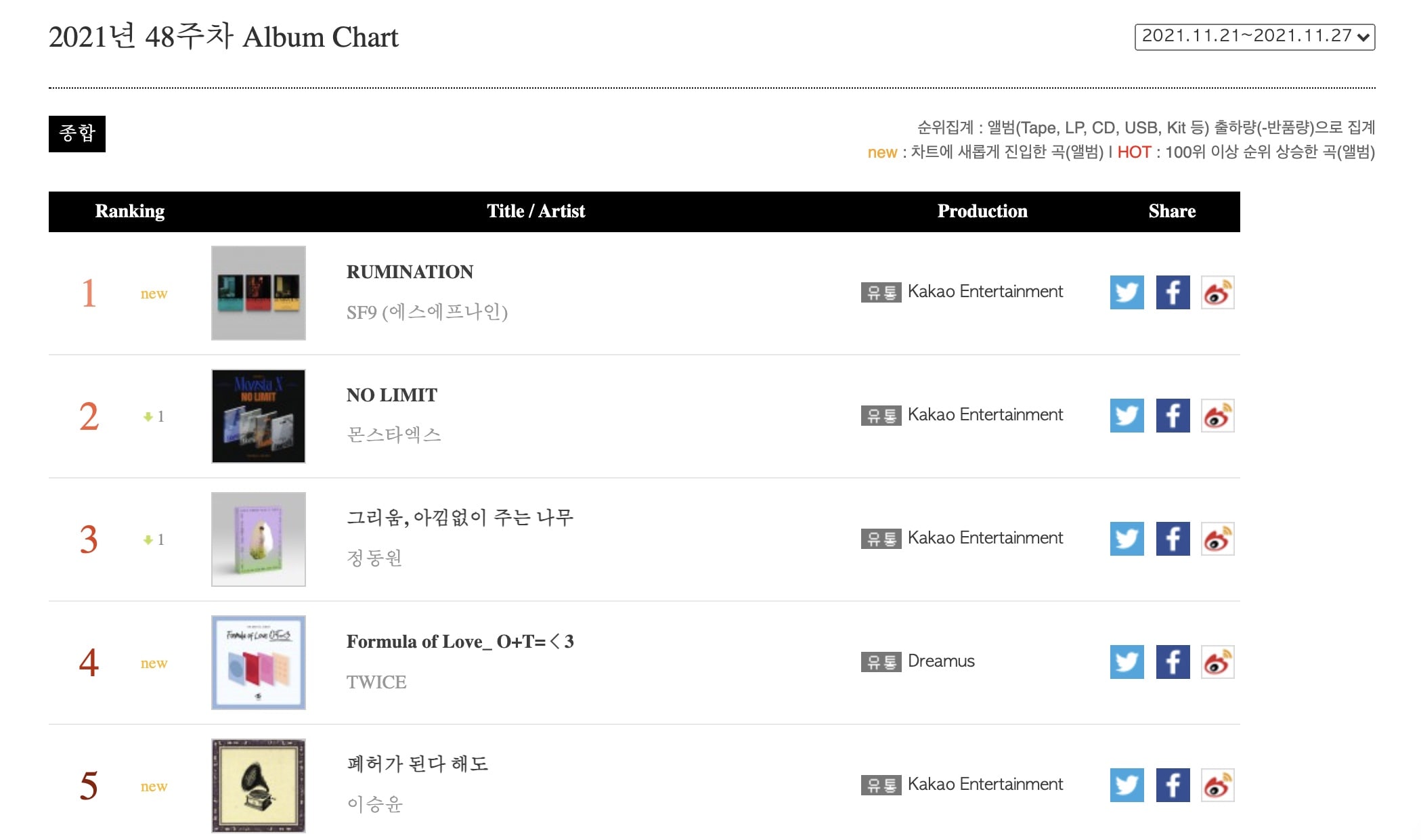 SF9’s new album “RUMINATION” topped Gaon’s album chart this week! TWICE’s “Formula of Love: O+T=<3” re-entered the top five at No. 4, while Lee Seung Yoon’s new album “Even If Things Fall Apart” entered the list for the first time at No. 5. MONSTA X’s “NO LIMIT” and trot singer Jeong Dong Won’s “The Giving Tree” stayed in the top five from last week, although both dropped one ranking to place No. 2 and No. 3 respectively. 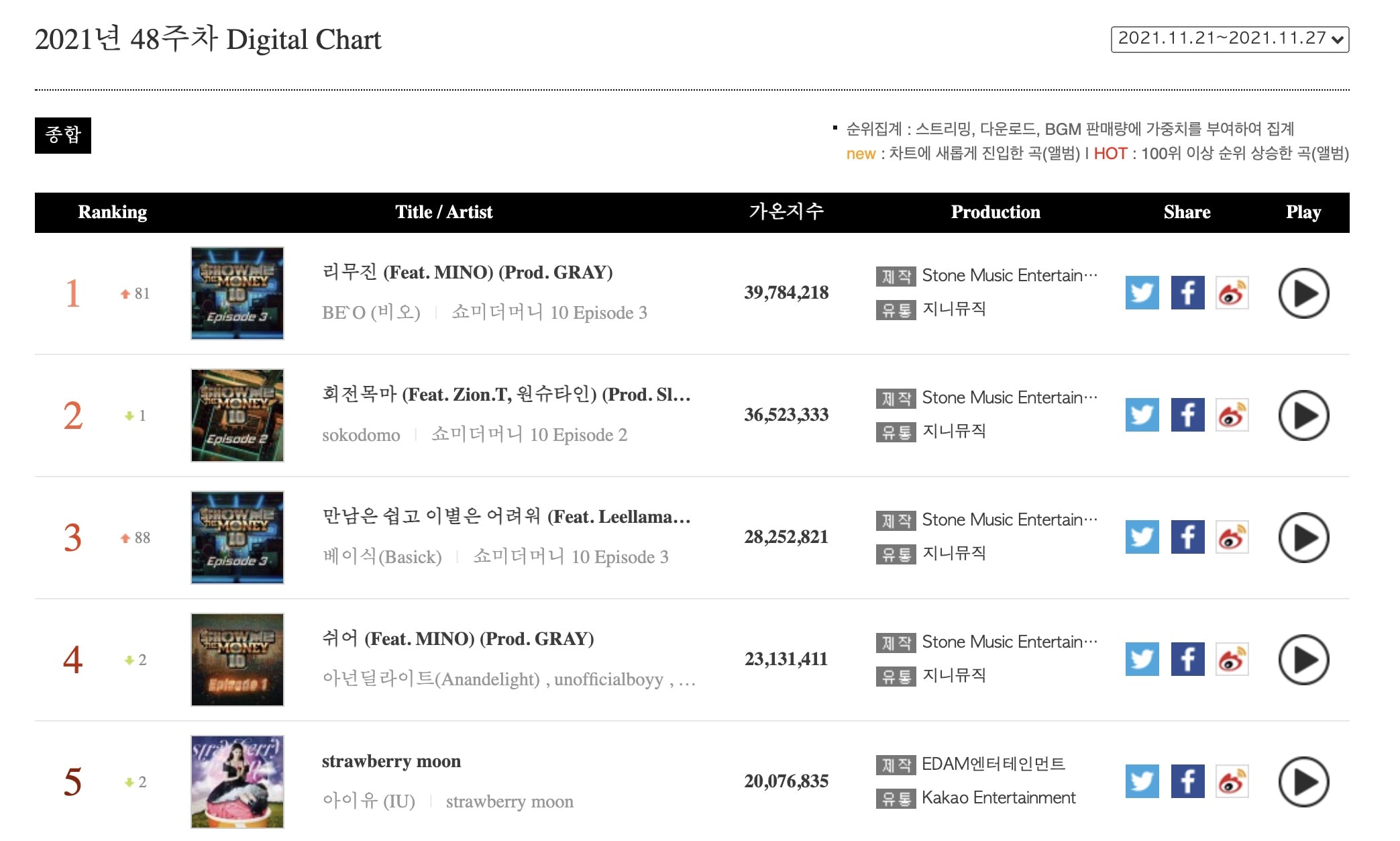 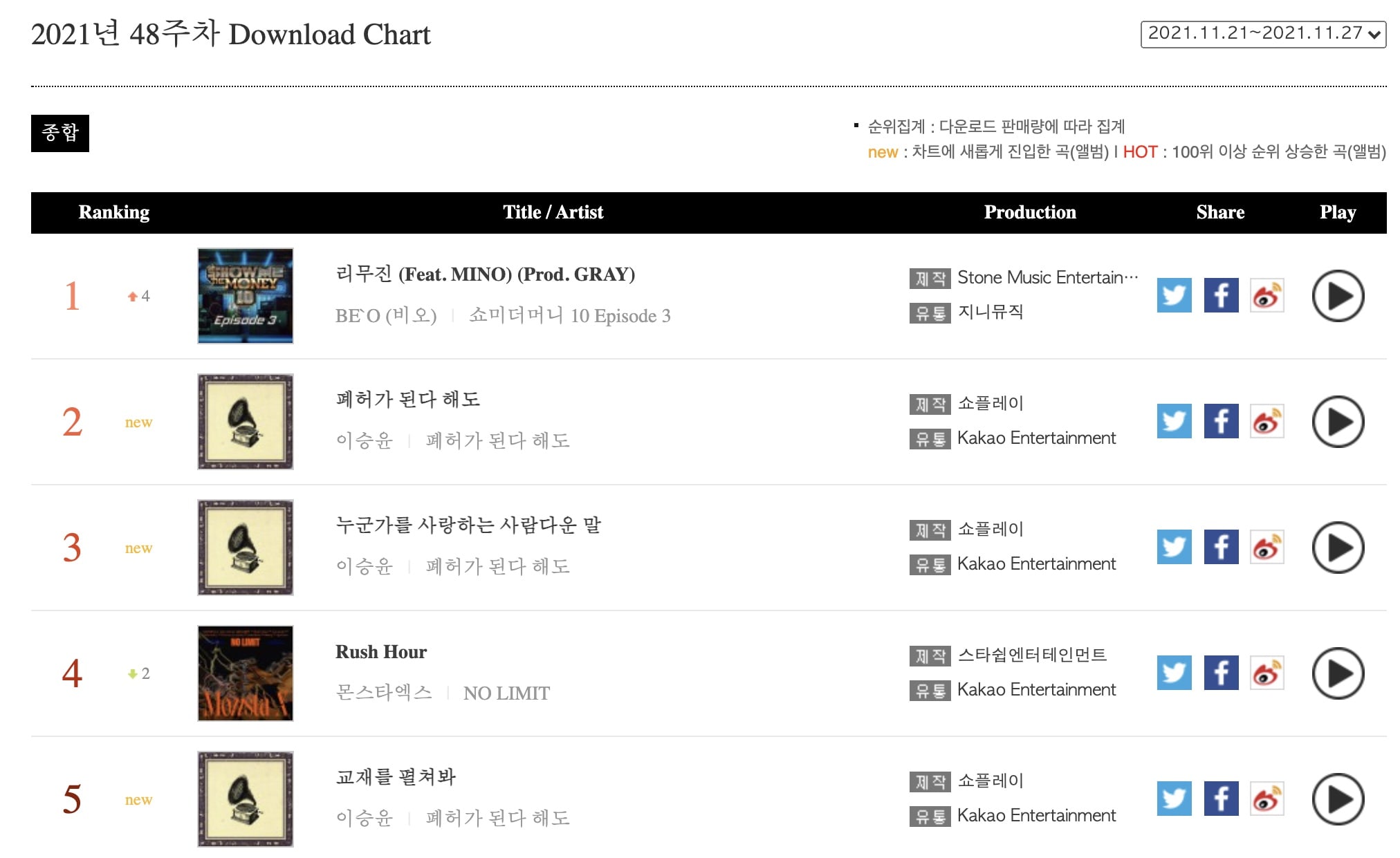 BE’O’s “Limousine” also topped the download chart this week, while MONSTA X’s “Rush Hour” held on from last week to place No. 4. The rest of the top five were songs from Lee Seung Yoon’s new album, including “Even If It Falls Apart” at No. 2, “Words Befitting One Who Loves Someone” at No. 3, and “Open Your Textbook” at No. 5. 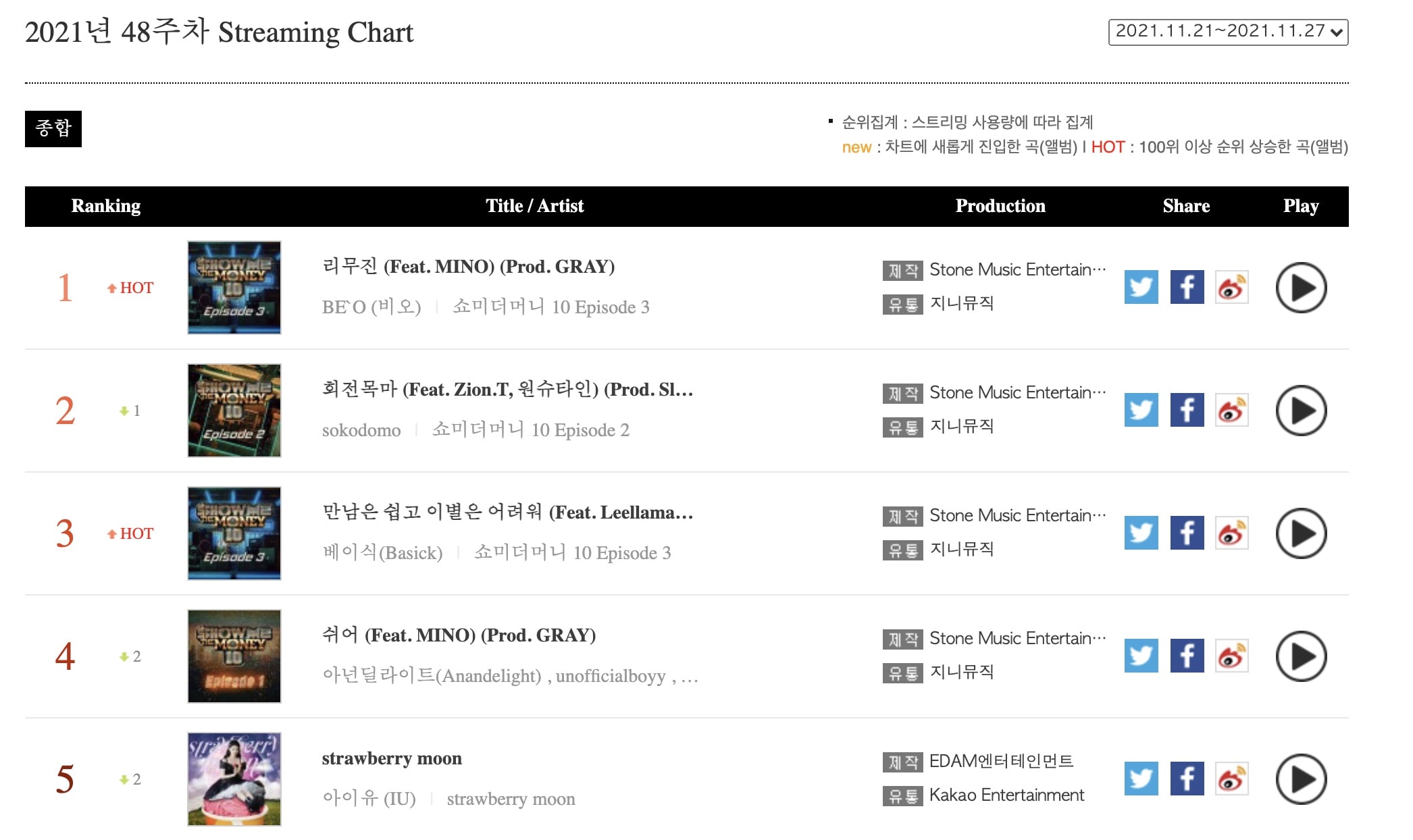 BE’O’s “Limousine” topped three charts on Gaon this week, including the streaming chart. The rest of the top five is identical to this week’s digital chart. 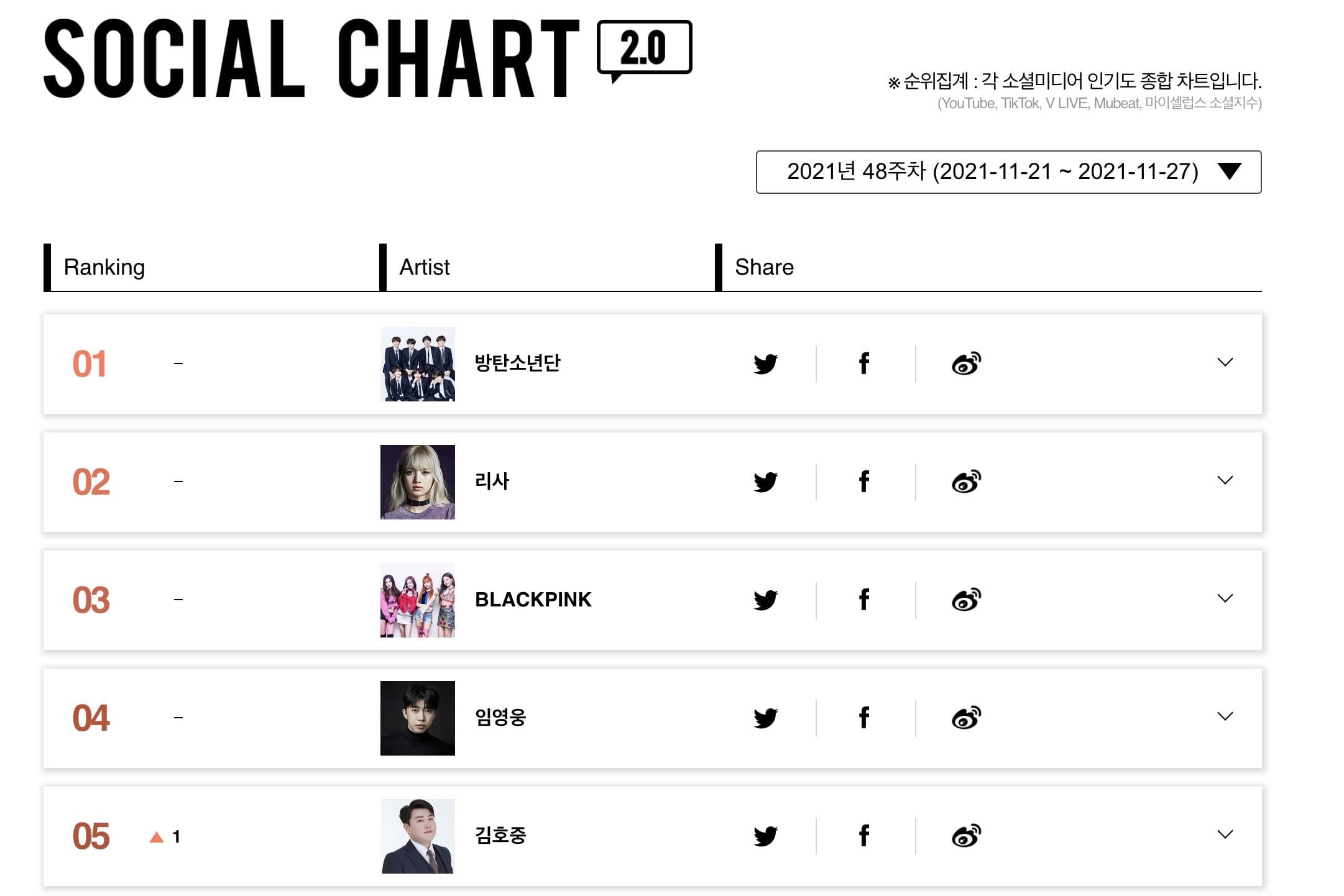 The social chart for this week is almost the same as last week: BTS at No. 1, BLACKPINK’s Lisa at No. 2, BLACKPINK at No. 3, and trot singer Lim Young Woong at No. 4. Fellow trot singer Kim Ho Joong overtook TWICE this week to place No. 5.