“The Pirates: The Goblin Flag” has unveiled its main poster!

A follow-up to the 2014 film “The Pirates,” “The Pirates: The Goblin Flag” is a period action-adventure comedy about a group of fortune-seekers who take to the high seas searching for lost treasure. Kang Ha Neul stars as Woo Moo Chi, a bandit leader; Han Hyo Joo as Hae Rang, a tough pirate captain; Lee Kwang Soo as Mak Yi, who dreams of becoming the pirate king; EXO’s Sehun as Han Goong, a talented archer; Chae Soo Bin as Hae Geum, a natural con artist; and Kwon Sang Woo as villain Boo Heung Soo.

The actors’ charismatic expressions, vivid costumes, and the ship pitching on stormy seas in the background highlight the big-spectacle nature of the film. The caption reads, “Whoever finds the lost treasure gets to keep it,” promising a thrilling chase after the coveted prize. 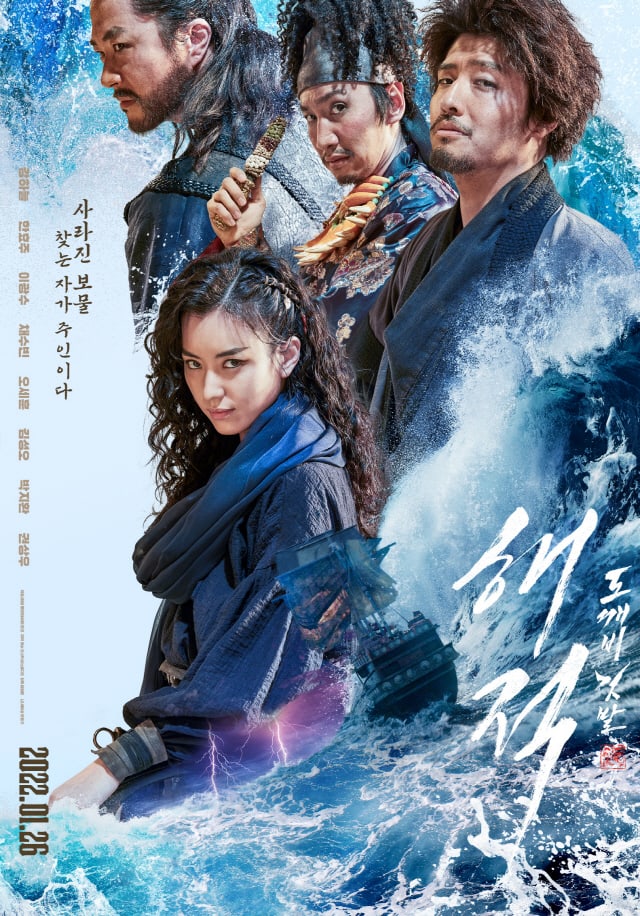 “The Pirates: The Goblin Flag” also released a relationship chart between the principal characters in the movie. The pirates are represented in blue, the bandits in yellow, and the rebels in green.

Hae Rang and Woo Moo Chi are at the center of the chart, and they have a mutual competitive relationship that is summed up in the phrase, “There can only be one leader.” In addition to being a charismatic pirate captain who rules the seas, she is also the owner of her own ship. Moo Chi is the chief of his team of bandits and Kang Seob (Kim Sung Oh) is his right-hand man, the two of them being like family to each other. Agwi (Park Ji Hwan) fulfills a similar role for Hae Rang, being the “iron fist” of the pirate crew and absolutely loyal to Hae Rang.

Hilariously, Mak Yi sees Hae Rang as his rival, as he wants to be a pirate captain and the king of the pirates, but she does not take any notice of him. As a result, Mak Yi teams up with Hae Geum in a strategic partnership that involves Moo Chi and Hae Rang as their targets. Mak Yi pities Moo Chi for being empty-headed and innocent, though Moo Chi does not take much notice of him either. 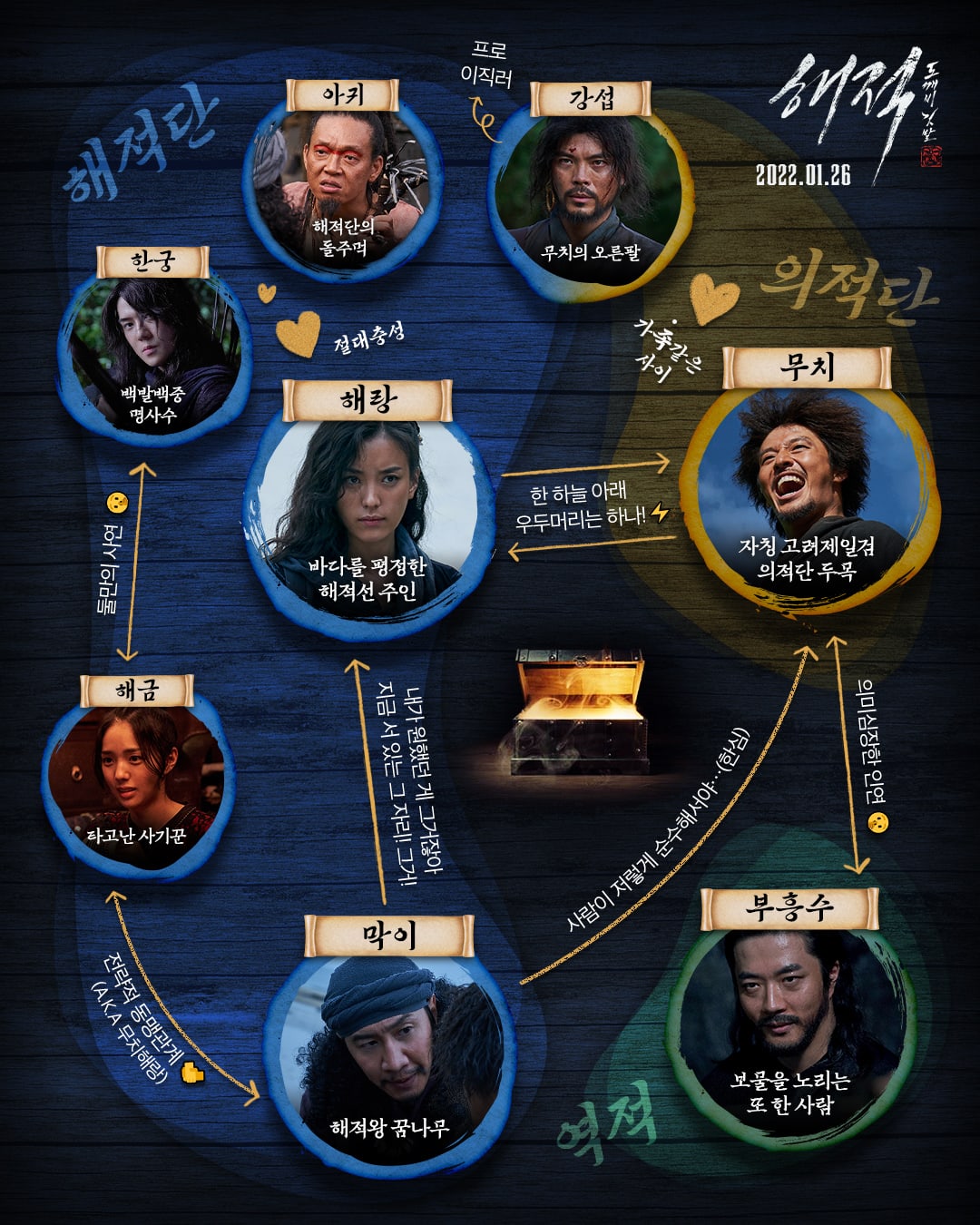 “The Pirates: The Goblin Flag” premieres on January 26. Check out the main trailer here!

Watch the first “The Pirates” film on Viki: