Gaon Chart has revealed its chart rankings for the week of January 23 to January 29! 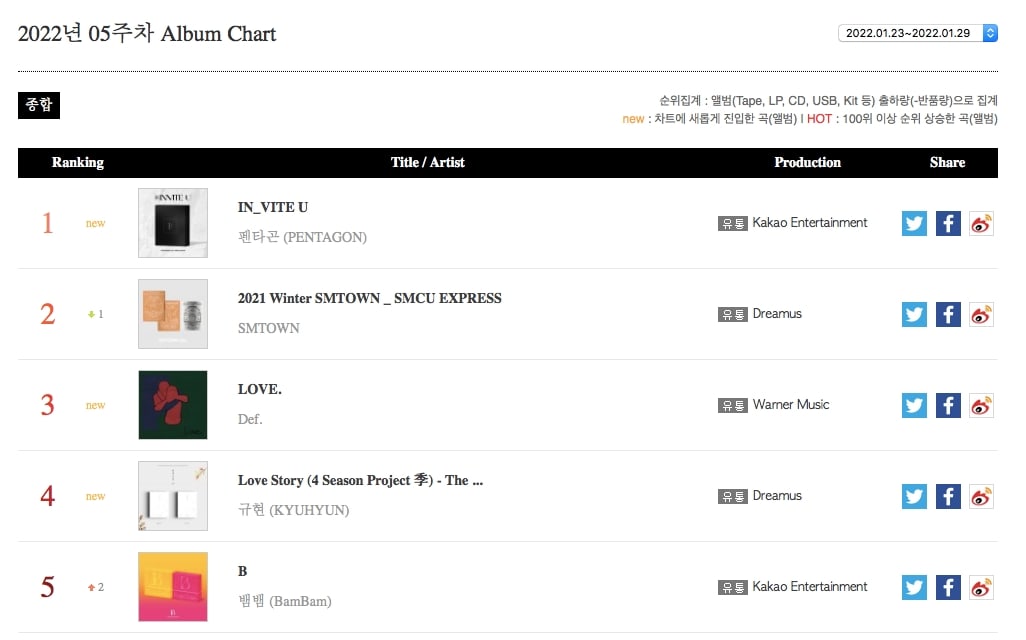 PENTAGON also topped this week’s digital download chart with their new title track “Feelin’ Like,” which debuted at No. 1. Kyuhyun’s “Love Story” entered the chart at No. 2, followed by Def. (GOT7’s JAY B)’s “SUNSET WITH YOU” at No. 3.

Girls’ Generation’s Taeyeon’s pre-release single “Can’t Control Myself” stayed strong at No. 4, while Lim Young Woong’s “Love Always Runs Away” rounded out the top five for the week. 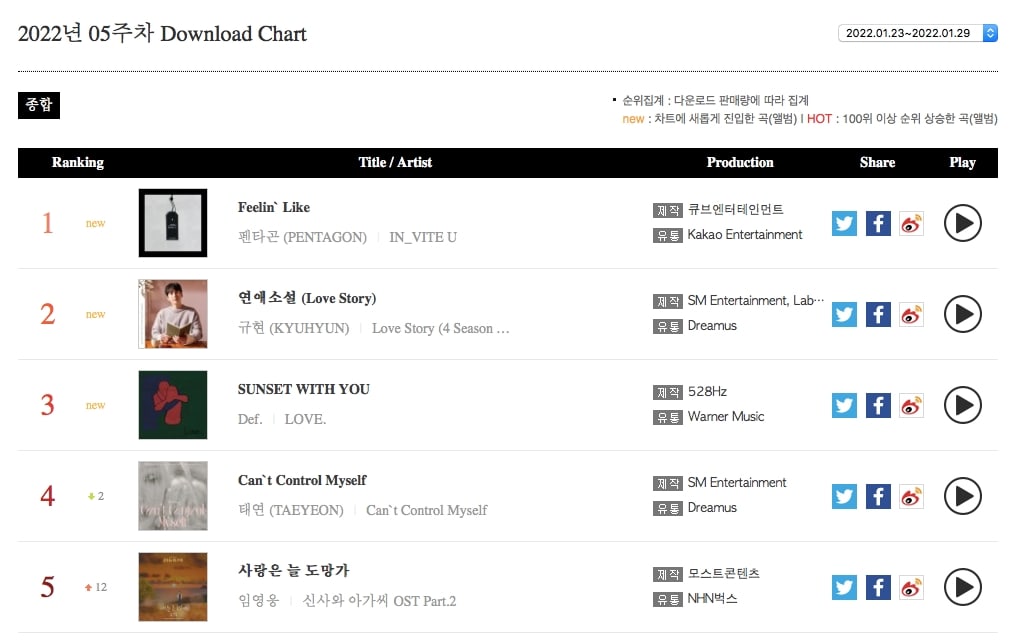 MeloMance’s Kim Min Seok’s “Drunken Confession” topped the overall digital chart for the third consecutive week, while sokodomo’s “Merry-Go-Round” (featuring Zion.T and Wonstein and produced by Slom) similarly maintained its position at No. 2.

IVE’s debut track “ELEVEN” also held onto its spot at No. 3, trailed by Lim Young Woong’s “Love Always Runs Away” at No. 4 and BE’O’s “Limousine” (featuring WINNER’s Song Mino and produced by Gray) at No. 5. 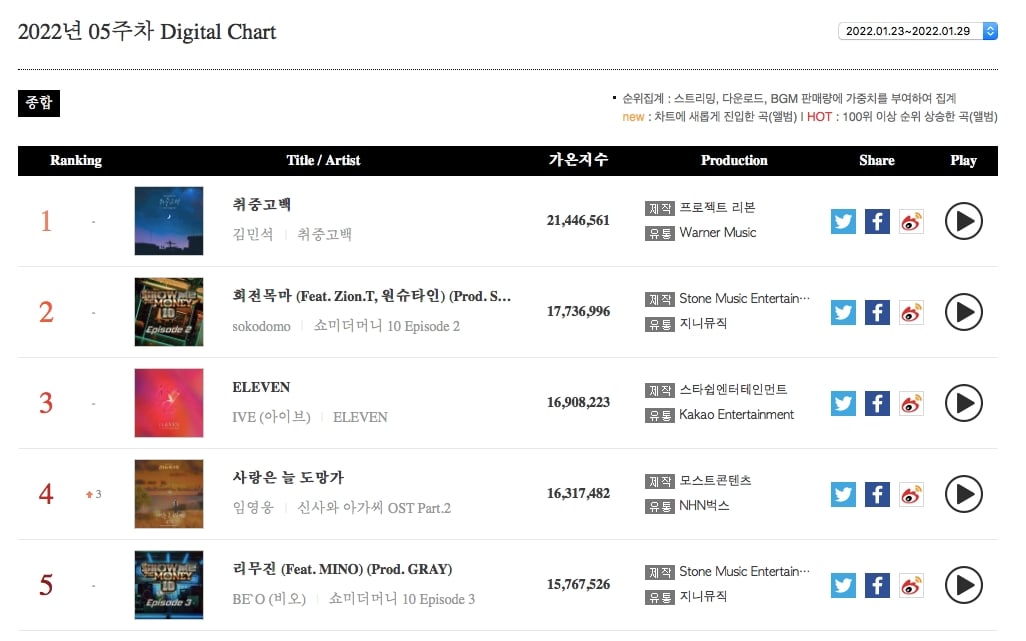 The top five songs on this week’s streaming chart were exactly the same as last week: Kim Min Seok’s “Drunken Confession” came in at No. 1, sokodomo’s “Merry-Go-Round” at No. 2, IVE’s “ELEVEN” at No. 3, BE’O’s “Limousine” at No. 4, and BE’O’s “Counting Stars” (featuring Beenzino) at No. 5. 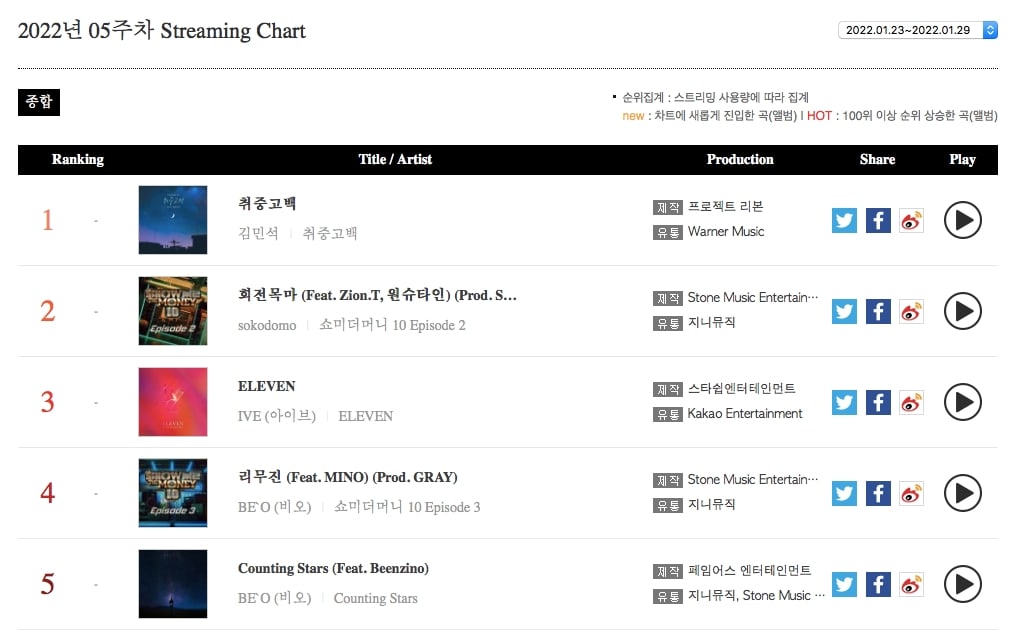 BTS held onto their spot at No. 1 on the social chart, followed by BLACKPINK at No. 2, BLACKPINK’s Lisa at No. 3, and Lim Young Woong at No. 4.

Finally, TWICE rose to No. 5 on this week’s chart. 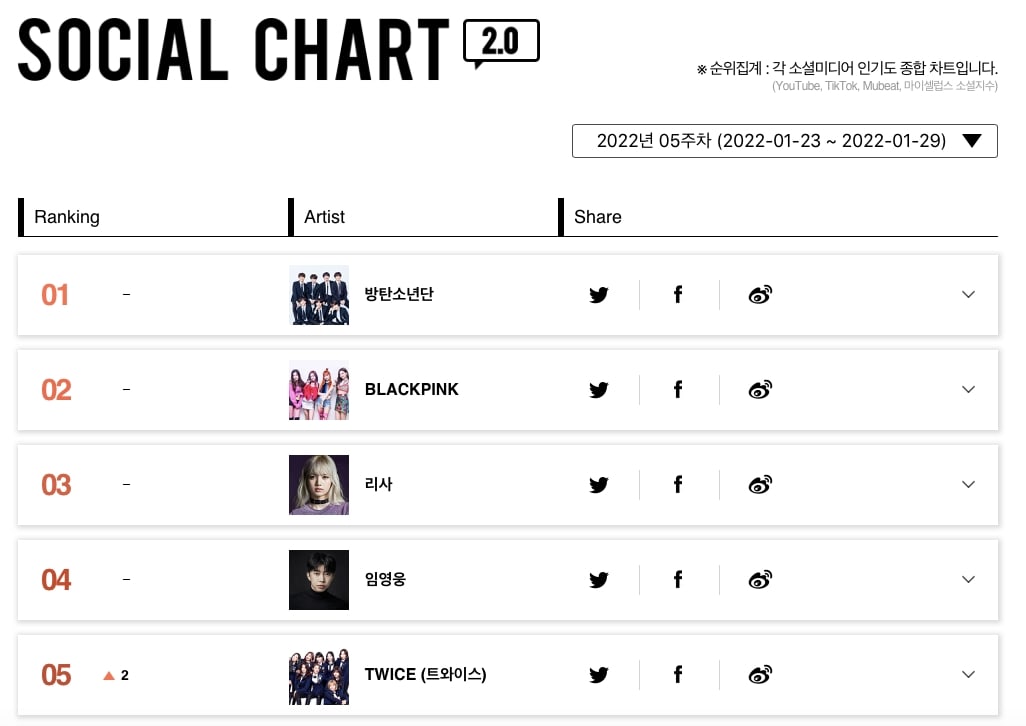