Alas, “Military Prosecutor Doberman” is over, and our corruption-fighting duo will no longer grace us on Mondays and Tuesdays. But have no fear, because there’s more where that came from. Here are my top recommendations if you enjoy gritty tales of underdogs taking on corruption, be it through the law, through their wits, or through their fists (to be fair, all three are often involved). Read on to find your next favorite drama! 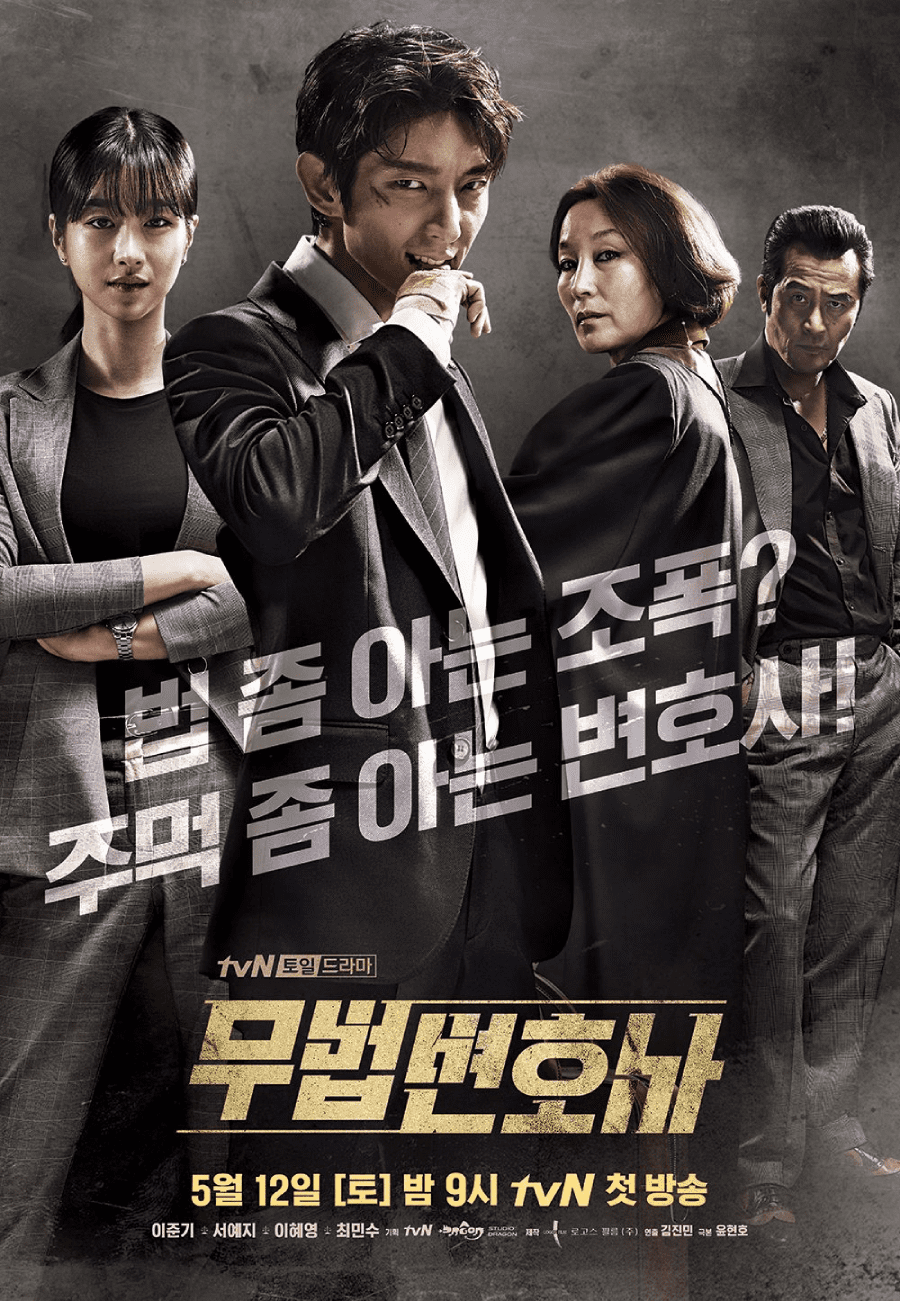 Before “Military Prosecutor Doberman,” the writer, Yoon Hyun Ho, helmed the equally fantastic “Lawless Lawyer,” where another fantastic twosome took on corruption. Bong Sang Pil (Lee Joon Gi) is an ace lawyer with a high success streak and a distaste for power. The reason? As a child, he witnessed his mother being murdered by a gang boss in the employ of the town’s most prolific judge. Barely escaping with his life intact, Sang Pil has spent 18 years training with his uncle, a rival gang boss, vowing revenge on those responsible.

Enter Ha Jae Yi (Seo Ye Ji), a lawyer who just had her license suspended for beating up a corrupt judge in court. Upon returning to the small town where her mother went missing years ago, she’s recruited by Sang Pil who seems to know more about her mother’s disappearance than he lets on. Wary of him, but in agreement with his intention to fight corruption, Jae Yi teams up with him to take down the vermin of the city.

The writer seems to have a penchant for blackhearted female villains, like Noh Hwa Young (Oh Yun Soo), and this time around we get someone just like her in Judge Cha Moon Sook (Lee Hye Young). Then there’s Choi Min Soo, who manages to be menacing by just blinking. He’s actually playing second fiddle to Lee Hye Young’s character here, as opposed to the main Big Bad, which is a nice change of pace, but he remains as unnerving as ever.

Villains aside, Sang Pil is one of Lee Joon Gi’s best roles. Alternating between sardonic and cunning as well as being useful in a fight, he’s the epitome of lawless. He always brings his A-game with chemistry, and this show’s no exception. 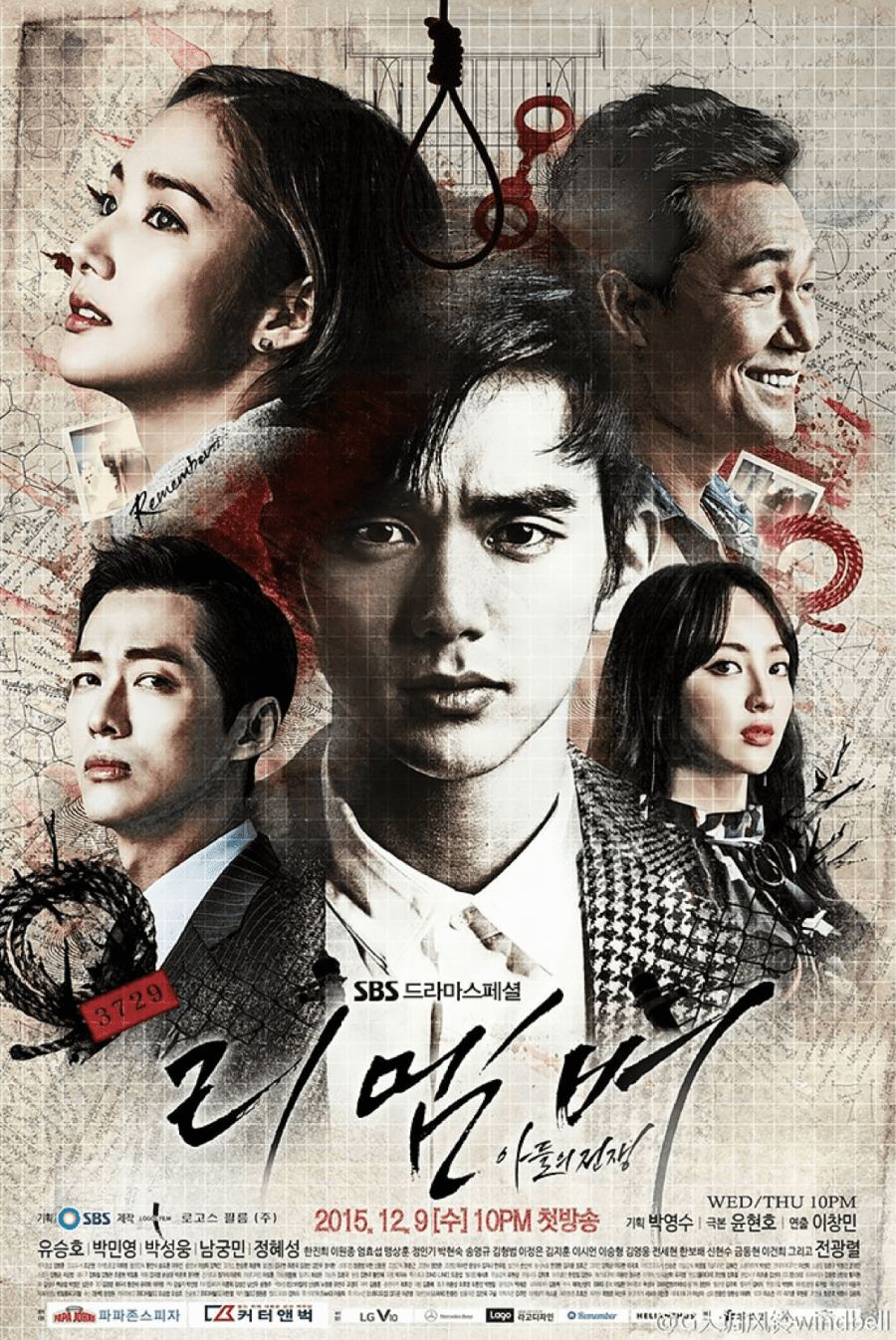 Jin Woo (Yoo Seung Ho) is in high school when his father, a cleaner, heads out to make big bucks by vacuuming the home of a wealthy chaebol, Nam Gyu Man (Namgoong Min), only he ends up framed for the murder of a young woman. As Jin Woo’s father suffers from Alzheimer’s, the prosecution finds it only too easy to pin everything on him and sentence him to life in prison. Jin Woo quickly figures out that Gyu Man is responsible, but fate and the legal system conspire against him. Four years later, Jin Woo, now a lawyer, is back for revenge. Armed with his secret skill (hyperthymesia, essentially a perfect memory), he teams up with lawyer Lee In Ah (Park Min Young) to punish Gyu Man and all who protected him. But time is running out for In Woo, because the disease that was crucial to putting his father away is sneaking up on him.

It’s Yoo Seung Ho! And Park Min Young! And they’re so cute together!

Remember when Namgoong Min played villain after villain? Like in “The Girl Who Sees Smells“? He’s the absolutely best at being the worst here. The role of Nam Gyu Man infamously had a toll on his real life personality as well, and it is honestly one of his best performances because being that bad all the time can’t be easy! 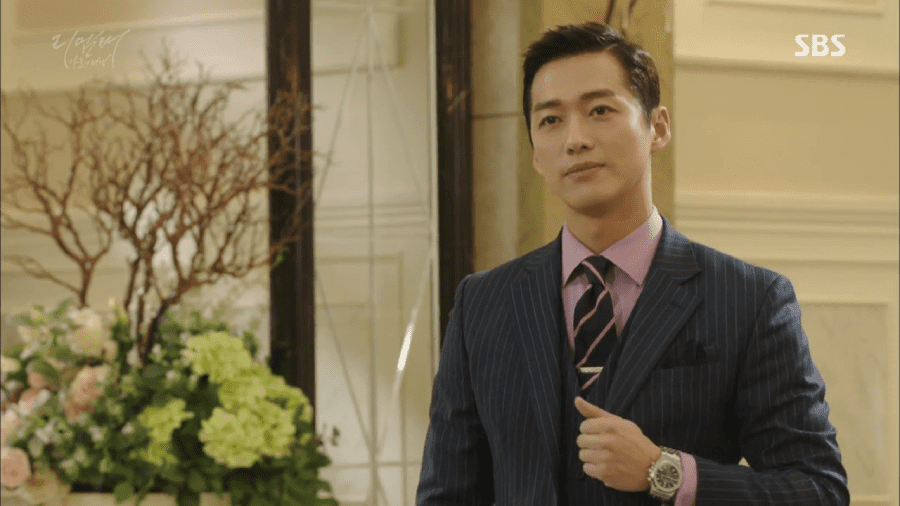 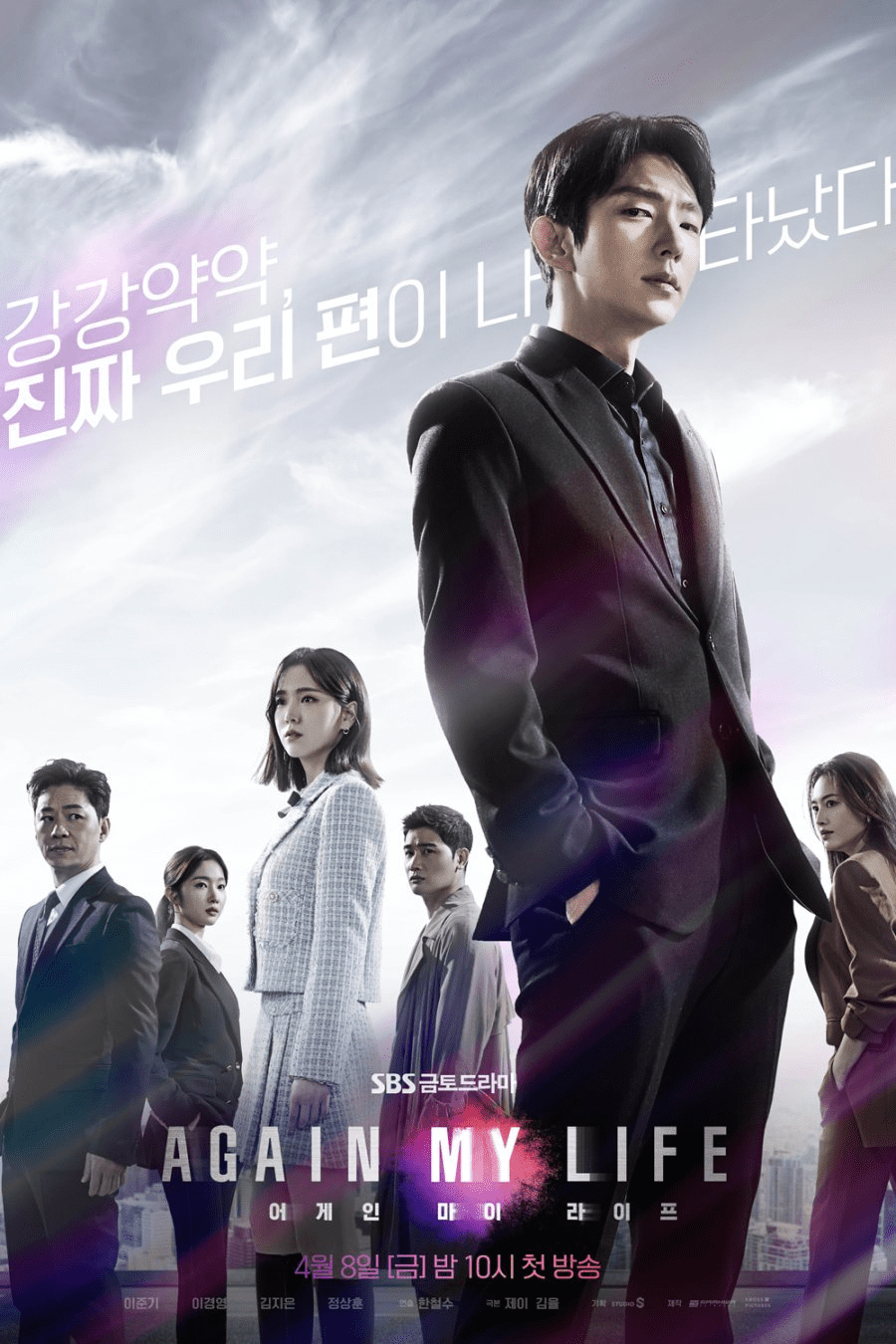 Another Lee Joon Gi drama here, because there sure is a type he loves playing! The currently airing “Again My Life” details the tale of Kim Hee Woo (Lee Joon Gi), a hotshot prosecutor who takes on all sorts of corrupt folk and tosses them in jail. But he meets his match when he attempts to tear down the incredibly evil Jo Tae Seob (Lee Kyung Young), a power player who owns half the bigwigs in Korea. Tae Seob doesn’t bother playing games of good versus evil with Hee Woo and sends him straight to the afterlife less than a few hours after their meeting. But instead of dying, Hee Woo is mysteriously transporting 15 years back in time. We follow Hee Woo as he attempts to rewrite the incidents that shaped his life and use his second lease on life to tear down the system that enables Tae Seob’s rise to power.

Why you’ll love it: Who hasn’t wished they could go back in time and do things over? It’s exhilarating seeing Hee Woo not only alter the course of his life, but to also use his knowledge of the future to save so many others. Plus, the side characters are well fleshed-out and a delight, especially Kim Jae Kyung! 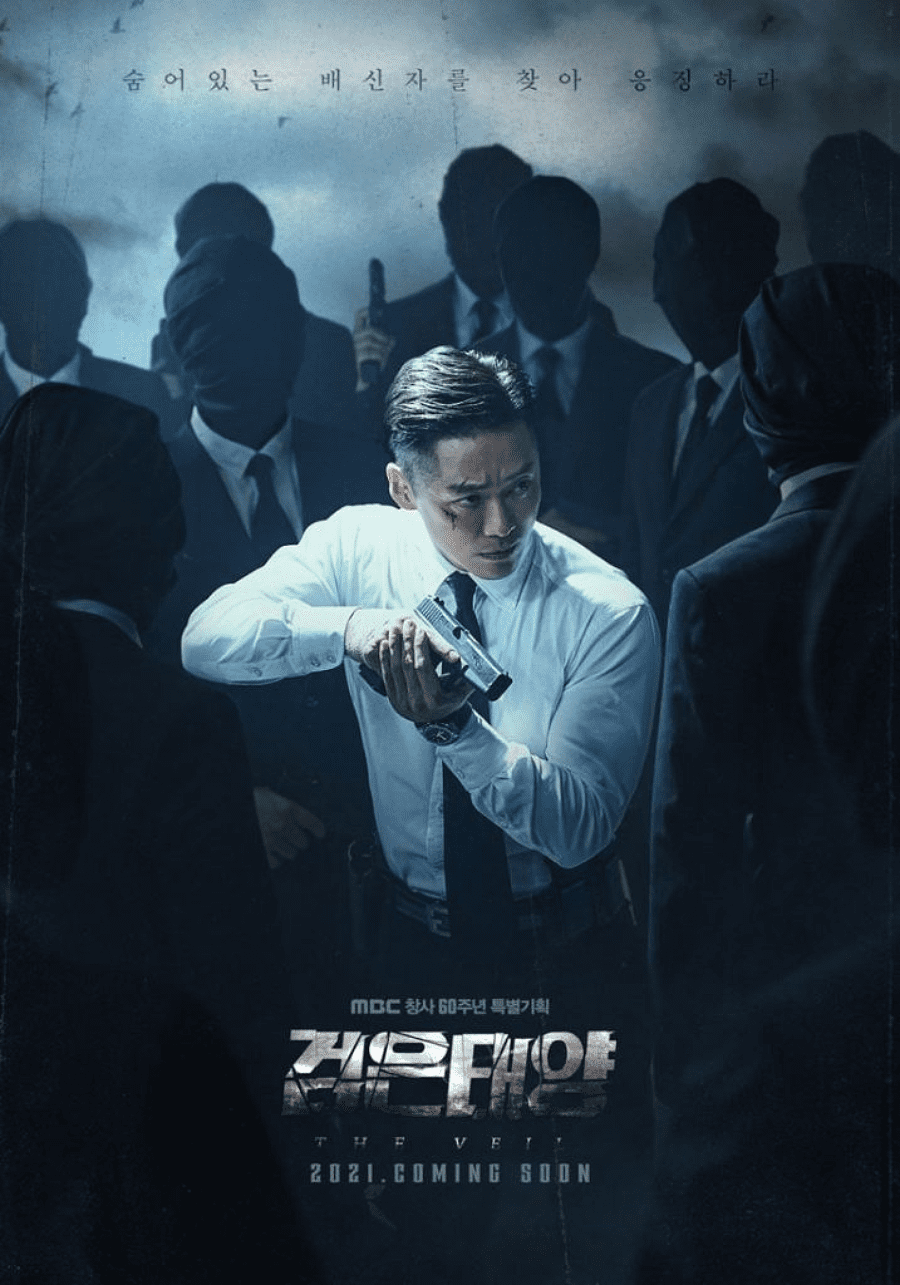 Namgoong Min shows up again, this time as a hero. He plays Han Ji Hyuk, the former ace of the National Intelligence Service. He resurfaces after being presumed dead in the botched mission that killed his teammates a year ago. A wildcard, Ji Hyuk’s return has everyone nervous, from the head of the NIS, to those in charge of the mission that resulted in Ji Hyuk’s disappearance. All are relieved when it seems that Ji Hyuk is suffering from amnesia, remembering nothing that happened a year ago. But when someone starts sending Ji Hyuk messages indicating that there was more to that fateful night and to Ji Hyuk’s amnesia, everyone becomes a suspect.

With the aid of Yoo Je Yi (Kim Ji Eun), a competent newbie who’s not entirely what she seems, Ji Hyuk probes the depths of the NIS and his own mind, uncertain of whether it is his memory, or his own people, who are the enemy.

Namgoong Min is in fine form for this drama. Quite literally. Look at the size of him!

But it isn’t just that. His acting here is phenomenal. Seriously. It’s brilliant. He walks, talks, and breathes like a soldier suffering from PTSD, always on the edge, waiting for the other shoe to drop, and not to mention slightly crazed. It’s so, so good!

He nails the action scenes, which can be quite brutal, and he has pretty good chemistry with Yoo Je Yi. Full of twists and turns as well as sitting at a comfortable 12 episodes, this is definitely worth the watch! 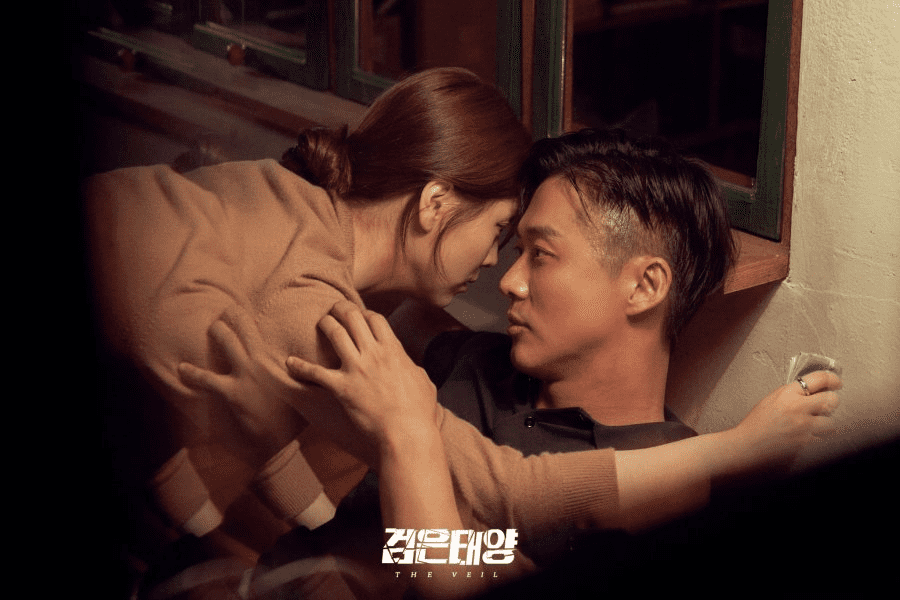 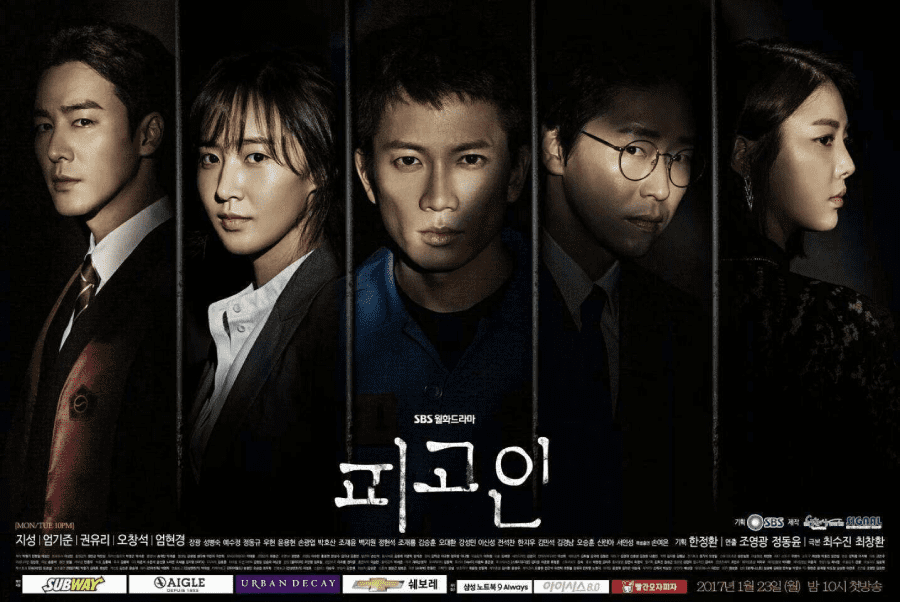 No compilation of great dramas and amazing acting is complete without the powerhouse that is Ji Sung. In one of his finest performances, for which he won the Daesang at the 2017 SBS Drama Awards, “Defendant” tells the story of a man who loses everything and fights to gain it all back while behind bars.

Park Jung Woo (Ji Sung) is a hotshot prosecutor who has it all. Putting criminals away by day, with perhaps a few bruised knuckles involved, he comes home to a loving wife and an adorable daughter. All of this comes crashing down when Jung Woo attempts to take down the vicious Cha Min Ho (Uhm Ki Joon, who really deserves a lead role in a rom-com or something happier). Jung Woo wakes up to find himself in jail, with six months of his memory missing, and is told that he killed his wife and daughter. His daughter’s body, however, is missing and despite all forms of coercion, Jung Woo does not know what happened to her.

Sentenced to death, Jung Woo is now at the mercy of the other inmates, including those he put away. With the entire world against him, he has no choice but to rely on the least reliable but only person who can exonerate him: himself. 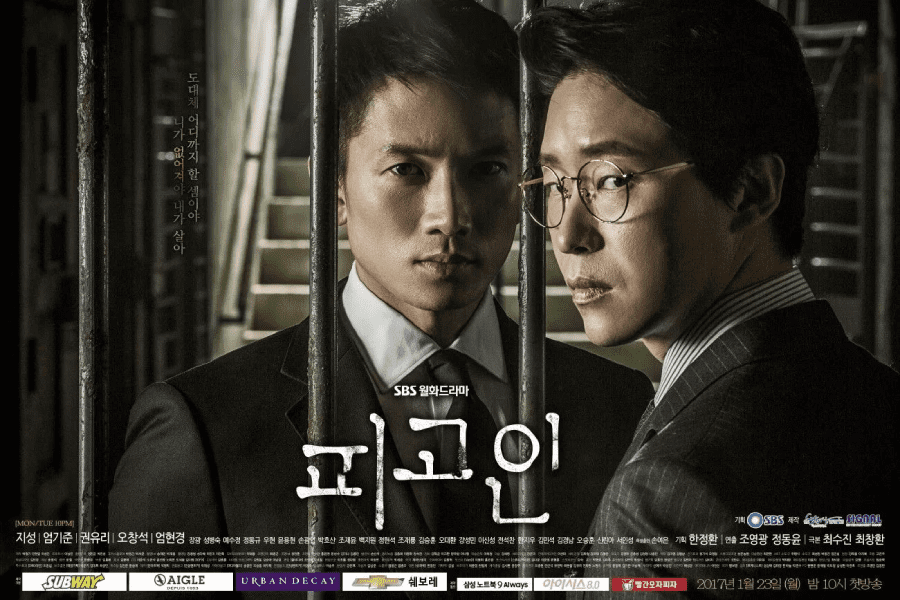 There’s nothing that Ji Sung can’t or hasn’t knocked out of the part, but he goes all out in this show. He lost weight, going near skeletal to depict a man on death row. As a new father himself to a lovely daughter, he poured all those emotions into playing Jung Woo, desperately searching for his missing child. The drama is painful to watch, as Jung Woo is beaten, tortured, and even attempts to take his own life. It got to the point where Ji Sung had to reassure viewers himself that their frustrations would be alleviated over halfway into the show’s run.

Still there’s so much to love. The show is a triumph of hope over despair, of camaraderie in the darkest of places, and one man’s determination to fight until the end. It’s the sort of story that lingers long after it’s gone. Plus it’s Ji Sung, any reason to watch that man wink is a good one!