On the latest episode of “Amazing Saturday,” Lee Kwang Soo was unable to recognize his own girlfriend Lee Sun Bin’s voice—and he had a hilarious reaction when he realized his mistake!

During the April 23 broadcast of the tvN variety show, Lee Kwang Soo appeared as a guest together with AOA‘s Seolhyun, his co-star from the upcoming drama “The Killer’s Shopping List.” At one point during the episode, the cast members and guests played a game in which they listened to various OST songs and had to name the drama whose soundtrack each song belonged to.

One of the songs played during the game was Lee Sun Bin’s song “Dreamer,” from the OST of her hit drama “Work Later, Drink Now.” As soon as the song began playing, Lee Kwang Soo confidently yelled out the incorrect answer “My Mister,” leading everyone to crack up in disbelief.

Host Boom went on to give multiple hints about the drama and the fact that it had to do with drinking, but Lee Kwang Soo remained hilariously clueless as the song kept playing. In the end, Shin Dong Yup finally figured out from Boom’s hints that the correct answer was “Work Later, Drink Now”—and as soon as he named the drama, Lee Kwang Soo was unable to hide his shock. 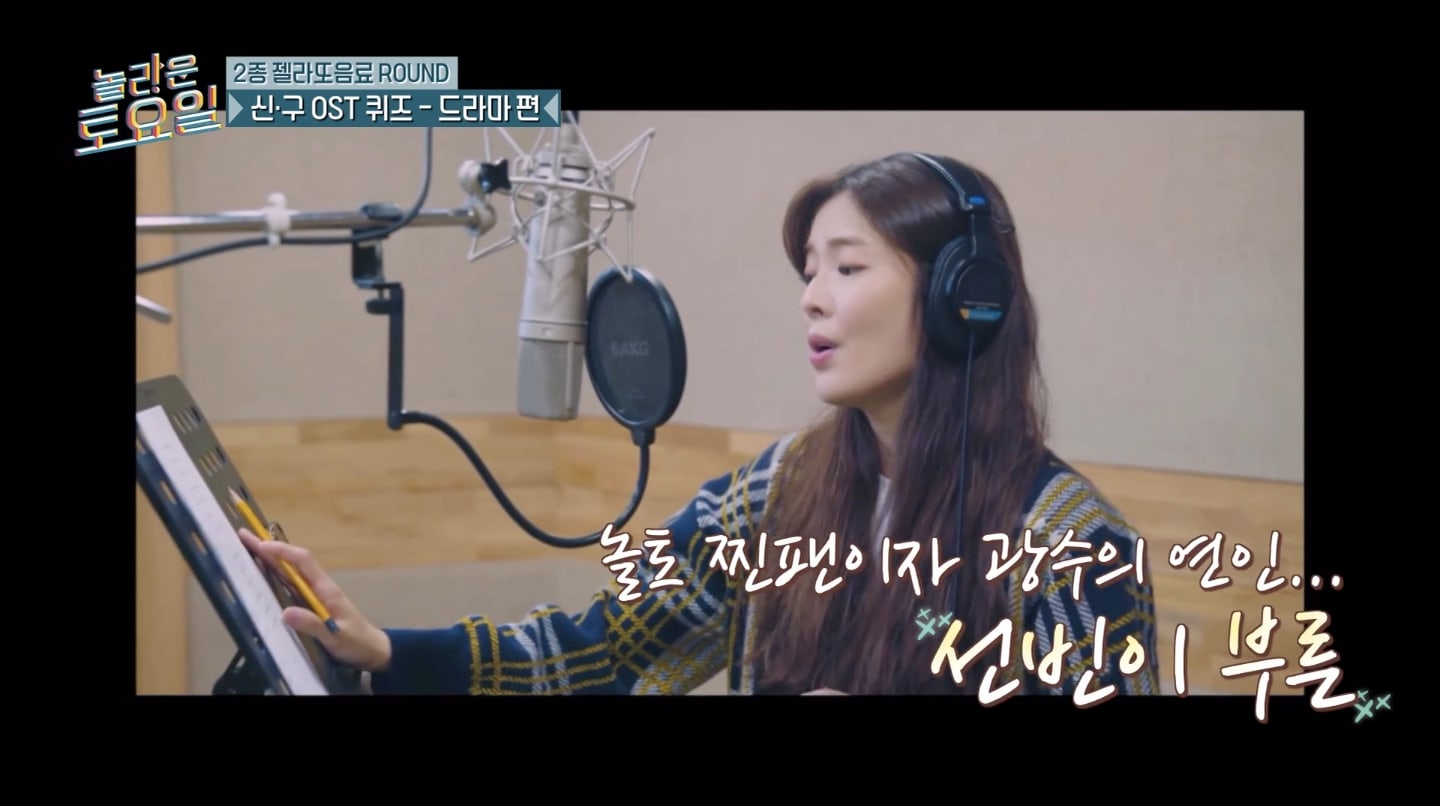 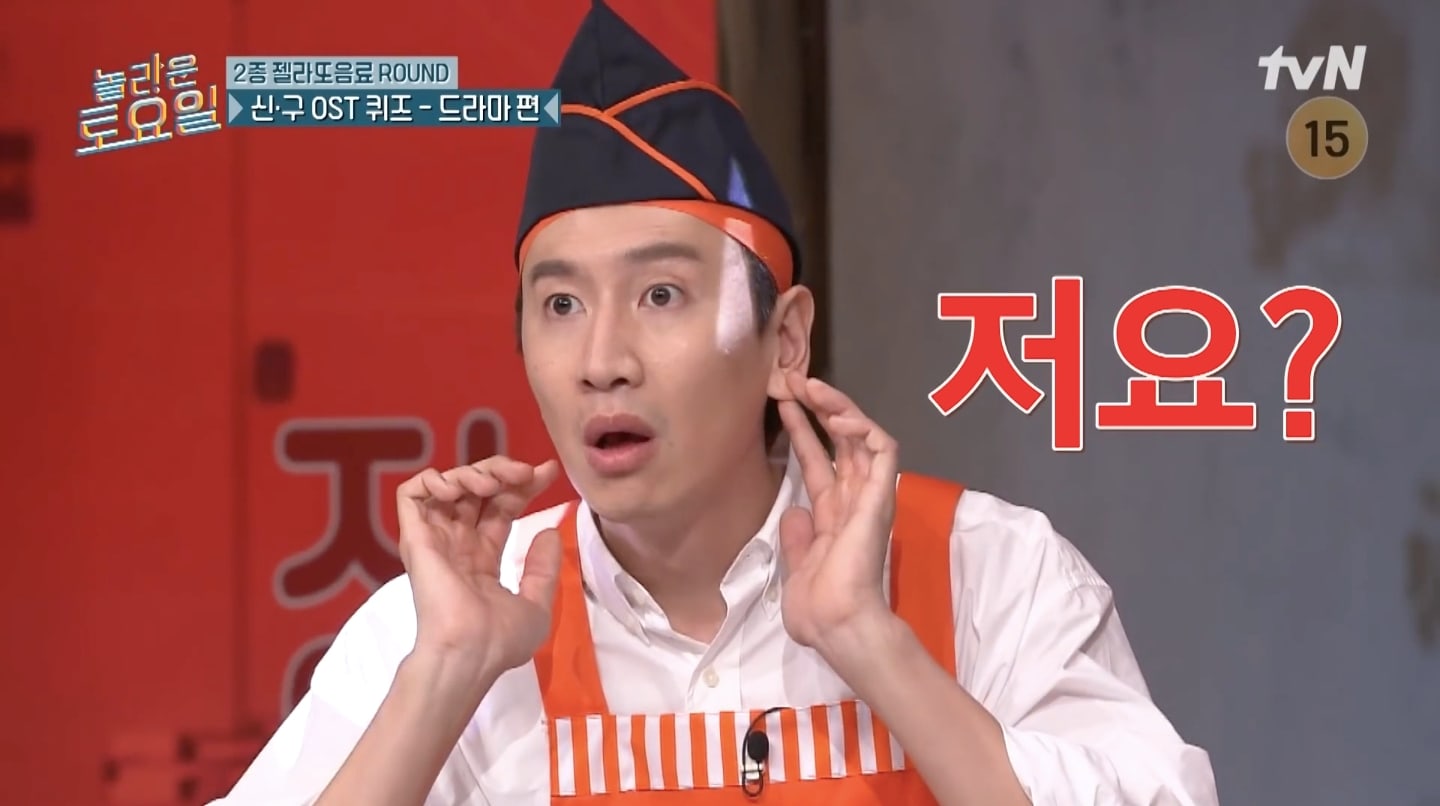 Swearing under his breath and hanging his head in defeat, Lee Kwang Soo belatedly sighed, “So that’s why I knew the song,” while Shin Dong Yup playfully scolded him, “Why don’t you know this?” Park Na Rae joked, “Is this okay [to air]?” and Hanhae chimed in, “I’m really worried for him.”

Boom then asked, “Kwang Soo, do you even know who sang this song?” and a defeated Lee Kwang Soo replied simply, “Yes.” However Girls’ Generation‘s Taeyeon and Seolhyun both chided him for not recognizing his own girlfriend’s song, with Taeyeon exclaiming, “How can you not know this?” and Seolhyun agreeing, “Really. It’s not even [my song] and I still feel hurt.” 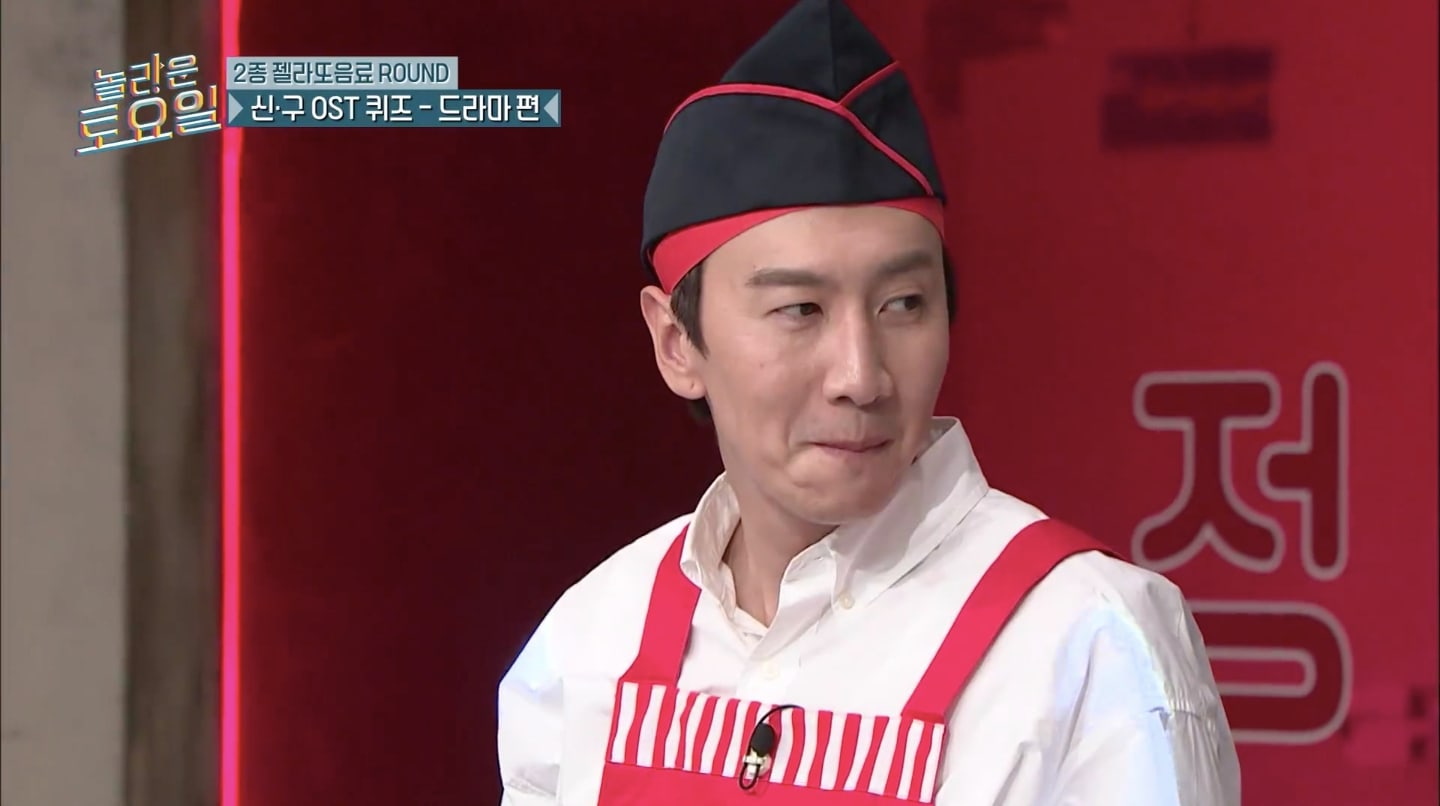 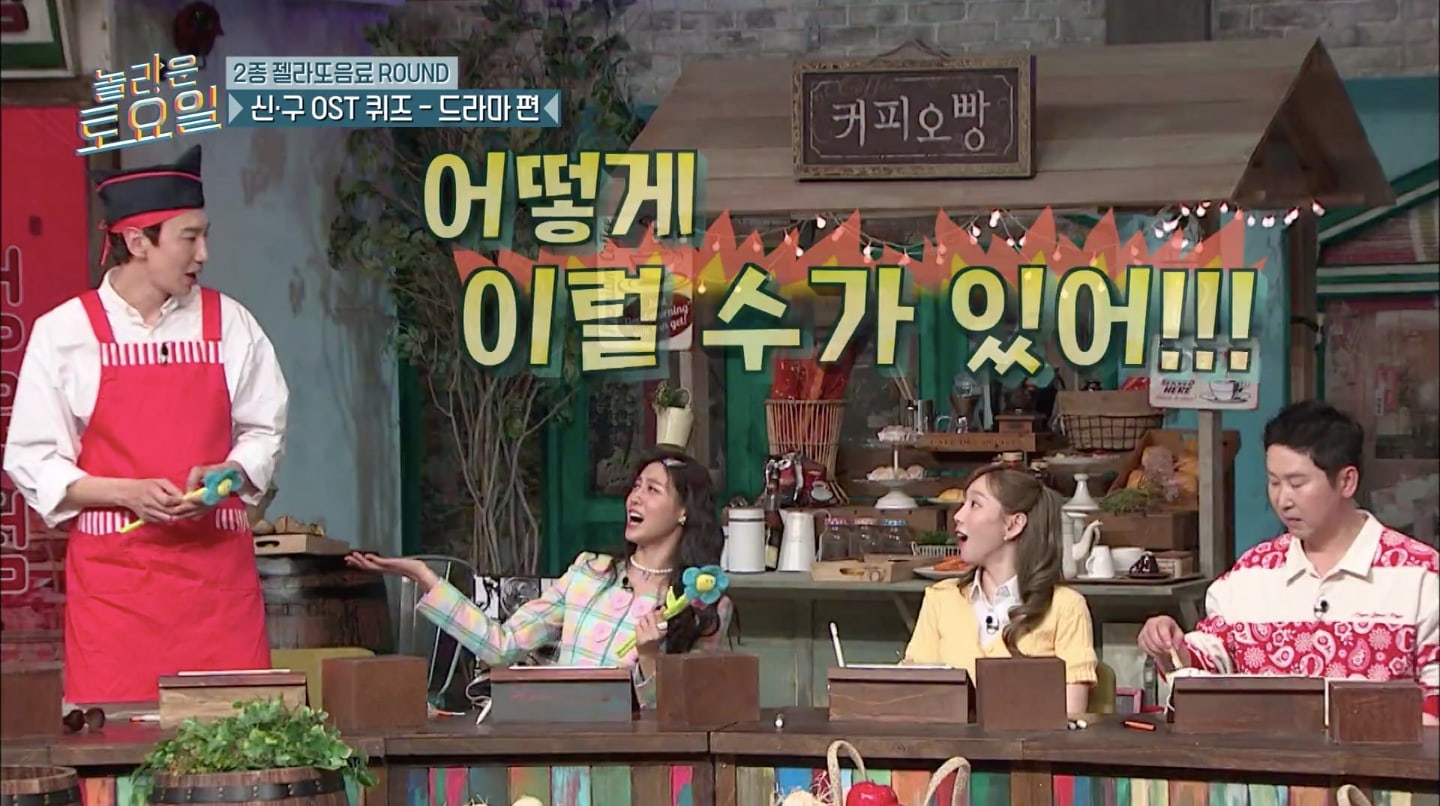 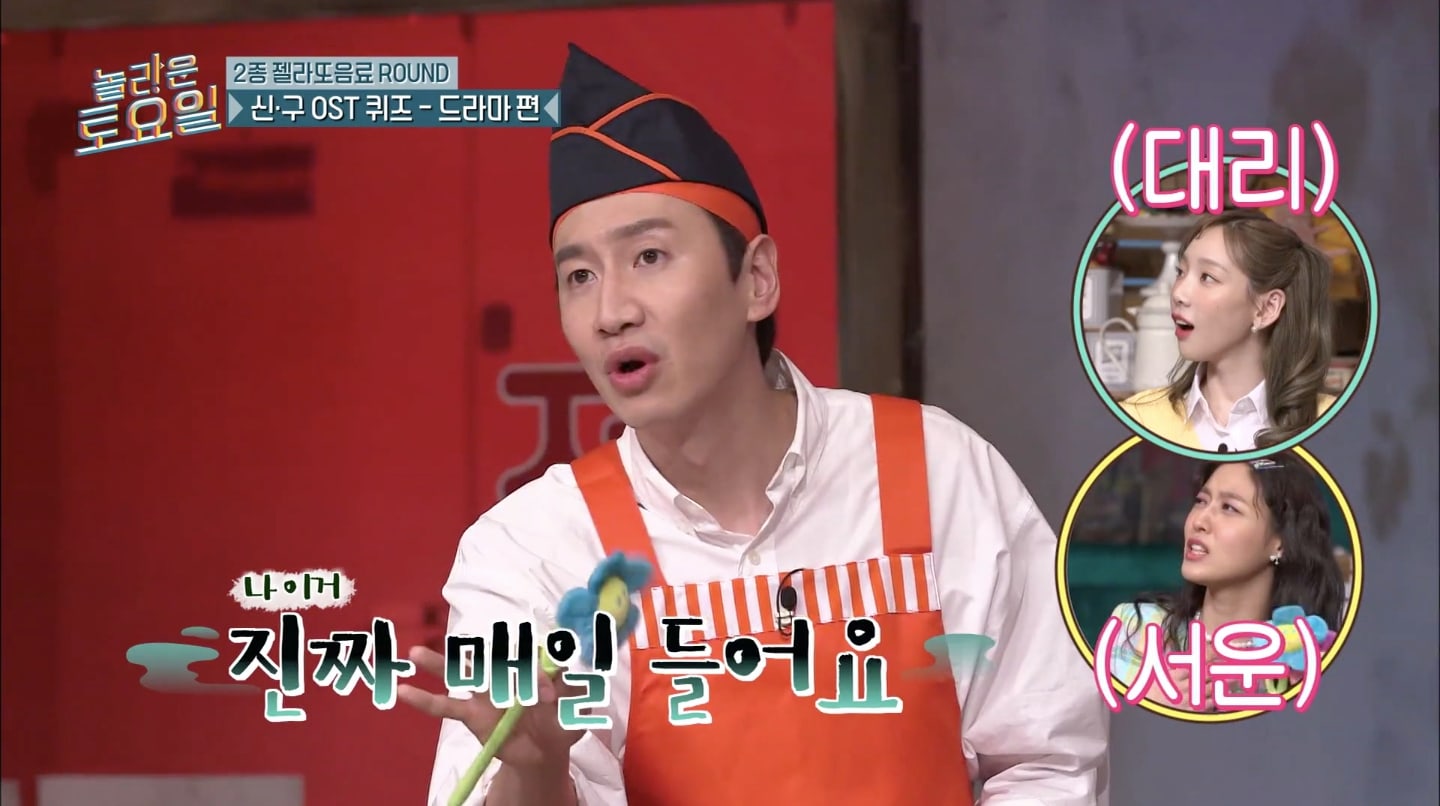 However, it wasn’t just Lee Sun Bin’s voice that Lee Kwang Soo didn’t recognize—the actor also amusingly failed to recognize two songs from his own dramas (“High Kick Through the Roof” and “It’s Okay, That’s Love“) over the course of the game.

After first meeting on the set of SBS’s “Running Man” back in 2016, Lee Kwang Soo and Lee Sun Bin have been dating for the past four years.

“The Killer’s Shopping List” premieres on April 27 at 10:30 p.m. KST and will be available with subtitles on Viki. In the meantime, check out a teaser for the drama here!

You can also watch another teaser for “The Killer’s Shopping List” with English subtitles below: