In its final week on air, ENA’s “Extraordinary Attorney Woo” held onto its spot at the top of the list of most buzzworthy dramas—ending a perfect eight-week streak at No. 1!

Ever since its premiere two months ago, “Extraordinary Attorney Woo” has topped Good Data Corporation’s rankings of each week’s most buzzworthy dramas without fail, and its final week proved no exception.

Meanwhile, MBC’s “Big Mouth” maintained its position at No. 2 on the drama list for the fourth consecutive week, while stars Lee Jong Suk and Girls’ Generation YoonA ranked No. 3 and No. 9 respectively on the actor list.

Finally, tvN’s “Alchemy of Souls” remained No. 3 on the drama list, with stars Jung So Min and Lee Jae Wook rising to No. 6 and No. 10 respectively on the actor list. 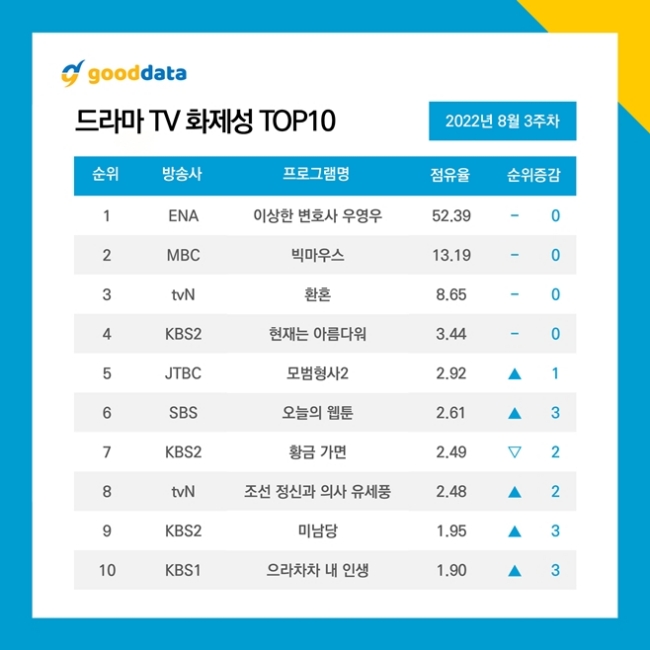 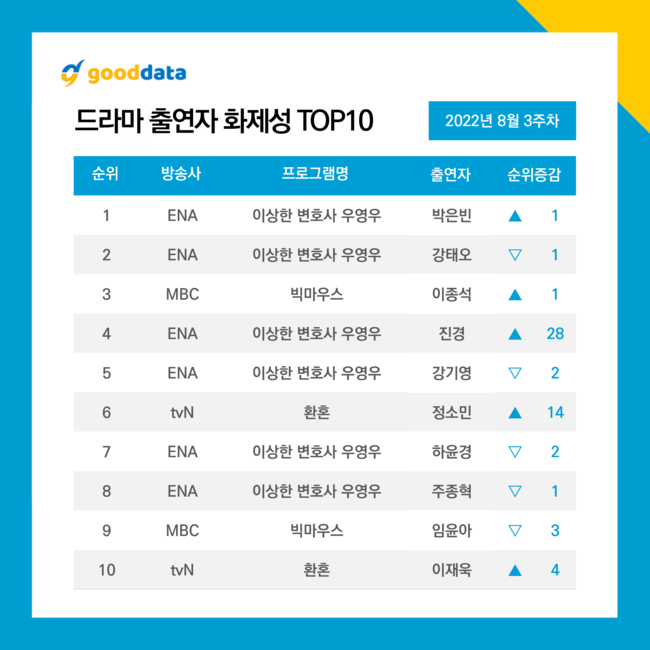