Felix And Hyunjin On Turning Points In Stray Kids’ Career, Their Success In 2022, And More

Stray Kids’ Felix and Hyunjin are the latest cover stars of Cosmopolitan magazine!

In the interview that followed their charismatic photo shoot, Stray Kids’ Felix and Hyunjin spoke about the group’s consistent growth and success since releasing “God’s Menu.” Just a month after the release of their seventh mini album “MAXIDENT,” Stray Kids became only the second Korean artist in history to become triple million-sellers with one album. This album also helped Stray Kids become the third Korean artist to top the Billboard 200, and the first artist this year to debut two albums at No. 1 on the chart.

Felix commented, “I feel happy, to the point where I can’t believe it. It’s all thanks to the love and support of our fans STAY.” Hyunjin added, “It’s hard to believe, but because of the numerical results, I do feel [our success]. However, if I’m to describe it more precisely, rather than it feeling like ‘We’re moving up,’ it feels more like ‘We must have the potential to move up even more.’ Our team atmosphere is no different from when we debuted and our goal of wanting to show many more people our music is unchanged. I believe that we are being recognized more for our potential, rather than our current selves.” 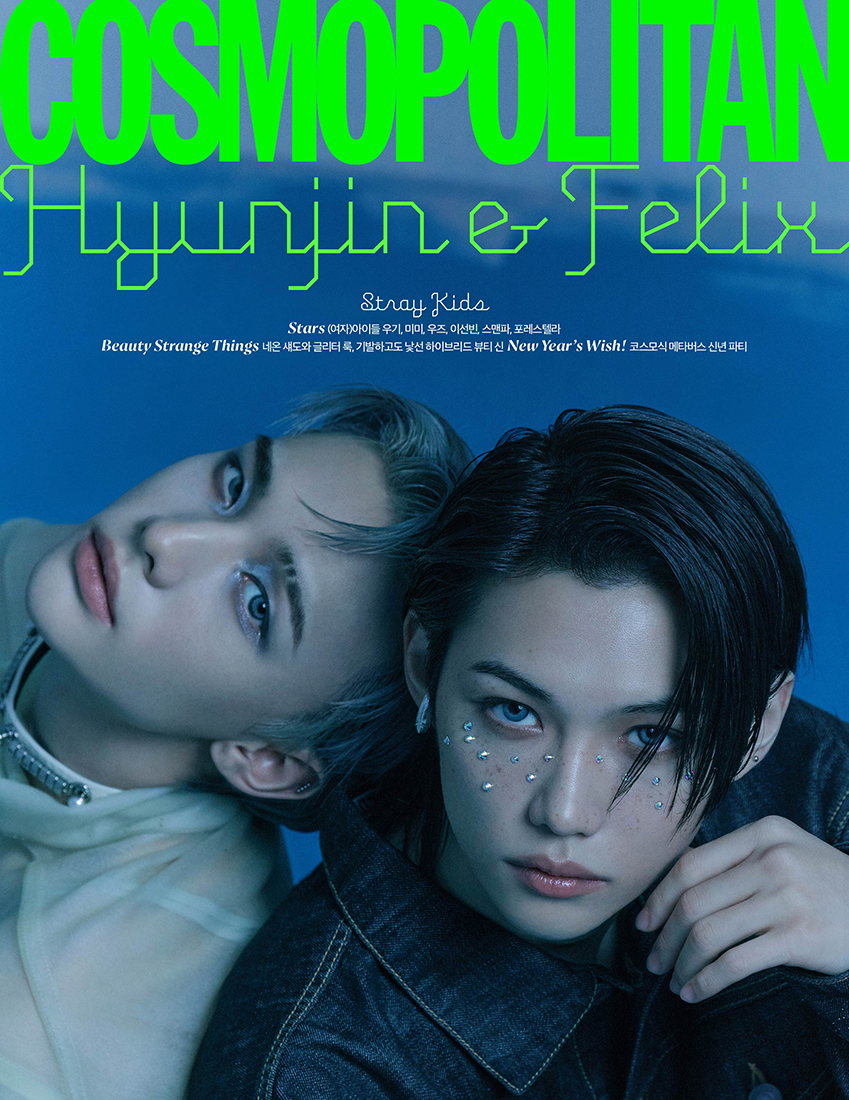 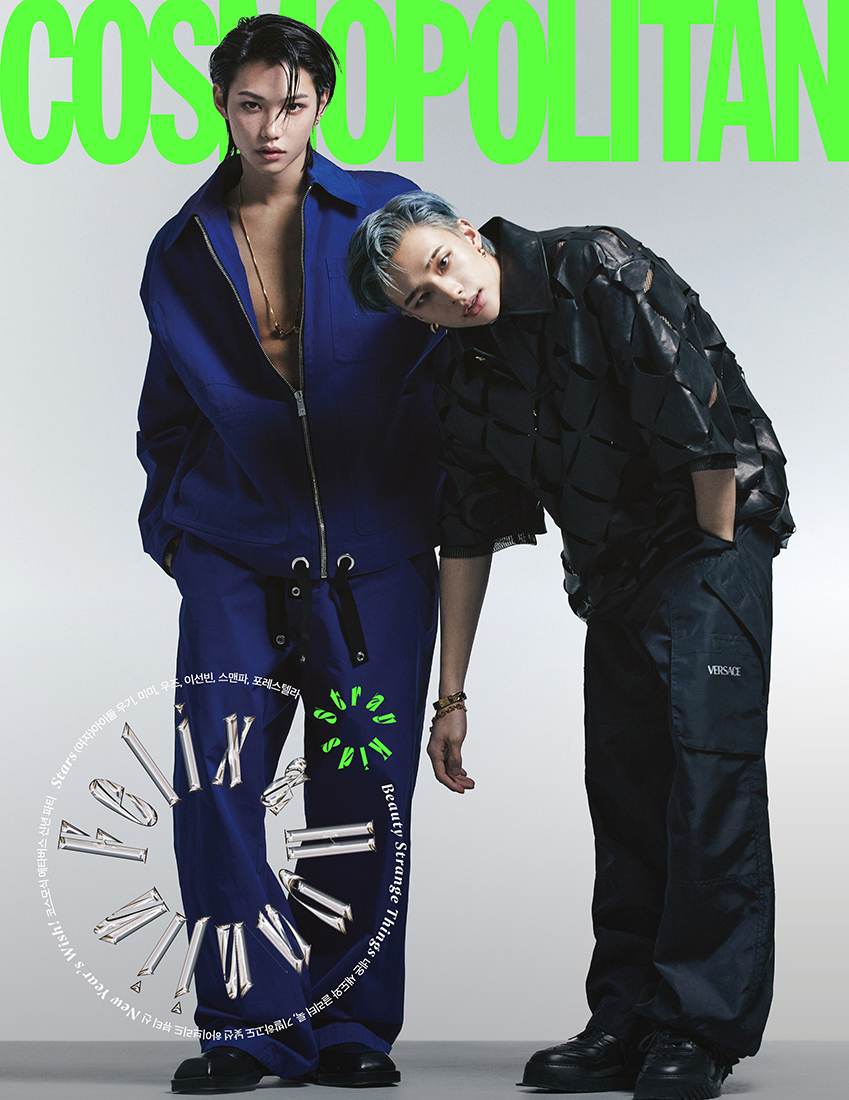 When asked about the team’s turning point, Felix answered, “‘God’s Menu’ was our first turning point where our musical and style growth was clearly noticeable. I believe this was the time when Stray Kids’ ‘malatang taste’ genre was created. I also think that the mini albums ‘ODDINARY‘ and ‘MAXIDENT’ that we released this past year are different turning points with which we got to personally meet with fans for the first time in awhile after the long pandemic.”

Hyunjin shared, “There was a moment where I felt that we were all putting in effort with the same goal and mindset. I feel like that was our turning point. Also, one of the biggest forces that has allowed us to get to this point is the effort of our team’s producing unit 3RACHA. They are really cool colleagues.” 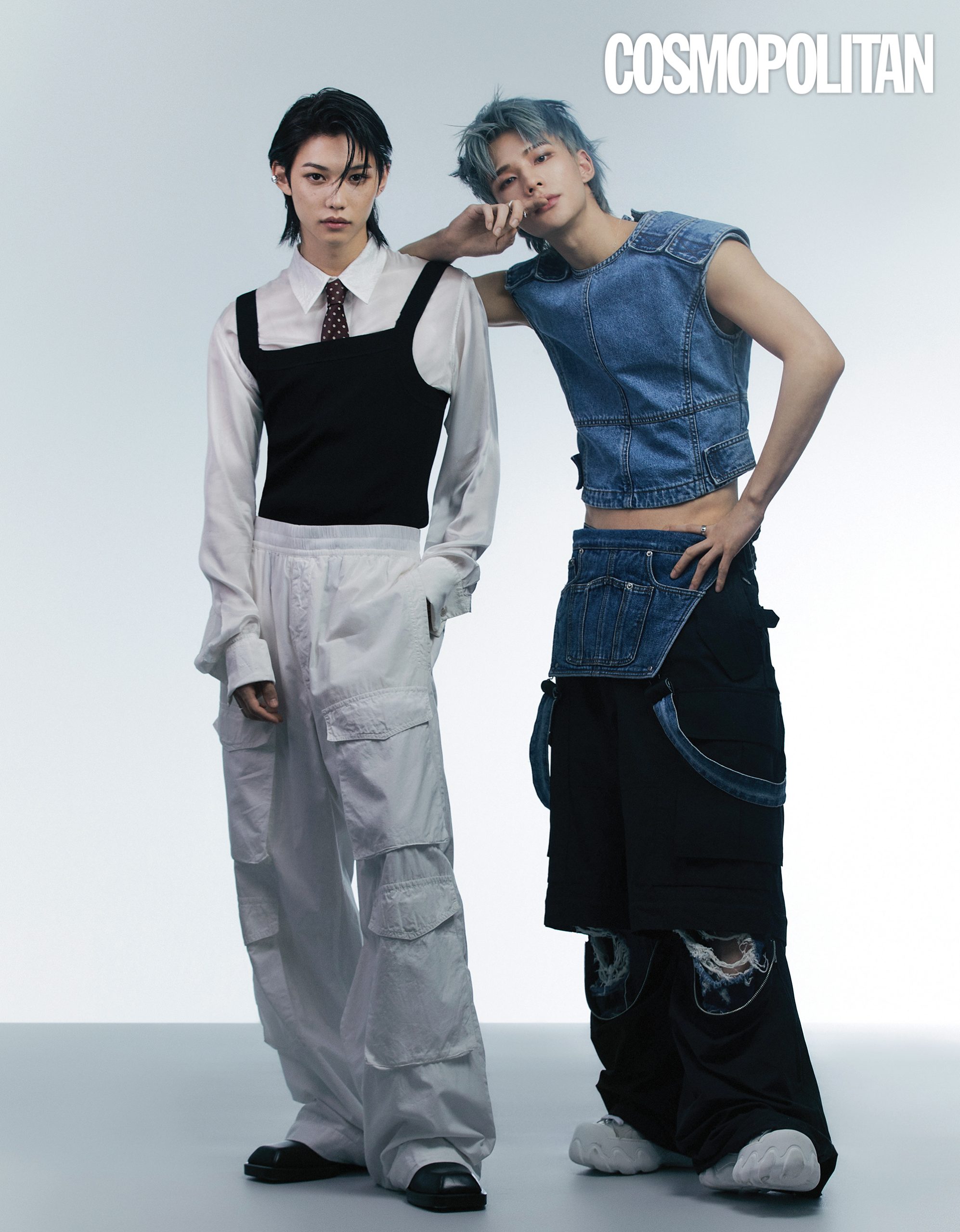 Next year, Stray Kids is already lined up for another world tour where they will visit Felix’s hometown in Australia. With a laugh, Felix commented, “I want to hurry and go stand on that stage with my members. My parents, relatives, and friends in Australia are all coming to watch. I’m proud to be able to show how much I’ve grown, but I’m honestly a bit nervous.”

When looking back on Stray Kids’ discography, there are a lot of songs about discovering one’s identity, wandering while trying to find direction, and proving one’s worth. Now, on their latest mini album “MAXIDENT,” Stray Kids has sang about love for the first time in a title track with “CASE 143.”

On what this was like, Hyunjin explained, “Since love is also something that derives from yourself, it’s growth and a continuation of the series where we thought about who we were. This was a love story that we were bound to do eventually, but since Stray Kids doesn’t like cliché things, we approached the case in our own way and released ‘CASE 143.’ We planned the performance to be unique and powerful and instead of the object of our affection, a heart monster comes out. This is the love story that we unraveled in our own way.” 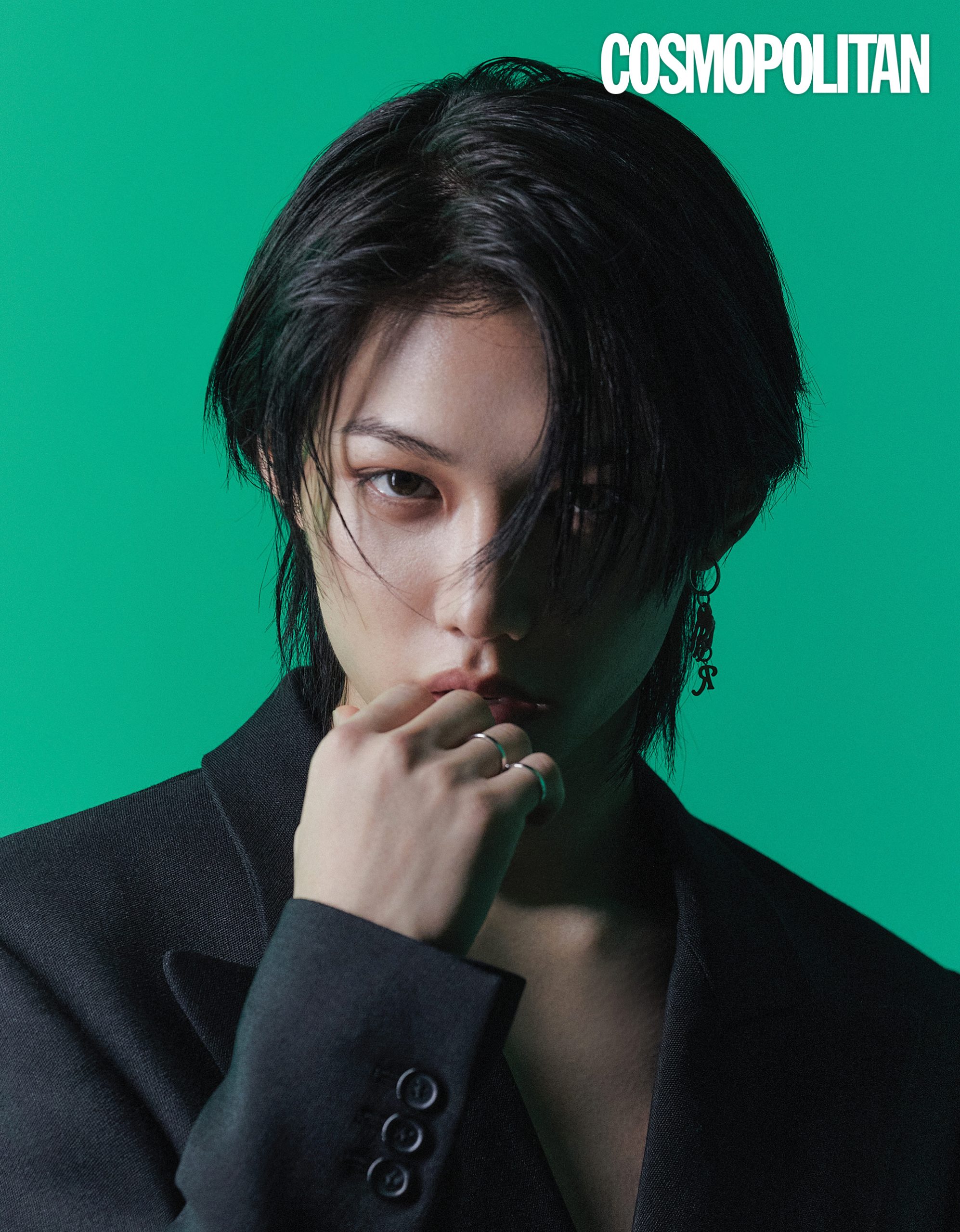 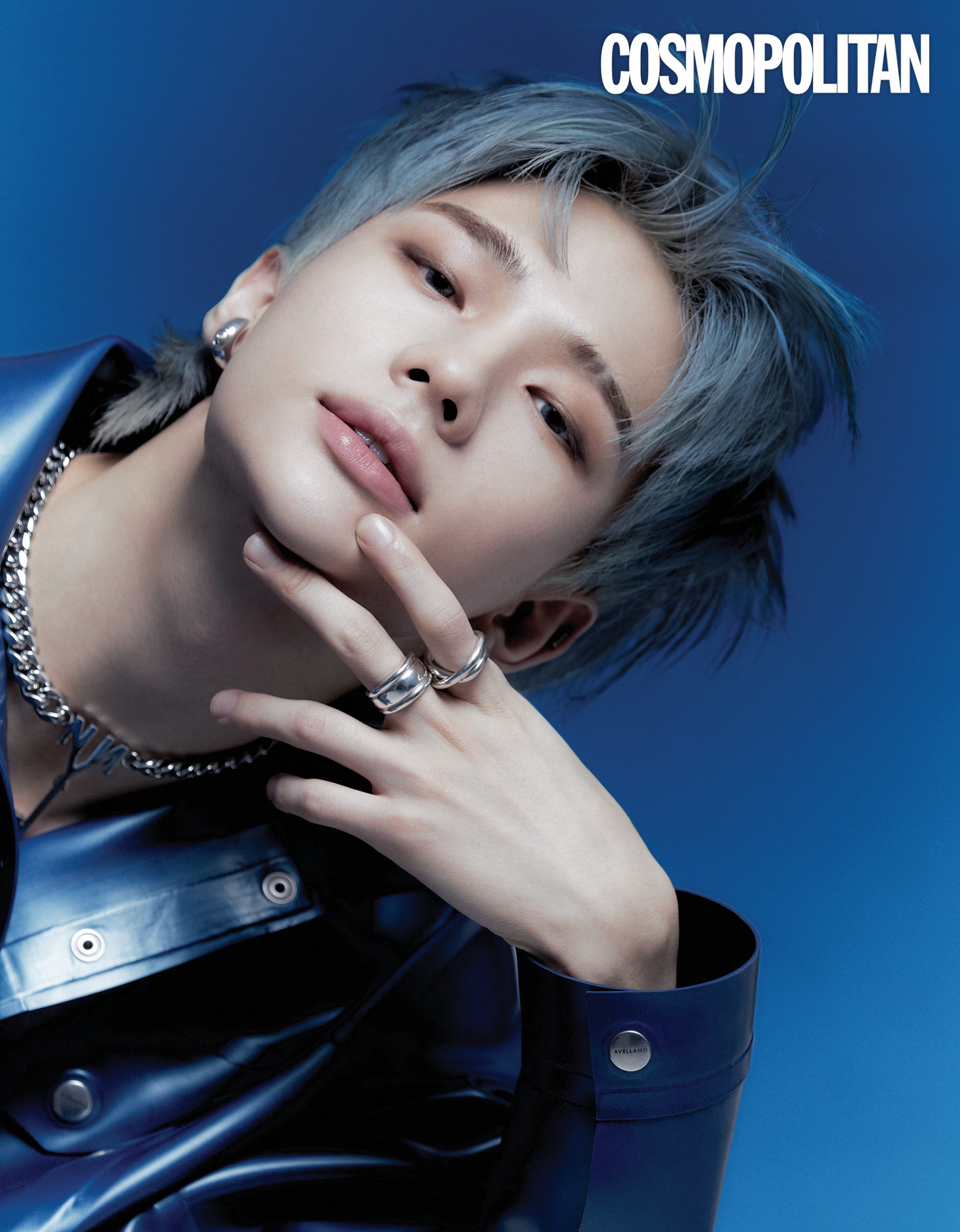 You can check out more of Felix and Hyunjin’s interview in Cosmopolitan’s upcoming January issue!

Stray Kids
Cosmopolitan
Felix
Hyunjin
How does this article make you feel?