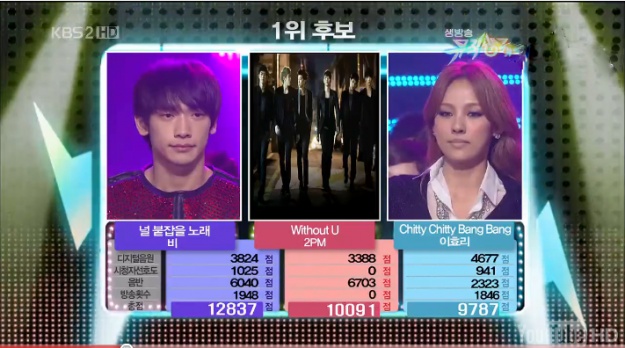 Rain has won Music Bank for the third week in a row on Music Bank, beating out the other recent comeback songs by 2PM and Hyori.

After not airing for the last four weeks, Music Bank has finally returned. With a number of artists comebacks since then, the performance lineup is much different from a month ago.

During those off weeks, SNSD’s “Run Devil Run” won the episodes that would have aired on April 2 and April 9 and Rain won the previous two weeks on April 16 and April 23.