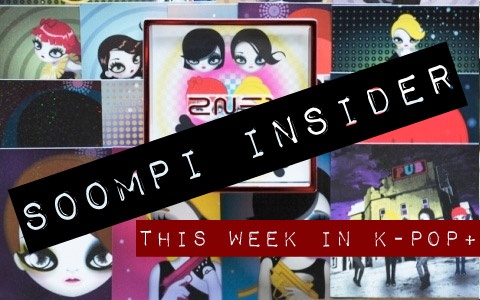 Of rain, body parts, and relationships – old and new. Oh, and music.

This week in South Korea was wet, wet, and wet, ranging from 3-hour commutes to deadly floods and landslides. We were shocked to hear that “Korea’s Little Brother” Yoo Seung Ho was involved in a serious car crash that resulted in fractures to his face, and Park Shin Hye’s continued recovery from last week’s accident resulted in last-minute rewrites for this week’s episodes of Heartstrings.

One of this week’s hottest stories on Soompi showcased the collarbones of many of our favorite celebs. Who knew the clavicle could be so sexy? We also learned the secret to our favorite ladies’ long, slender legs, how 2NE1’s Dara thinks she’s ugly, and how SNSD‘s “Princess Fiona” Hyoyeon is finally getting some love for her looks as Song Hye Gyo’s doppelganger.

Some old relationships came back into the spotlight, including Jaejoong tweeting about missing ex-DBSK bandmates Yunho and Changmin, A.N.Jell bandmates Park Shin Hye and Lee Hong Ki encouraging each other, and Kim Hyun Joong speaking candidly about his old flames. We celebrated Eugene’s wedding, and look forward to the possibility of a new hot couple when Jay Park confessed he wanted to be on We Got Married with Min Hyo Rin.

It would be remiss not to mention 2NE1 setting a record with 5-straight “all-kills” (topping every music chart) with their new single, “Ugly”. 2PM also had this year’s longest winning streak on Music Bank with their hit “Hands Up”. Super Junior comeback mania continued with the revealing of the rest of the teaser photos, ending with Heechul’s smoldering mad-hatter pose (check out our Super Junior Gallery to see some adorable chibi versions of the photos). T-Ara‘s “Roly Poly” reached #1 for the first week on Soompi’s own Weekly Music Chart.

“Farewell, City Hunter – you will be missed for all your epic bad-a$$ery, as well as your sweet and funny moments.”

“Hello, Scent of a Woman – you’ve already exceeded the 20% ratings mark with your first 2 episodes. I expect a lot from you over the next couple months.”

“Myung Wol the Spy – you are a ball of action, romance, and giggles. Your hallyu star, Eric, is ridiculous(ly handsome).”

“Dear Heartstrings, you are such a sweetheart, but I haven’t seen such abysmal ratings since Playful Kiss. It’s ok, because us fans outside of Korea love you.”

As you may know, the Goguma Couple (CN Blue’s Jung Yong Hwa + SNSD’s Seohyun from We Got Married), a.k.a. YongSeo, is extremely popular on Soompi, as evidenced by their related threads dominating our forums. Our member diannerz wrote a 17-point blog this week in support of why YongSeo is Real that’s received a lot of love from our community.

Here’s the rest of the week in a big fat nutshell:

Insooni is the R&B diva of Korea, with a career spanning over 30 years. Born to a Korean mother and African-American father, she is a distinguished pioneer of K-Pop who, while probably older than your mom, can shake her groove thing like no one’s business. As proof, I present to you the best SHINee‘s Ring Ding Dong cover EVER.

First off, last week’s winner is @chermaine2. Congrats! Message me on Twitter so I can send you the Dream High photo cards.

This week’s giveaway is a You’re Beautiful DVD Set (Region 1), one of my favorite K-Dramas ever. Since this is a serious giveaway, I’ll make you work for it just a little more (but not too much ^^).

Step 4: Leave a comment on this page, answering the question, “What was your favorite K-Pop moment this week?” Don’t forget to include your Twitter username so I can match up the winner.

That’s it! I’ll announce the randomly selected winner in next week’s edition of Soompi Insider. You are welcome to enter as many times as you’d like (Step 3) – tell a friend!

Pic spam of the week:

Here is the Ceej sporting a one-of-a-kind tracksuit made by a famous Italian designer who sewed the sequins on by hand, one by one.

Super Junior
2NE1
Eugene
Heartstrings
Soompi Insider
You're Beautiful
How does this article make you feel?