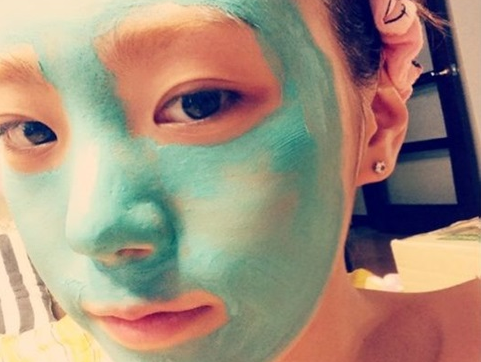 Another week has passed in the world of K-Pop and our stars are so faithful keeping us up to date with their lives! From Jang Geun Suk transforming into Batman to Sistar19 having a new addition, PSY and Justin Bieber rubbing shoulders and Leonardo Dicaprio promoting in Korea, lots of little bits of daily goodness are in store!

Maknae G-Dragon
On March 4, Big Bang’s G-Dragon wrote on his twitter, “I came to Jeju Island to film for ‘Thank You.’ I got to talk a lot with Cha In Pyo hyung, Kim Mi Hwa big nuna, Kang Soo Jin little nuna and I’m learning from them. Really like it! I’m a real maknae here, umm, what would be a great activity to do with them?”

Park Min Young’s Birthday Blessings
On March 5, Park Min Young wrote on her twitter, “Thank you everyone who wished me well on my birthday. I’m really really thankful.”

Elementary Student Huh Gak
On March 5, Huh Gak wrote on his twitter, “This was before recording ‘Open Concert.’ Stylist Yang Eun Jin said I look like an elementary student.”

Sulli’s Tease
On March 6, f(x)’s Sulli posted on her me2day, “We’ll probably see each other more often now, right? Us?”

PSY’s a Belieber?
On March 6, PSY posted a picture with Justin Bieber, “When was this?”

Awkward Sandara Nuna
On March 6, 2NE1’s Sandara Park wrote on her twitter, “Took a picture after watching ‘Joseph and the Amazing Technicolor Dreamcoat.’ It was really fun. Snapped a picture with Joseph’s Siwan. Awkward awkward..”

QT Qri
On March 6, T-Ara’s Qri posted on her twitter, “I’m sorry if I surprised you. Sleep well.”

Kangta’s Ready for Battle
On March 6, Kangta wrote on his twitter, “In the middle of practicing for the battle round. Please look forward to who will fill up the remaining spots on the team. I promise that the battle round will be daebak.”

Smitten Sean
On March 7, Sean posted on his twitter, “People sometimes call me a charity angel. That’s not true. I’m just a person who met an angel like Hye Young. Hye Young sent me this picture while she was at her filming ^^.”

Quiet Birthday Date
On March 7, F.T. Island’s Choi Jung Hoon wrote on his twitter, “I’m having a meal with Seungri on my birthday. Thanks. You, who put a lot of energy on your hair on my birthday. Is it your birthday?”

Child Actresses
On March 7, child actress Kim So Hyun posted on her twitter, “With valuable actress So Won~ Let’s try do something [a project] together.”

Antsy Actor
On March 7, actor Jung Suk Eun wrote on his twitter, “Currently filming for ‘You’re the Best, Lee Soon Shin.’ Since I’m in the middle of filming… middle of filming. Hahaha. Two days left! Please enjoy the premiere!” He later updated a post with “Waiting for filming to start.”

Hipster Couple
On March 8, Jay Park posted on his twitter, “Again with the miss.”