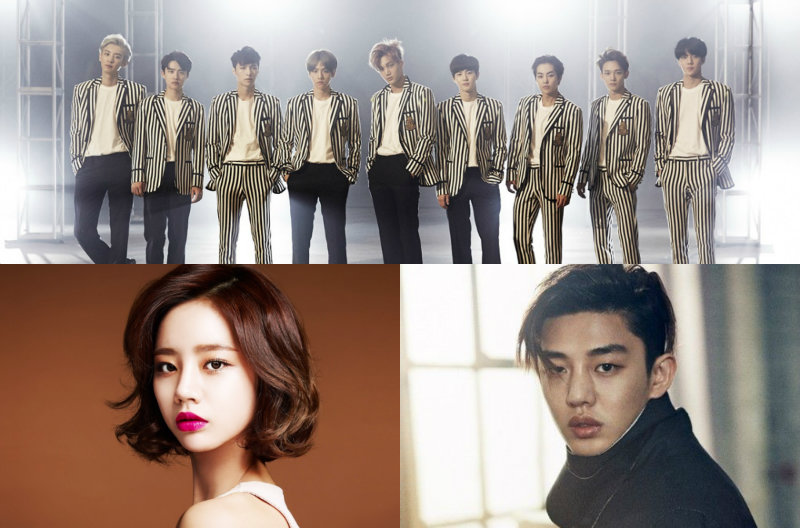 Forbes Korea releases their list of the “Top 40 ‘Power Celebrities of’ 2016.” The list is curated in consideration of sales, frequency of media exposure, and evaluation of expertise.

Idol boy group EXO tops the list for the second year in a row. This year, actor Yoo Ah In follows in second place, seeing success with the film “Veteran” and drama “Six Flying Dragons.” Girl’s Day member Hyeri is in third place, having starred in the hit cable drama “Reply 1988” and becoming a “Queen of CFs” with eight commercials filmed last year and 10 more coming up.

Girls’ Generation, sports star Kim Yuna, BIGBANG, and Yoo Jae Suk have been in this ranking for eight years in a row.

The interview with Hyeri and the profiles of the top 40 will be available in the March issue of Forbes Korea.