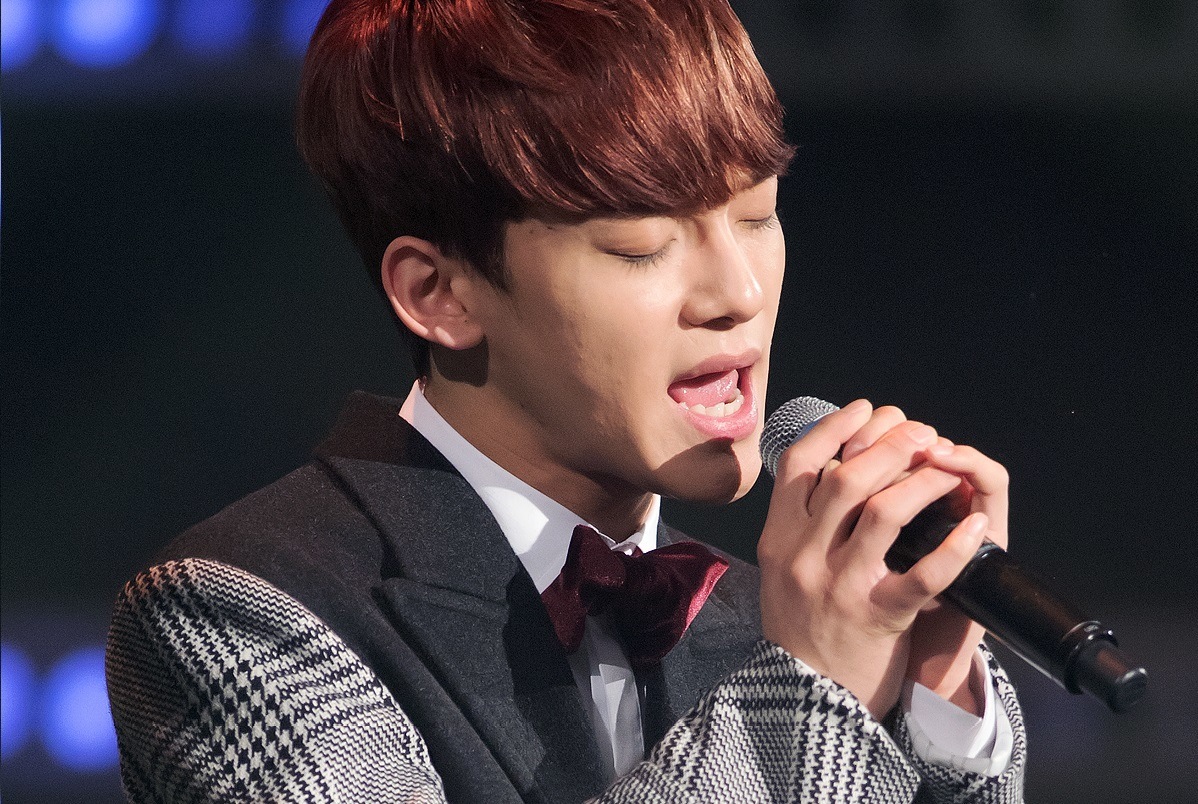 Live stages are definitely one of the best features of K-Pop. Not only do we finally get a clear look at a song’s choreography and concept outfits, but we also get to hear idols sing all the crazy high notes we heard on their official studio tracks.

No matter how many times we may have attempted those same notes in the shower, no one nails it quite as well as the actual idols themselves. In no particular order, here are 25 live stages where idols hit their high notes with ease.

High notes on top of high notes, Girls’ Generation’s Taeyeon slays them all in her live performance for solo single “I.”

Is it really a surprise that power vocalists MAMAMOO make this list? Always wowing us with both their killer stage presence and unrivaled vocals, MAMAMOO astounds once again in this performance of their 2014 debut single “Mr. Ambiguous.”

Tons of idols have covered this classic, but let’s face it: no one will ever surpass the original. Plus, who hits Changmin’s legendary high note better than Changmin himself?

There’s no question that Ailee’s an incredible singer. We could include all of her live performances in this list if we really wanted to. However, we’ll settle for her amazingly emotional performance of “What Do I Do?” on “Immortal Song 2.”

Jeon Jiyoon in 4minute’s “Volume Up”

“Volume Up” is not only one of 4minute’s most stylish comebacks, but it’s also a killer representation of the group’s vocal talents – especially Jiyoon’s high note that makes the song so memorable.

If the audience is any indication, you can probably guess that everyone loves this performance. Lee Hongki’s husky voice already melts our souls, but his cover of “Confession” shows how unbelievably talented he is.

Younha is the voice of all of our favorite anime openings, so it’s no surprise her Korean songs employ her incredible vocal range as well.

Even with tons of tiring choreography, B.A.P’s Daehyun still nails his high notes with ease in this 2013 performance of “One Shot.”

It’s pretty much law to sing along with Tiffany, Jessica, and Taeyeon’s triple succession of high notes every time “Mr. Mr.” gets played, right? As fun as it is to (try to) sing this one in the shower, it’s even better to hear the members hit the notes in their live performances.

A truly jaw-dropping performance, EXO’s Chen and Baekhyun flawlessly sang high notes we didn’t even know existed in their 2013 performance of “Really I Didn’t Know” on “Immortal Song 2.”

“I Love You” is still an iconic upbeat dance track, but we can’t ignore CL’s amazing high note right before the breakdown.

Any time Super Junior’s Kyuhyun, Ryeowook, and Yesung step out on stage, we know we’re in for the vocal performance of our lives. “Sorry Sorry Answer” is one of many flawless examples of their talent.

We could go on and on about Hyorin’s amazing vocal range, but we’ll just let her prove it herself in this phenomenal performance of “Destiny” above.

Can we really talk about high notes without mentioning IU’s “Good Day” performances? Just in case you need a refresher of how amazing IU’s three-part high note is, watch her sing it again in this 2010 performance.

We couldn’t thank “King of Masked Singer” enough for giving idols a chance to showcase their talent minus the idol stigma. B1A4’s Sandeul shows us exactly why no one should call idols untalented in his cover of “Emergency Room” above.

BTOB’s ballads over the past few months prove that they definitely aren’t just another idol group. Their vocal line could easily include the whole group, and we’re glad that the guys are finally getting the recognition they deserve. Watch them perform “Way Back Home” above.

Sure, we love how cute the choreography of “No No No” is. But can we talk about how effortlessly Jung Eun Ji hits all of her high notes? And she even manages to smile during it all, too.

One word: chills. Luna’s breathtaking performance not only brought both the audience and BEAST’s Dongwoon to tears, but it was also (another) example of her extraordinary vocal prowess.

When SM decided to form project group SM The Ballad with SHINee’s Jonghyun, Super Junior’s Kyuhyun, TRAX’s Typhoon, and former SM trainee (now member of Cube’s Pentagon) Jino, we knew that we’d be in for extreme vocal slayage. Almost five years later, and we’re still not over how perfect this performance was.

Being the legend that he is, Rain’s songs will always stand the test of time. “Love Song” is no exception. Not only does Rain pull off a sweet falsetto, but he also gives a pretty steamy performance. Relive the 2010 performance when you check out the video above.

Minah in Girl’s Day’s “Something”

Girl’s Day took the K-Pop world by storm when they dropped “Something” at the start of 2014, but Minah’s insane vocal ad-libs still keeps us coming back two years later.

Before VIXX wowed us with dynamic concepts, they were a freshly debuted rookie group just trying to make a name for themselves. Of course, when Ken and Leo are nailing high notes like this in a debut single, it’s no wonder why VIXX excelled to the renowned group they are today.

Jimin’s falsetto crooning is a signature feature in BTS songs, much like a verse from the group’s gifted rap line. Watch the group serenade their way into your heart with their performance of “Butterfly” above.

Though we’ll never know when Park Jimin and Baek Yerin will reunite for another 15& single, we’ll always have their powerful debut “I Dream” to look back on. The song alone is beautiful in itself, but the girls take it to a whole other level with their flawless live vocals.

A stellar performance by all of the members, Park Bom stuns with both her vocal range and her incredible execution of high notes in this performance from the group’s New Evolution tour.

BIGBANG will never let us forget “Fantastic Baby.” With Daesung’s crazy high note right before the chorus, why would we want to? Watch Daesung hit the famous note again in this 2012 performance.

Who do you think sings the best high notes live? Let us know in the comments below!

brookenicole writes from YG’s basement until her (indefinitely) postponed debut. You can find her on Twitter here.