In a recent interview, Kim Jae Kyung talked about her time as a member of Rainbow and the upcoming 10th anniversary of their debut.

On September 30, the idol-turned-actress sat down to discuss her drama “Bad Papa,” which came to an end earlier this week. During the interview, she addressed the fact that Rainbow will be celebrating the 10th anniversary of their debut in 2019.

Although Rainbow technically disbanded in 2016 following the expiration of their contracts with DSP Media, the famously close-knit group has maintained their strong bond in the years since, and several of the group‘s members have mentioned that they feel uncomfortable using the word “disbandment.”

Kim Jae Kyung remarked, “Next year is the 10th anniversary of our debut, and I think we did a good job surviving up until now. I’m proud of the fact that I survived for 10 years in this industry.”

She went on to explain, “When I first started out as a trainee, our managers and teachers motivated us by saying, ‘If you manage to survive for 10 years in this industry, then you’ll be able to keep going for a long time. But will you even be able to make a start? Forget about one year; you won’t even make it through one day.’ But I managed to debut and am already in my 10th year [as a celebrity], and I’m proud of the fact that we’ll be celebrating the 10th anniversary of our debut next year.”

Kim Jae Kyung revealed that the other Rainbow members had also expressed similar sentiments, recalling, “The other members and I told each other, ‘We survived for 10 years. We’ve worked hard up until now, and now we’ll be able to make a living in this industry for the rest of our lives.”

When asked if she had any regrets about the time she spent as a member of Rainbow, Kim Jae Kyung firmly stated that she considered her experience as an idol to be invaluable.

“Each and every year [of my career up until now] was a busy and meaningful one,” she said. “I think that it’s because of those times that I was able to become the person I am today.

“Some people have told me, ‘You should have just started out as an actress instead of an idol,’ but if I hadn’t spent that time as a member of Rainbow, then the person I am today wouldn’t exist.” 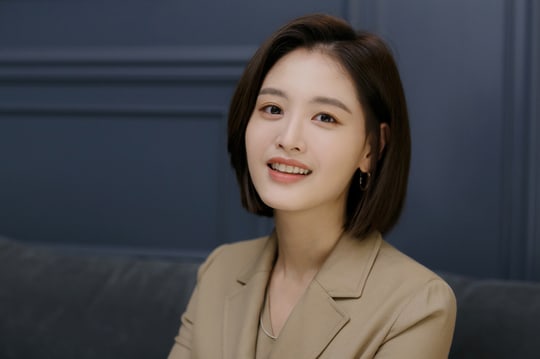 MBC’s “Bad Papa” aired its finale on November 27. If you haven’t already seen it, check out the final episode with English subtitles below!

Kim Jae Kyung
Rainbow
How does this article make you feel?