“Produce X 101” topped the list of most buzzworthy non-drama TV shows for the 10th consecutive week, claiming 29.04 percent of the total buzz from non-drama programs.

Contestants of the survival program once again placed in the top three of most buzzworthy cast members. Kim Woo Seok maintained his position at No. 1, and Kim Yo Han and Cho Seung Youn rose to take No. 2 and No. 3, respectively. Han Seung Woo and Lee Eun Sang also placed in the top 10.

“Law of the Jungle” placed No. 3 after generating significant buzz due to controversy over illegal hunting of endangered clams on a recent episode.

TV Chosun’s “Taste of Dating” also gained attention when it was revealed that cast members Oh Chang Suk and Lee Chae Eun are in a real relationship. 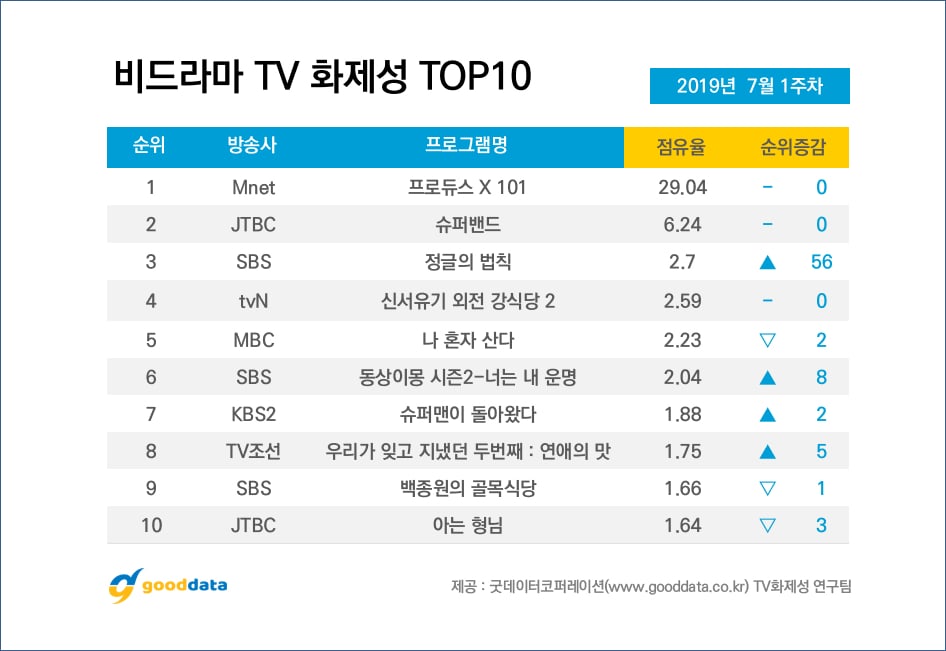 The top 10 cast members who generated the most buzz are as follows: 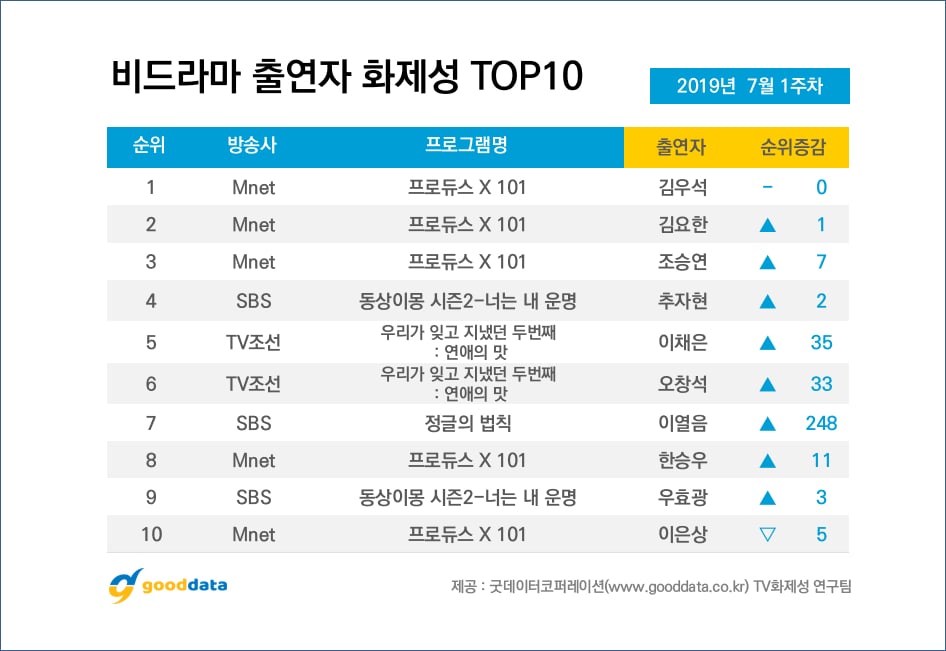