On July 16, Good Data Corporation released the rankings of the non-drama television programs and cast members that generated the most buzz from July 8 through July 14. The results were gathered based on online articles, blog posts, community forums, social media, and views on video clips for non-drama television programs that are currently on air or are scheduled to air.

“Produce X 101” topped the list of most buzzworthy non-drama TV shows for the eleventh consecutive week, accounting for 27.69 percent of the total buzz from non-drama programs.

Contestants of the survival program took more than half of the spots on the ranking of most buzzworthy cast members. Choi Byung Chan rose to No. 1, most likely due to news of his departure from the show. Kim Woo Seok, who had maintained a long streak at No. 1 for several weeks, fell one spot to No. 2.

The finale of “Super Band” gave the show a boost to achieve its highest personal score and maintain it’s No. 2 spot.

Other noteworthy cast members were Lee Hyori from her new variety show “Camping Club,” ITZY on “Ask Us Anything,” and Sung Hoon on “I Live Alone.” Lee Yul Eum from “Law of the Jungle” was also on the list due to a controversy involving the show’s cast members hunting endangered clams in a recent broadcast. 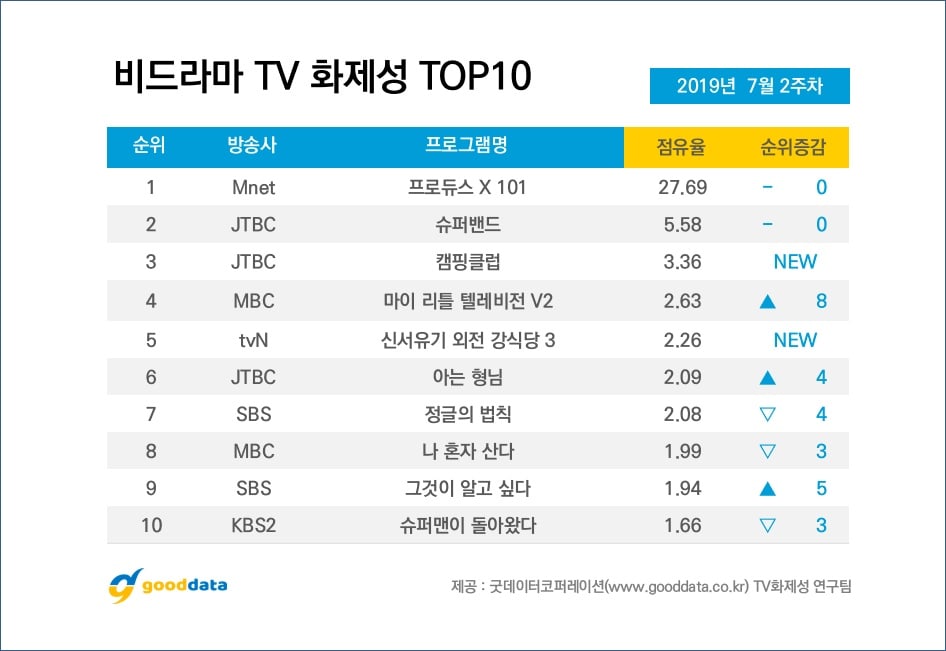 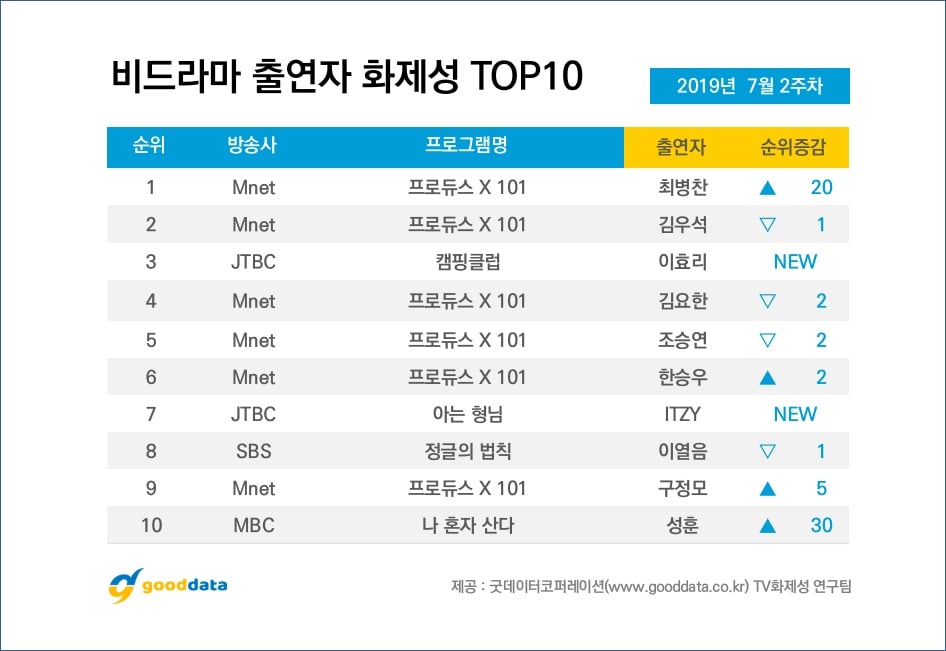 Vote in the final round of our “Produce X 101” International Prediction Polls here!