On July 18, the members shared photos from their hangout.

Seohyun posted photos of her with Hyoyeon, YoonA, Taeyeon, Yuri, and Sooyoung on her Instagram Stories. She added, “Girls’ Generation sudden gathering. We miss Tiffany and Soon Kyu (Sunny‘s real name).” She also commemorated their reunion with the dates. 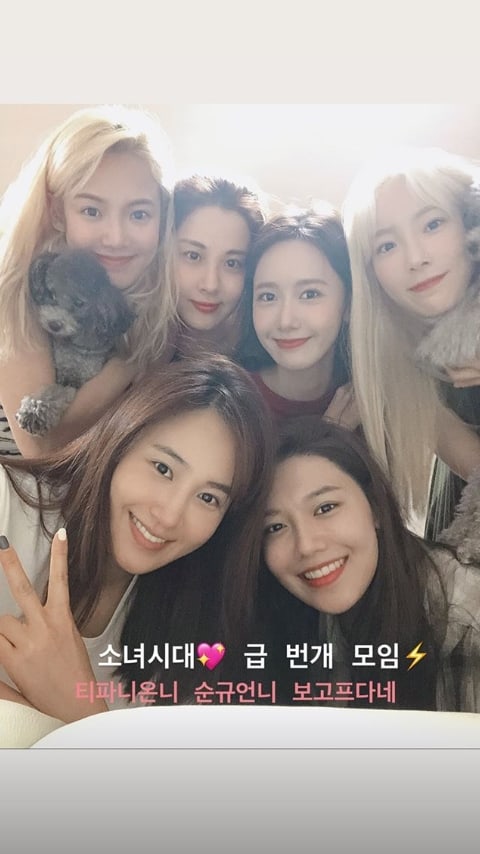 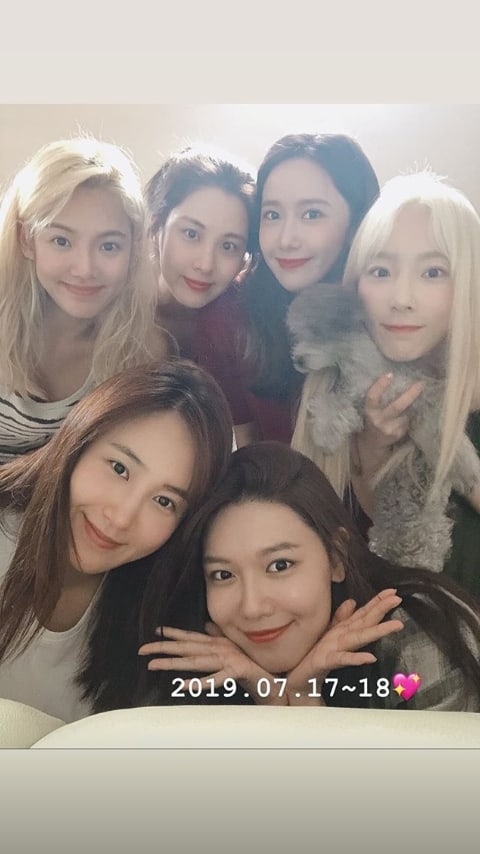 On her Instagram Stories, Sooyoung shared a photo of Lady Gaga with the caption “Gaga unnie” and a screenshot of Fin.K.L’s reality show “Camping Club” with “Fin.K.L unnies.” She then posted a photo of her with Hyoyeon, Sooyoung, YoonA, Taeyeon, and Yuri with the words, “We’re also someone’s Girls’ Generation unnies.” 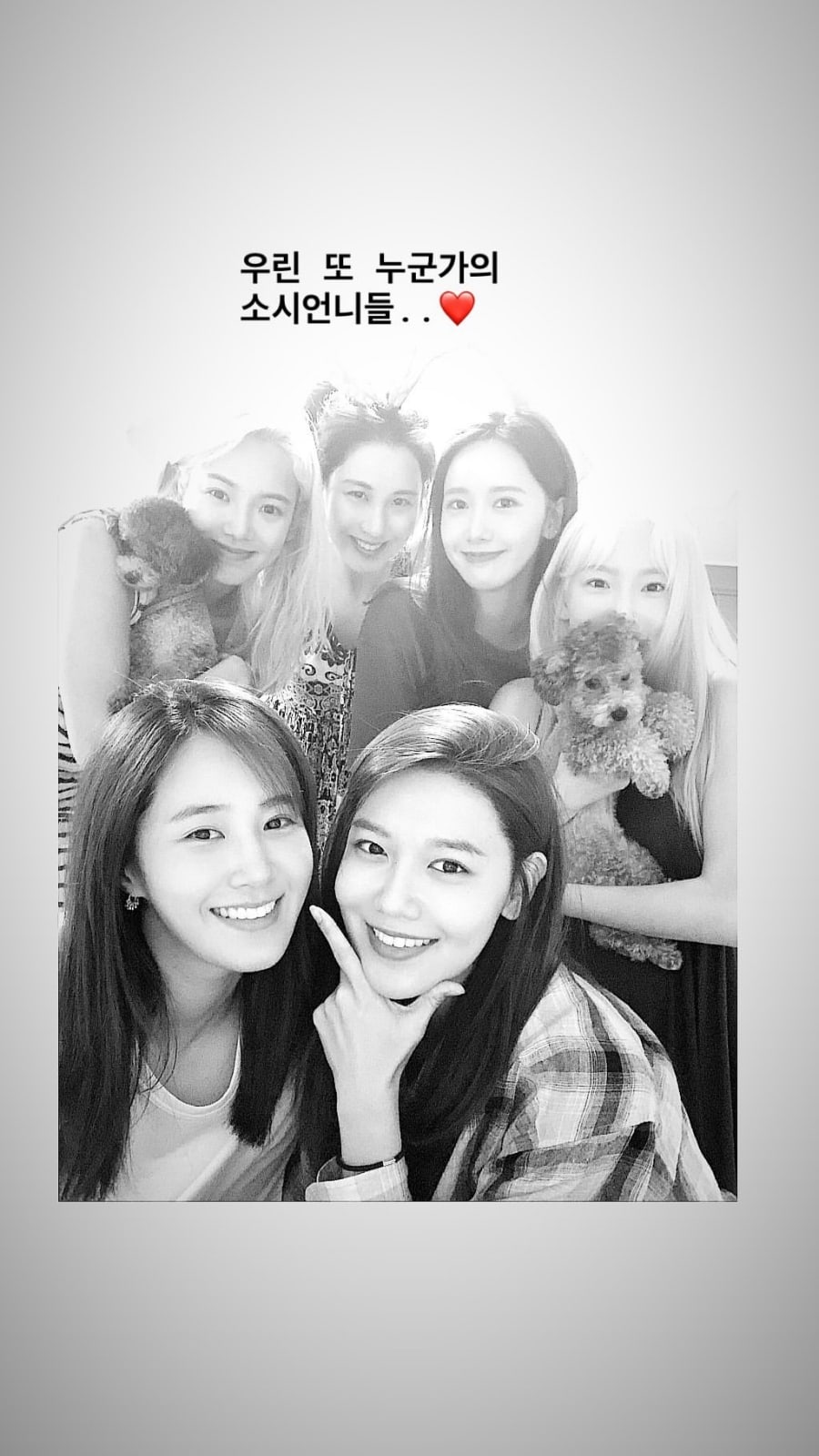 The Girls’ Generation members have been busy with individual promotions. YoonA is starring alongside Jo Jung Suk in the upcoming film “E.X.I.T,” and Taeyeon will be singing a song for the soundtrack of tvN’s “Hotel Del Luna.” Seohyun is expanding her acting experience after signing with Namoo Actors, and Hyoyeon will be making a comeback as DJ HYO.

Tiffany recently announced her first North American solo tour and will be making a comeback with her single “Magnetic Moon.” Sooyoung recently starred in the film “Girl Cops” and signed with Saram Entertainment. Sunny is currently appearing in JTBC’s “Shall We Chicken,” while Yuri appeared in her first play “Grandpa Henri and I.”