dataSpring Korea recently conducted a survey from January 13 to 17, with approximately 31,000 people who were at least 14 years old, regarding which celebrity they would want to have at their Lunar New Year family gathering. Actor Gong Yoo took the No. 1 spot for the survey.

Following his debut, Gong Yoo continued to draw fame, especially for his roles in MBC’s “Coffee Prince” and tvN’s “Goblin.” Furthermore, he showcased his acting skills through numerous films including “Finding Mr. Destiny,” “Silenced,” “The Suspect,” “A Man and a Woman,” “Train to Busan,” “The Age of Shadows,” and “Kim Ji Young, Born 1982.” 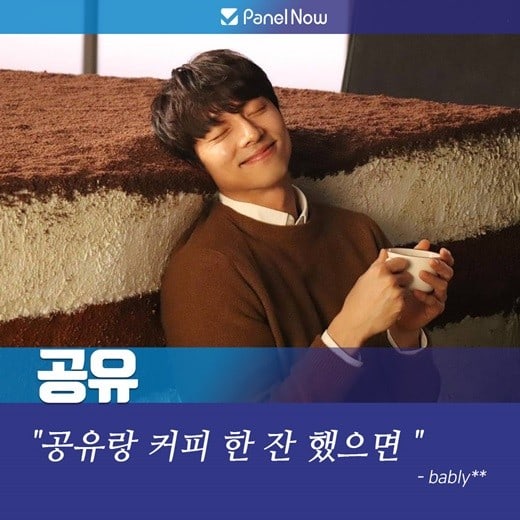 In second place for the survey was Yoo Jae Suk. The MC won the Grand Award (Daesang) for the 2019 SBS Entertainment Awards, and he won Rookie Award for Variety for the 2019 MBC Entertainment Awards as Yoo San Seul (Yoo Jae Suk’s trot singer alter ego). While promoting as the trot singer Yoo San Seul for MBC’s “How Do You Play?” Yoo Jae Suk finally received his first Rookie Award in 29 years since his debut.

Following Gong Yoo and Yoo Jae Suk was Kang Ha Neul, who recently starred in the popular KBS 2TV drama “When the Camellia Blooms,” and Park Na Rae, who recently won the Grand Award for the 2019 MBC Entertainment Awards. IU came in fifth at 11.9 percent, and after the “others” category, Jung Hae In followed with 7 percent. Son Ye Jin and Hyun Bin from “Crash Landing on You” were also on the list with 4.2 percent and 4.1 percent respectively, followed by Lee Hyori at 3.9 percent. 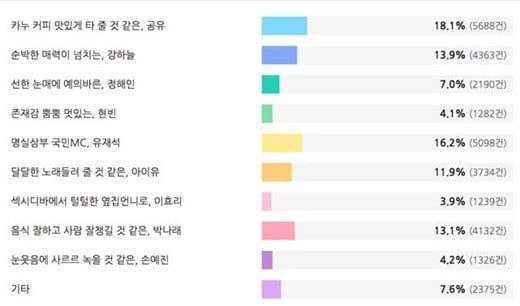 dataSpring has approximately 3 million members total in their online survey panel from 11 Asian countries including Korea, China, Japan, Taiwan, Hong Kong, Singapore, Indonesia, Vietnam, Thailand, Malaysia, and Philippines with about 300,000 members in their Korean panel. Members can gain points from answering survey questions, and use the points to donate to Good Neighbors.

Watch a recent episode of “How Do You Play?” below!