Spring is officially here. Besides flowers blossoming, love is also in the air! China recently celebrated 520 aka Valentine’s Day on May 20. Although it isn’t an official holiday, it is widely celebrated by millennials and young adults. 520 was created on the internet and is based on the Mandarin pronunciation of “five-two-zero,” which sounds similar to “I love you.” To celebrate the special occasion, here are some of my top favorite Chinese and Taiwanese drama couples and their amazing love stories. Check them out below! 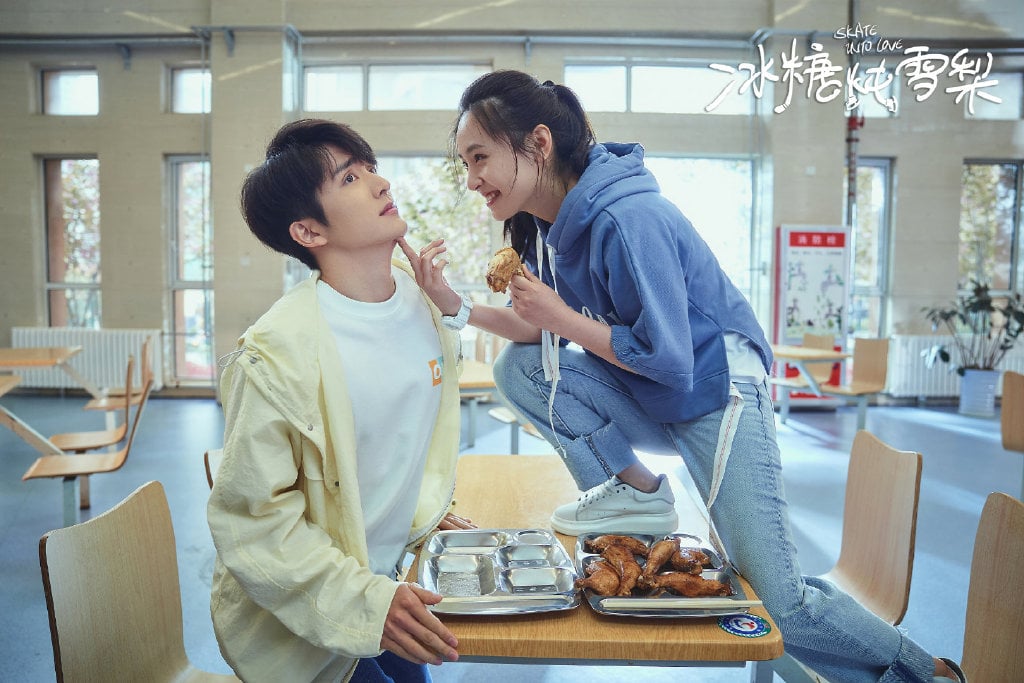 “Skate Into Love” is a sports romance drama about a pair of childhood frenemies who share big dreams on the ice. Tang Xue (Wu Qian) is a former speed skater who quit the sport after a horrible injury. She meets Li Yu Bing (Zhang Xin Cheng), her former desk-mate from elementary school, at Lin Cheng University and he is now the school’s star ice hockey player. After Li Yu Bing recalls how Tang Xue used to bully him during their childhood, he pulls some strings to get Tang Xue to become his assistant as a form of revenge. But as the two spend time together, Li Yu Bing realizes that his courage and love of hockey was heavily influenced by Tang Xue from their youth. In turn, Li Yu Bing rekindles Tang Xue’s dreams of speed skating and to pursue it again. 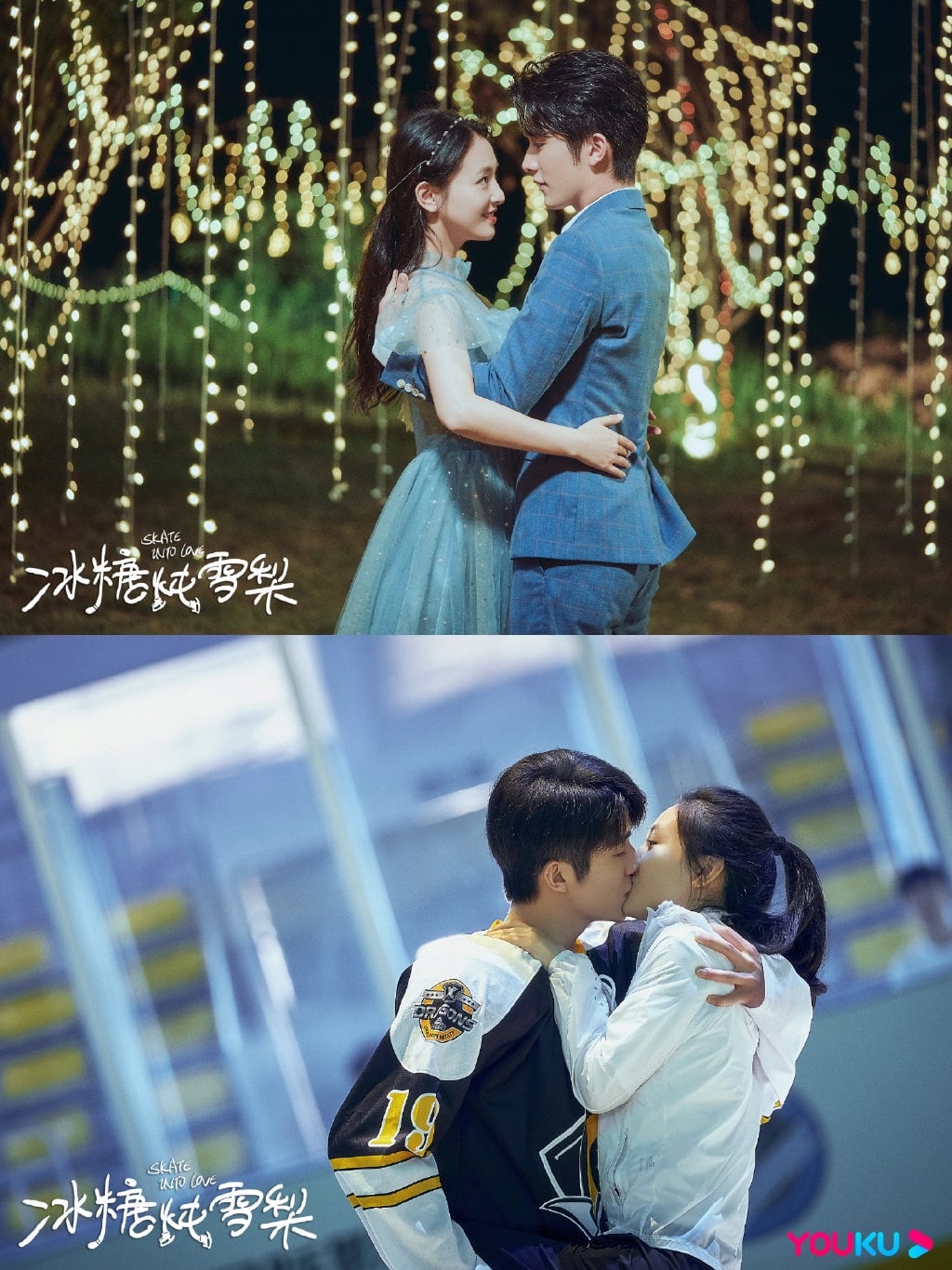 Tang Xue and Li Yu Bing’s romance can be described as bickering friends who transition from genuine care into love. Their love story is equally inspiring and empowering as they constantly support and push each other to grow in their respective dreams. As athletes, they both understand the difficulties and huge sacrifices needed to be made to pursue their goals and how much their dreams mean to each other. Even though our OTP is both strong and independent as individuals, it’s extremely heartwarming to see Tang Xue and Li Yu Bing encourage other during challenging times and improve and grow throughout their journey.

Someday or One Day 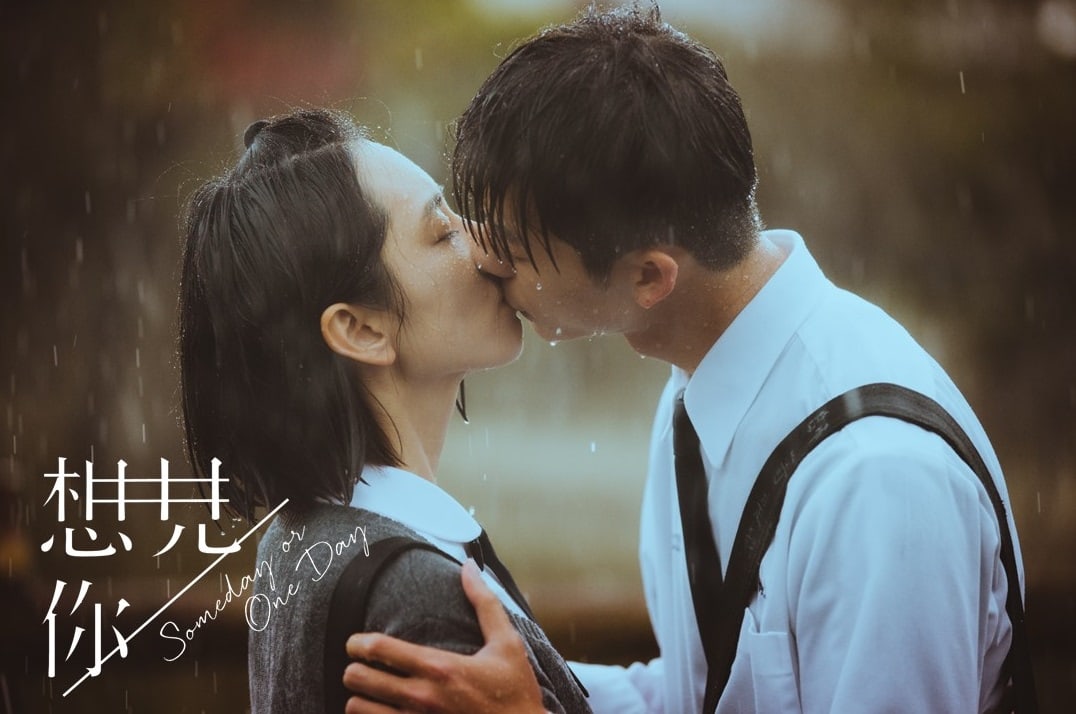 The romance drama “Someday or One Day” is touted as one of the best Taiwanese dramas, with viewers applauding it for its brilliantly written script and emotionally gripping storyline. The story begins in 2019 and follows 27-year-old Huang Yu Xuan (Alice Ke) who grieves the loss of her long-time boyfriend Wang Quan Sheng (Greg Hsu), who died in a plane crash. One day, Yu Xuan wakes up in 1998 in the body of 17-year-old Chen Yun Ru, who is hospitalized after suffering from a head injury. The big twist is that Yu Xuan looks exactly like Yun Ru, and she meets her schoolmate Li Zi Wei, who looks exactly like her boyfriend Wang Quan Sheng. Trapped in the past and living another person’s life, Yu Xuan discovers that Chen Yun Ru’s injury was not an accident and seeks to find the culprit. Meanwhile, Li Zi Wei finds himself strangely drawn to this “new” Chen Yun Ru, despite his best friend Mo Jun Jie (Patrick Shih) having a long-time crush on her. 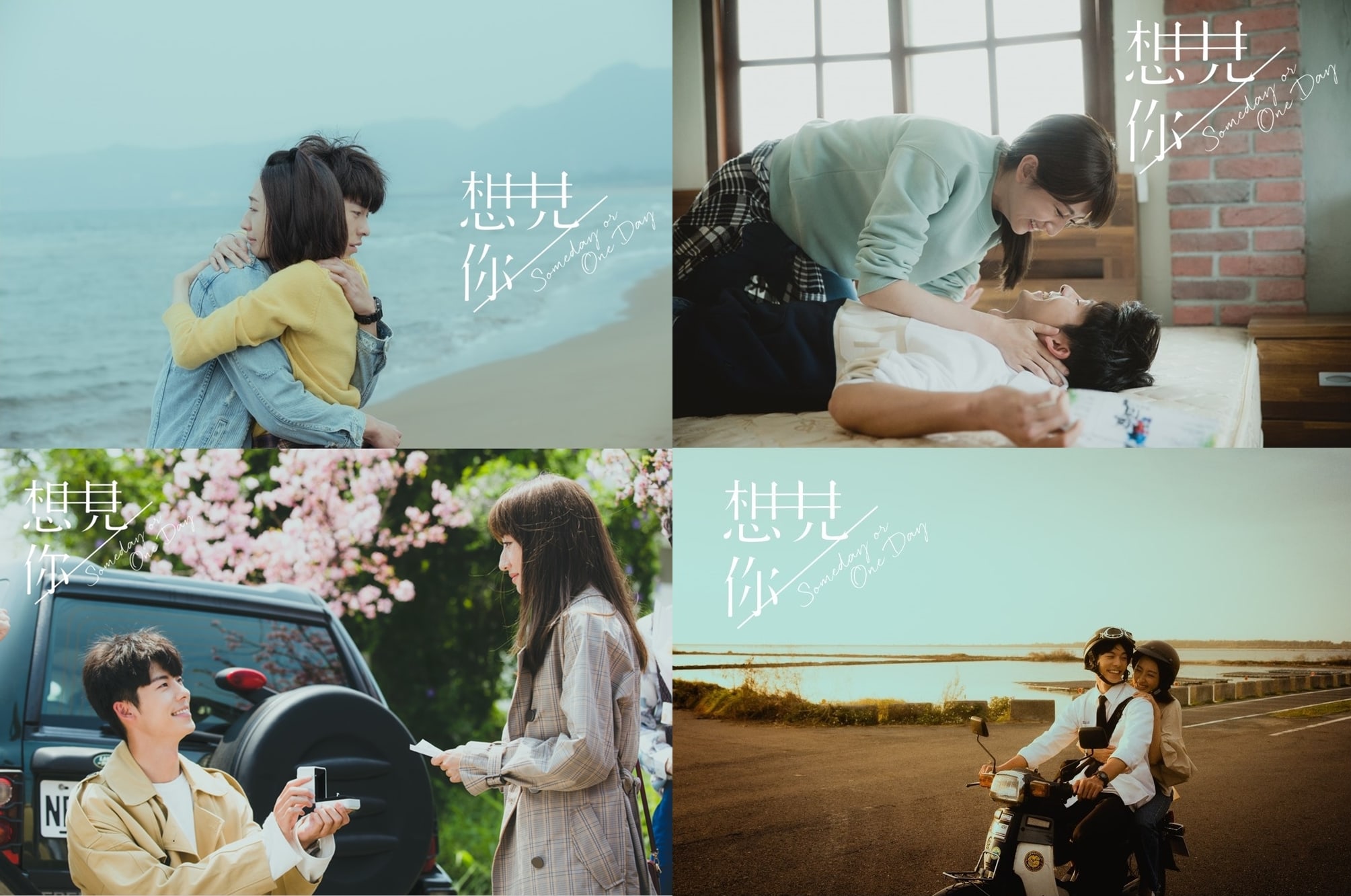 Without giving away spoilers, as the drama is also a suspense-thriller, Yu Xuan and Quan Sheng’s love story can be described as an incredibly touching one that transcends both time and space. Their relationship can be illustrated by this poignant line from Li Zi Wei: “Only if you ask to see me, our meeting would be meaningful to me.” It shows that our couple is both dedicated to maintaining their relationship by unconditionally waiting for each other to protect their precious love. Their never-ending patience and longing for each other show just how powerful true love is.

Start watching “Someday or One Day”: 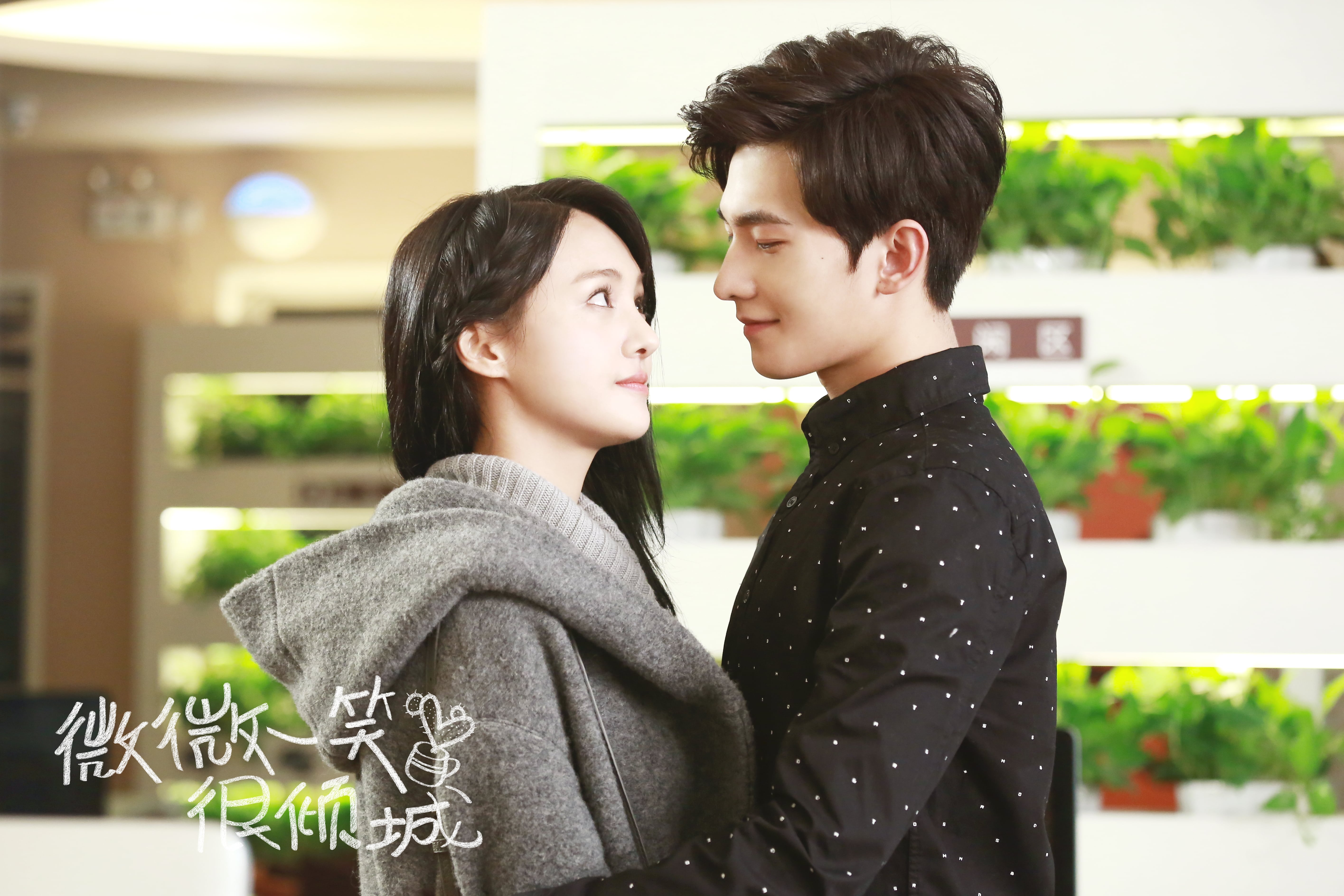 This list would not be complete if we did not include the ultimate C-drama couple, Xiao Nai and Bei Wei Wei from “Love O2O.” The 2016 e-sports romance drama stars Zheng Shuang who plays Wei Wei, a computer-science goddess who aspires to be an online game developer. Besides being known for her beauty and brains, she is also the only female in the list of the 10 best players in the popular role-playing game “A Chinese Ghost Story.” Wei Wei catches the eye of her university senior and gaming expert Xiao Nai (Yang Yang) for her impressive gaming skills at a gaming PC cafe. Later on, Wei Wei receives a message in the game from the number one player, Yixiao Naihe (Xiao Nai), and their love story unfolds from online to offline. 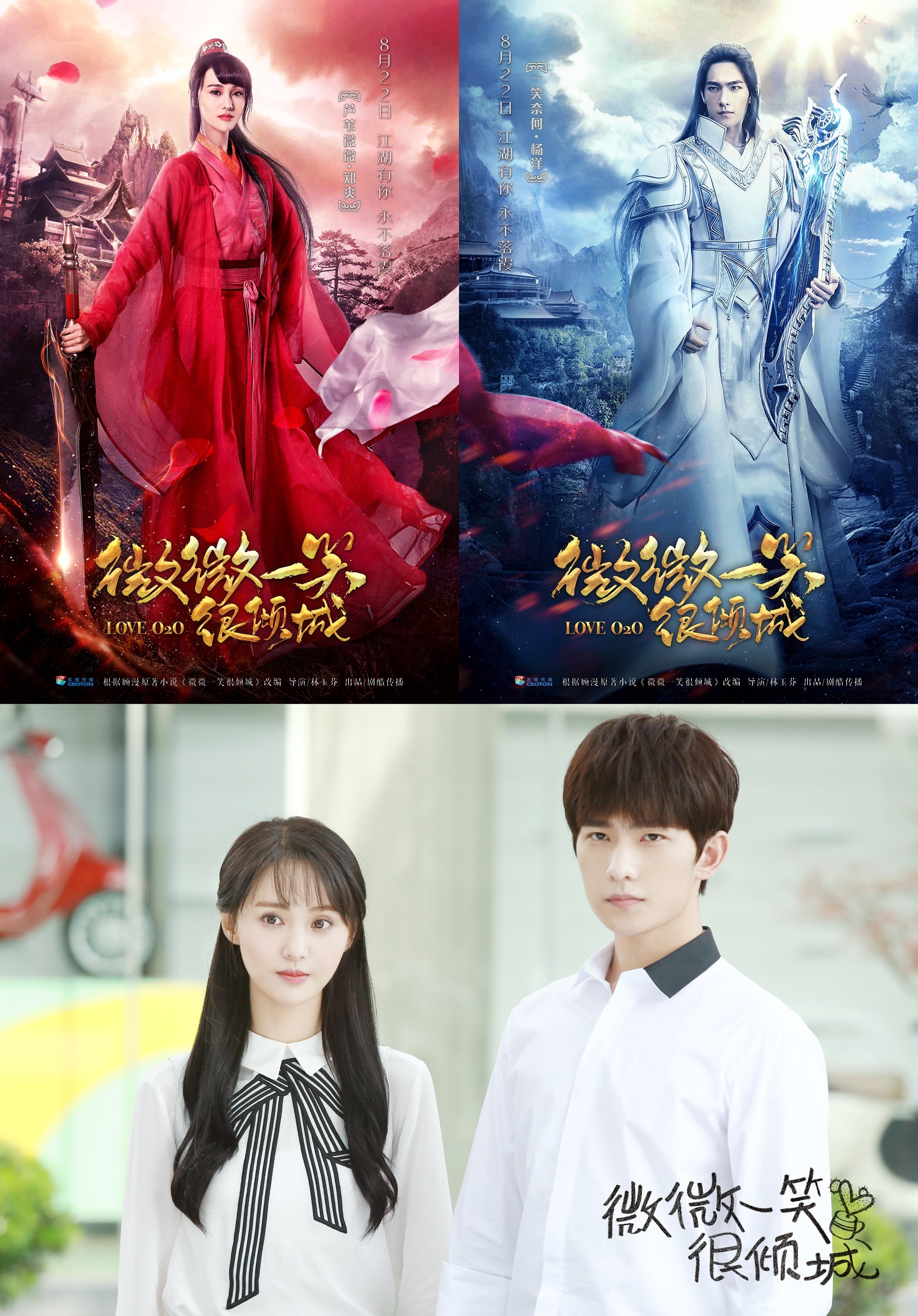 Chinese drama fans will all agree that Xiao Nai and Wei Wei are the ultimate power couple. Not only are they perfectly matched when it comes to their gorgeous visuals and intellect, but they are a refreshing pairing as they do not give into traditional drama cliches or plot devices filled with misunderstandings and break-ups. Instead, the two unconditionally respect, trust, and support each other. Whenever any issues arise, they always make sure to communicate and resolve problems together. They handle bad situations with class, confidence, and utilize their intelligence to defeat their enemies both in-game and in real life. They are truly couple goals! 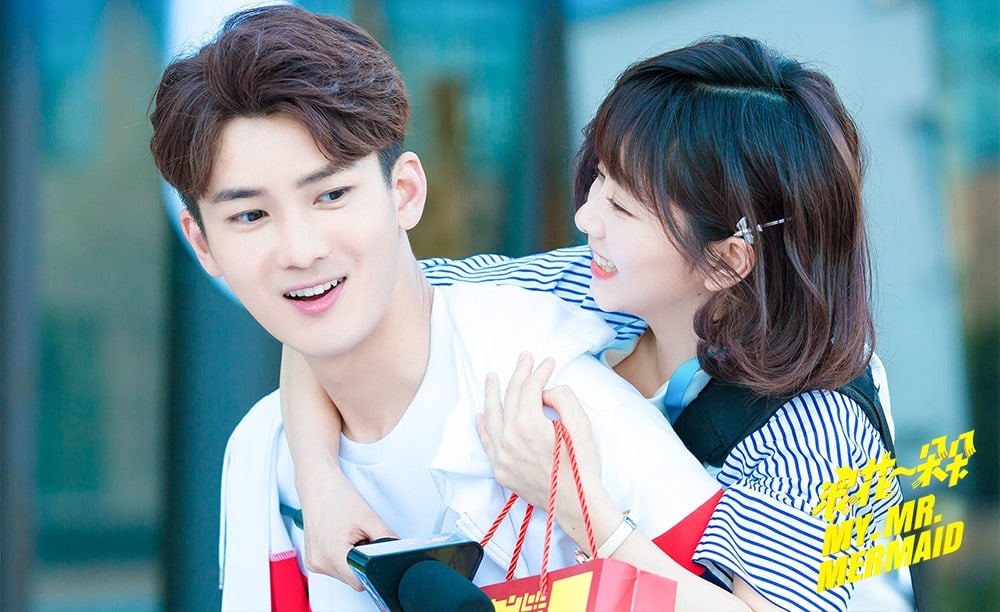 My Mr. Mermaid is a Chinese sports romantic-comedy drama starring Dylan Xiong as Tang Yi Bai, a former swimming champion who falls from grace after being wrongly accused of doping. His swimming career is hindered and after a four-year hiatus, he makes his grand comeback at South Physical Education College. Tan Song Yun stars as Yun Duo, a novice sports reporter who is in charge of the news coverage of local college swimming competitions. She meets Tang Yi Bai at his swimming competition and an unlikely friendship and romance develops as Yun Duo encourages Yi Bai to prove his innocence in his past drug scandal and helps him to reclaim his swimming glory. 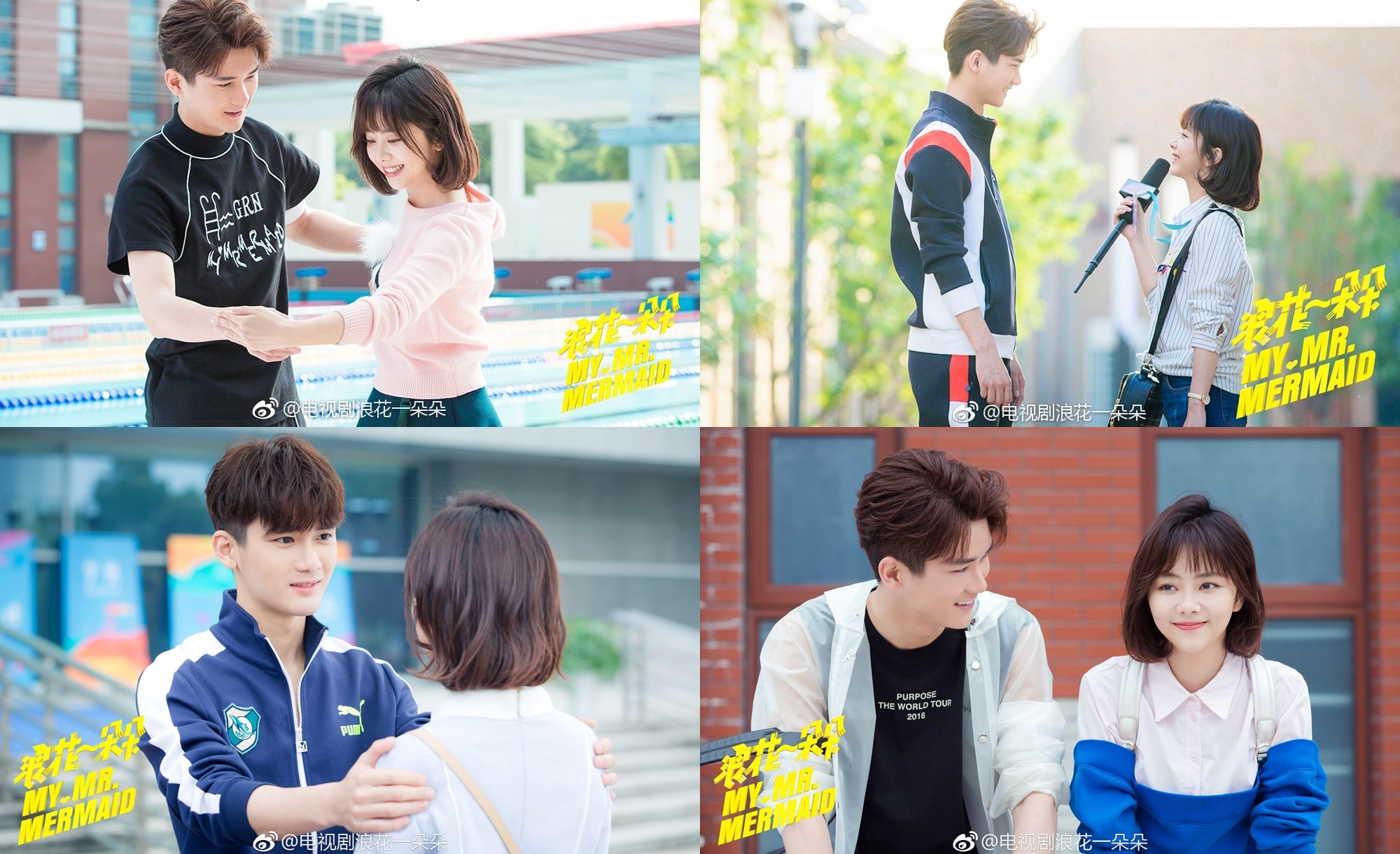 Tang Yi Bai and Yun Duo’s love story can be described as warm sunshine radiating on a summer day. They have an instant mutual attraction towards each other when they first meet. Their relationship is a slow burn as they start off as great friends and it gradually blossoms into love. It’s an unlikely pairing, as the two have conflicting careers of being an athlete and a journalist. But despite their differences, they support and push each other to do their best when it comes to their careers and aspirations. 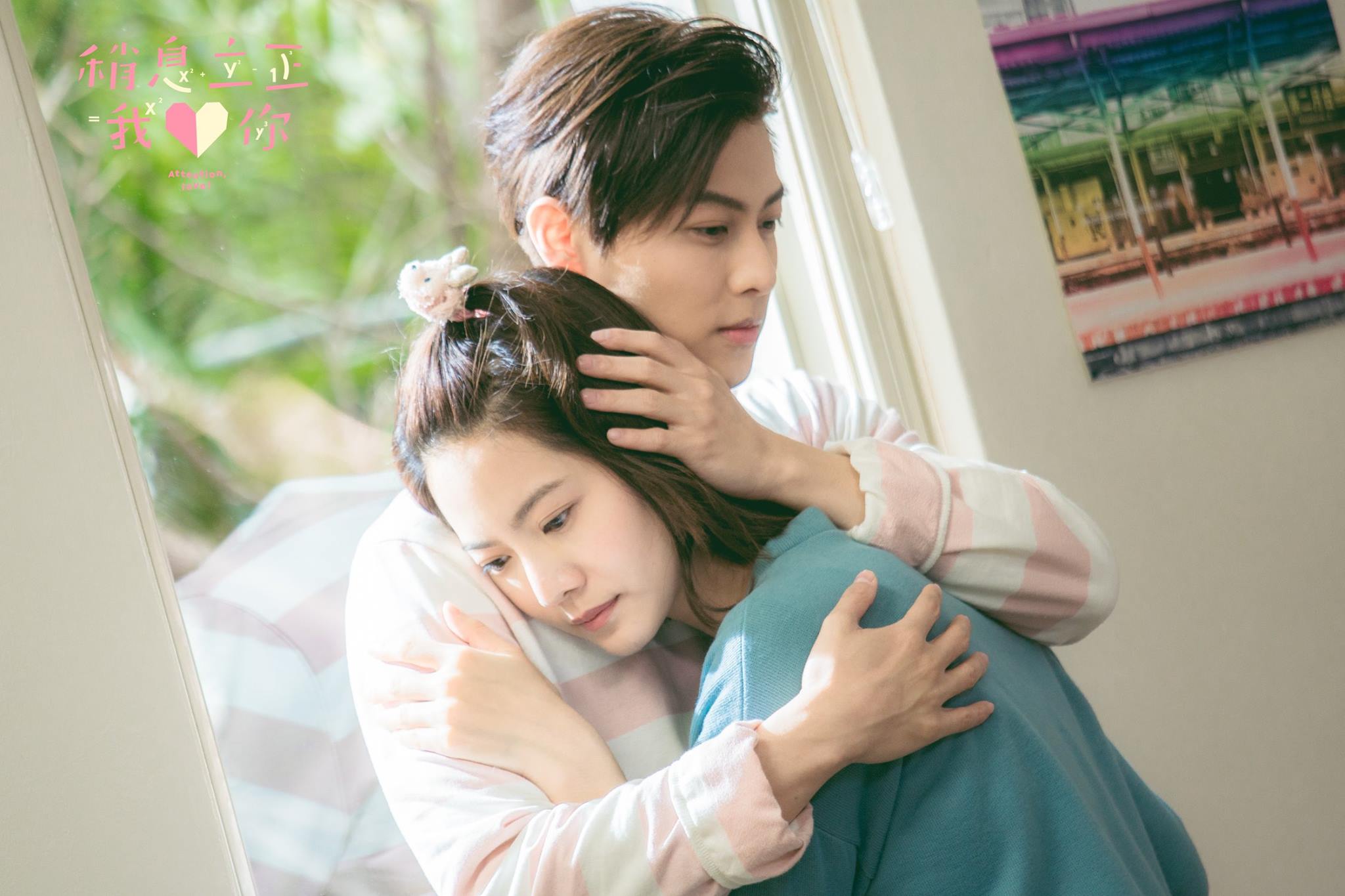 Taiwanese drama “Attention, Love!” features the love story of a boy and girl who were fated to be together since birth. A pair of best friends each had a child. One named their son Li Zheng (Wang Zi), which means “attention,” and the other named their daughter Shao Xi (Joanne Tseng), meaning “at ease” based on military vocabulary. The two grow up to embody their names: Li Zheng is studious and attentive to everything around him while Shao Xi has a more laid-back and relaxed approach to life. The destined pair meet for the first time in high school when Li Zheng returns to Taiwan from Japan and ends up living with Shao Xi’s family. 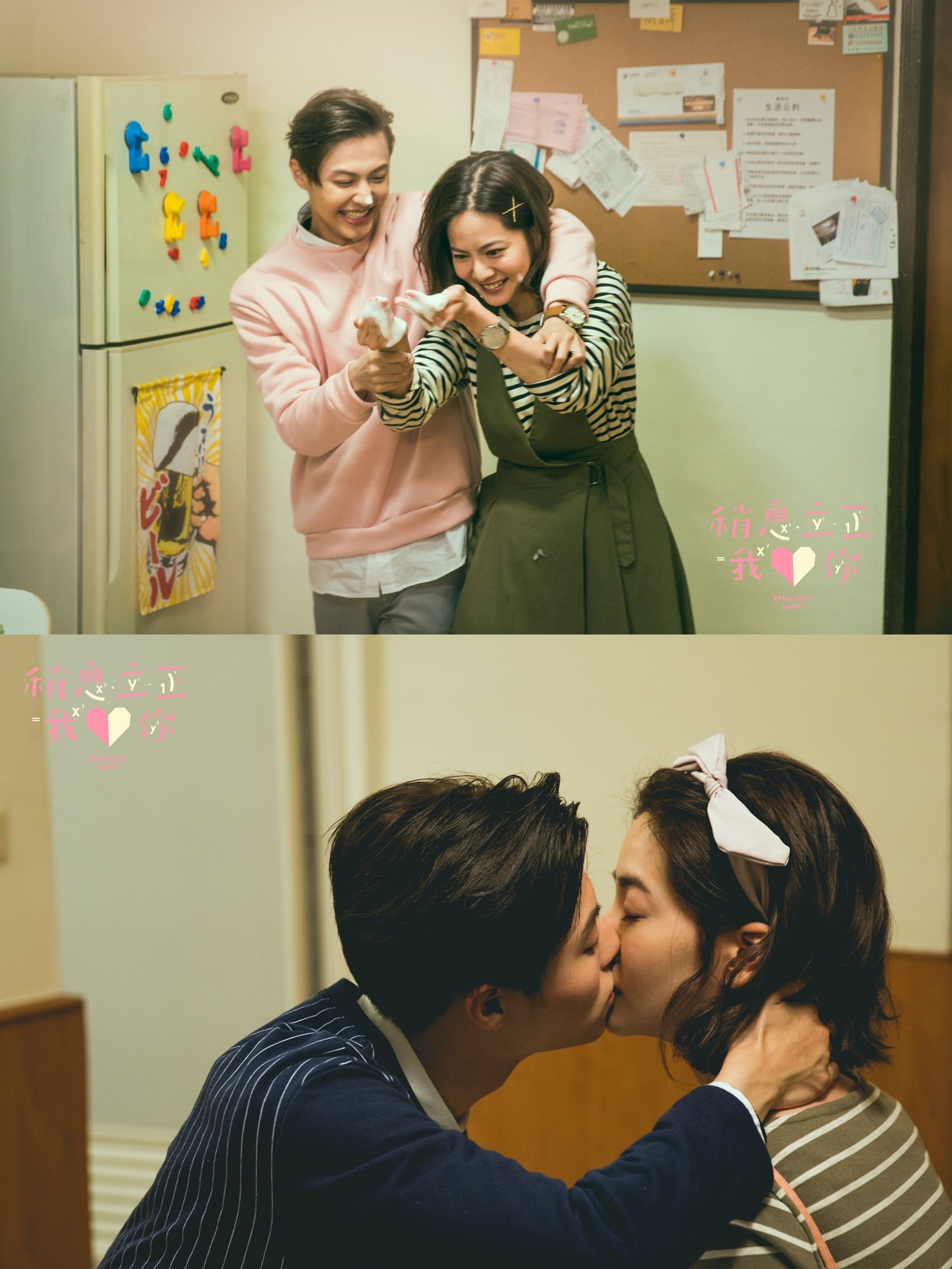 Li Zheng and Shao Xi’s relationship can be described as realistic and genuine. They start off as best friends with their relationship evolving from that of family love to eventually romantic love. You can see their relationship strengthen over the course of their lives from high school, to university, and finally adulthood, and their feelings and understanding of each other grow deeper through the various hardships they face. Li Zheng and Shao Xi are always there for each other during difficult and happy times, making their love story so sweet and heartfelt.

Hey Soompiers, who are some of your favorite Chinese and Taiwanese drama couples? Let me know in the comments below!

Currently watching: “My Love, Enlighten Me” and “Amensalism”
All-time favorite dramas: “Nirvana In Fire,” “Queen In Hyun’s Man,” “A Witch’s Romance,” “Love O2O,” “Skate Into Love” and “My Mr. Mermaid”
Looking forward to: “Symphony’s Romance,” “Go Ahead,” “Glory of the Special Forces,” and “The Oath of Love”