Following the recent end of “Road to Kingdom,” chief producer (CP) Park Chan Wook sat down with the press for an interview about the show and the upcoming sequel “Kingdom.”

“The viewership ratings were disappointing in part, but the first ratings still came in a bit higher than ‘Queendom,'” he said. “I thought that when the performances were shown in the second episode, the ratings would go up. However, it seems like there was a fairly low level of interest from male viewers because they were boy groups. I think we had an equal number of female and male viewers for ‘Queendom,’ but ‘Road to Kingdom’ was a bit disappointing because the viewership ratings weren’t very high compared to the level of buzz around the show.”

Park Chan Wook also expressed his gratitude to all the contestants. He shared that he’d told eliminated groups Golden Child and TOO that they had no need to feel down since their elimination wasn’t because they didn’t do as well as the others. “I told them that they’ll do better because a new light was shed on their talents through these performances, and I suggested that we meet often at Mnet,” he said.

The Boyz ended up winning the show, earning a ticket to the sequel “Kingdom.” When asked if he predicted their win, Park Chan Wook said he’d thought it was possible that they’d win since they were just as talented as the other groups.

“I couldn’t have expected during the casting stage that they’d win with such an overwhelming lead in points,” he said. “On stage, The Boyz showed great dance performances that were advanced to the level of martial art and are capable only by professional dancers.”

“They had never entered Melon’s Top 100 after their debut, but they took No. 98 with their final competition song,” he said. “In the last week, they were No. 4 on the boy group brand reputation ranking. I’ve heard that their fandom also grew a lot. When I consider these various results, I think they probably benefited the most.”

“They are very talented, and they’re a perfect team when it comes to lyric writing, composing, and performance capability,” he said. “They’re a great group that does almost all of the production for their performances themselves, but they weren’t able to make it to ‘Kingdom,’ so I’m sad and it’s such a shame. The Boyz was also very cool, but I think I feel a lot of sadness about PENTAGON.” He shared his gratitude to PENTAGON for coming on the show after getting through a lot of emotional ups and downs and deciding to really work hard on it.

When asked what performance impressed him the most as a producer, Park Chan Wook said, “The Boyz’s ‘Checkmate’ and ONF’s ‘New World’ performances were excellent too, but the most impressive performance for me was ONF’s ‘It’s Raining.’ I think it was the coolest performance when it came to the story of it. I was very impressed by how they used just a moving curtain in their performance as they expressed going into a dream and returning to reality. It was also quite memorable because the arrangement was very well done.” 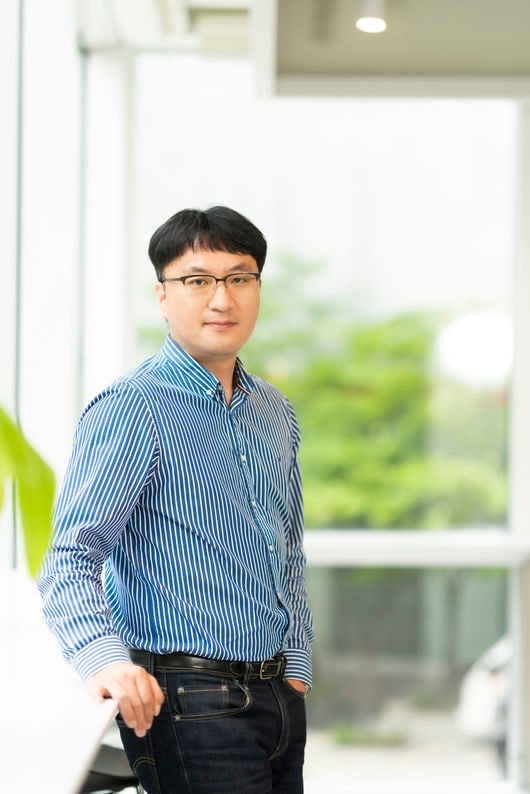 Park Chan Wook and the production team are working on the lineup for “Kingdom” and he shared that while there is no concrete schedule yet, they plan that it will air in the second half of the year.

Many fans have been wondering and speculating about which male groups will be taking part in the new show. Park Chan Wook said, “We’re working hard at preparing for casting. That’s all I can say. When we did ‘Road to Kingdom,’ there were too many reveals about the lineup in advance. We’re going to be more cautious about our preparations this time.”

“Road to Kingdom” started out with seven teams, and groups Golden Child and TOO were eliminated on the way so that only five teams competed in the live finale. Some viewers questioned whether there’s really a need for the show to have eliminations.

In response, Park Chan Wook said, “I’m aware that some people reacted by saying they didn’t understand why people were eliminated when they were working so hard. It was so that they would focus more on their performance. We added the elimination system as a way to encourage them to work harder at their performance with a feeling of desperation, however even apart from the elimination system, all the contestants worked very hard. It’s something that I’ve put a lot of thought into.” He added, “I think that I need to consider more over whether or not we need to have an elimination system in ‘Kingdom.'”

Who are you hoping to see on “Kingdom”?

PENTAGON
ONF
THE BOYZ
Road to Kingdom
Kingdom (Mnet)
How does this article make you feel?