The Boyz’s Q, Sunwoo, Jacob, and Juyeon recently sat down for an interview with News1 alongside choreographer Mihawk Back to talk about working with one another on “Road to Kingdom,” their plans and goals for the future, and more.

Earlier this year, The Boyz had an incredible run on Mnet’s idol competition show “Road to Kingdom,” earning first place for the first three rounds. After also receiving top scores during the finale, they became the sole team to earn a ticket to “Kingdom,” the upcoming male counterpart of last year’s hit show “Queendom.”

While the talent and strong work ethic of The Boyz are evident with their success, choreographer Mihawk Back also played a huge role in their growth. Mihawk Back is a choreographer well-known for his work with SM Entertainment artists, such as BoA, TVXQ, Taemin, EXO, Red Velvet, and more. 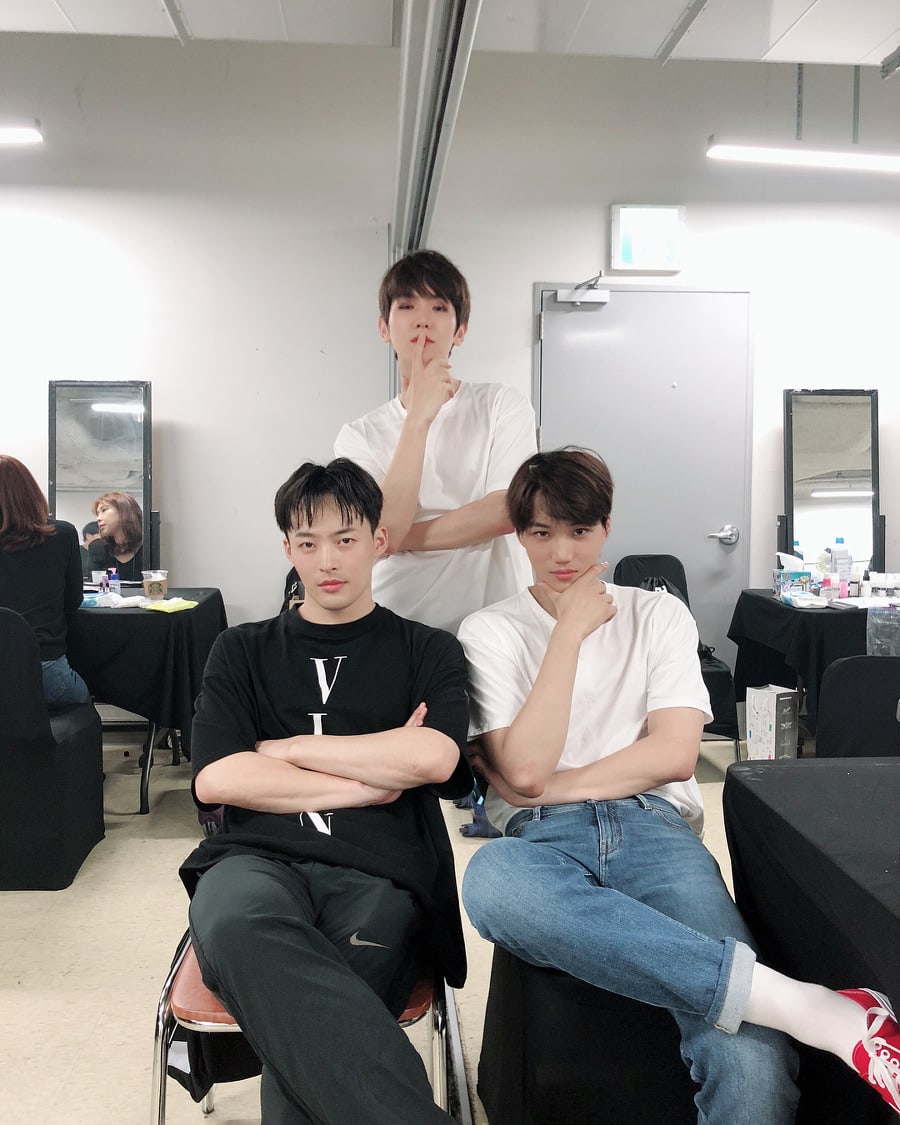 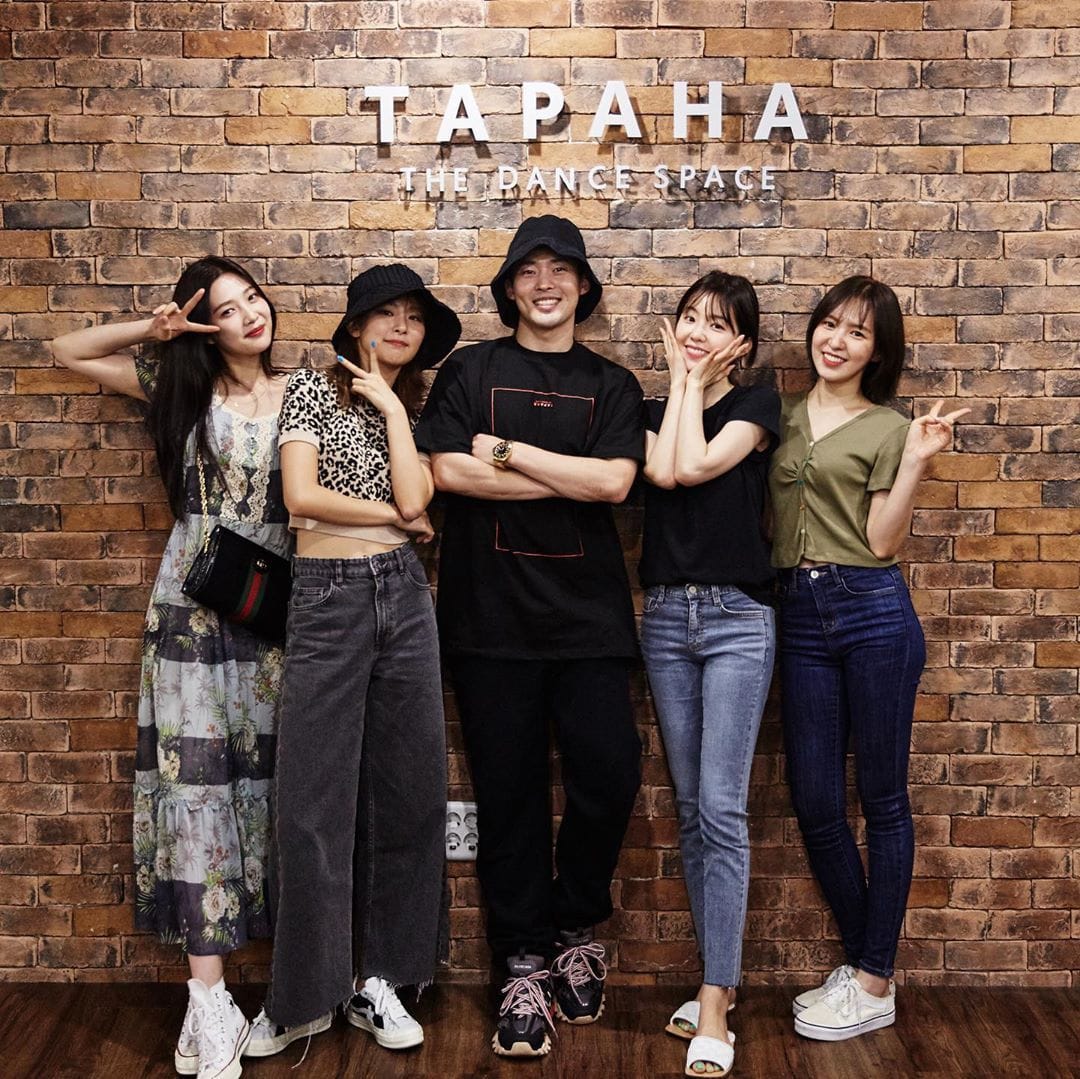 Mihawk Back shared that he had been contacted by The Boyz’s agency Cre.Ker Entertainment to work with the group last year but that he couldn’t due to their conflicting schedules. He explained, “That was weighing on my mind, but then they proposed I work with them on ‘Road to Kingdom.’ After receiving the proposition, I looked up one of their performance videos and thought they weren’t bad. I liked their overall chemistry. I thought that The Boyz definitely had enough potential.”

Juyeon picked “Shangri-La” by VIXX, commenting, “In order to convey the beauty of the song, we had to demonstrate beauty through our performance rather than emphasize technique. Since it was my first time trying this kind of style, it was difficult.” 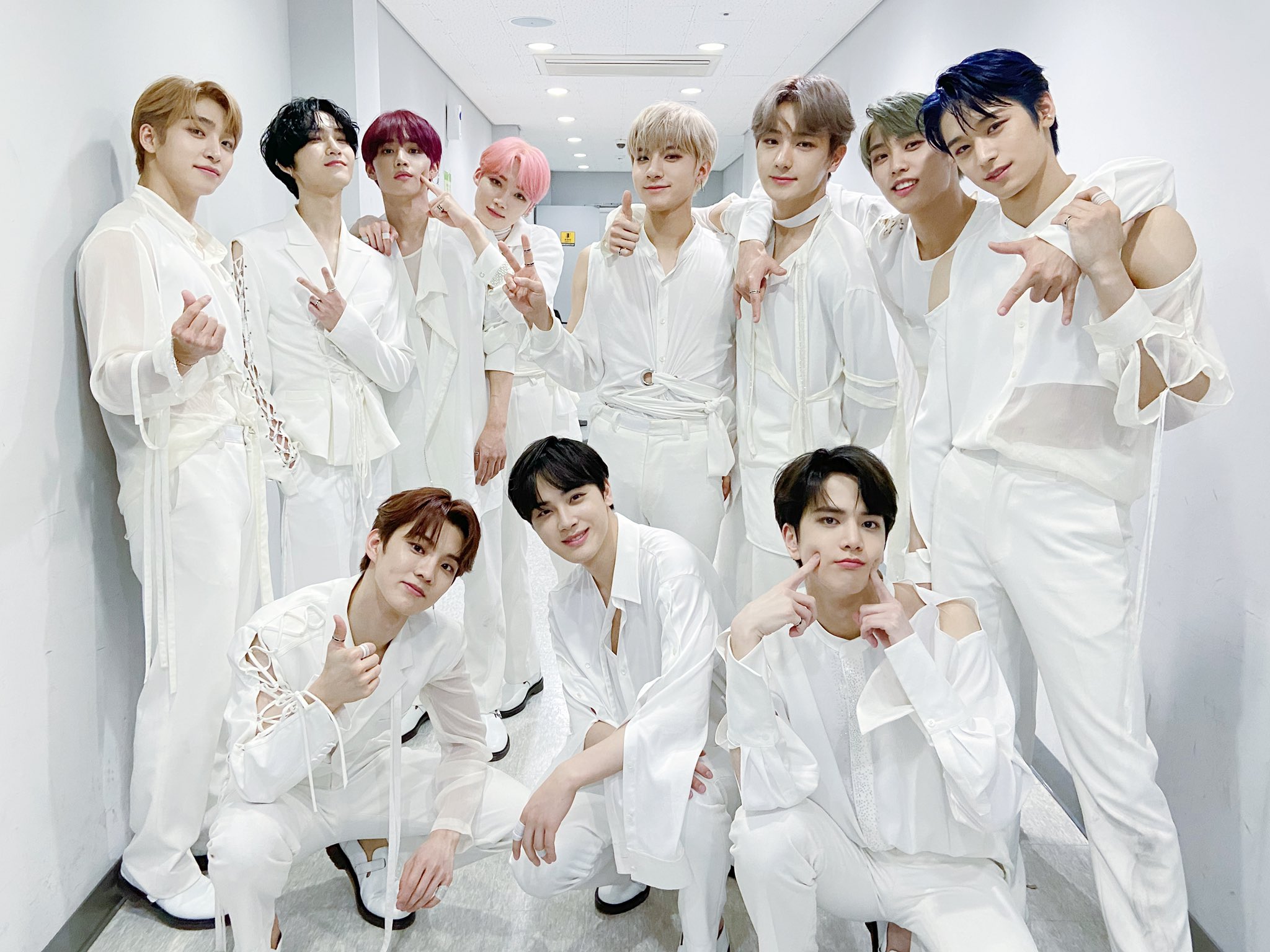 Jacob agreed, adding, “At first, we didn’t dance barefoot. We practiced with our shoes on, but after we had to go barefoot, maintaining my balance and doing the detailed movements was hard.” 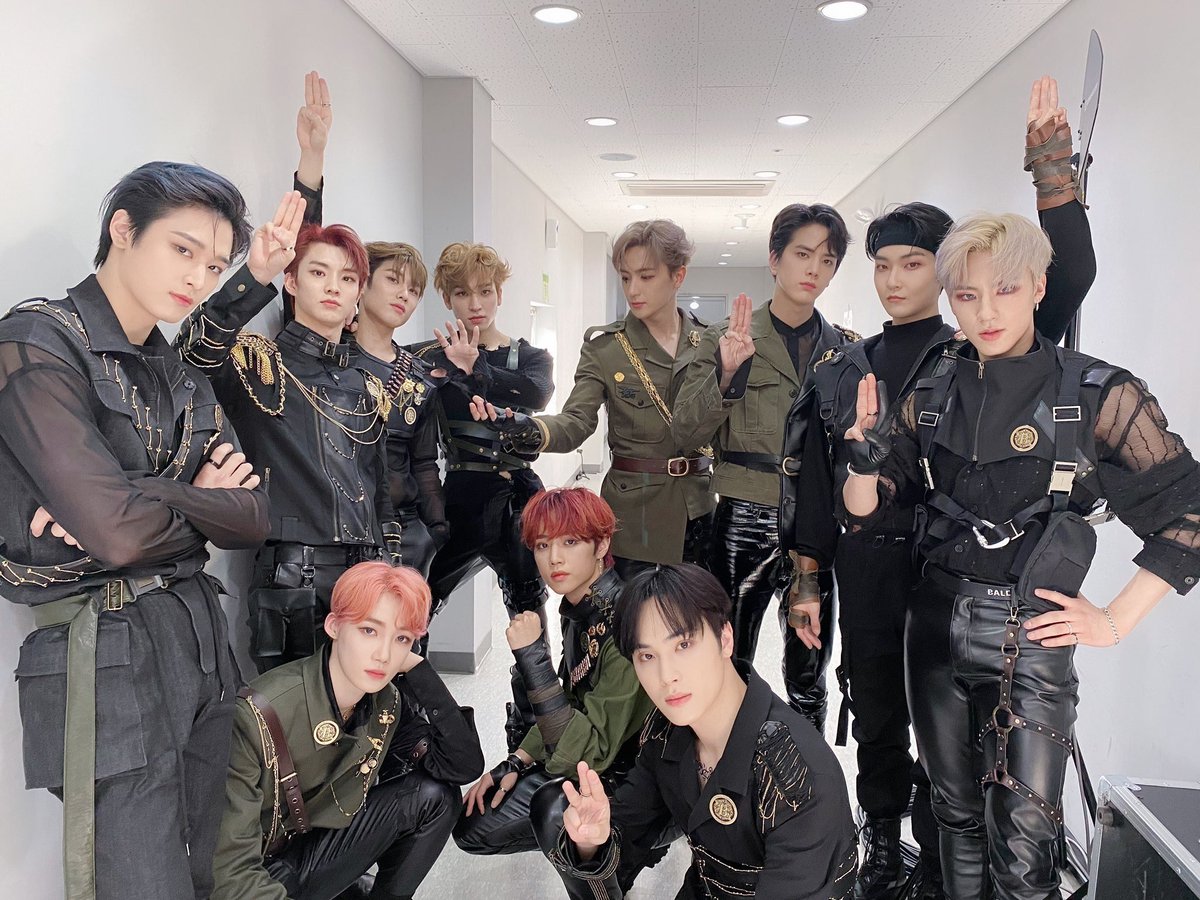 Mihawk Back shared, “As a director, I know all aspects [of the performance] so I can only see the parts that could have been better when I watch the broadcast. I think that if the people who create the stage and perform on stage do not have a bit of regret, they won’t grow. As a creator, I think it’s better to have more regret than not. However, if I had to pick one, I would say ‘Checkmate‘ was the best. It felt good to see that the members’ skills had improved since I first met them.”

The Boyz showcased an extensive variety of stunts throughout their “Road to Kingdom” journey, which member Sunwoo was often the focus of. Despite his fear of heights, he was able to successfully pull off all the difficult choreography, of which he commented, “I got the position by chance. I was honestly really proud when I did the difficult choreography. Although I was scared, I knew it was an important part of the performance that I was entrusted with.” 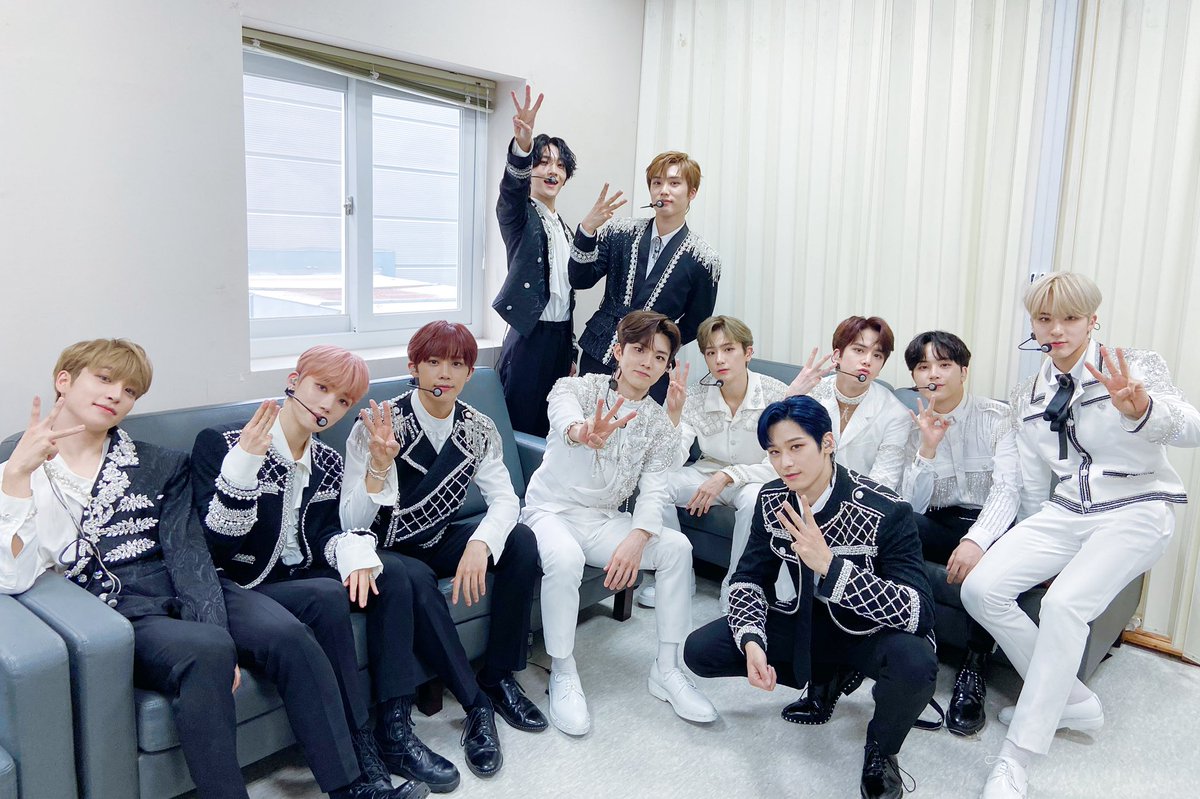 When the interviewer asked what they gained through their appearance on “Road to Kingdom,” Juyeon replied, “The greatest thing I gained was confidence. It was difficult to perform well, and I had a lot of concerns regarding whether we would be able to get first place. However, I felt that we all grew after struggling together to create our performances, and that gave me confidence.”

Jacob added, “I learned a lot. I learned a lot while watching the performances of other groups, and I’m able to concentrate more while memorizing choreography after experiencing the process of creating new performances every two weeks. From our teacher, I learned not only dance, but also how to be professional on stage.”

As part of the “Road to Kingdom” digital chart battle, each group released a new song. The Boyz was one of the two teams that saw their songs in the top 100 of Korea’s largest music site Melon.

Juyeon shared, “I remember we all gathered to look at the chart.” With a laugh, he continued, “We were practicing for the ‘Checkmate’ stage when we checked the charts and went crazy. We started [checking] at No. 100 and scrolled up, but we honestly gave up when it wasn’t in the nineties. However, it was higher than that. It was in the sixties and we were so touched. I remember being so happy.” 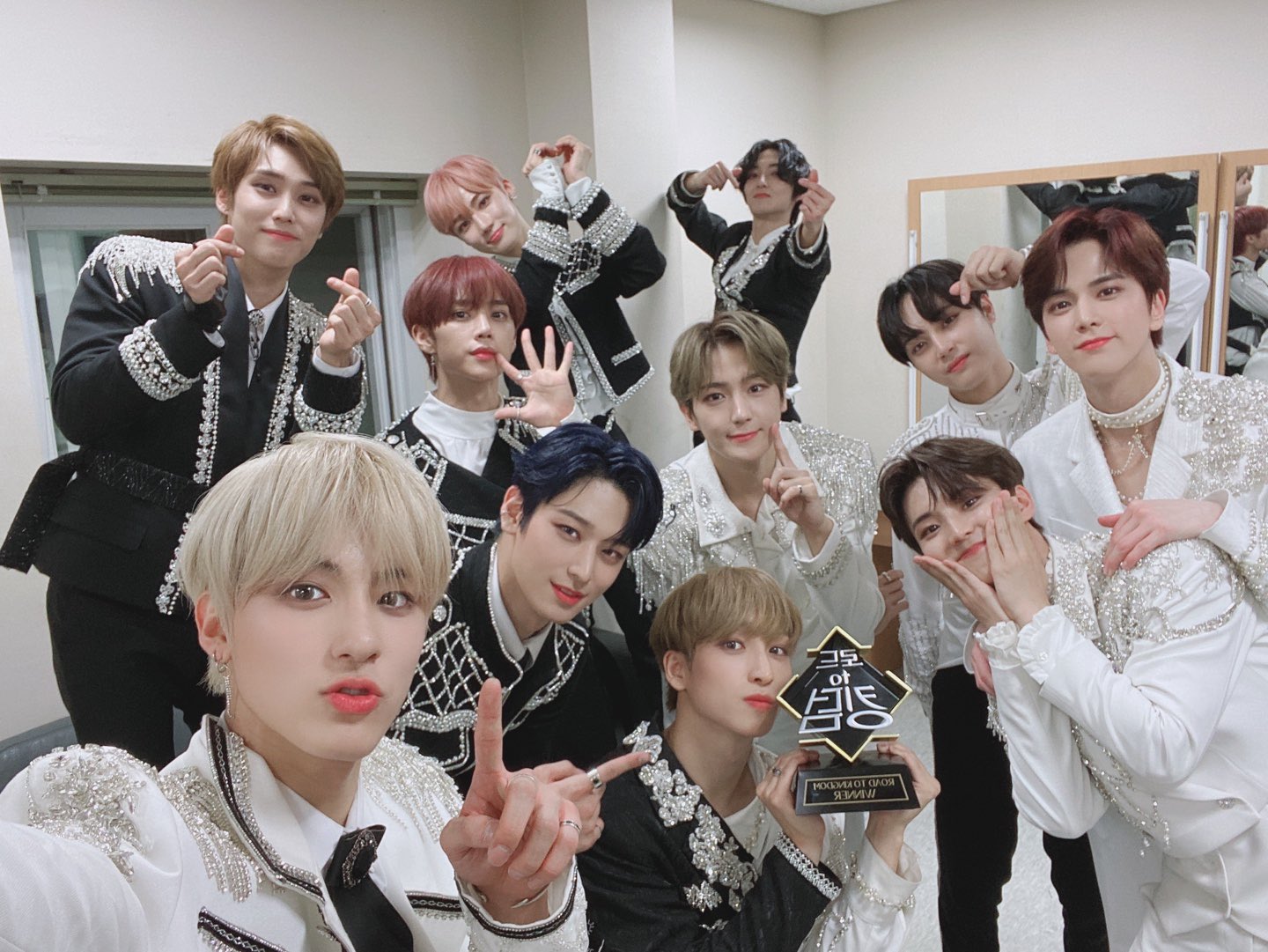 As someone who has worked with many K-pop artists, Mihawk Back discussed what kind of future he saw for The Boyz, explaining, “It’s not impossible that The Boyz will become like BTS. As someone who has worked in this field for a long time, I don’t give false hope to those who I don’t think will do well. However, to those I see potential in, I talk to them a lot and tell them that they’re going to do well.”

He continued, “The Boyz has 11 members. It isn’t easy for 11 people to have good teamwork, and it’s that much harder when coordinating choreography. Despite having so many members, The Boyz has good chemistry and tries to work harder. Q will encourage everyone to practice, and another member will encourage everyone to stay strong. It’s really important that members are considerate of one another, and I really see that [within the group]. No matter how good the song or choreography is, it doesn’t work if the performer doesn’t have the right mindset. The Boyz has both the skills and the mind. If they learn more and work hard, I believe they have the potential to rise even higher. I am confident that they will do well,” additionally mentioning his plans to continue working with the group in the future. 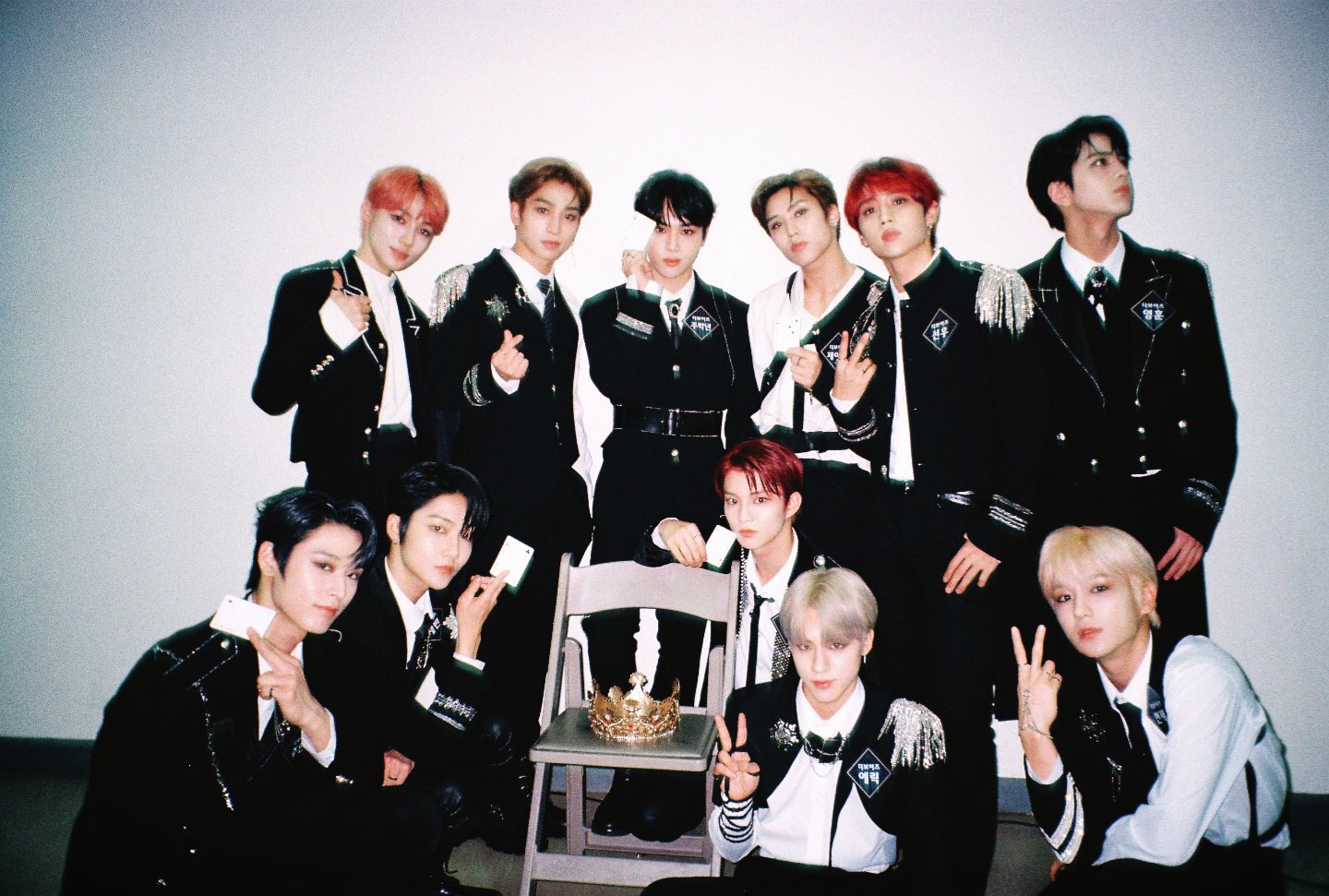 The interviewer mentioned that The Boyz’s leader Sangyeon once shared that ranking on a Billboard chart was his goal and asked the members what their ultimate goal for The Boyz was.

Sunwoo responded, “They say to dream big. We all hold Billboard as our goal. We have hopes of becoming like BTS and want to work hard. Also, conveying positive energy is our goal. Even if Billboard is too big of a dream for us, I think goals like that in themselves give us energy.” Laughing, he added, “However, I think making ourselves known domestically comes first.”

q
Sunwoo
Juyeon
Mihawk Back
THE BOYZ
Road to Kingdom
Jacob
How does this article make you feel?