Gaon Chart has revealed its chart rankings for the week of September 13 to September 19!

Stray Kids topped this week’s physical album chart with their new repackaged album “IN生” (“IN LIFE”), which debuted at No. 1. ASTRO’s Moonbin & Sanha’s first mini album as a sub-unit, “IN-OUT,” entered the chart at No. 2, while fromis_9’s new mini album “My Little Society” debuted at No. 3.

SEVENTEEN’s latest mini album “Heng:garæ,” which was released back in June, rose to No. 4 on this week’s chart, while NCT 127’s second studio album “Neo Zone” climbed back up to No. 5 over six months after its release. 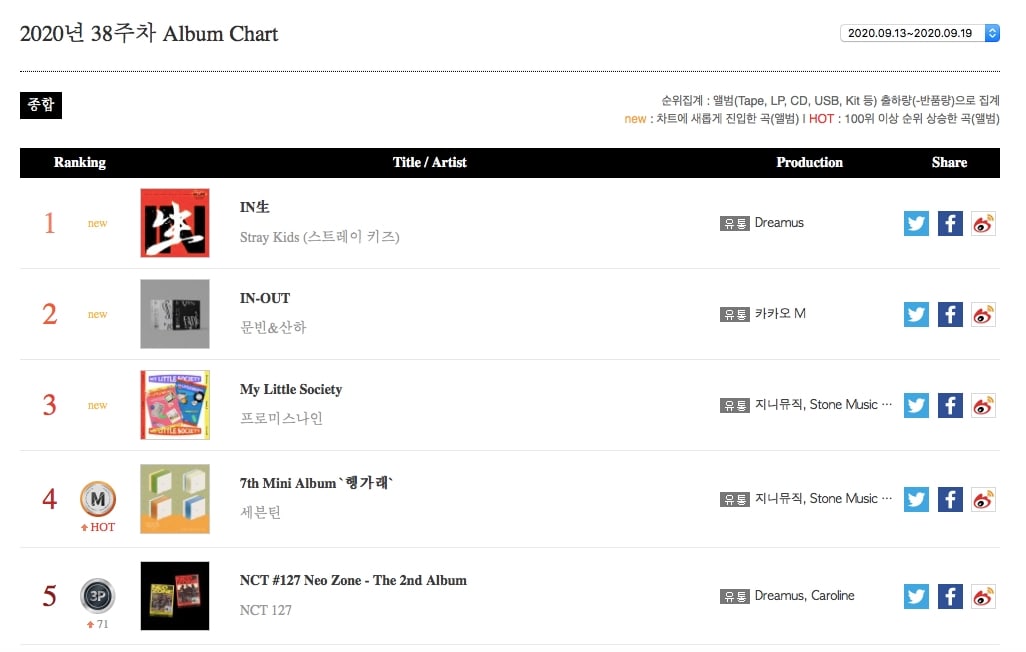 BTS’s “Dynamite” achieved a triple crown after sweeping this week’s digital charts: in addition to remaining No. 1 on both the overall digital chart and the streaming chart, the song also returned to No. 1 on the latest digital download chart.

SHINee’s Taemin’s “Criminal” stayed strong at No. 2 this week, followed by Moonbin & Sanha’s new title track “Bad Idea” at No. 3 and Girls’ Generation’s Taeyeon’s new song “Kiss Me” (from the OST of “Do You Like Brahms?“) at No. 4.

Finally, Park Jin Young’s duet with Sunmi, “When We Disco,” rounded out the top five for the week. 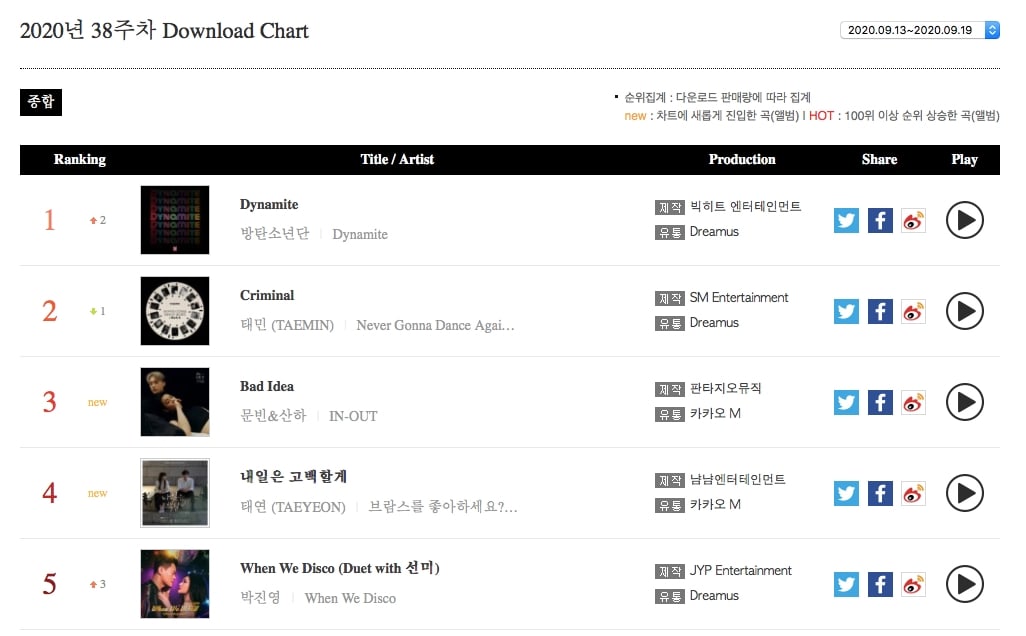 The top five songs on the overall digital chart and the streaming chart were exactly the same this week: BTS’s “Dynamite” claimed No. 1 on both charts, trailed by B1A4’s Sandeul’s “Slightly Tipsy” at No. 2, Jessi’s “NUNU NANA” at No. 3, SSAK3’s “Beach Again” at No. 4, and MAMAMOO’s Hwasa‘s “Maria” at No. 5. 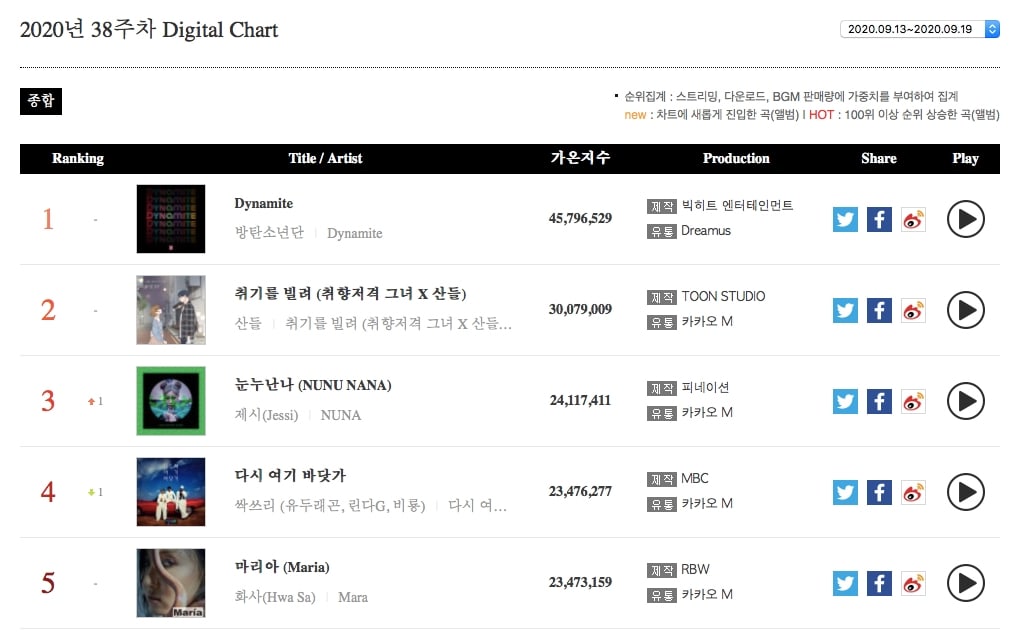 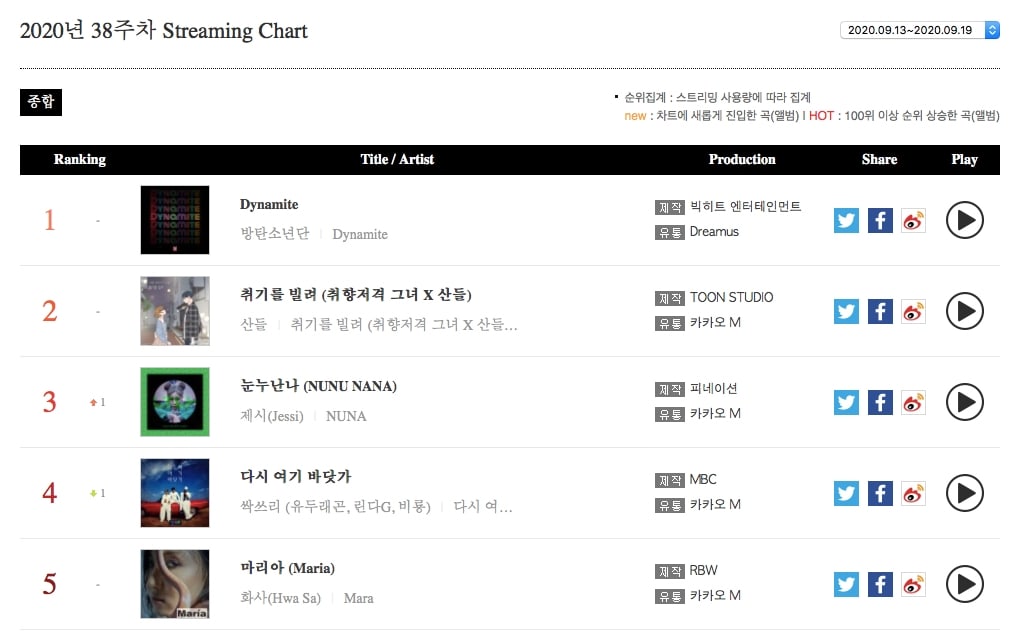 BLACKPINK continued their reign at the top of Gaon’s Social Chart 2.0 for the 17th consecutive week, while IU shot up 16 spots in the rankings to claim No. 2. BTS came in at No. 3 for the week, with Im Young Woong at No. 4 and Yang Joon Il at No. 5. 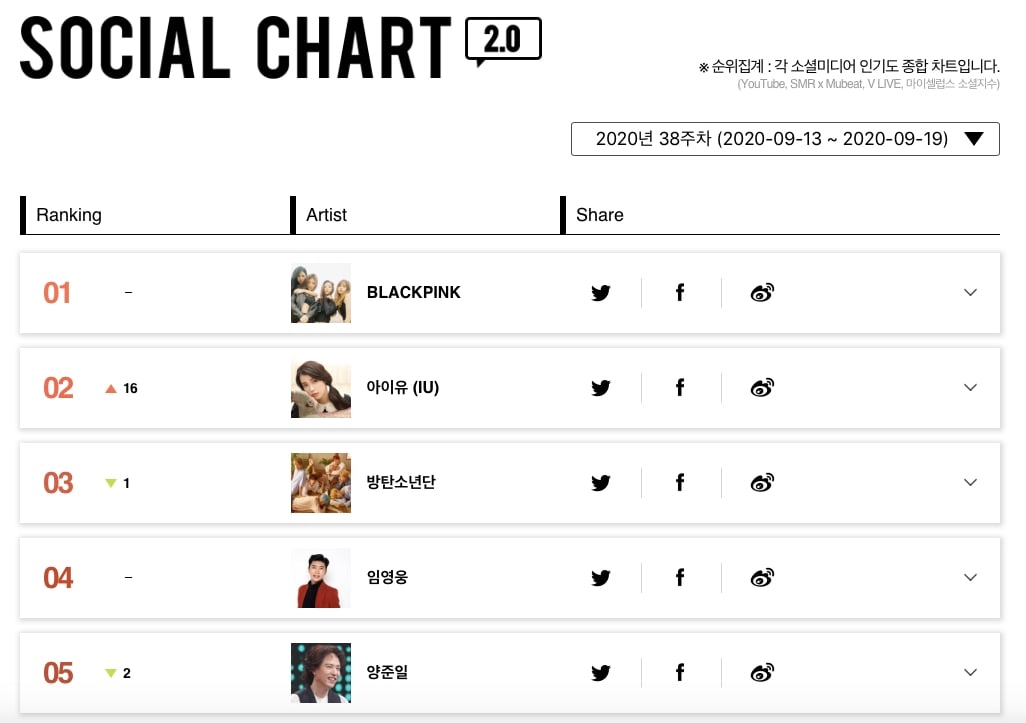 Watch “Do You Like Brahms?” with English subtitles below!