Gaon Chart has revealed its chart rankings for the week of November 8 to November 14!

Nearly two months after its release, The Boyz’s latest mini album “Chase” climbed back up the chart to claim No. 4 for the week. Finally, Ha Sung Woon‘s new mini album “Mirage” entered the chart at No. 5. 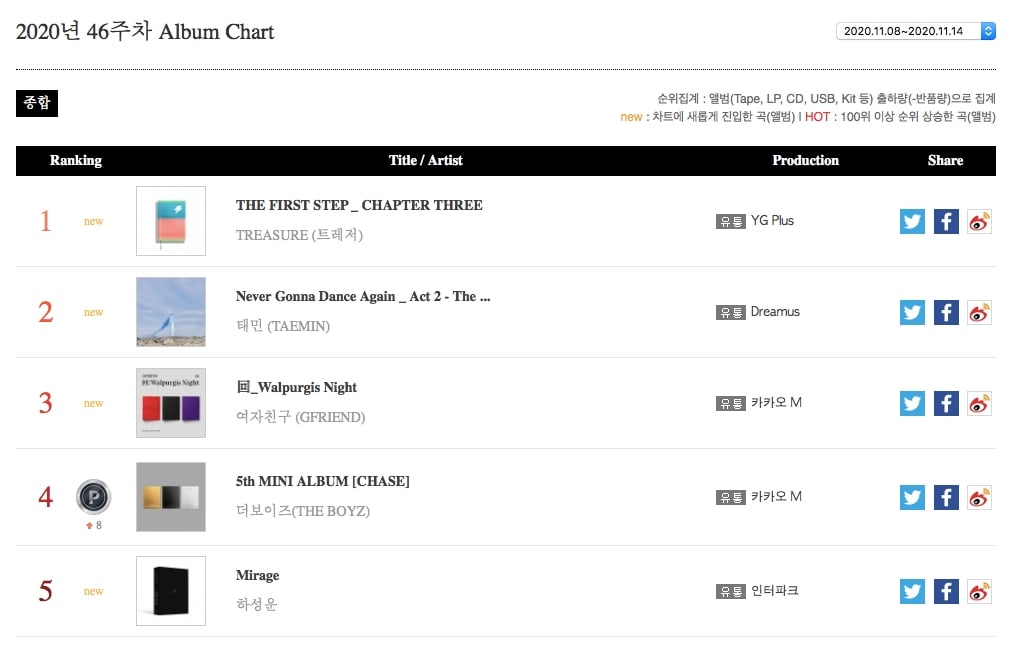 BTS’s “Dynamite” remained No. 1 on the overall digital chart for the third consecutive week, followed by Im Chang Jung’s “Love Should Not Be Harsh on You” at No. 2.

BLACKPINK’s “Lovesick Girls” came in at No. 3 for the week, with Jang Beom June’s “Can’t Sleep” at No. 4 and “How Do You Play?” project group Refund Sisters’ debut track “Don’t Touch Me” at No. 5. 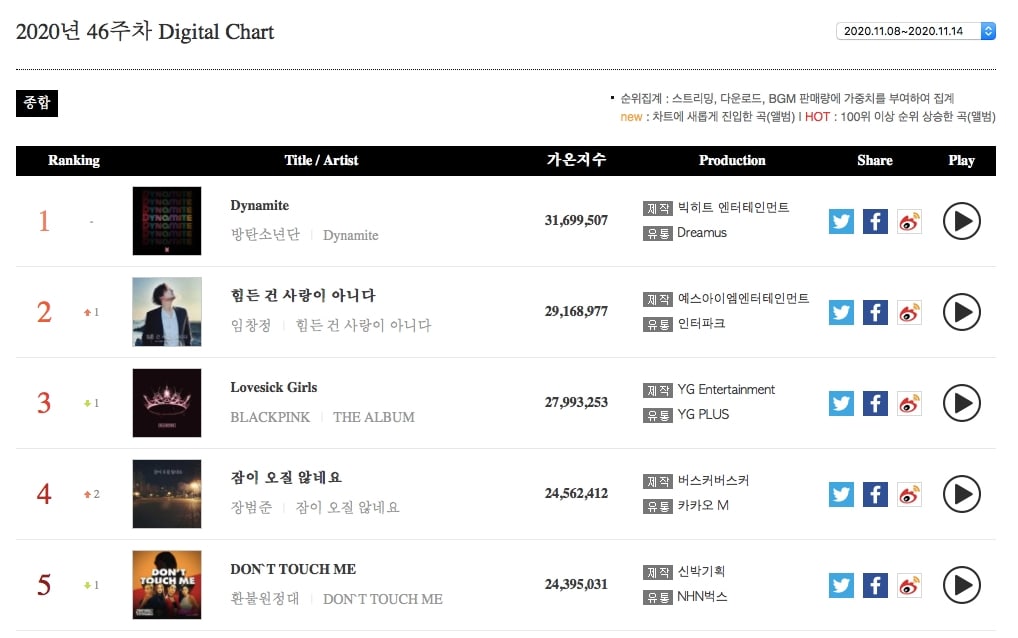 Ha Sung Woon’s new title track “Forbidden Island” debuted at No. 1 on this week’s digital download chart, followed by Taemin’s “IDEA” at No. 2 and GFRIEND’s “MAGO” at No. 3.

Kim Junsu (XIA)’s new song “Pit A Pat” entered the chart at No. 4, and “Mister Trot” winner Im Young Woong’s “HERO” rounded out the top five for the week. 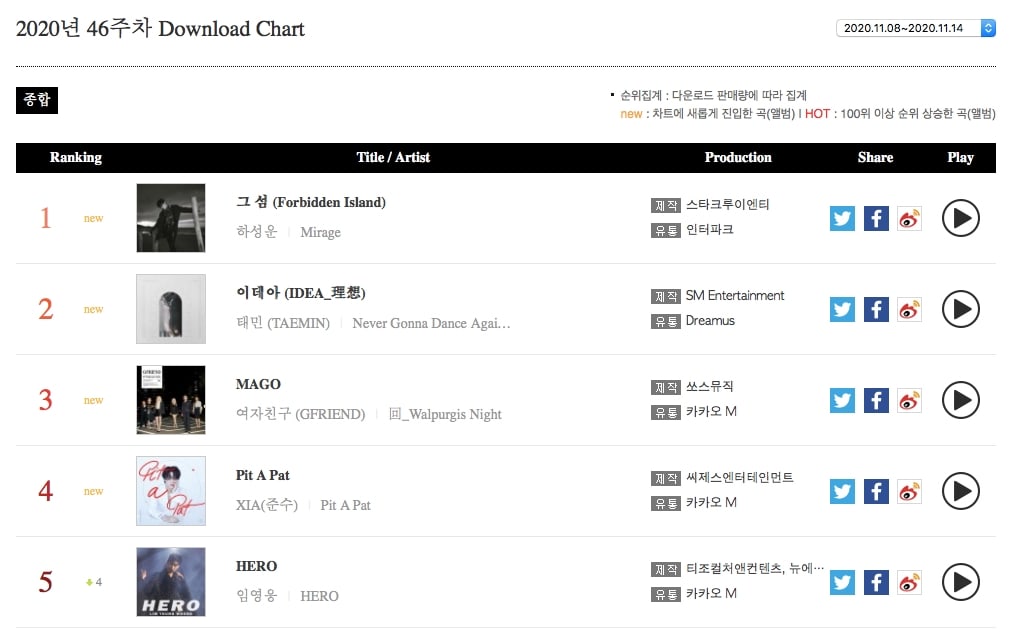 BTS’s “Dynamite” also held onto its spot at the top of the streaming chart for the third week in a row, with Im Chang Jung’s “Love Should Not Be Harsh on You” at No. 2 and BLACKPINK’s “Lovesick Girls” at No. 3. Finally, Refund Sisters’ “Don’t Touch Me” and B1A4’s Sandeul’s “Slightly Tipsy” maintained their respective positions at No. 4 and No. 5. 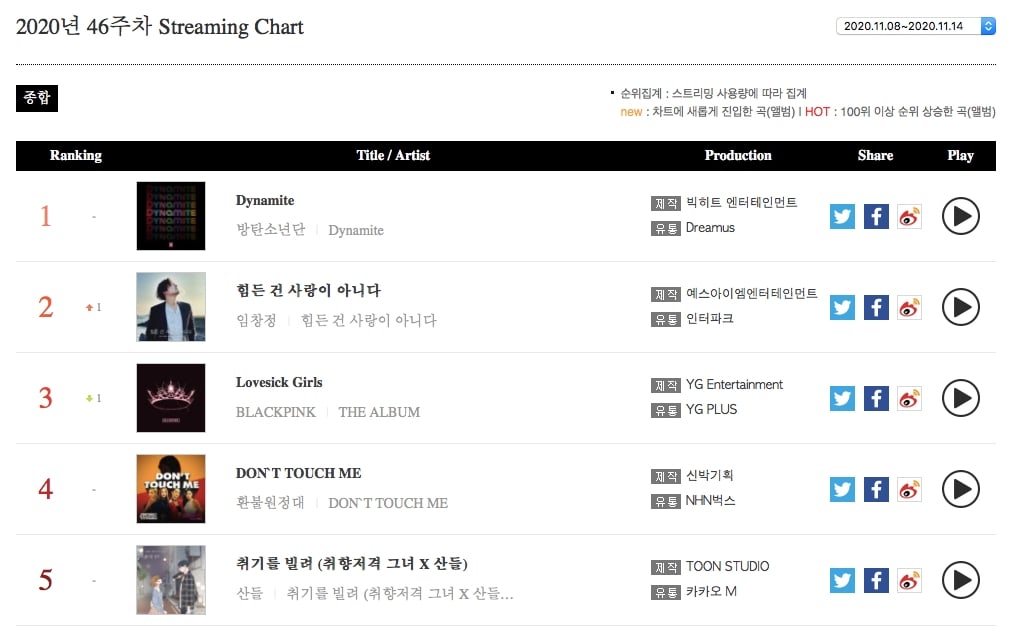 BLACKPINK continued their reign over Gaon’s Social Chart 2.0 for the 25th consecutive week, followed by BTS 2 at No. 2 and Im Young Woong at No. 3. MONSTA X rose to No. 4 this week, while Yang Joon Il came in at No. 5. 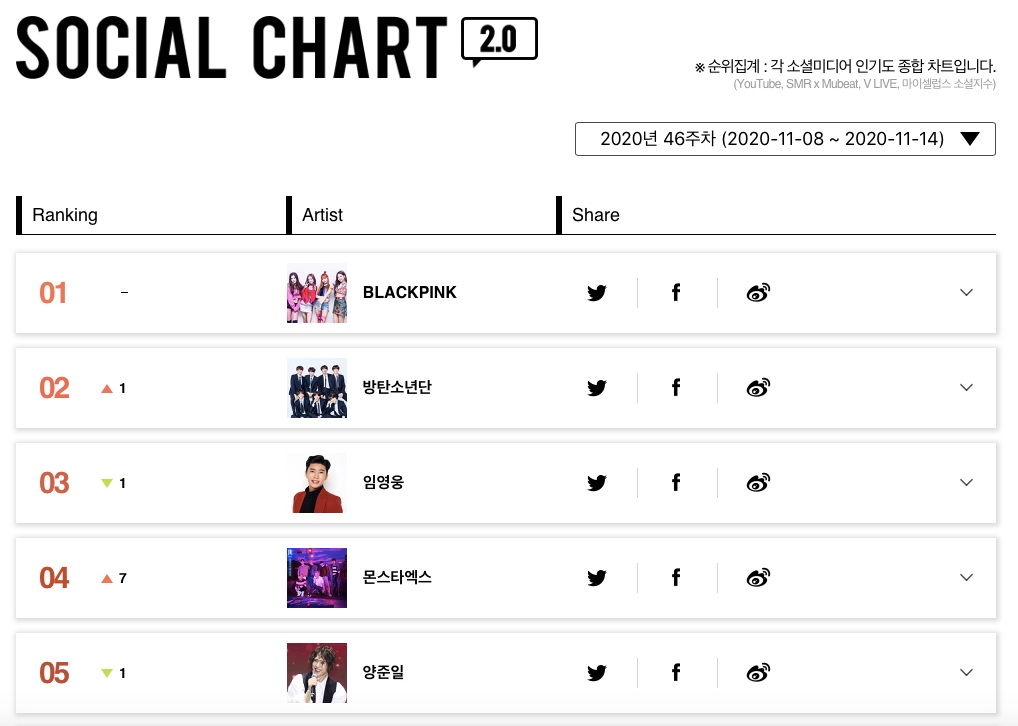