SBS’s “The Penthouse” continues its reign as the most buzzworthy drama!

Good Data Corporation has shared its rankings of dramas and cast members that generated the most buzz from December 28 to January 3. The list was compiled from analyzing news articles, blog posts, online communities, videos, and social media posts about 20 dramas that are currently on air or set to air soon.

“The Penthouse” remains No. 1 on the list for the sixth week in a row, and it does so with a share of over 50 percent. Its percentage this week is the fourth highest in the history of the rankings (in first is the share achieved by “Reply 1988″ for the second week of January in 2016, in second is “Goblin (Guardian: The Lonely and Great God)” for the third week of January in 2017, and in third is “Descendants of the Sun” for the second week of April in 2016).

It’s reported that part of the reason for all the buzz during this week was the prop error that led to speculations about why a DNA test for Oh Yoon Hee (played by Eugene) showed XY sex chromosomes, with many people sharing their opinions.

tvN’s “Mr. Queen” comes in second place among the most buzzworthy dramas, while OCN’s “The Uncanny Counter” rises to No. 3.

Check out the top 10 for the fifth week of December below! 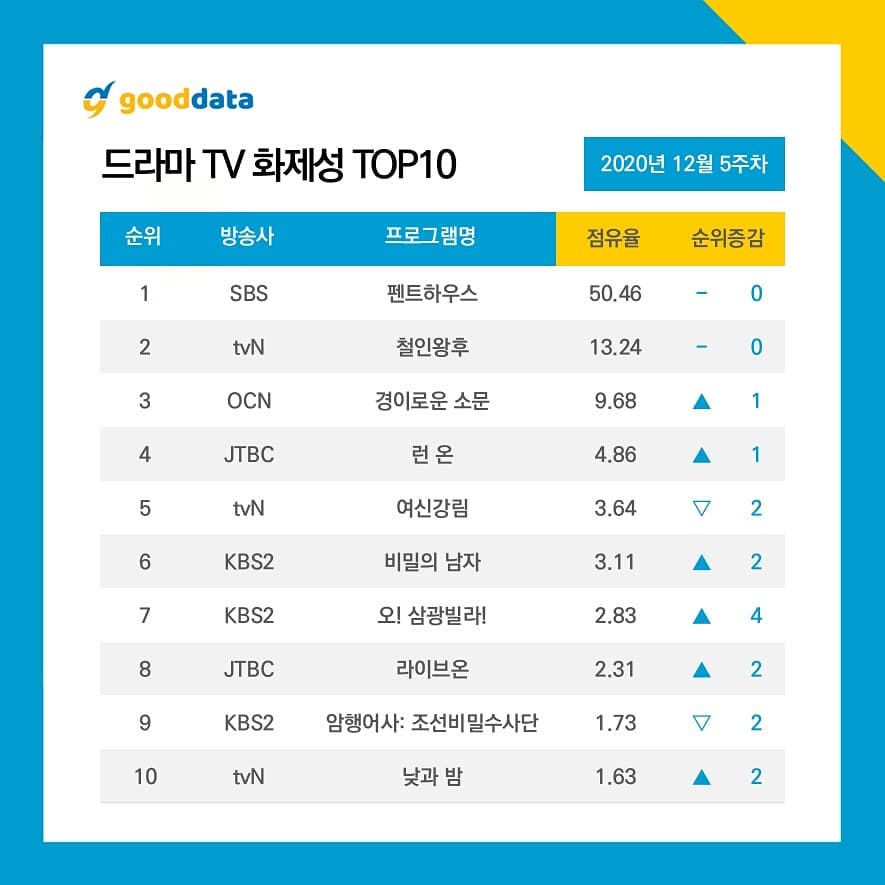 In addition, six of the stars from “The Penthouse” made the Top 10 ranking for most buzzworthy cast members during the week. Eugene remains No. 1 and Lee Ji Ah rises to No. 2. Fellow cast members on the list include Park Eun Suk rising to No. 4, Kim So Yeon in No. 5, Uhm Ki Joon in No. 7, and Jo Soo Min in No. 9. 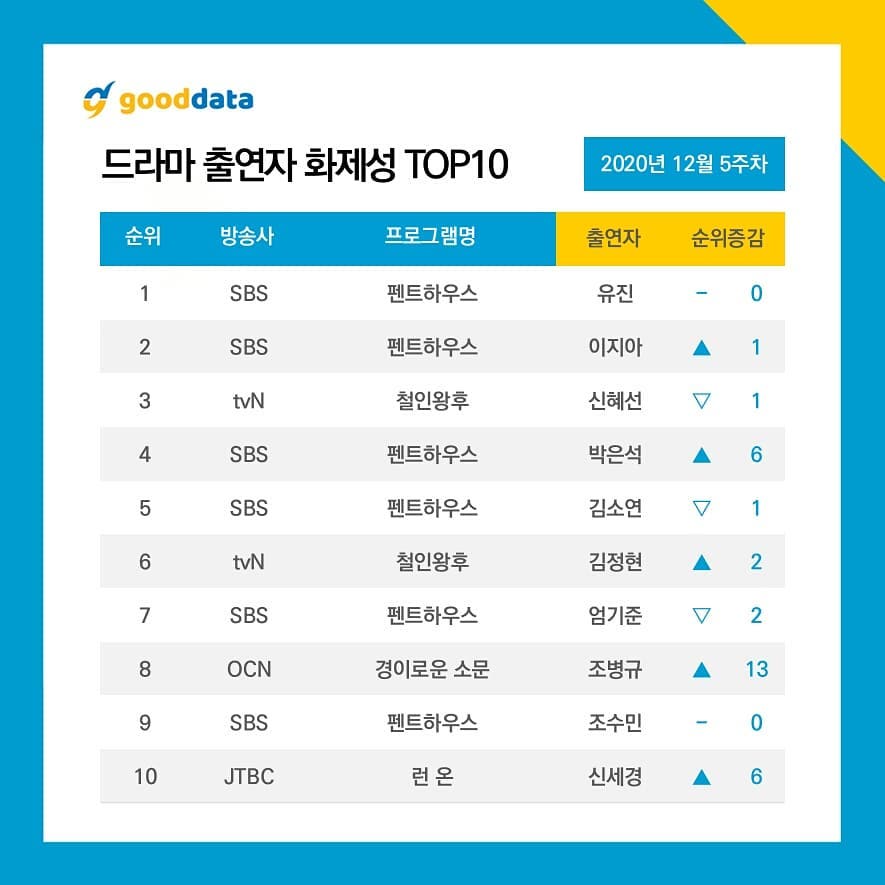 “The Penthouse” ended its first season on January 5 with a personal best in ratings, and the show will return with two more seasons.