Gaon Chart has revealed its chart rankings for the week of January 17 to January 23! 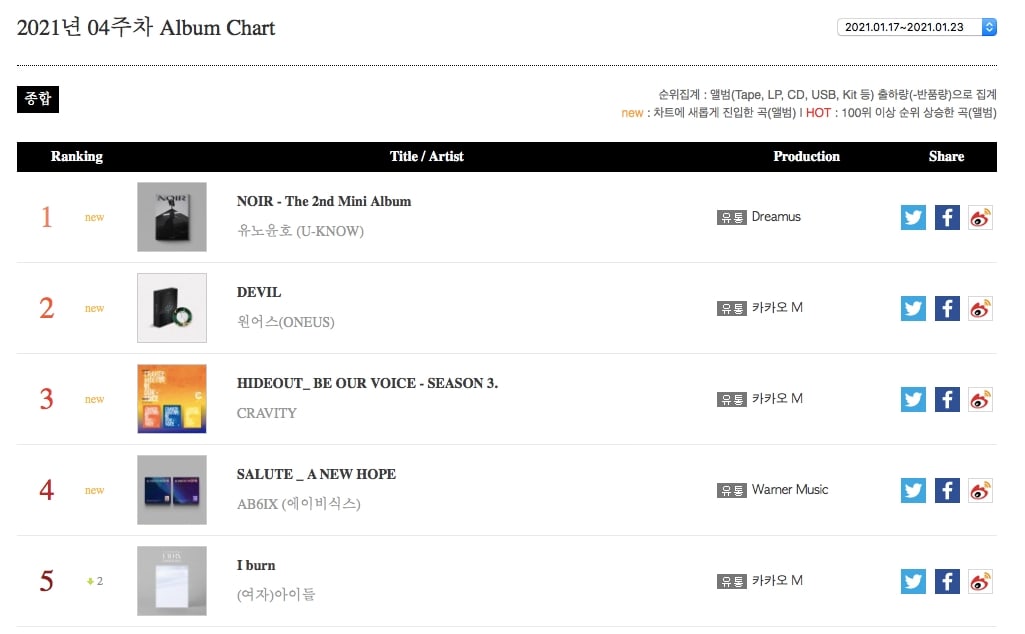 AB6IX topped this week’s digital download chart with their new title track “STAY YOUNG,” which debuted at No. 1. Epik High claimed the next two spots on the chart with their double title tracks “Based on a True Story” (featuring Heize) and “Rosario” (featuring CL and Zico), which entered the chart at No. 2 and No. 3 respectively. (G)I-DLE’s “HWAA” stayed strong at No. 4, while ONEUS’s new title track “No Diggity” debuted at No. 5. 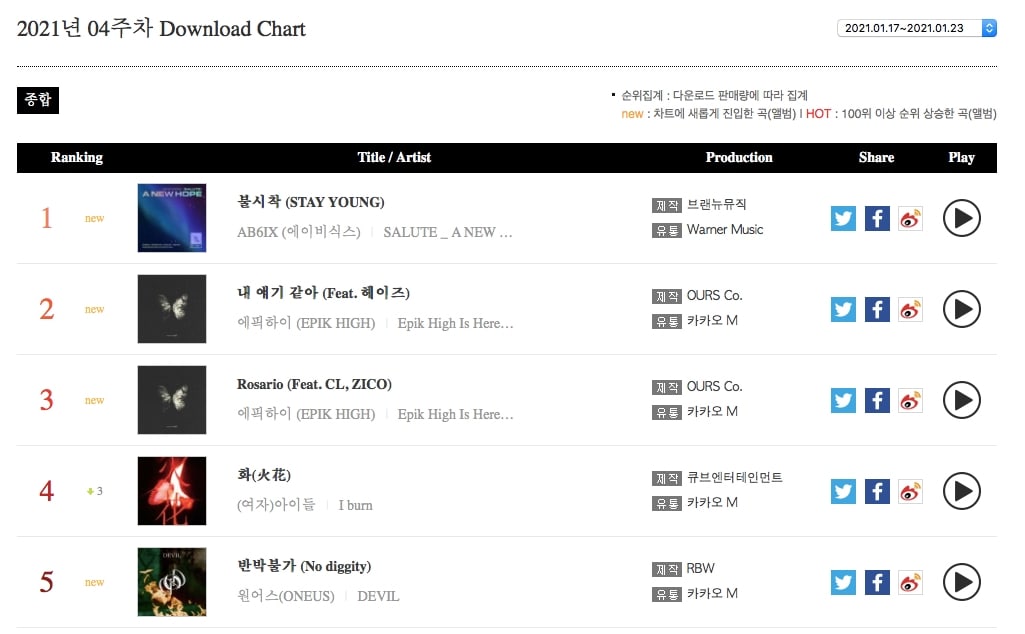 KyoungSeo’s “Shiny Star (2020)” remained No. 1 on this week’s overall digital chart, followed by “Show Me the Money 9” rappers Mirani, Munchman, Khundi Panda, and MUSHVENOM’s hit collaboration “VVS” (featuring JUSTHIS and produced by GroovyRoom) at No. 2. 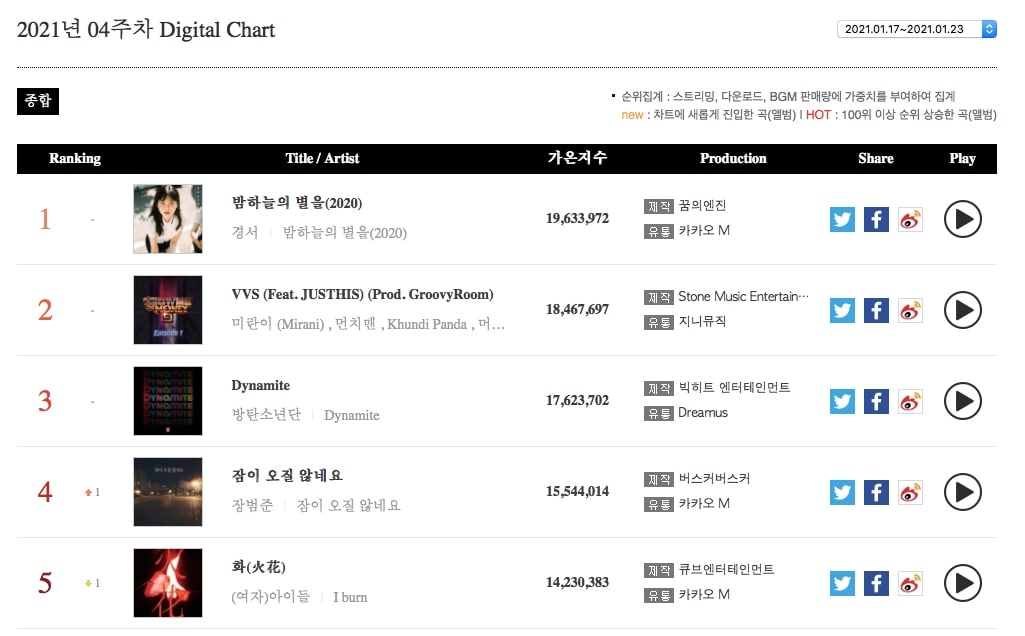 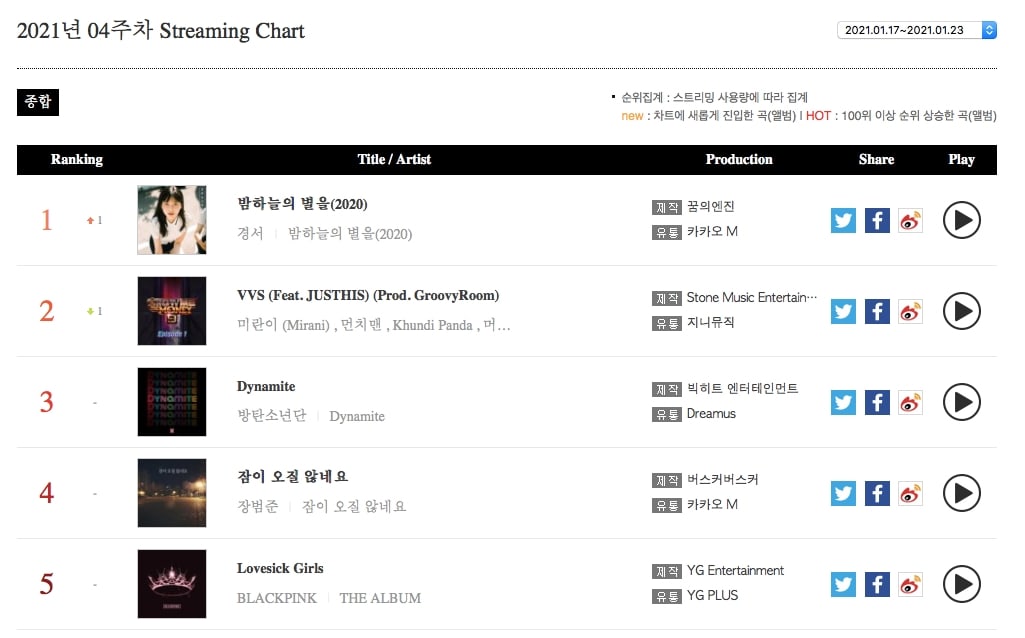 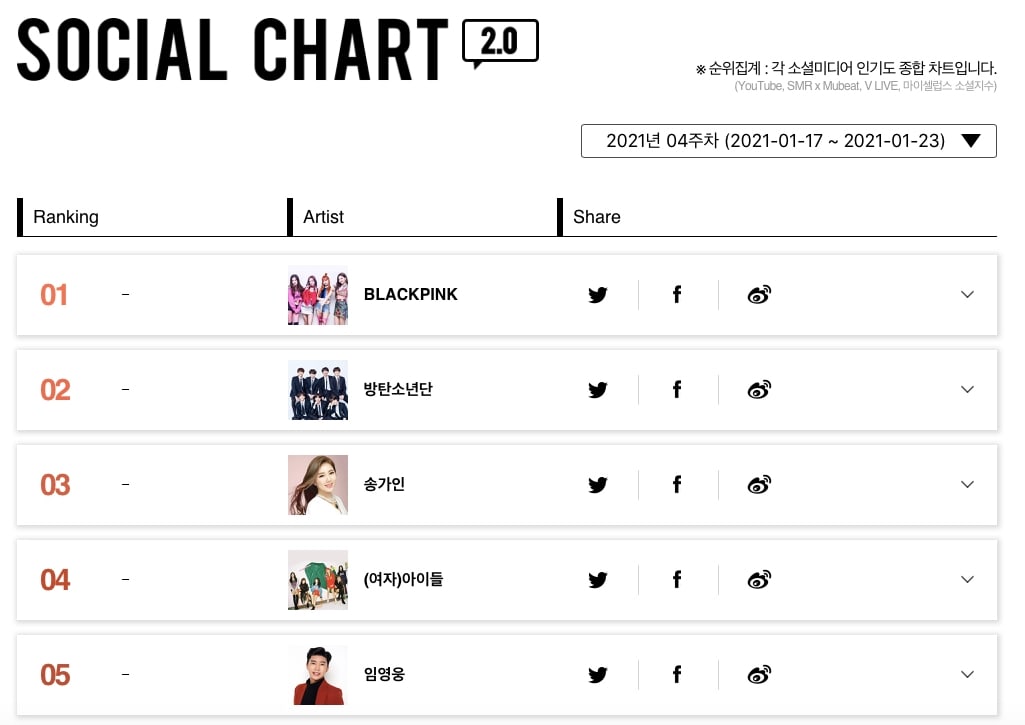