Gaon Chart has revealed its chart rankings for the week of May 2 to May 8!

Super Junior’s Yesung‘s new solo mini album “Beautiful Night” entered the physical album chart at No. 1 this week, while Highlight’s “The Blowing” debuted at No. 2 and ITZY’s “GUESS WHO” stayed strong at No. 3. 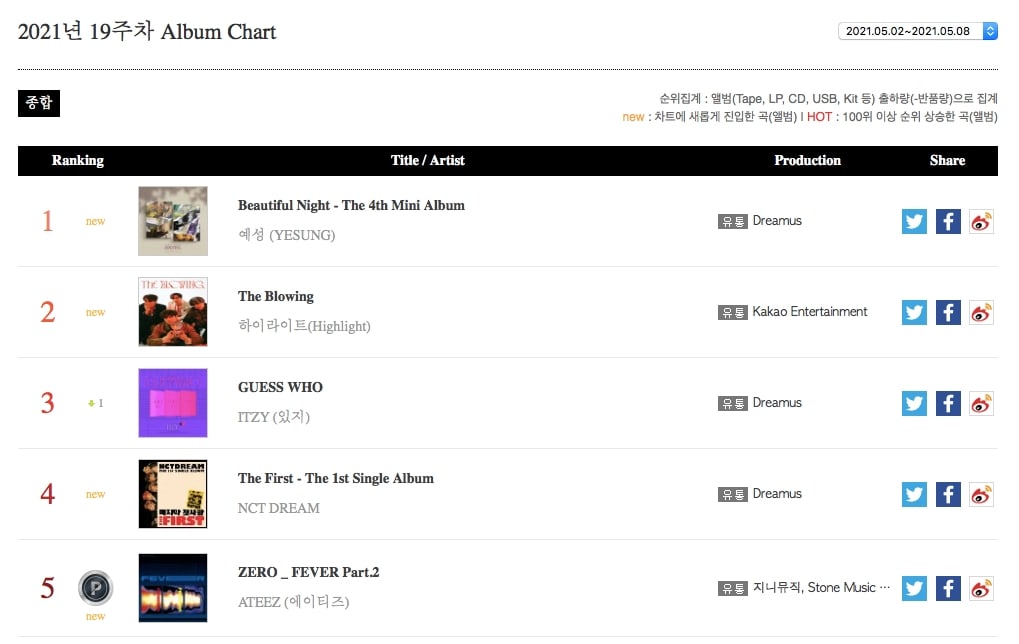 Highlight’s new title track “NOT THE END” debuted at No. 1 on this week’s digital download chart, trailed by ONF’s “Ugly Dance” at No. 2 and ENHYPEN’s “Drunk-Dazed” at No. 3.

ITZY’s “In the morning” rose to No. 4 this week, while Jung Dong Won’s “My Favorite” rounded out the top five. 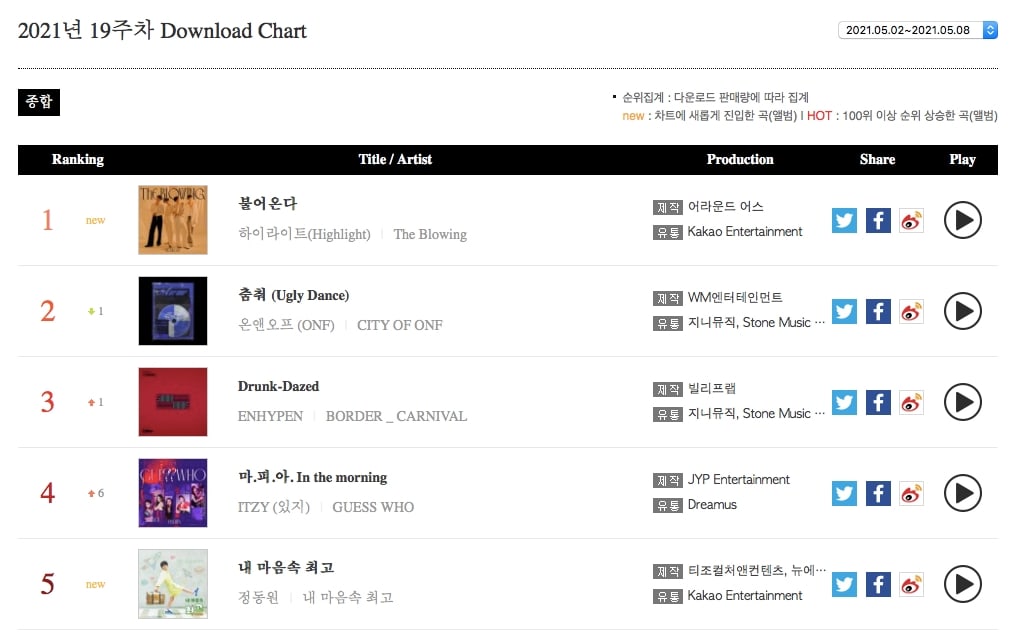 Brave Girls maintained their double crown with “Rollin’” for another week, topping both the overall digital chart and the streaming chart with the smash hit song. The group also claimed No. 4 on both charts with their most recent title track “We Ride.”

Justin Bieber’s “Peaches” (featuring Daniel Caesar and Giveon) came in at No. 2 on this week’s overall digital chart, followed by IU’s “LILAC” at No. 3. and SG Wannabe’s “Timeless” at No. 5. 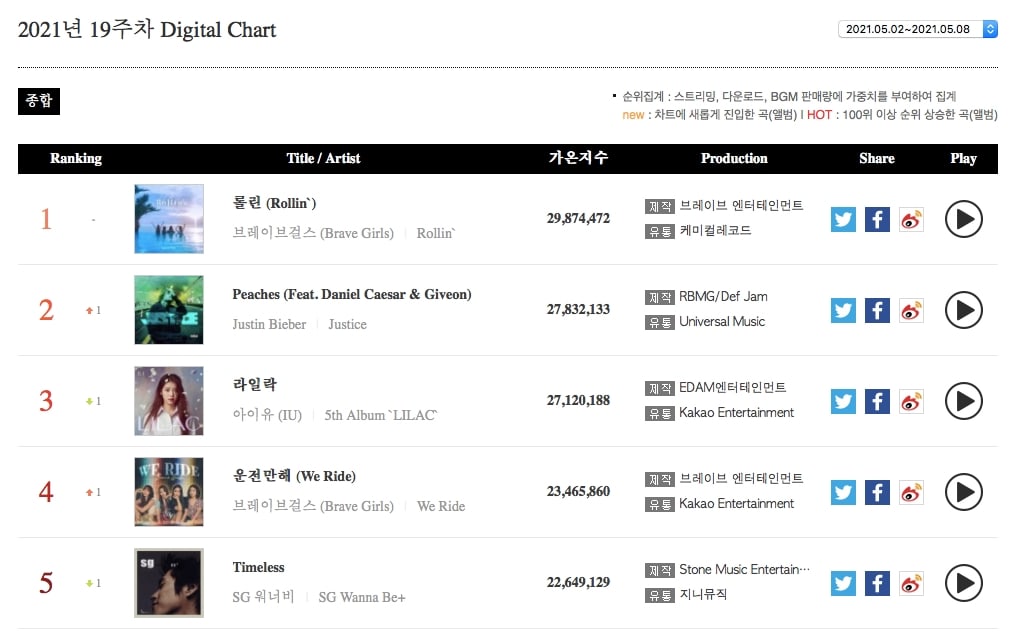 The top four songs on this week’s streaming chart were exactly the same as the overall digital chart: Brave Girls’ “Rollin'” came in at No. 1, Justin Bieber’s “Peaches” (featuring Daniel Caesar and Giveon) at No. 2, IU’s “LILAC” at No. 3, and Brave Girls’ “We Ride” at No. 4.

Finally, IU’s “Celebrity” rose to No. 5 on this week’s chart. 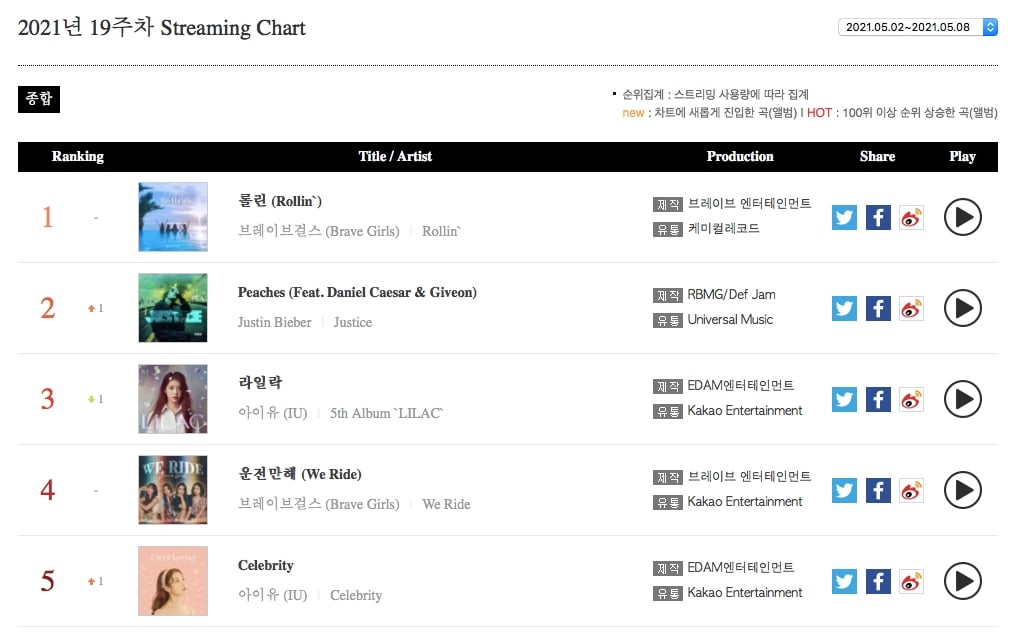 BTS continued their reign at No. 1 on Gaon’s Social Chart 2.0 this week, while BLACKPINK and Im Young Woong held onto their respective spots at No. 2 and No. 3. Kim Ho Joong followed at No. 4, and TWICE rounded out the top five for the week. 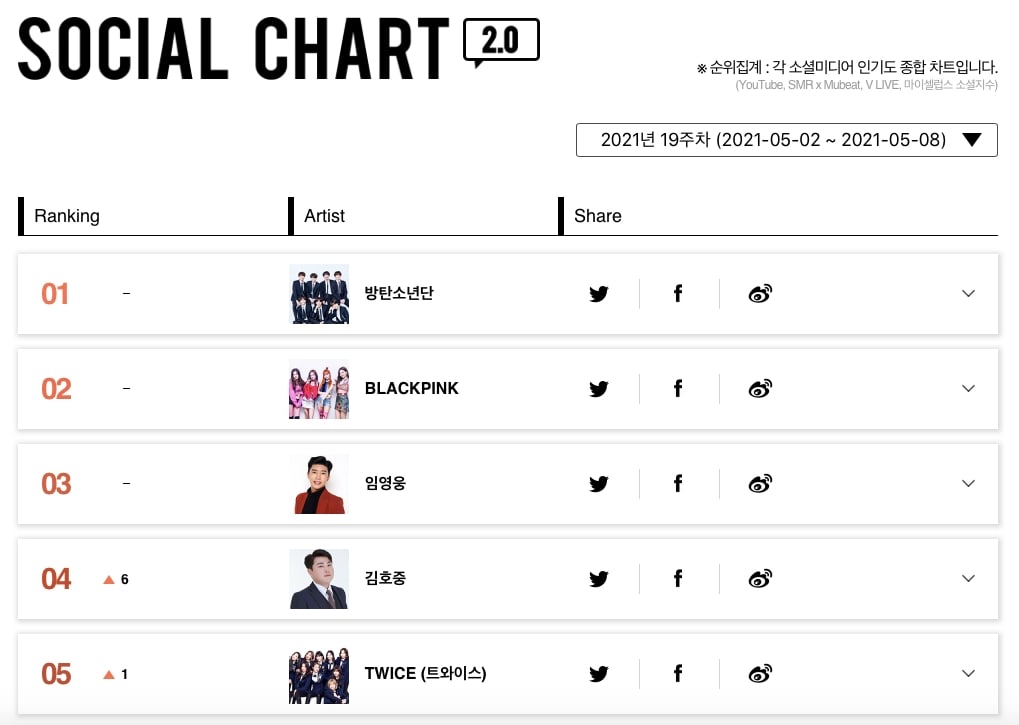