BTS Maintains Double Crown On Gaon Weekly Charts As IVE And (G)I-DLE Rise To No. 1

Gaon Chart has revealed its chart rankings for the week of June 12 to 18!

BTS maintained their double crown on this week’s charts, topping both the physical album chart and the social chart for the second week in a row. The group’s new anthology album “Proof,” which debuted at No. 1 last week, held onto its spot at the top of the album chart again this week.

aespa’s 2021 mini album “Savage” re-entered the chart at No. 3 this week, while OMEGA X’s first full-length album “Story Written in Music” debuted at No. 4. 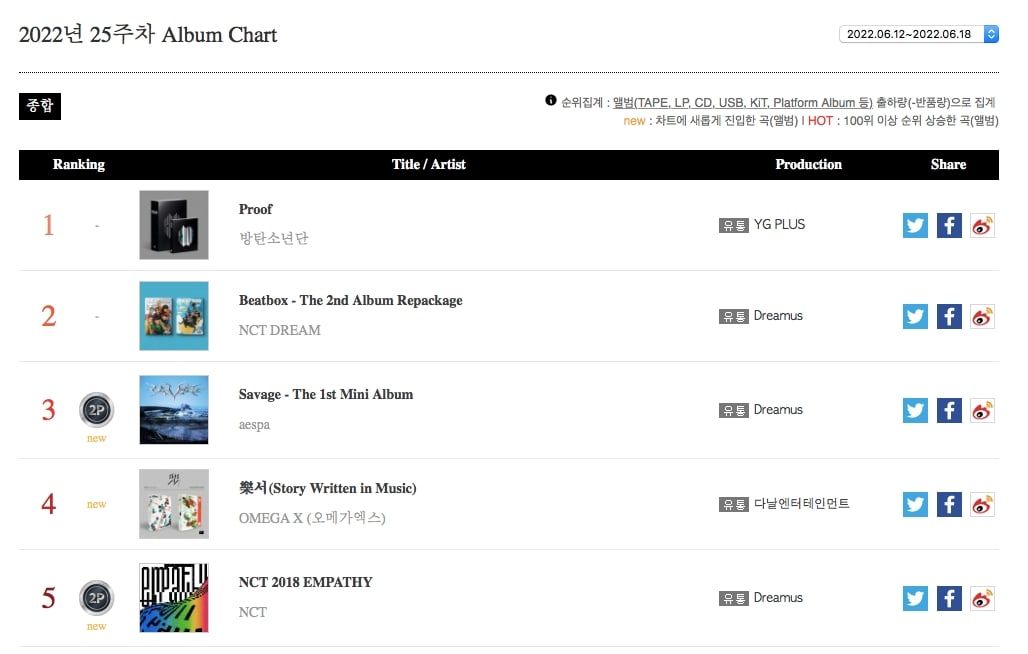 Over two months after its release, IVE’s smash hit “LOVE DIVE” rose to No. 1 on the overall digital chart.

BTS’s new title track “Yet to Come” climbed to No. 4 on this week’s chart, while MeloMance’s “Love, Maybe” (from the OST of “A Business Proposal”) rounded out the top five. 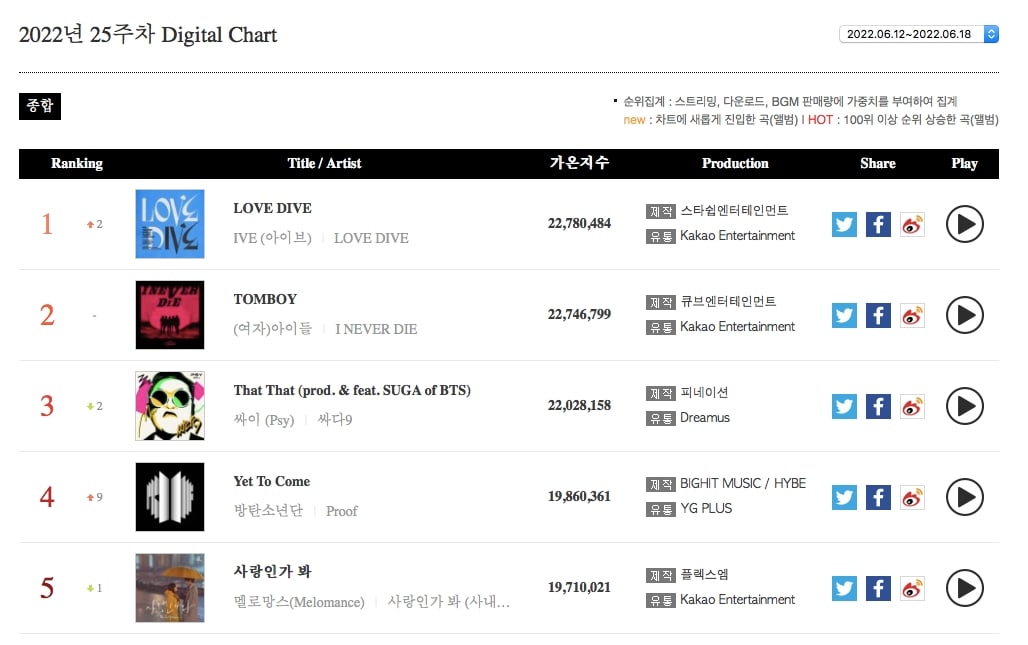 Three months after its initial release, (G)I-DLE’s hit song “TOMBOY” climbed back up to No. 1 on this week’s streaming chart.

Finally, BIG Naughty’s “Beyond Love” (featuring 10cm) came in at No. 5 for the week. 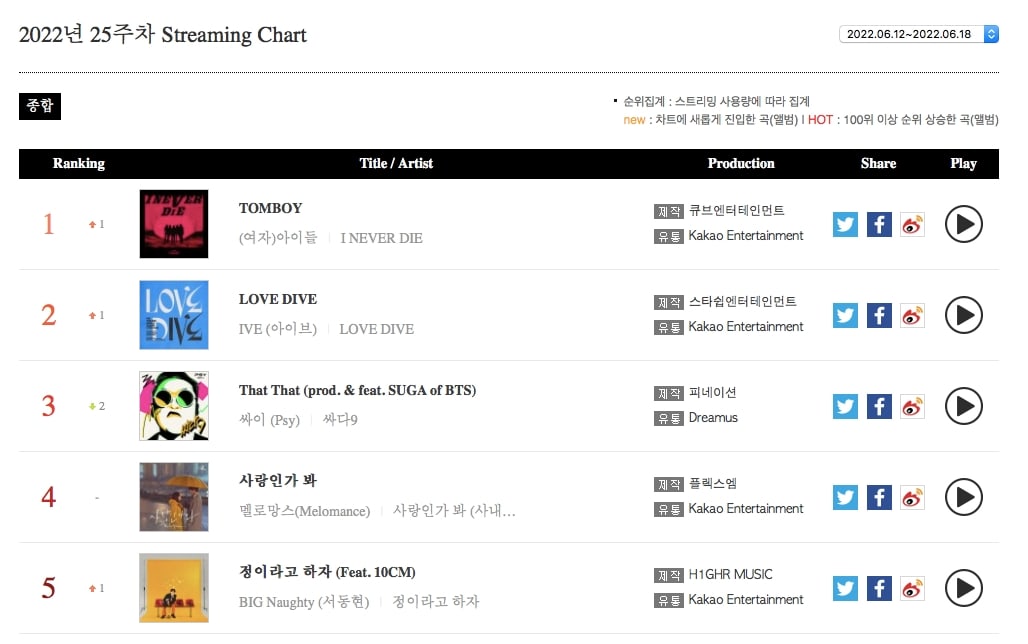 Lim Young Woong swept the top three spots on this week’s digital download chart, with “If We Ever Meet Again” at No. 1, “Our Blues” at No. 2, and “Rainbow” at No. 3.

Kim Ho Joong’s “Person who shines” debuted at No. 4 this week, while Seo In Guk’s “MY LOVE” (featuring VIXX’s Ravi) entered the chart at No. 5. 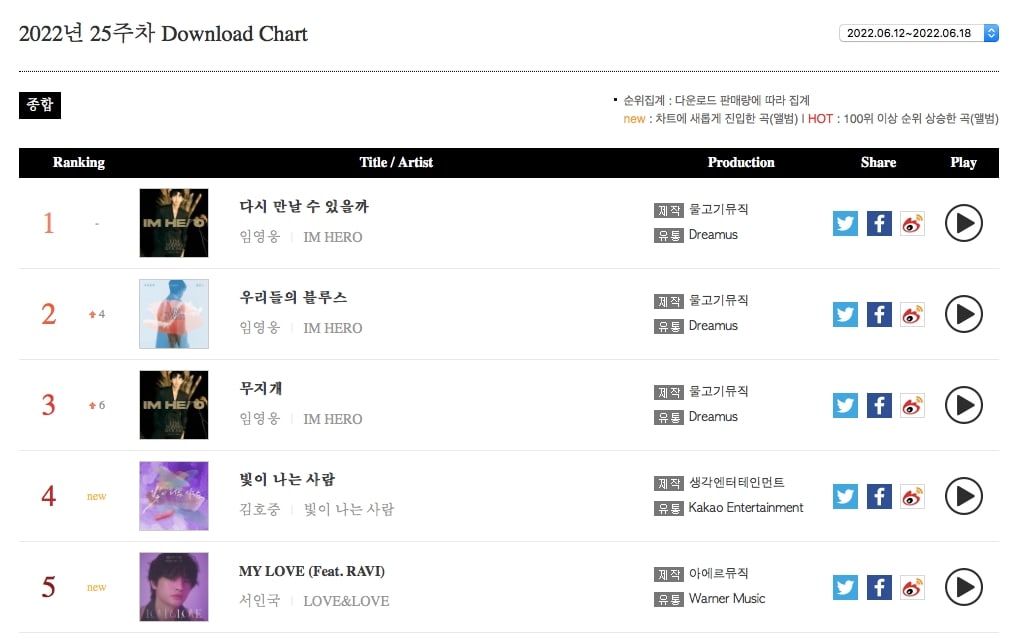 BTS held onto their spot at No. 1 on this week’s social chart, with BLACKPINK defending their position at No. 2.

BLACKPINK’s Lisa rose to No. 3 for the week, while Jessi and Lim Young Woong rounded out the top five at No. 4 and No. 5 respectively. 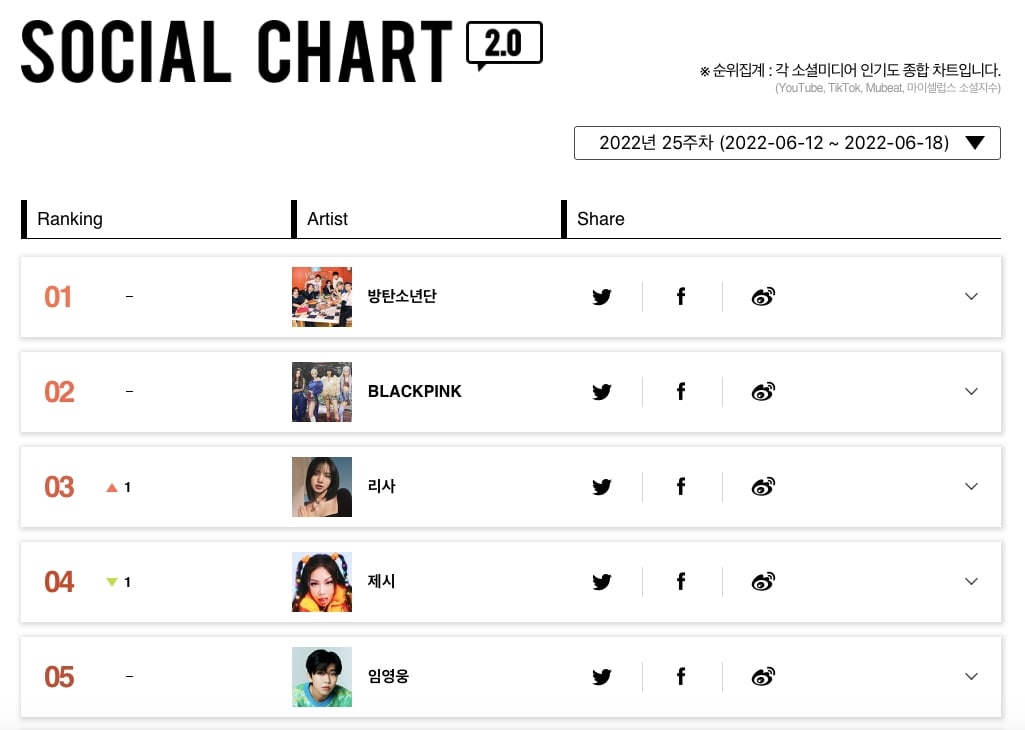